Leifiifi College with their bonus try to secure their place in the semi-finals (Photo: Francis Faalili)
Samoa Rugby Union

Four teams are in with a shot of winning the Schools Invitational Sevens tournament at the Apia Park. 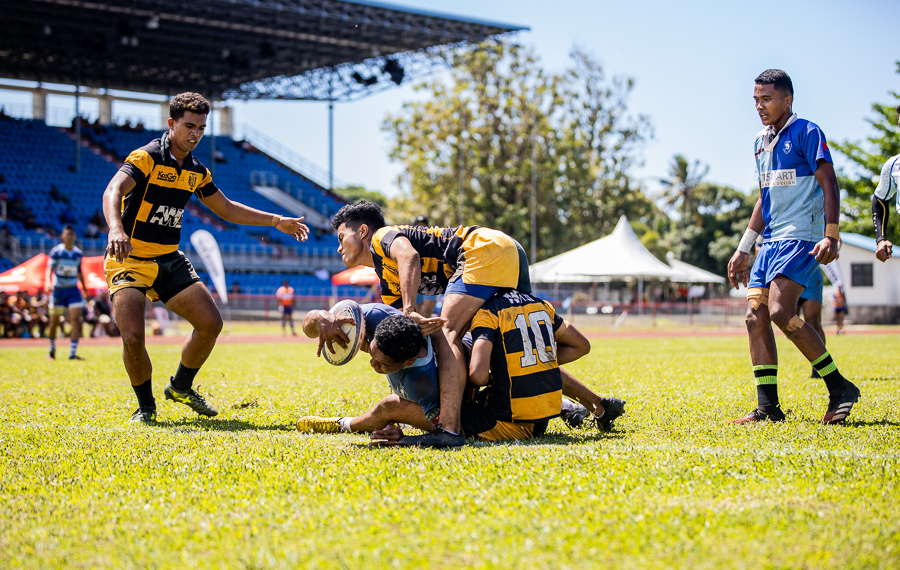 After a long day of battling out on the field, the last remaining teams will have a chance to be named the champion of this year's premier schools rugby tournament. 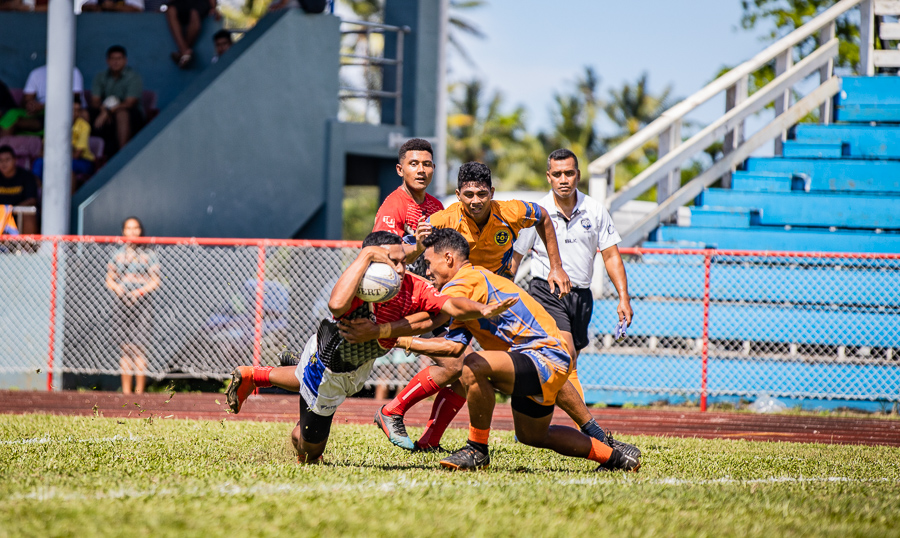 The first day was a tough one for all the schools at the competition. 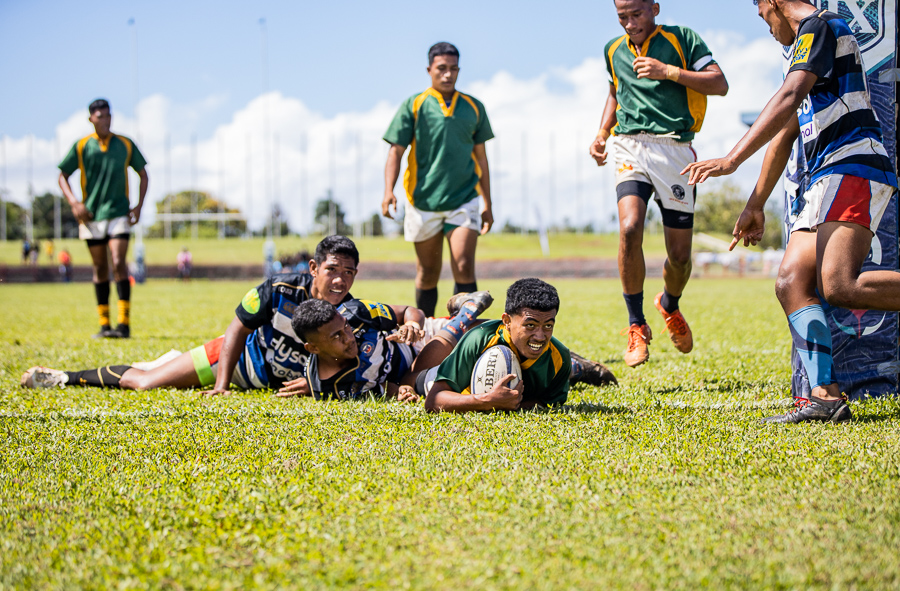 One of the sad moments of the day was when a player from Leifiifi College got injured during their clash with Vaiola College.

He had to be evacuated to the hospital by ambulance.

Hundreds of parents, supporters, students, and fans were all at the Apia Park Stadium to support their teams.

The four teams from Savaii were unsuccessful in securing a place in the semi-final. 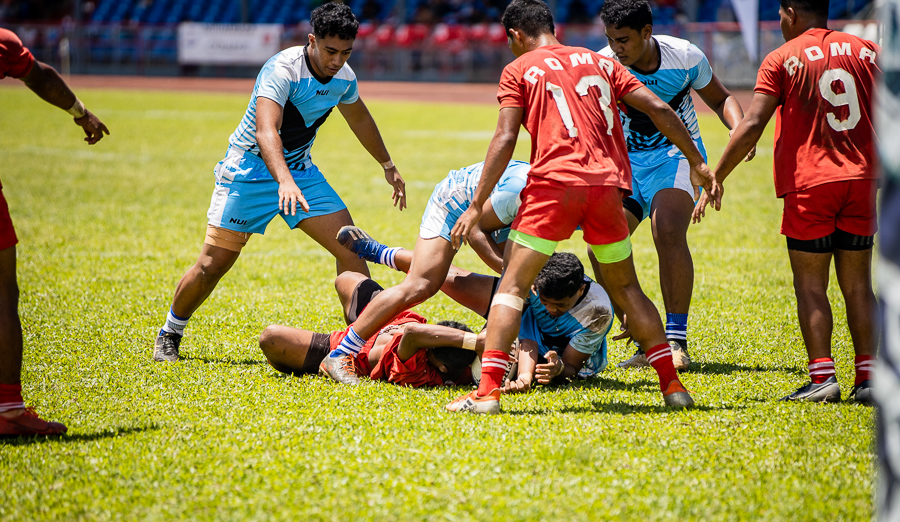 These teams are all looking forward to the last day of their championship, as they all want to get the title and trophy. The battle isn't easy for them but they have showcased their talents and their ability to represent their schools. 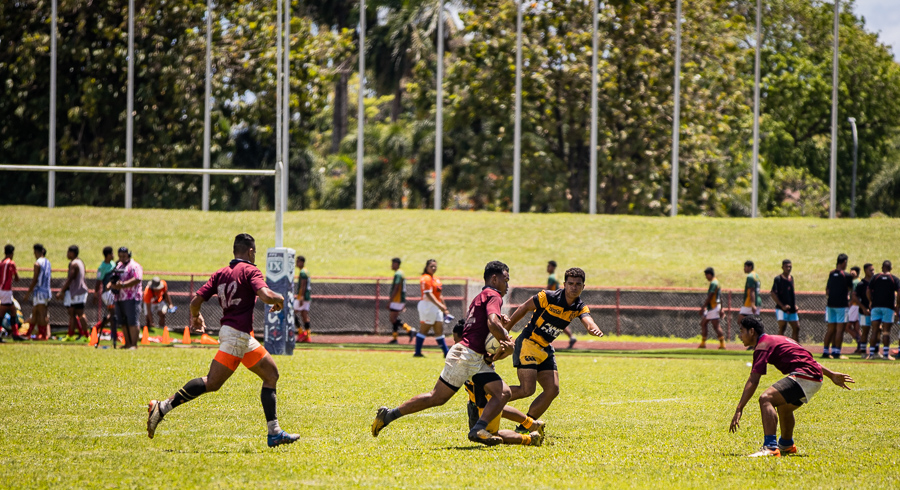 *This story has been changed to reflect changes made by the organisers this morning. Leulumoega Fou College is now one of four teams in the semifinals, not Safata.