St. Mary's will be looking to end their season on a high with a repeat of an earlier win against the Flames. (Photo: Aufai Areta Areta)
Netball

The stage is set for the finale of the PFL National Netball League this Saturday at the Multipurpose Netball Gymnasium Tuanaimato.

There, the Apia East Flames will take on St. Mary's Sports Club in the A-Grade final. And after a long 10 weeks of competition, only one team will emerge victorious.

St. Mary's are heading to the final as the red hot favourites. With an unbeaten record so far, they also handed the Flames a 41-21 defeat the first time they met.

But the Flames, a new team in the competition, has only grown from strength to strength and they will be looking to avenge that earlier loss.

They brought the heat last Saturday against the United Soulz and won, 44-42, earning them a spot in the final and the chance to end their season on a high.

The Flames was established this year with the hopes of adding more depth to the competition. 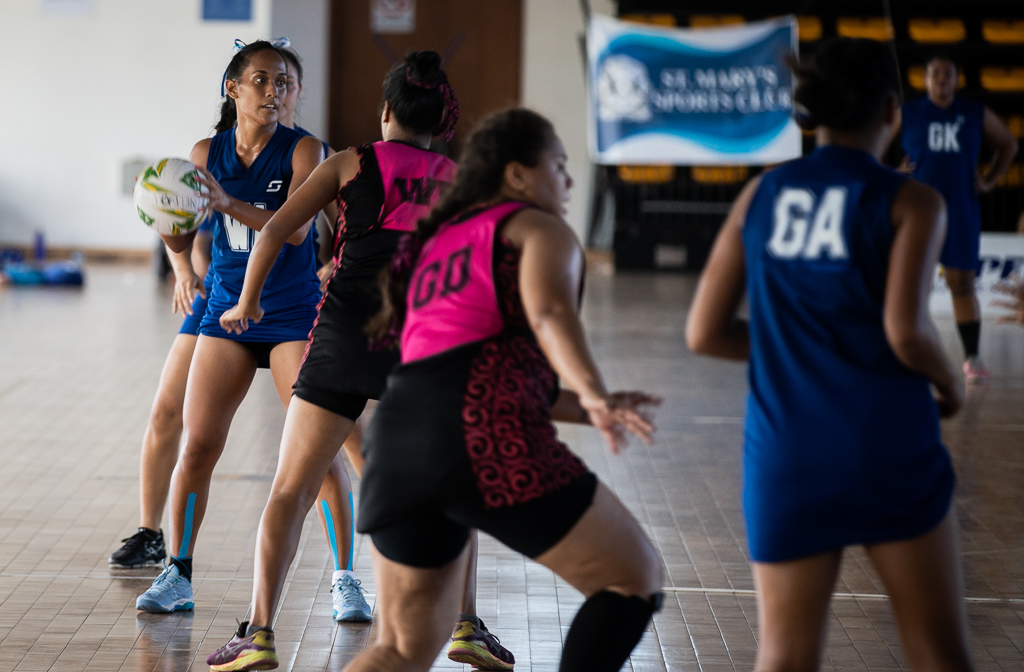 St. Mary's on the other hand pack both the experience and youth and they will be very hard to beat.

"We are looking forward to ending our 10 weeks competition in a high note and seeing everyone having a good time on the netball court," she said.

She added that on Saturday they will have their prize giving for the different divisions.

"This Saturday will be our last games for the 2020 PFL National Netball League. We will also be having the prize giving for our Age Group Divisions (U10, U12, U14, and Development Grade) at 12 noon then followed immediately after will be the Championship matches for the A Grade, Final A Reserve Shield Challenge, and Samoa Men’s Association Championship Finals," she added.