The Faleata Rugby Union management hosted an awards night to recognise the contribution of referees during their 10-a-side and seven series that ended last week.

Faleata Knights Patron, Prime Minister Tuilaepa Dr. Sa'ilele Malielegaoi, gave the keynote address at the event on Friday night and highlighted the role of referees during sporting competitions and the need for the sporting community in Samoa to promote professionalism in the game through good refereeing.

There are so many criticisms against players and coaches, but the truth is for the long run and the improvement of the sport and talents depends on the match official, who is responsible for the running of the game,” he said.

“If the match official is good then no doubt the players will surely follow the rules of the sport. Right now, in the world, they are disgusted to see someone who plays like we used to, with our foul plays and the lack of discipline shown.” 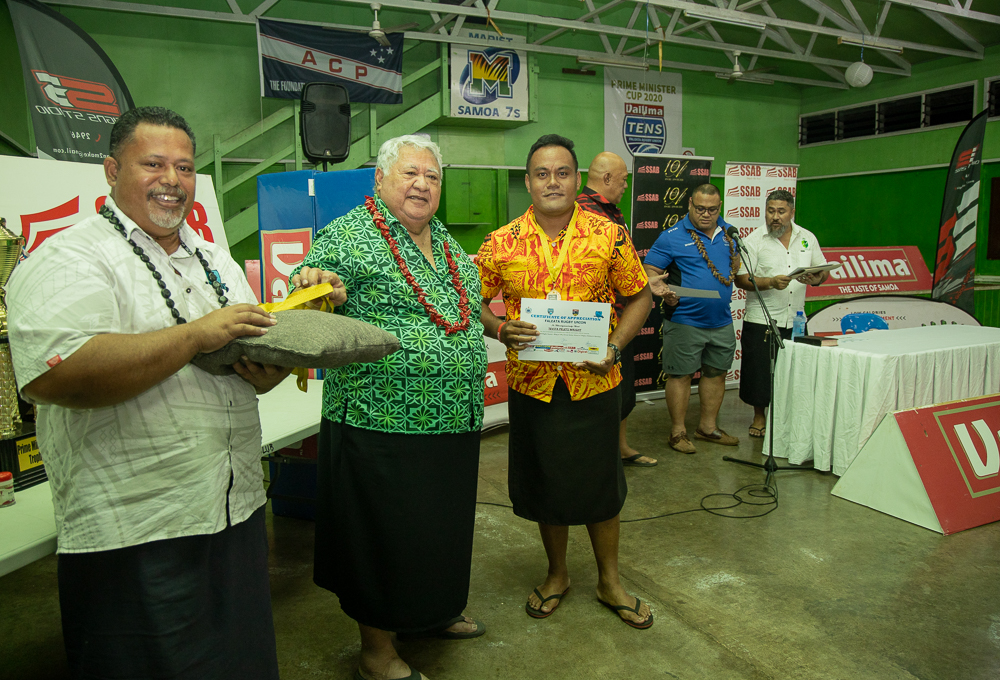 The work of the Samoa Referees Association also came under scrutiny with Tuilaepa challenging its membership to get their priorities right and focus on areas to improve their work as umpires.

“Our match officials before, they weren’t able to reach the standard they were supposed to. Why? Because they prioritize alcohol and roaming. They don’t give importance to their talents,” the Prime Minister reiterated.”

“For a match official who is passionate about his or her career, wherever the game goes, you follow, meaning you [referee] should be fit than the player. If conflicts arise because you made a wrong call for a try, it only means the player scored the try and you are nowhere near the scoreline.” 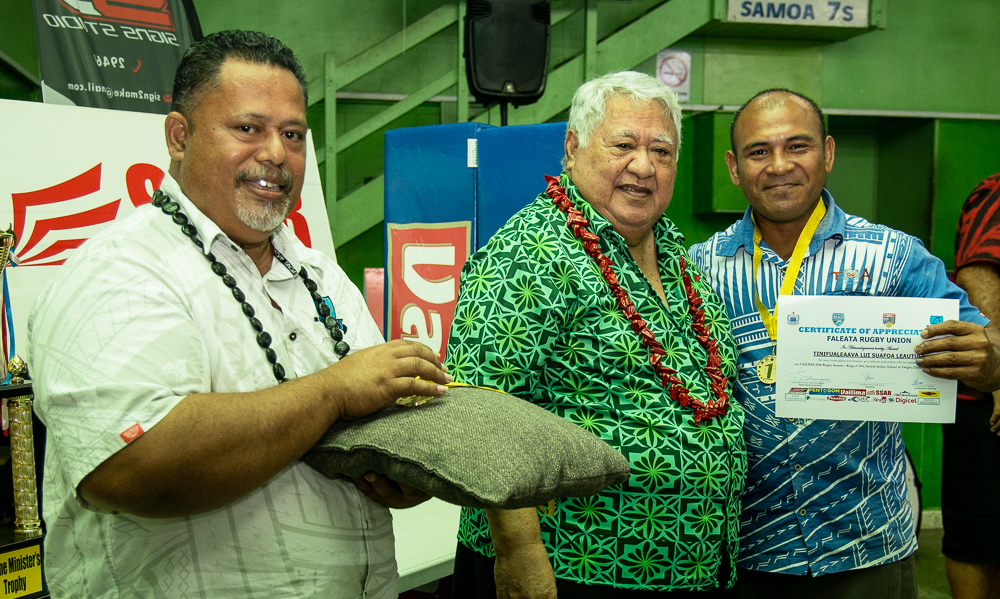 There is also a need for referees to take their work seriously in order to move the country to the next level, Tuilaepa added.

“Learn the rules of the sport well and make a difference, by lifting Samoa’s position to the next level. We had one match official who made it far but he also failed to keep his position all because of alcohol,” he emphasised.

“We encourage you all not to turn a blind eye to foul plays done by players when you know there is a conflict of interest. Be professional with the sport and continue with the hard work and stay away from alcohol.”

A rugby union and rugby league senior match official, Tinifualeaava Lui Suafoa, was presented with a certificate of recognition and a gold medal for his 22 years of service to the games.

“We [match officials] would like to thank the Honorable Prime Minister, Faleata Knights, Marist, and everyone who has put together this great night,” he said. 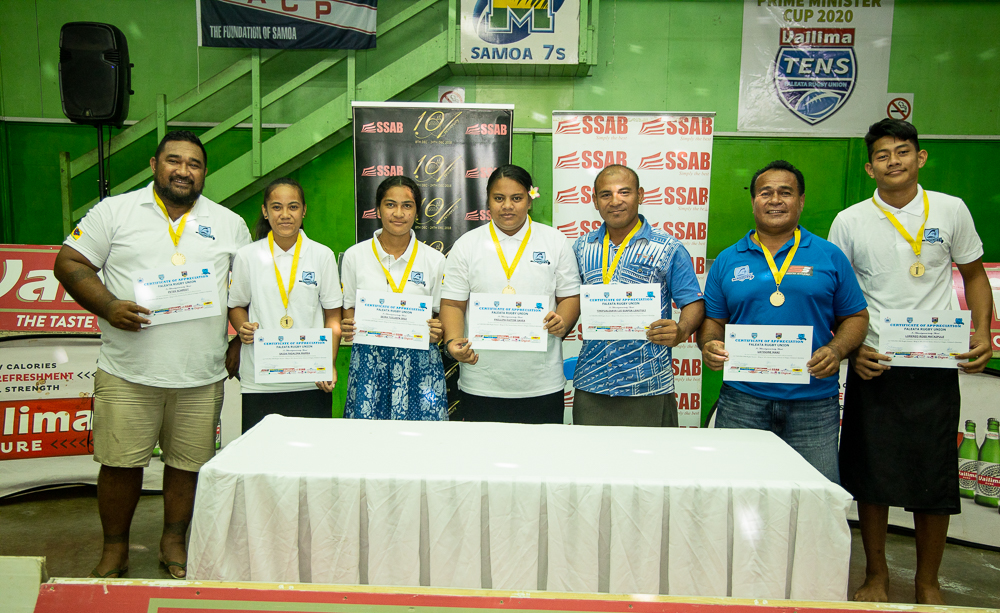 “We are grateful and blessed with everything they have done for us. They are the first union to do this and it is honored to serve this union throughout the past few months.”

Tinifualeaava first started as linesmen at the Laulii Lions tournament, and then moved on to Faasaleleaga union and Tuamasaga union before joining the Faleata union.

“From all the unions I have served, this is the first union that has done this and I am indeed overwhelmed. I stay in Savaii but I always come to Upolu to serve and to make use of my talent.”

Vainuu Jaws Mulifanua has conquered Satupa'itea, 12-5, to win the Savai'i leg of the Vodafone National Sevens Series for women.