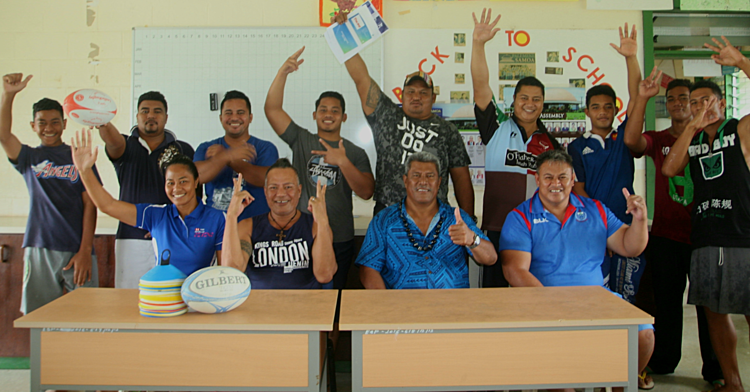 Developing rugby on the big island of Savai'i

Enhancing the coaching skills and knowledge of rugby coaches in different schools in Savaii is the main drive behind a training being carried out in Savaii this week.It is conducted by the Samoa Rugby Union.