IWAKI, JAPAN - The Manu Samoa had their last official session with fans in Iwaki on Saturday morning, putting on coaching clinics for local rugby players at Iwaki F.C..

The clinics have capped off Samoa's time in Iwaki with the team moving on to their official World Rugby camp in Yamagata on Sunday.

Manu Samoa Team Manager, Vaaelua Aloi Alesana, spoke to the local players about the growing bond between Samoa and Iwaki.

He said they've seen the resilience of the region in how they have recovered from the devastating earthquake and tsunami in 2011:

"It’s shown us that no matter tough things can get - if people work together as a team then they can overcome any challenge, and this is something that we will take from Iwaki and with us into the World Cup," he said.

"From this visit we have started something special - and we would like to invite the rugby community of Iwaki to come and visit or tour Samoa one day.

"We would love to host you and show you the same love and hospitality that you’ve shown us this week."

Before the clinic began there was a presentation made to Manu Samoa by Spa Resort Hawaiians, who worked with Eveni Carruthers on making a shirt commemorating the Manu's time in Iwaki. 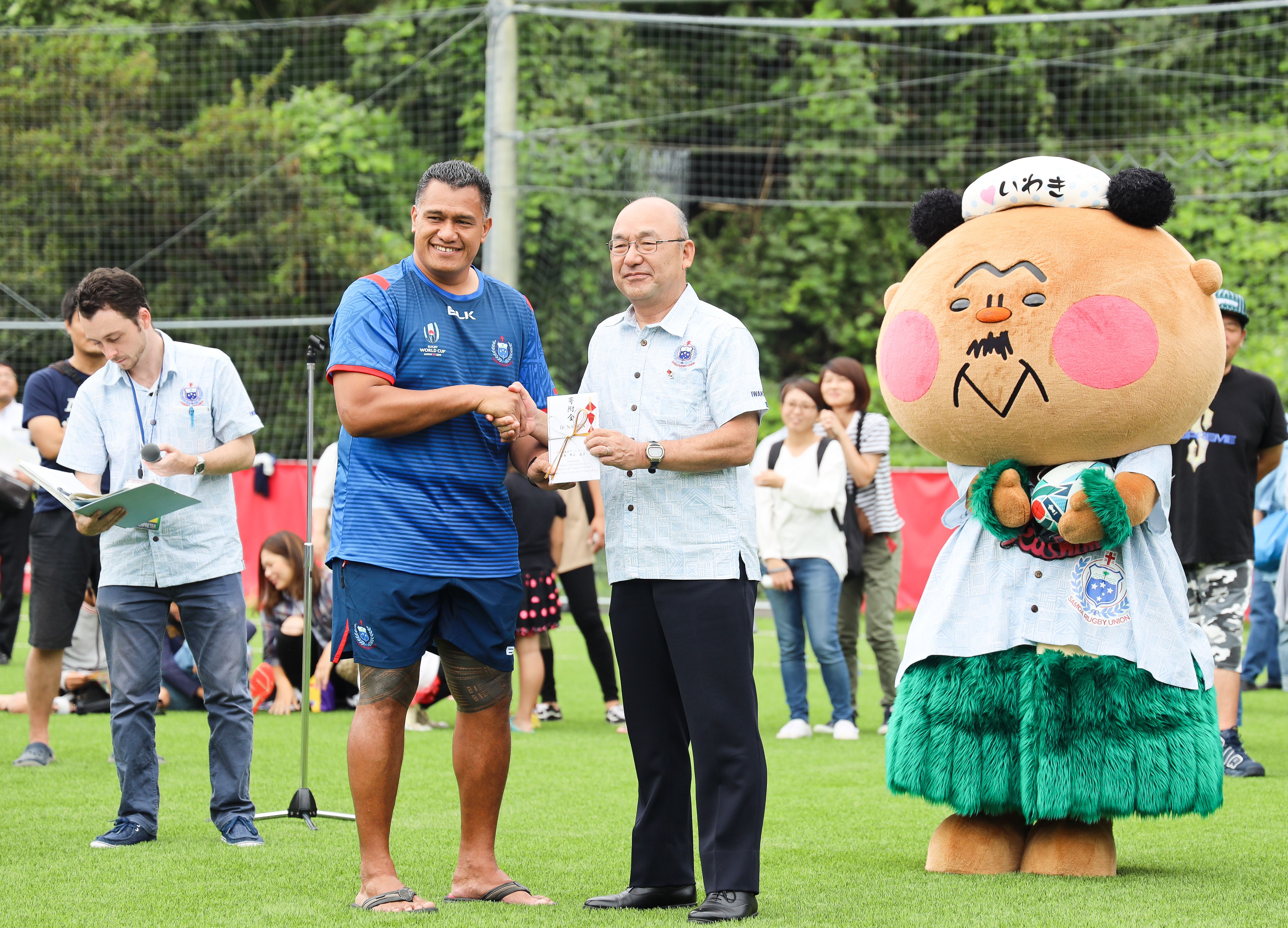 The shirt has apparently sold well, and they donated a portion of the proceeds from sales to the team for their Rugby World Cup campaign.

Vaaelua noted it was nice to see a Samoan manufacturer in Eveni Carruthers on the international stage.

"Eveni Pacific is proud to be associated with the presentation by the Iwaki City Council of a traditional elei designed shirt, as a special gift of  of friendship from the people of Iwaki City to welcome the Manu Samoa rugby team," said Lisa Vaai, the Japan exports representative for the company.

The Manu Samoa had a final goodbye lunch with the Mayor of Iwaki Toshio Shimizu on Saturday.

The St Mary’s Sport Club A grade netball team continues to dominate with a solid performance despite a strong challenge by United Soulz.

A community in Vaitele-tai village have decided to take it upon themselves to assist families improve their standard of living and even pay school fees for those who are struggling.