Over a quarter of the 31 All Blacks selected for the 2019 Rugby World Cup next month have Samoan heritage.

They will take eight Samoans to Japan and head coach, Tupuivao Steve Hansen, said it’s exciting to have a strong Polynesian influence in the squad.

“They bring something special to the game in New Zealand,” he said.

He said their warm-up game against Tonga on September 7th should be a great occasion, and it’s hugely important for New Zealand to support the island game.

“If we want rugby to grow then we have to have a strong Pacific.”

In the 2013 census, 144,138 New Zealanders identified themselves as being of Samoan ethnicity

This is around three percent of the overall population at the time of the census, so Samoan New Zealanders are hugely overrepresented in the All Blacks' squad.

Samoan-born Nepo Laulala was selected along with Angus Ta’avao among the team’s five props over 108-cap tighthead Owen Franks, who Tupuivao described as one of the great All Blacks.

Sa’u Patrick Tuipulotu was named as one of four locks, beating out Jackson Hemopo and Vaea Fifita after starring in the All Blacks 36-0 win over Australia in their last match. 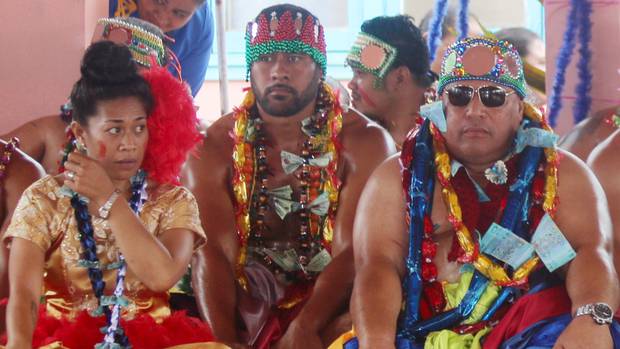 Ardie Savea was also brilliant in that game at blindside flanker, and will be a key part of the All Blacks loose forward group following his exceptional Super Rugby campaign with the Hurricanes.

Tupuivao said people have grown accustomed to big “grizzly bears” at six for the All Blacks like Justin Collins and Jerome Kaino, an archetype that Savea doesn’t necessarily fit.

But the coach said, “Anyone that’s tried to stop Ardie would suggest he’s bigger than he looks.”

First five Richie Mo’unga picked up a shoulder niggle in that Bledisloe Cup decider, but Tupuivao said he should be right going forward.

“Will we see him against Tonga, we’ll have to wait and see.

“If it was a World Cup final the answer would probably be yes.”

Assistant coach Ian Foster said picking Samoans Sonny Bill Williams and Anton Lienert-Brown  over Ngani Laumape was a “tough call”, but they got the nod alongside Jack Goodhue and Ryan Crotty.

“We’ve got five really quality guys that we were happy to pick.”

There were also some tricky decisions in the outside backs, but wing Rieko Ioane (son of former Manu Eddie) made the cut despite being below his best in 2019.

All Blacks selector Grant Fox said the recent form of newcomers Sevu Reece and George Bridge has created some good headaches in those positions.

“We’ve had a couple of guys who’ve been incumbents who haven’t been at their best over the last couple of weeks.”

Another Australian sportsman in trouble due to bubble breach

Another Australian sportsman in trouble due to bubble breach