Wesley brothers Mekeli, Russell and Tai have led Guam into back to back gold medals in the Pacific Games campaign.

Youngest of the three, Tai Wesley has been a professional player since 2011 and is currently signed on a three-year deal with the South East Melbourne Phoenix club in Australia.

In their last game that secured the gold against Tahiti with 83-74, Tai was top scorer with 24 points, pulled down eight rebounds, two steals and blocked one shot.

In semi finals against Papua New Guinea with 122-67, Russell Wesley was top performer with 19 points, 11 rebounds, one steal and block.

Tai was also included in the top five players of the recently concluded Pacific Games who made it to the prestigious All-Star Five.

"I was at the last one four years ago and the competition has really gone up from every nation. It’s good to see, it’s beautiful.

"Basketball is growing, and getting bigger and more popular and that’s what we wan," he said.

Tai said Samoa has been a beautiful place to host the Pacific Games and that they have enjoyed seeing the island and experiencing the culture. 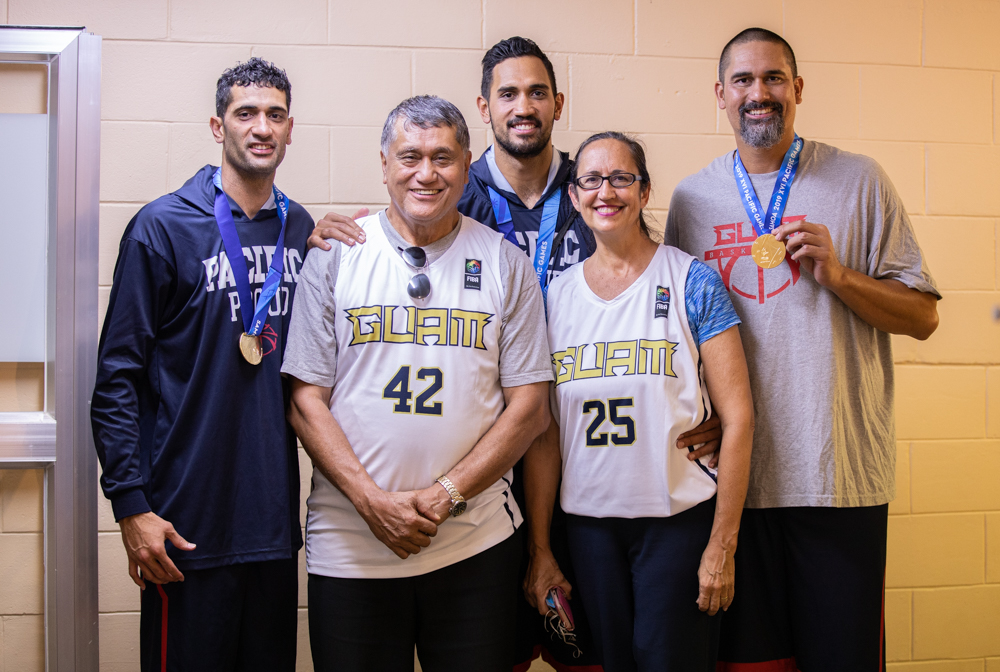 "We love it, we’ve actually been able to go to the To Sua trench, we did Papaseea sliding rocks, and we did the cave pool, so it’s been unbelievable, beautiful. The beauty that this island has is crazy.

"I would love to come back any time, I’d love to bring my family, my kids and my wife," he said.

Asked what his secret is to becoming a professional basketball player, he said he just followed his brothers.

"You know from an early age I just wanted to be like my brothers, and I watched them develop and get better, playing at university and then professionally. So that was the secret, trying to follow in their footsteps, I had really good mentors and examples," he said.

According to their mother, Susan who was there with husband and father, Hiagi, at the medal ceremony on Wednesday night, said she expected the team to win gold from the beginning.

"They just really come together, even though they don’t live in Guam and can’t practice all the time, they really complement the foreign players I think my boys do," she said.

The most interesting part is the brothers have Samoan and Rotuman connections, and Susan said seeing her sons playing in Samoa was exciting.

"Really excited, we don’t often get to see them all play together because of the age difference. So this is really exciting for us to come here, and my husband’s family lives in Samoa, but we lived in Guam for over five years, and that’s why the boys can play for Guam.

"We’re really excited about it, it was 34 years ago the last time I was here, and I ended up giving birth unexpectedly to my fourth son who’s not playing, but he was born in American Samoa," she said.

The couple altogether have six boys and one girl.