Samoa has been knocked out of the individuals category for both men and women’s squash after losing to New Caledonia at the XVI Pacific Games.

Despite this, Paul Wright, praised his teams’ effort.

“We are out of the individual’s category now after playing in the quarter finals –our teams couldn’t quite make it - it’s a knock out division and we’re out until the doubles start on Wednesday,” he said.

Asked about the challenges faced by his team’s which led to their loses, he said that fitness was a challenge.

“The challenge was fitness – it’s the ability of the team to play one match after another and to endure and hang on in critical rallies – when they need to.

“But overall my team’s effort was fantastic even though some of our players encountered some injuries but we are a working progress.

“At the moment we are sorting out our teams for the doubles and New Caledonia are looking incredibly strong and Papua New Guinea not far behind either. But I think we have a few cards up our sleeves for doubles and we will see what happens,” he said.

He thinks that Samoa has a medal chance in the doubles but he said he cannot guarantee success as squash is unpredictable.

A member of the women's squash team, Lusiana Meredith Thompson, said squash is a challenging game in the sense where the moves by the players become unpredictable.

“You cannot predict how the person will react in terms of their next move. They can give you nine different shots and you can only be ready for one of them in the sense you have to be sharp, fit, and you always have to be on the move, you can’t stay still,” she said. 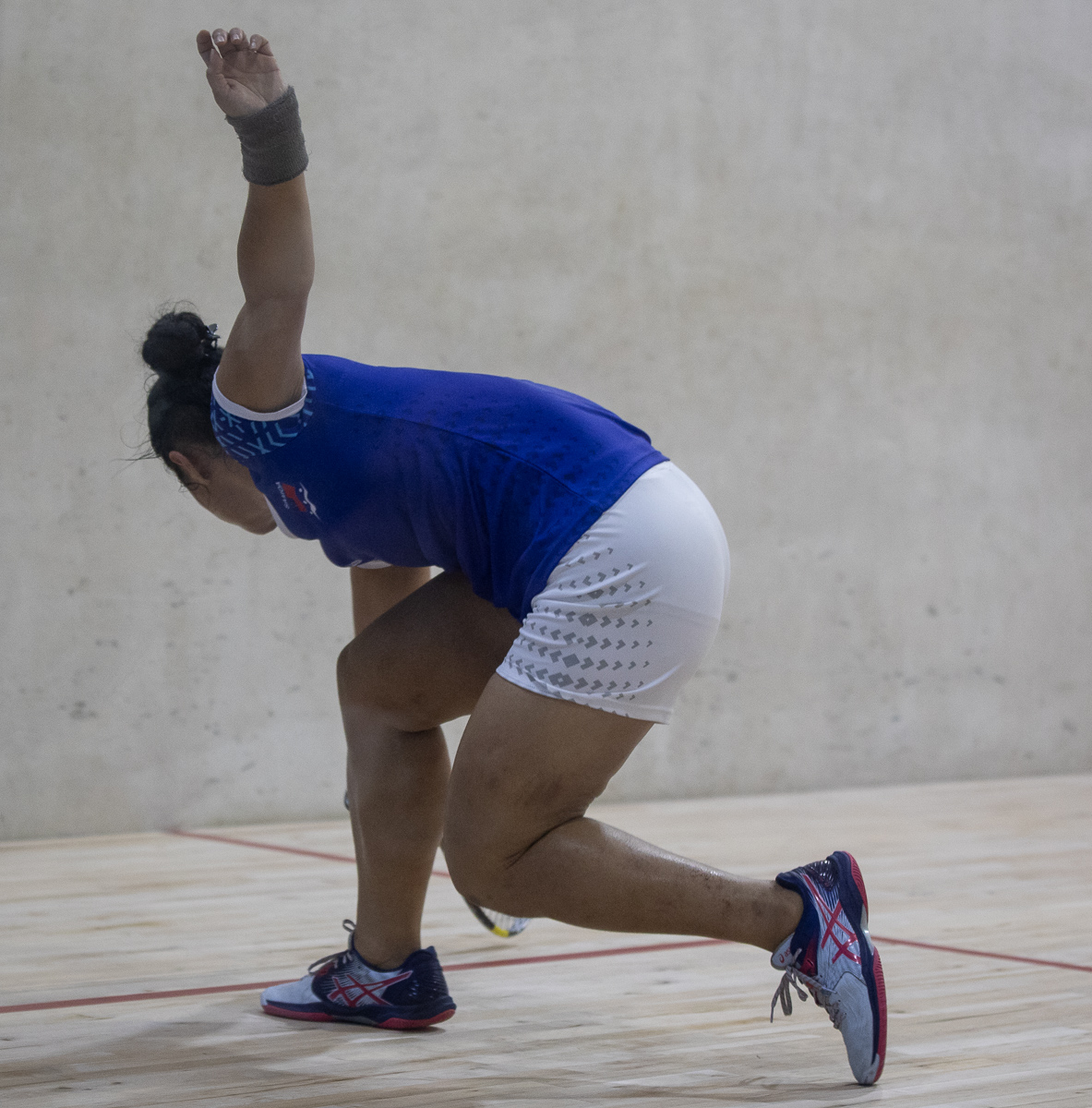 Thompson said that squash is also a thinking game where a player would want to hit the ball with the least chance of their opponent getting it.

“Out thinking my opponent was one of my main challenges and going against an experienced player, you won’t presume how they can play. But I have been playing since I was 14-years-old and was very happy to win against Fiji today.”