Samoa’s two national touch teams have both opened their Pacific Games campaigns with wins, albeit in very different ways, in the first day of the touch rugby competition at St Joseph’s College, Alafua.

The women’s team came from behind three times to defeat Fiji 4-3, while the men’s team ran riot with a 16-1 win over Tokelau.

Samoa’s women’s team started stronger than Fiji, getting some early territory and going close to scoring.

However it was Fiji who got the first touchdown, a runaway effort that came somewhat against the run of play.

Samoa responded, but Fiji scored one back as both teams had their chances to stamp their authority on the game. 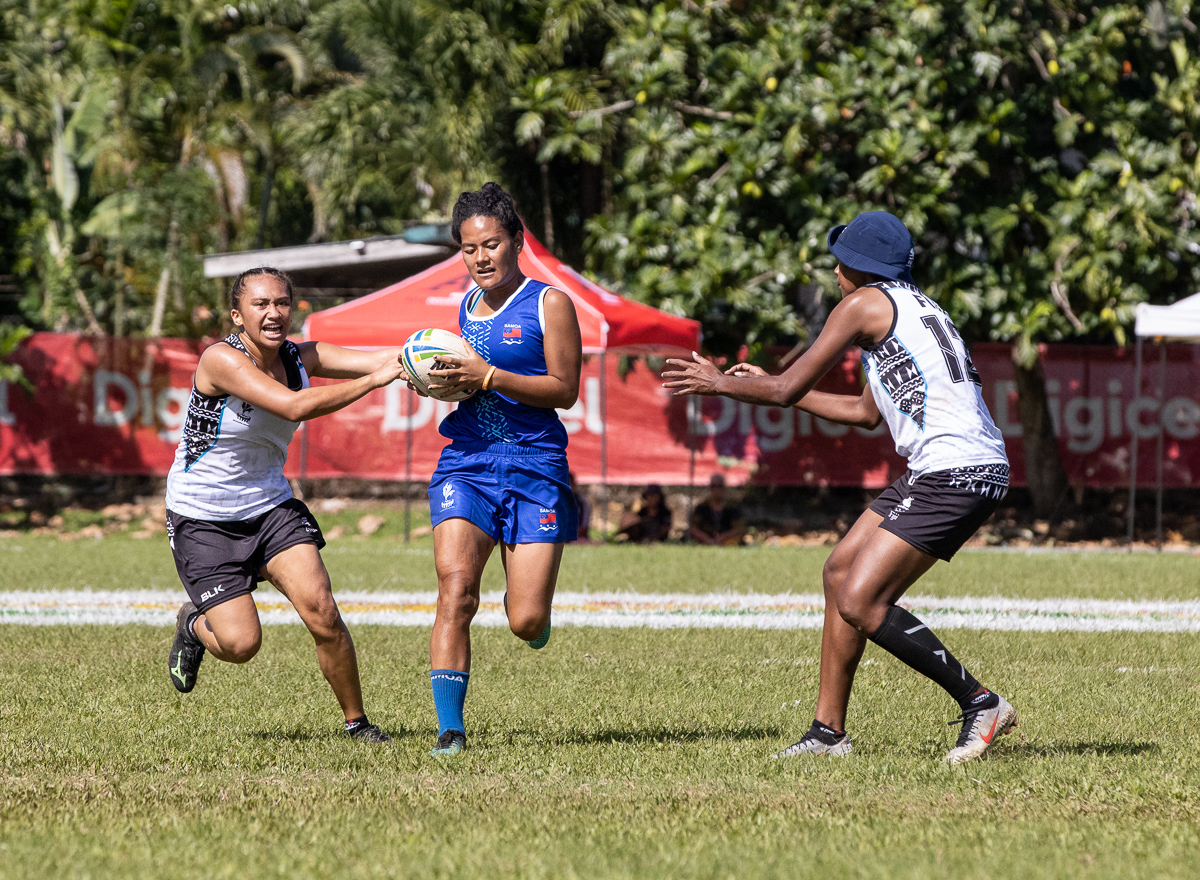 Fiji scored almost immediately after play resumed, and were looking the more likely side to score again, with Samoa appearing to tire.

But they found a second wind, and ran in a try to tie the game at 3-3.

Fiji came close, but couldn’t quite get over the line, and Lote Lima scored the winner for Samoa with only a few minutes remaining. 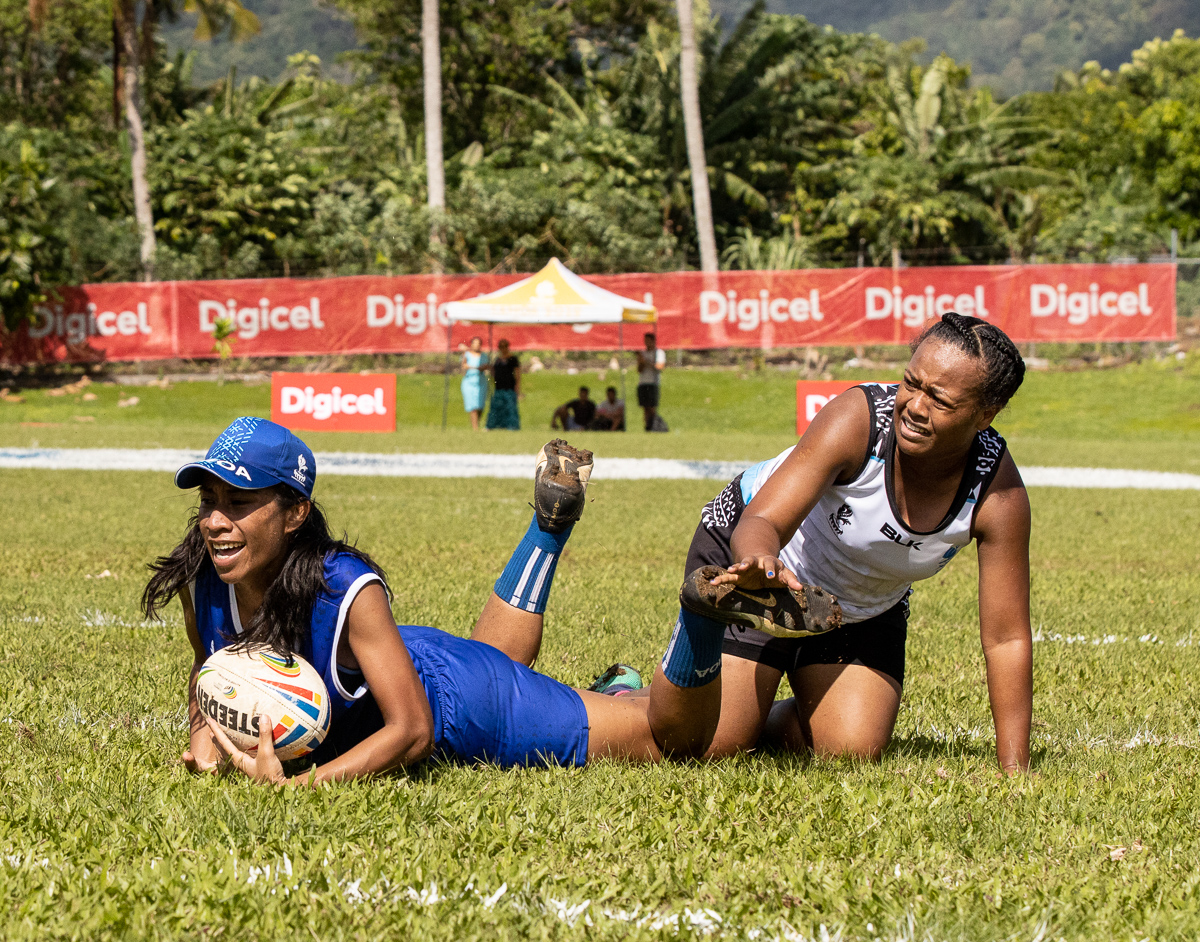 The men’s game against Tokelau played out in almost polar opposite fashion, with Samoa scoring almost immediately, then running in eight further unanswered touchdowns in the first half. 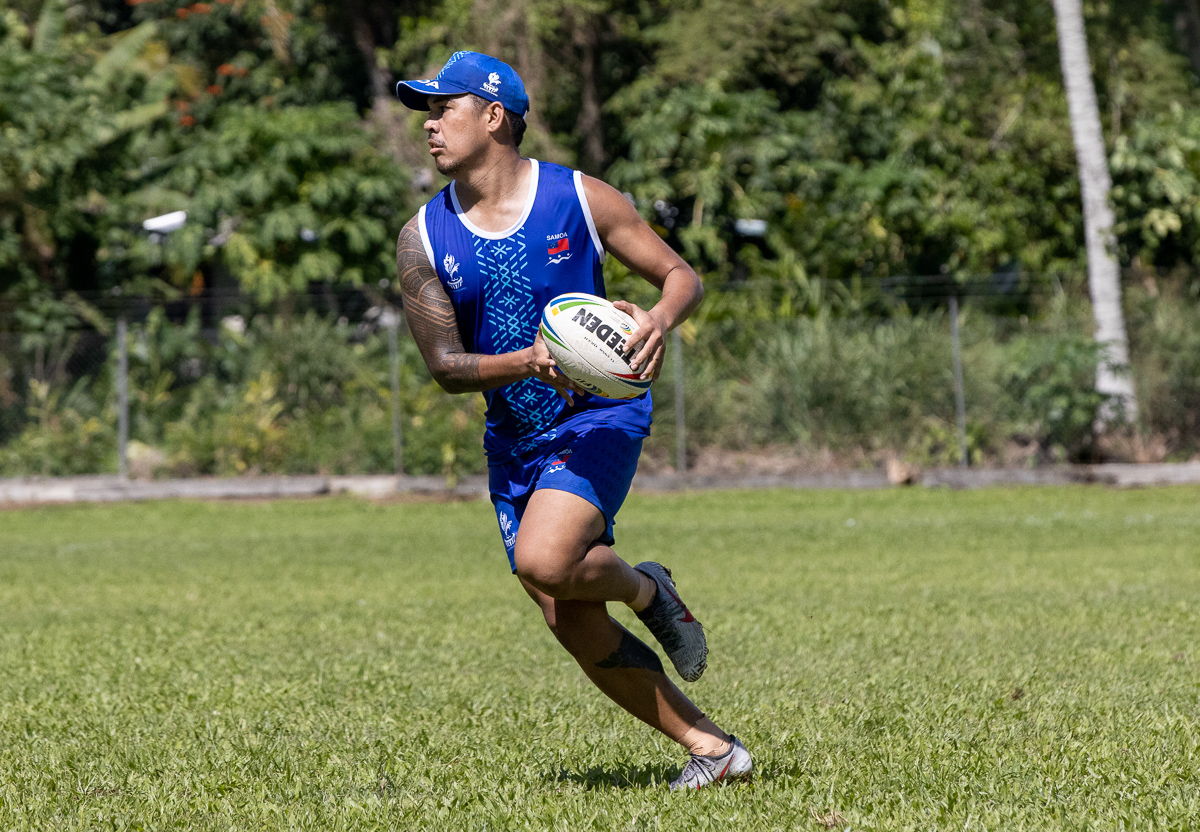 Samoa scored another five before Tokelau got their first, a coast-to-coast score following an intercept on their own goal-line.

It was Samoa that had the last laugh too, completing the 16-1 rout shortly before fulltime. 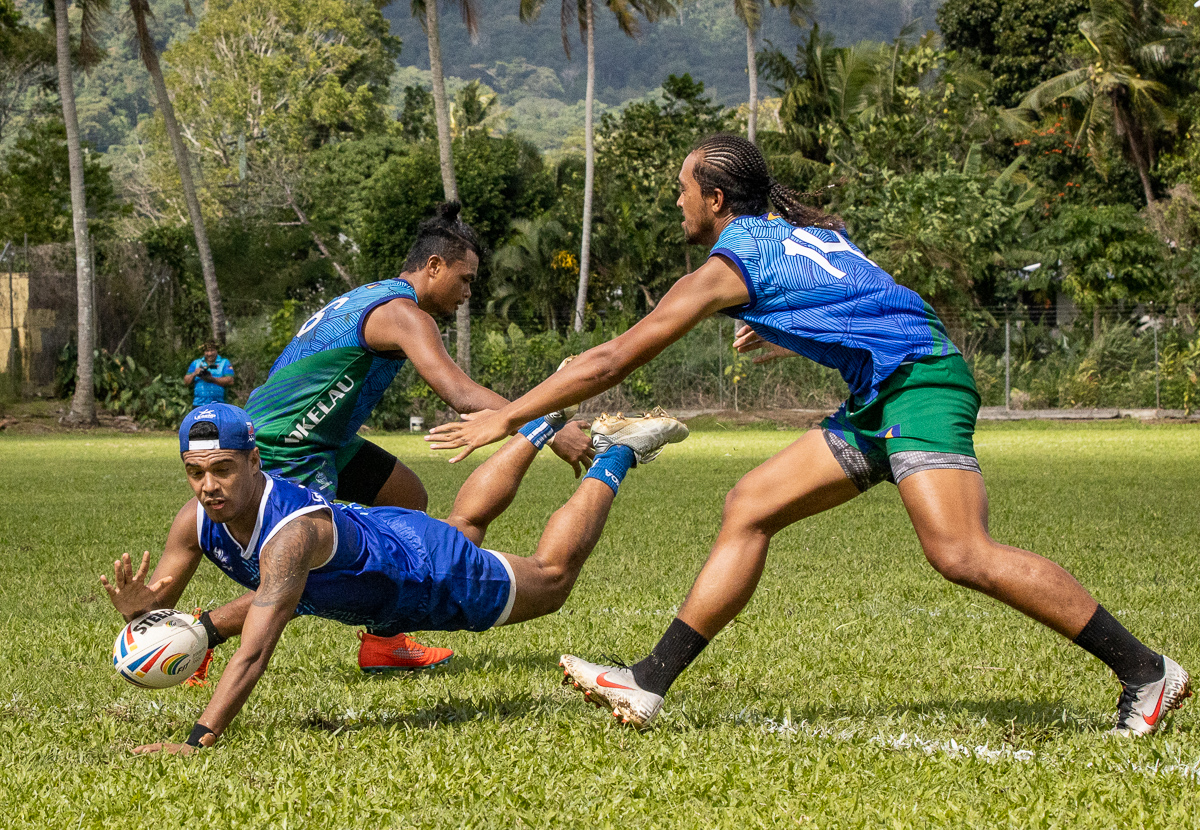 The women's team's next game is against the Solomon Islands at 1:30pm, with the men taking on Fiji at 2:20pm