Samoa is a bronze medal hopeful in archery when it takes on Tahiti in the mixed teams category on Friday.

But should they secure victory, the medal will not go to Samoa's most famous athlete, Tuilaepa Dr. Sa'ilele Malielegaoi.

Seventeen-year-old Mathew is from Lotoso'a, Saleimoa and is Samoa's top shooter in the men's compound division, while 19-year-old Naifoua is a bronze medalist for Samoa.

Prime Minister Tuilaepa, who was in the mixed teams category bronze medal playoff, voluntarily withdrew from Friday's competition to make way for Mathew according to the Government Press Secretariat.

His withdrawal was confirmed by the Samoa Archery President Muaausa Joseph Walter. 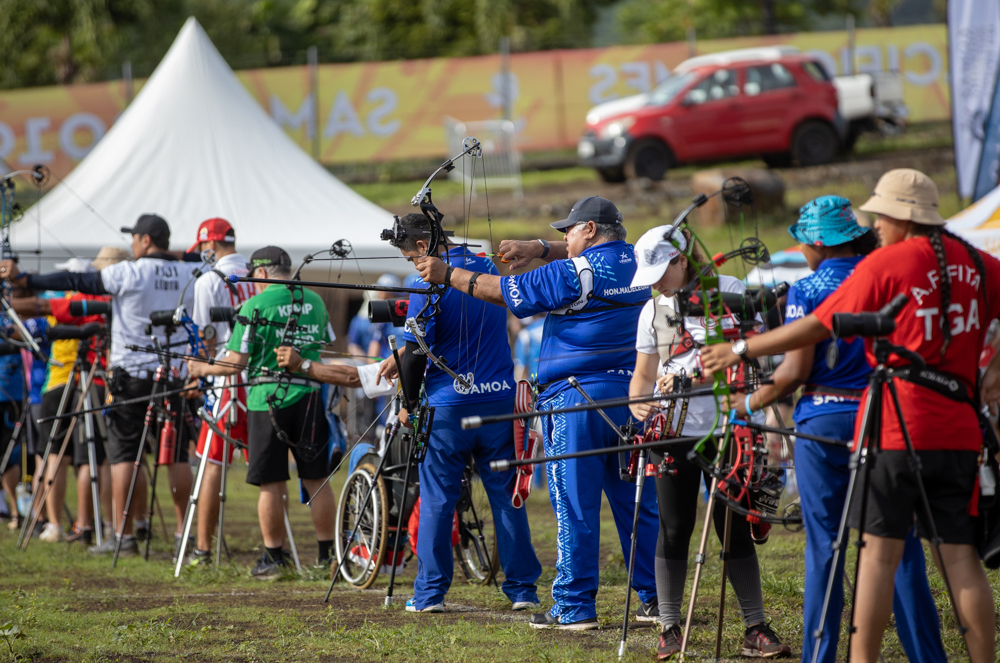 "His graceful withdrawal reaffirms his leadership role to invest in the future of our countries sports who are our young athletes like Mathew.

"And we respect his wisdom and commend him for being a great leader in our organization and our country," Muaausa said in a statement.

Mathew's father, Puiali'i Levi Tauiliili said he is proud his son play alongside the Prime Minister and is grateful for the chance he has given to Samoa's younger generation.

"He is such a great example to our youth, with his age I would not have bothered but our Prime Minister is doing such a great job for our youth, being out here and giving such opportunities to the children.

"And I am so proud of my son playing alongside our Prime Minister, who knew we would have such connections with the Prime Minister, because you know he's a big shot, while my son is not like that.

"He's a kid that comes from a less fortunate family and that's why I take such pride in his sport; who knew one of my children would be talking to our country's leader," he said.

Puiali'i thanked those who are responsible for pushing the sport and recruiting his son, as they never knew he had such talents.

"Nobody knew there was such a talent with our son, because no one grew up shooting arrows and this is also the first time my son has gone to such competitions.

"But I thank those who pushed and developed the sport in Samoa, which has allowed the opportunity for the younger generation to compete in the Pacific Games," he said. 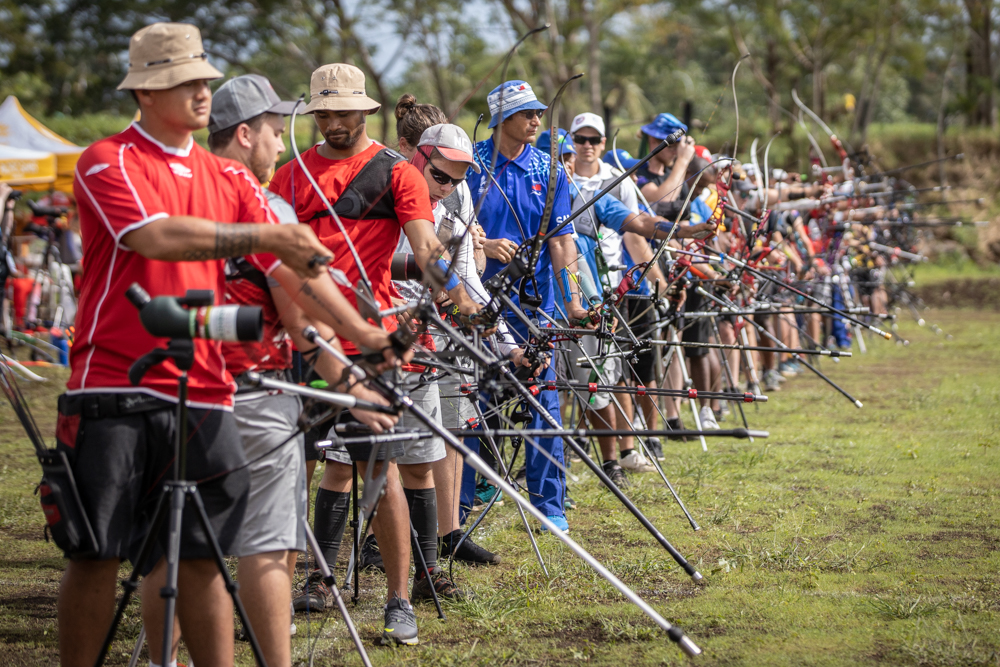