It just was not Samoa’s day as they were humbled 30-10 by the Kangaroos in the final of the Rugby League World Cup at Old Trafford in England.

But that was enough to dampen spirits in Samoa, as fans in Apia acknowledged the hard work by the team that has created history. A large group also spent the morning in Apia Park with events starting around midnight and stayed on until the final whistle. 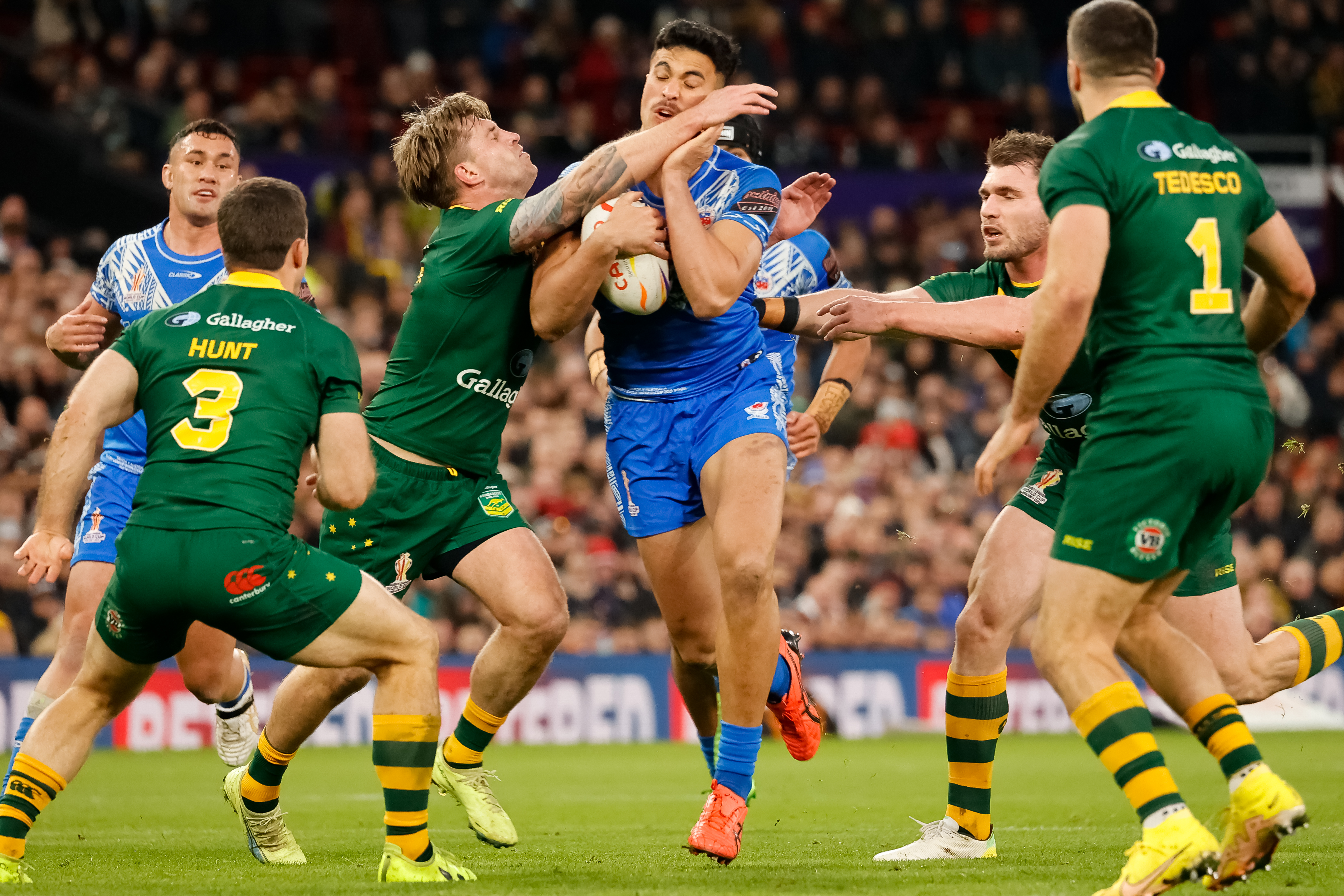 Australia took time to settle in what was a match played at a very high tempo. Latrell Mitchell drew first blood for Australia but it took the Kangaroos almost 10 minutes to do so.

Tries from James Tedesco and Liam Martin put Australia 14-0 up after half an hour and that’s how they went to the breather. 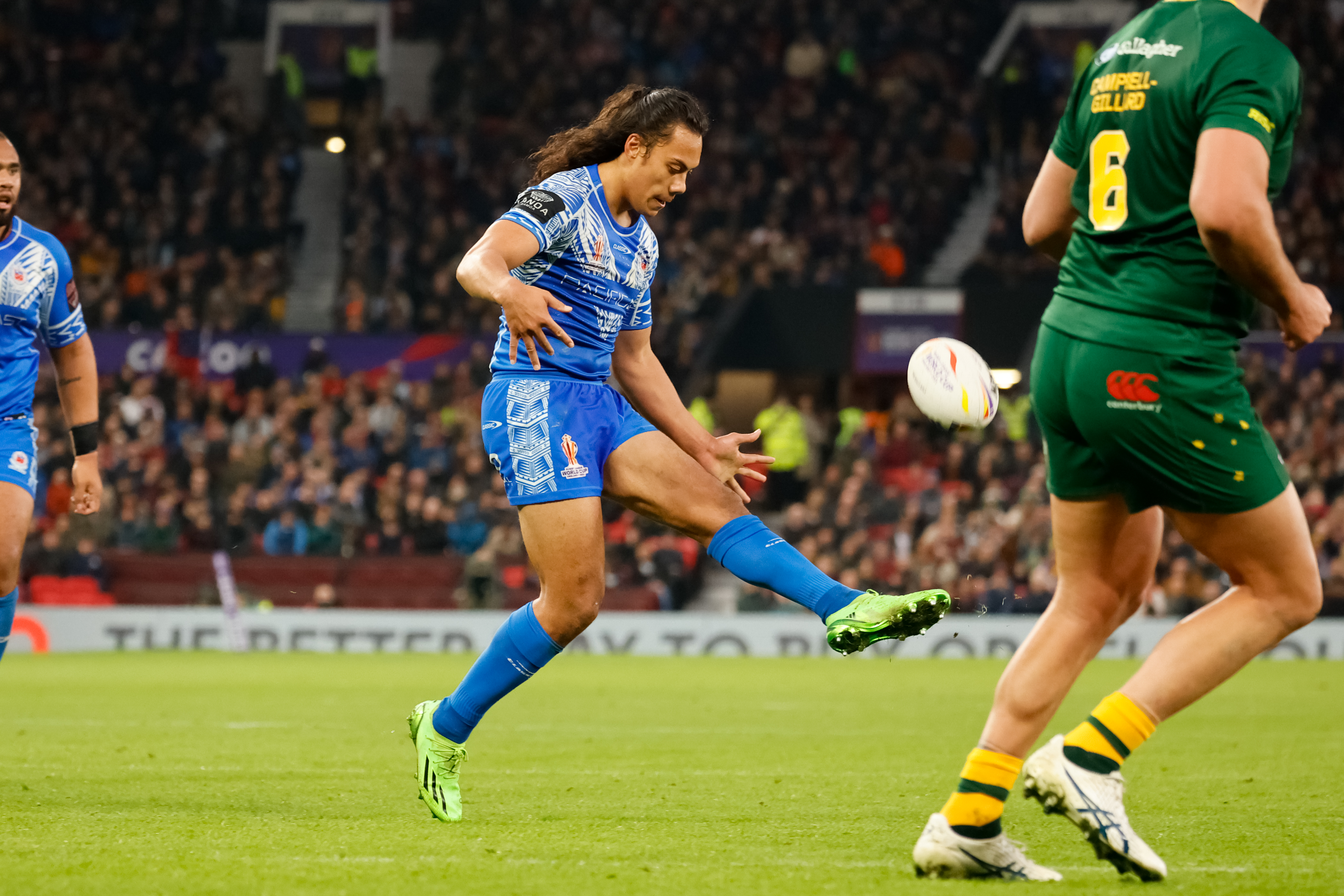 It was Australia who struck first in the second spell. Then Toa Samoa wing Brian To’o finished off a move sparked off by Jarome Luai in the 60th minute. This try sparking hopes of a comeback.

But it was Tedesco who scored next. 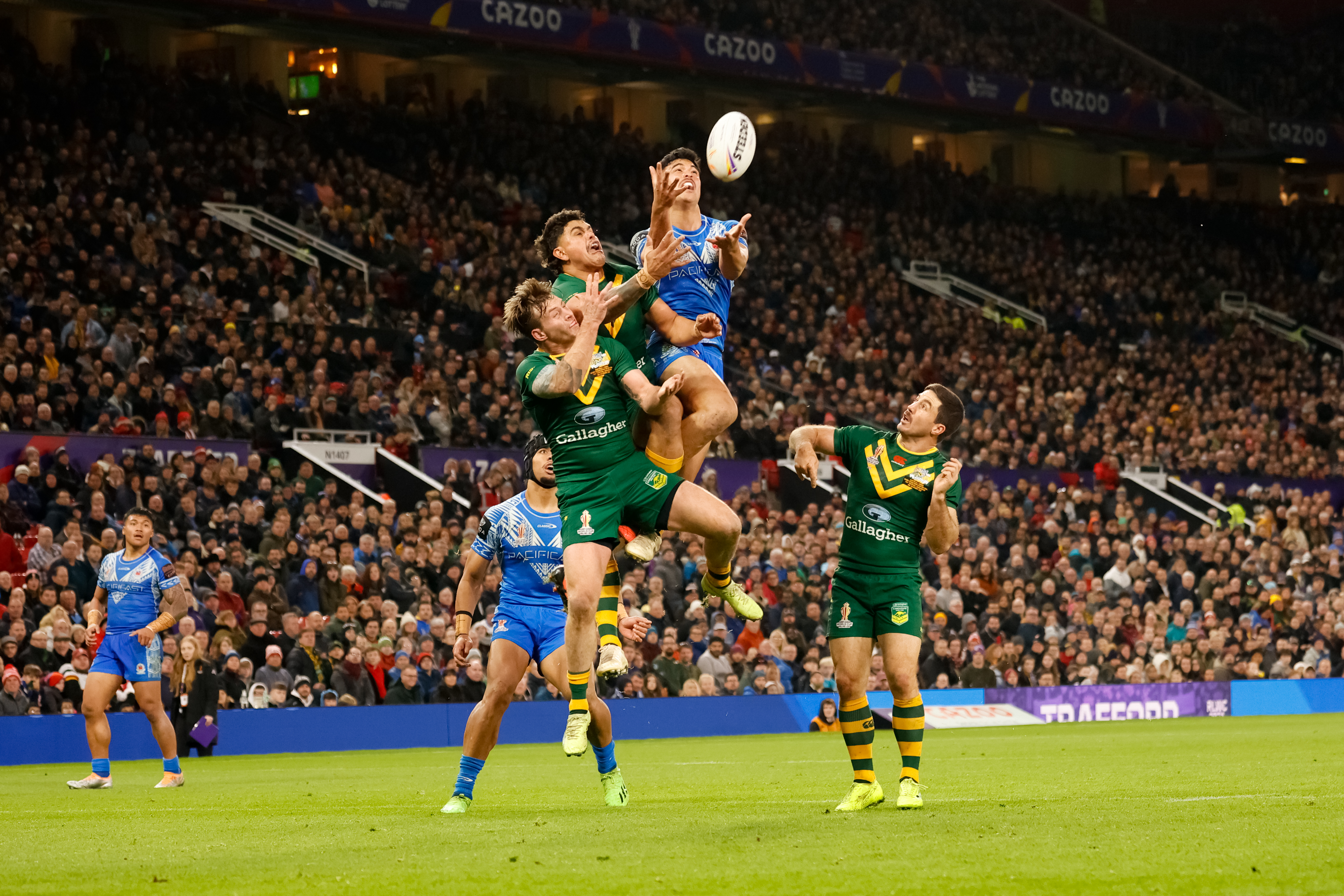 Then it was time for a Stephen Crichton special, who again stole the ball with a beautiful intercept and made the score 26-10.

It was Australia’s massive defence that was not allowing Samoa to make the grounds that they had done previously. Even with a one man advantage at one point in the game, Samoa was not allowed to make most of it. 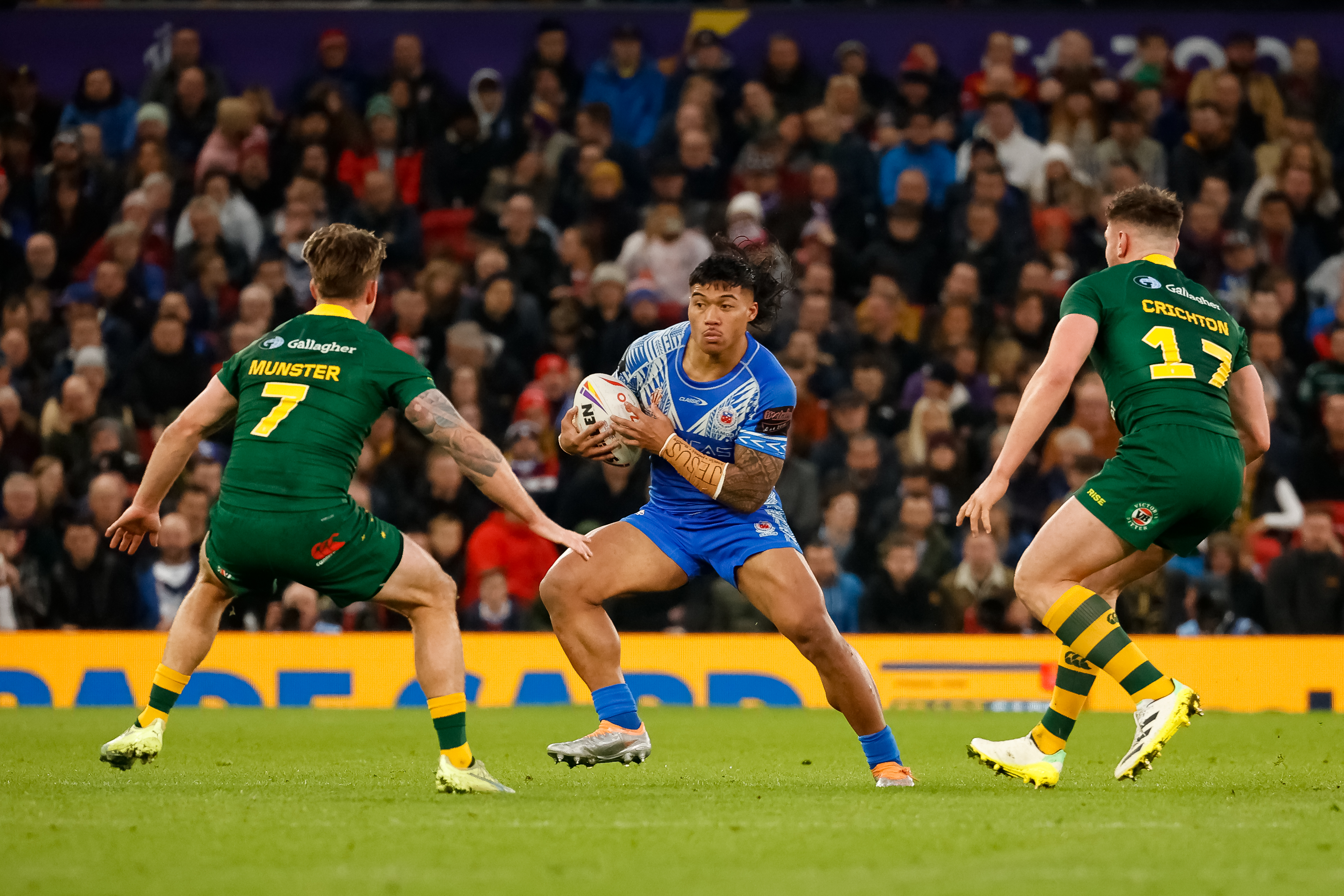 The game ended with Micthell grabbing his double just as the hooter went off.

The stadium was filled majority being neutral supporters who rallied behind the Toa Samoa. Meanwhile in Apia, the team was thanked the usual way with cars driving along Apia and flying the national flag. 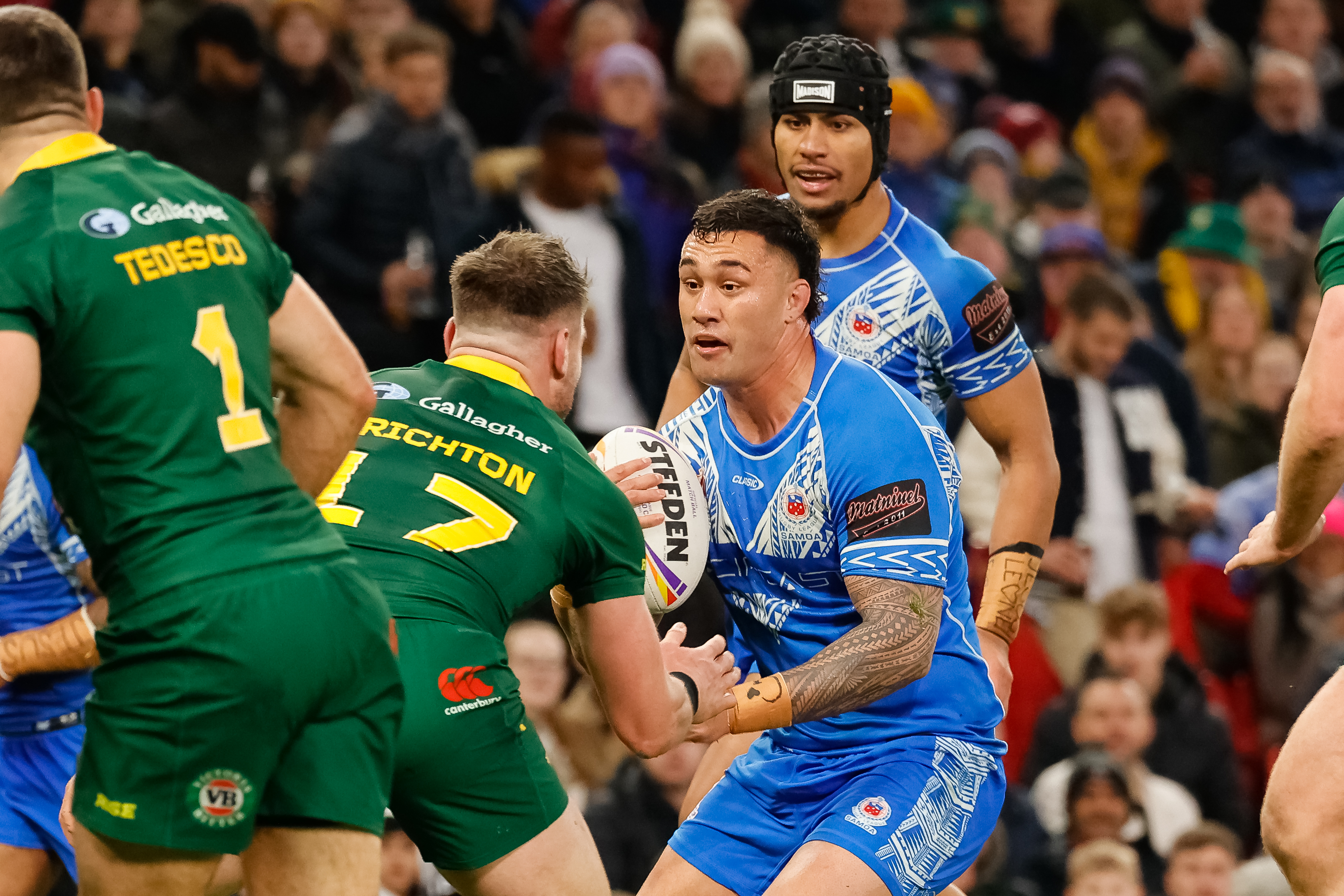 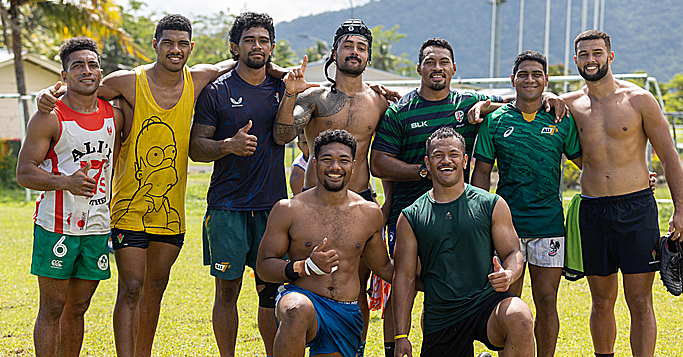 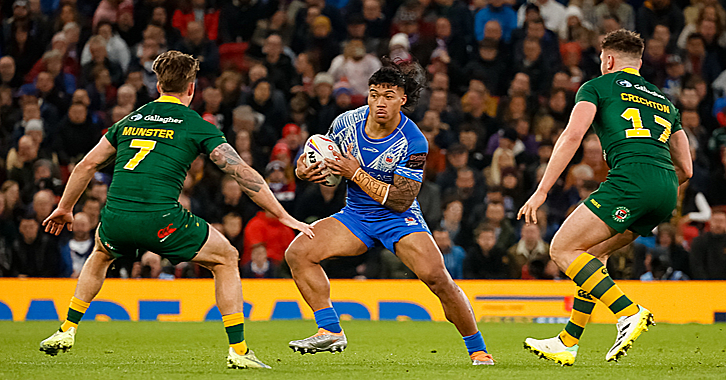 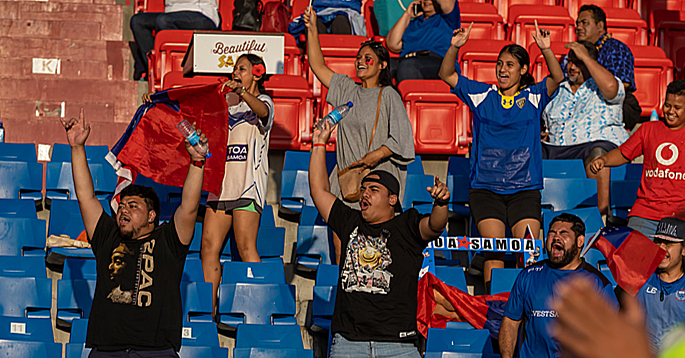 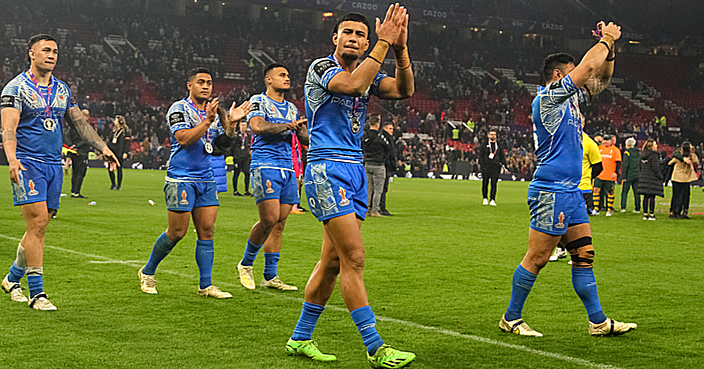