Over a month ago over 300 eye surgeries were performed in Samoa, making history for the Fiji-based Pacific Eye Institute which included 30-plus surgeries a day.

Out of the total 306 eye surgeries performed, a total of 144 were done in Savai'i and 162 in Apia. It was the most successful surgical outreach by PEI to date according to a statement released by the Fred Hollows Foundation (New Zealand).

The previous trip to Samoa was the last to hold this record with 250 eye surgeries. While this is an incredible achievement, it goes to show the growing need for accessible eye care in Samoa.

Kirti Prasad, Country Manager at the Pacific Eye Institute, highlighted what the surgery numbers meant in terms of backlog of cases.

“This outreach was the first in Samoa since the pandemic began in 2020 and prevented a lot of travel. While the number of eye surgeries completed is an incredible achievement, it also shows the backlog of patients needing eye care that has been created by the pandemic.”

The visiting team, led by Dr Mundi and Jovesa, consisted of Dr Duke and Dr Antonio from Tonga and two Pacific Eye Institute nurses, Melaia and Florence. The team worked in conjunction with the local ophthalmology team, including Dr Lucilla Ah-Ching Sefo, the Head of the Ophthalmology Department at Tupua Tamasese Meaole Hospital Eye Clinic in Apia. 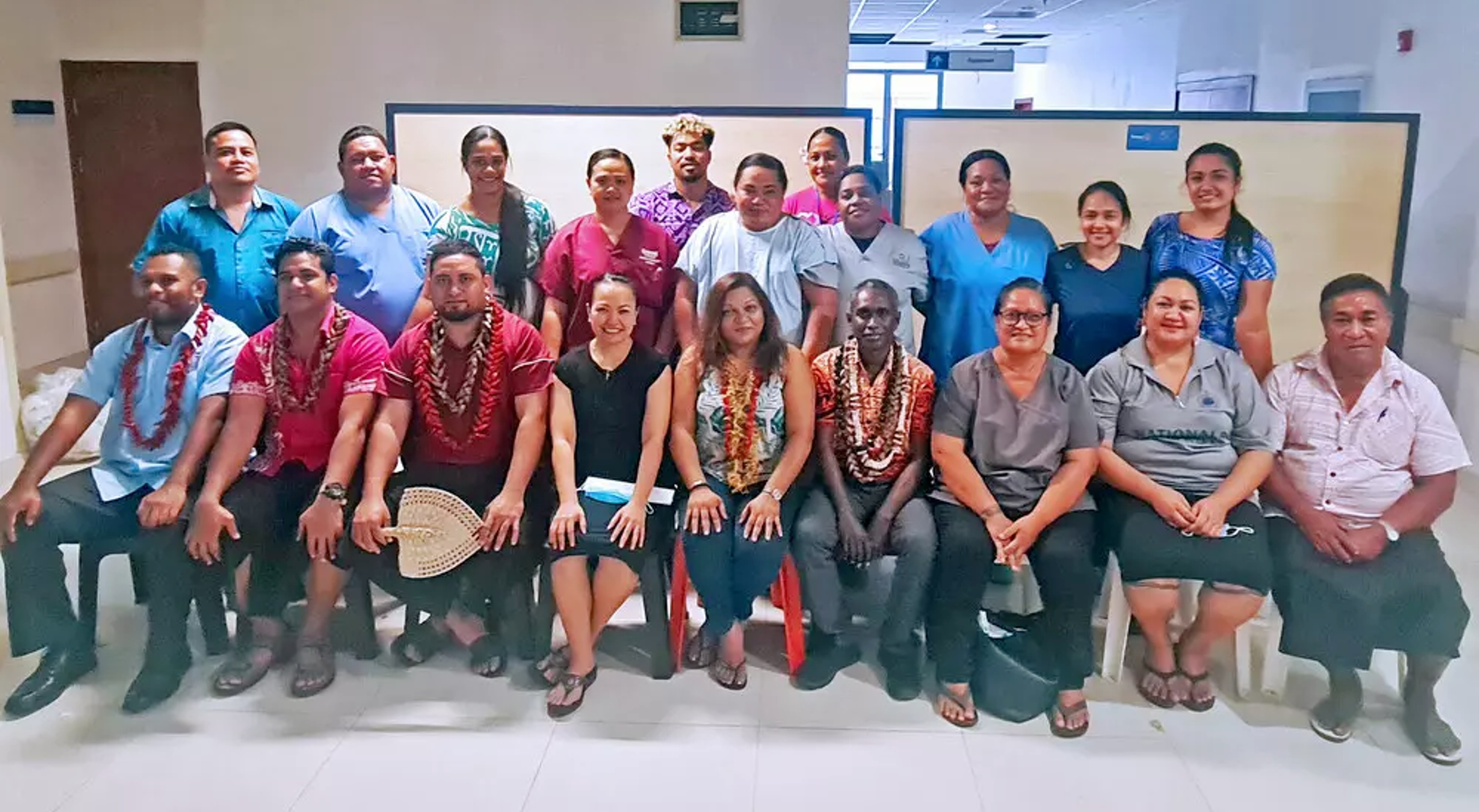 Thanks to the support of the ground staff in Samoa, who did an excellent job pre-screening and scheduling patients, the team were able to perform an average of over 30-plus surgeries a day. However new patients continued to arrive right up until the end as word of the outreach spread. On the last day, the team performed over 35 eye surgeries in a final push to treat as many patients as possible.

One of the patients treated during the outreach was 24-year-old Sam, who had been blind in his left eye for two months. A keen volleyball player, Sam’s ability to play was limited. Sam also had his application for overseas seasonal work declined due to his impaired vision. Thanks to the visiting surgical team, Sam will soon be able to get back to work and play the sport he loves.

The Institute worked closely with Samoa’s Ministry of Health to make the outreach possible. News of their success the Health Minister, Valasi Tafito Selesele, who met with the team and was very supportive of the outreach and grateful for the work of The Foundation.