Security at the Faleolo International Airport has been given a major boost with the New Zealand Government handing over an airport ID card system valued at $50,000 tala.

The new security system makes Samoa the first recipient out of the nine countries earmarked for this new technology courtesy of the NZ Civil Aviation Authority.

The security upgrade is funded through the Pacific Security Fund and will ensure that regional aviation activities are provided with the highest level of safety and security.

A special ceremony was held at the Samoa Airport Authority (S.A.A.) office at Faleolo and was attended by the Minister of Works Transport and Infrastructure Olo Fiti Va'ai, New Zealand High Commissioner, Dr. Trevor Matheson as well as Cabinet Ministers, Associate Ministers, head of Government Ministries and Athol Glover of the N.Z. Civil Aviation Authority in New Zealand. 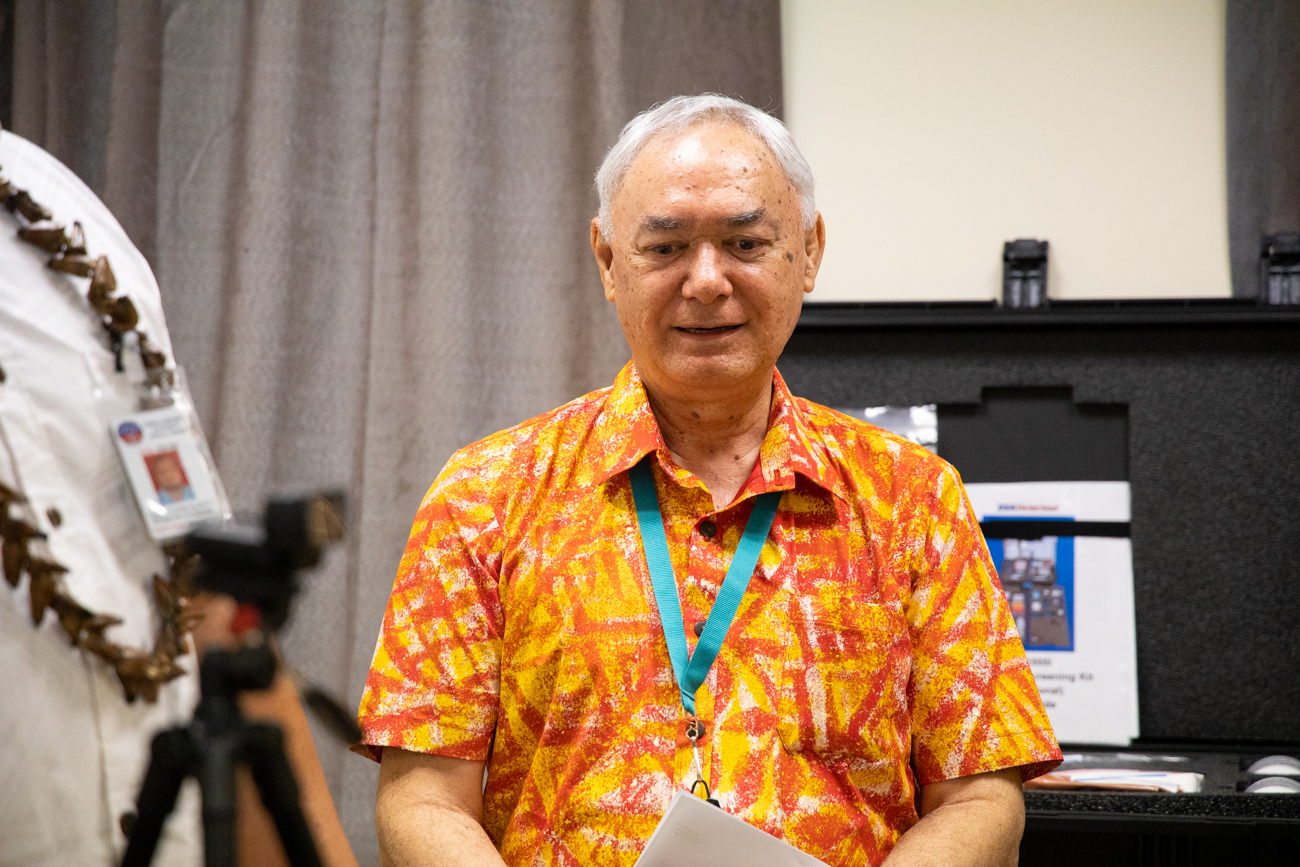 The celebration kicked off with a small service led by Reverend Simona Perefoti followed by the keynote address by the High Commissioner and Minister Olo.

In his address, Dr. Trevor said that while they understand that the project was "not a big spend for New Zealand", he believes that what the system does and how it will benefit Samoa is crucial.

"We're very privileged to be able to reach this point in this small little project to assist the S.A.A. with the security improvements to your entrances to your facilities," Dr. Trevor said.

"It's very clear that without appropriate securities and without the appropriate elements then you don't have a secured border.

"If you don't have a secure border, then you run the risk of all the problems coming into the country.

"So having a secured system in place at a critical time as we have just opened up the borders again.

“The airport at Faleolo is critical as it is the point of entry for people coming into Samoa.

“Therefore, it is crucial to have these technologies in place for security purposes.

"In financial terms, this is not a big spend for New Zealand, but in terms of what we want to achieve and our relationship with Samoa is significant. 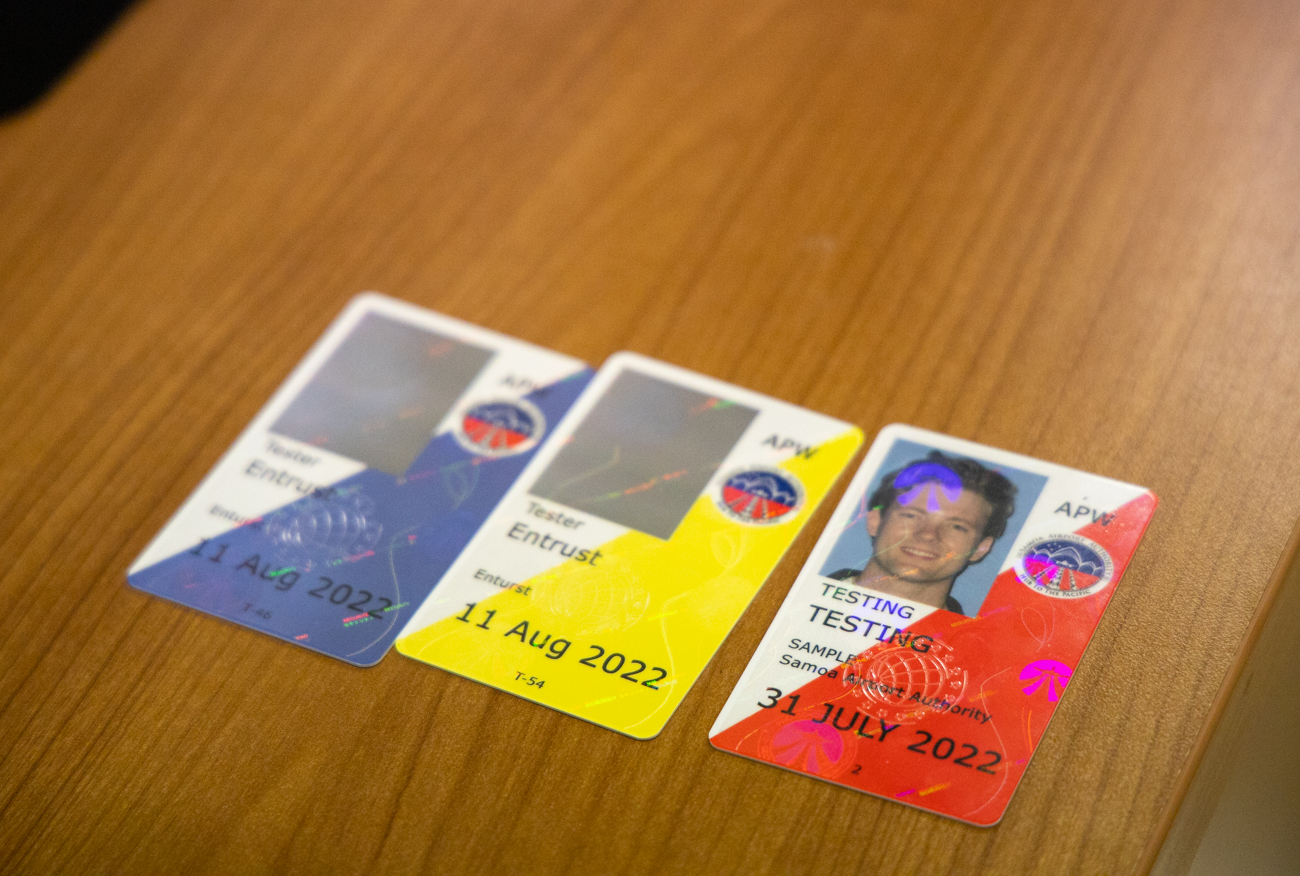 “It's also significant because this is the 60th Anniversary of the Independence State of Samoa.

“We've recently celebrated and commemorated the 60th Anniversary of our Treaty of Friendship and the diplomatic relations between the two countries.”

The High Commissioner said this was one small part of the friendship and they are humbled and privileged to continue to offer support to Samoa.

As the Minister of Transport, Olo extended his sincere gratitude to the Government and the people of N.Z. for their continuous support.

"On behalf of the Government of Samoa, I am delighted to accept this gift and extend our heartfelt gratitude to the government of New Zealand, for its continuing support, to ensure that regional aviation activities are provided with the highest regard of safety and security.

"Today, I am proud to state that Samoa is the first recipient of the 9 countries earmarked for this new technology airport identity card project that is being delivered by the NZ Civil Aviation Authority at a cost of SAT$50,000.

"The value of this new asset to our aviation system is endless, as it reinforces and ensures Samoa's satisfaction of international security requirements under ICAO Annex 17, that are currently implemented by the Samoa Airport Authority.

"With the visit of the Prime Minister Ardern last week, to mark the 60th year of 'Uo Mamae' or 'Life Long Friends', the donation today, is another milestone of New Zealand's commitment to the strengthening of regional security."

Both Minister Olo and Dr. Trevor commended the hard work and dedication of Mr. Glover from C.A.A.N.Z. in completing the project.