There were mixed emotions in the air at Faleolo International Airport, as Samoa's Commonwealth Games weightlifting champions exited the arrival lounge to cheers and applause.

Members of the public including families and loved ones gave the athletes a rousing welcome as they made their way out out of the airport's arrival lounge.

They could not hold back their tears as they sang "Ua fa'afetai", giving thanks to God for guiding the team safely back to Samoa. 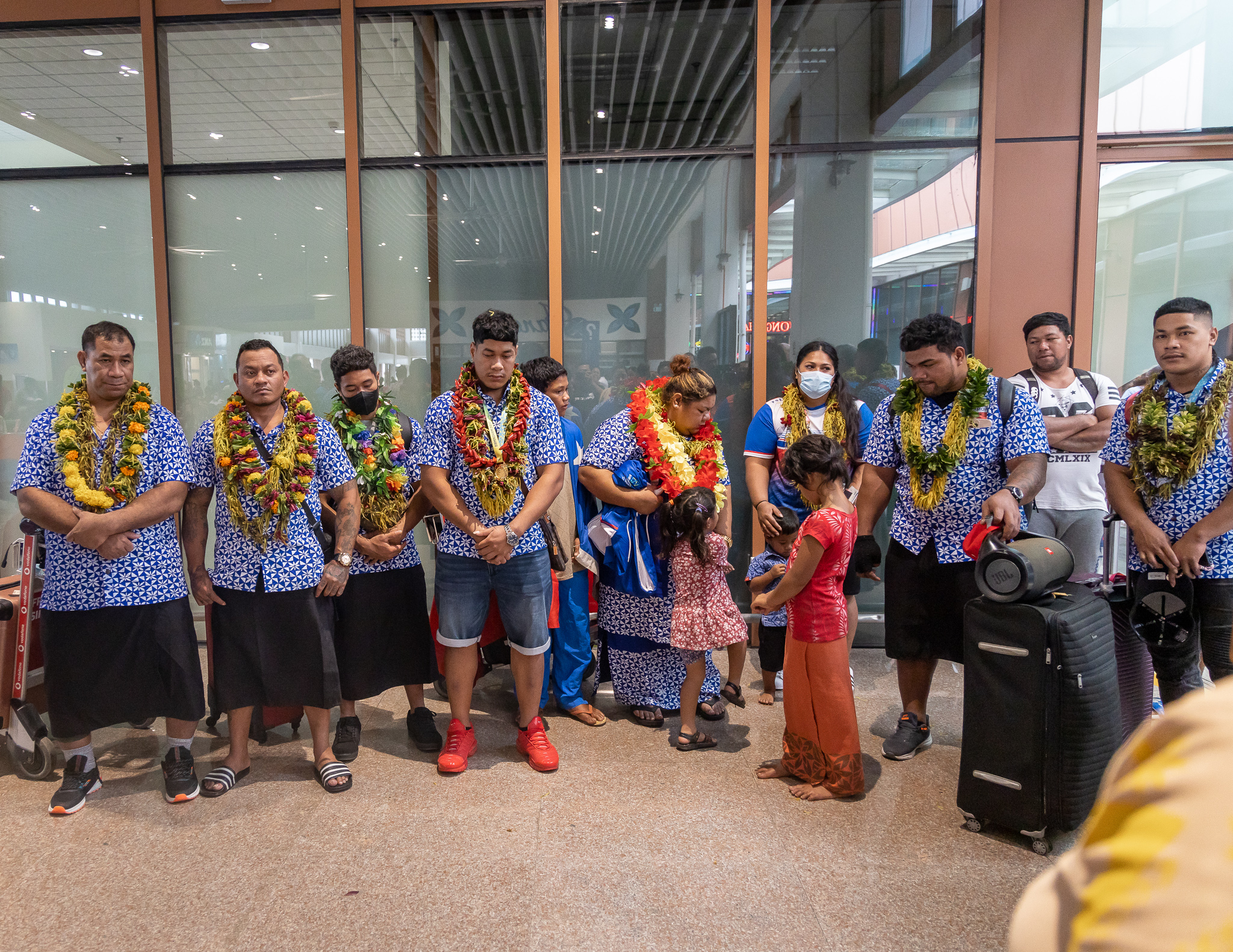 Tuaopepe said he was grateful that his team has achieved such a great result for Samoa at the recently concluded Commonwealth Games in Birmingham, England.

"I hope what we had achieved is enough for our country and we hope we have made our people proud," Tuaopepe said.

He immediately credited God's guidance and blessings upon his team and also used the opportunity to thank Samoa for their ongoing prayers and support for the athletes.

Samoa was ranked 19th on the Commonwealth Games medal tally at the end of the event, well ahead of the region’s sporting powerhouses such as Fiji (ranked 29th) and Papua New Guinea (ranked 35th placing).

In March this year the Samoa Weightlifting Federation (SWF) President and Coach, Tuaopepe Jerry Wallwork declared during an interview with the Samoa Observer that he had the “dream team” of six weightlifters who are medal prospects at Birmingham.

Cometh the hour, cometh the man. Tuaopepe and his dream team delivered to the nation, just like the SWF President and Coach said five months ago. 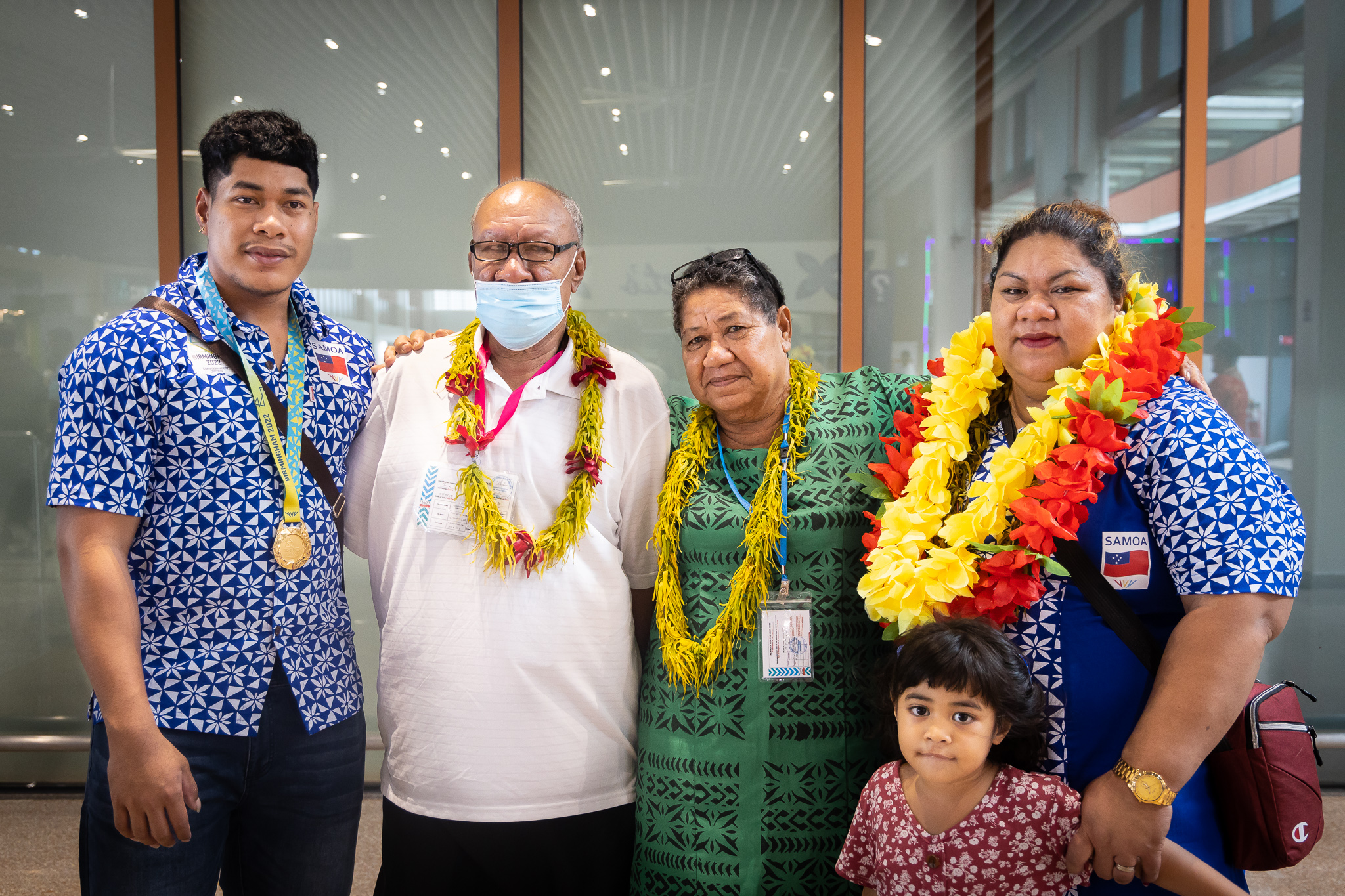 In an interview with the Samoa Observer newspaper on Thursday, Samoa's gold medalist Don Opeloge said he dedicates his success to his grandparents and his coach, Tuaopepe.

"I am just happy to be finally home as this is an achievement we want to celebrate with our families and coach who have been supporting us right from the start of this journey," the young Opeloge told the Samoa Observer.

"We could not have done this on our own and we are happy to be here and to see those who have shed tears day and night praying for us."

Winning a gold medal for Samoa is a dream come true, he added.

"It's a dream I have had for a very long time, since the first time I started lifting at the age of 15," he said.

"As you know, the game is well established in our family and we grew up seeing how our grandparents get overwhelmed everytime one of their children gets a medal.

"Therefore, it has been at the back of my mind that I also want to bring them that joy and make them proud. It's the least I can do for everything they have sacrificed for us." 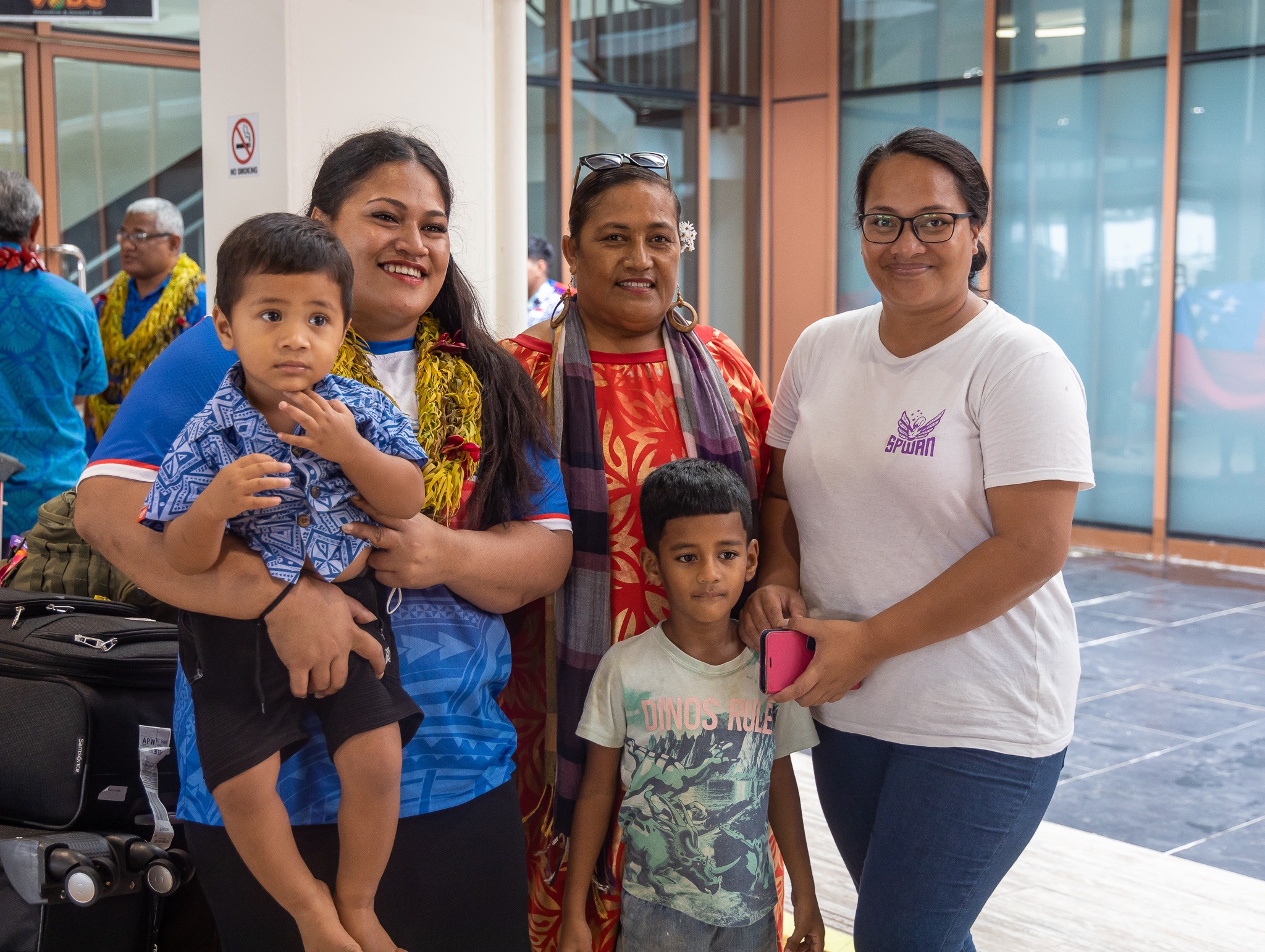 He also acknowledged the strong support of Samoa as well as all their family and friends.

"He has pushed us to the level we had recently achieved. The passion he has for the game and for us to do well is indescribable and the results speaks for that."

The rest of Samoa's athletes who participated in the Commonwealth Games are expected to arrive next week.