Salega East’s Member of Parliament, Olo Fiti Vaai, says the location of the planned Ti’avea airport is not suitable for aircrafts and will be dangerous for air travellers.

Relying on his experience as Samoa Airport Authority’s Technical Manager prior to entering politics, the MP said he alerted Prime Minister Tuilaepa Sa’ilele Malielegaoi and the Minister of Works, Transport and Infrastructure to the risks to no avail.

“I have 18 years of experience and I understand very well how the specs of an airport should be, and where it should locate and I telling you that space is very dangerous in terms of shear winds."

“But the problem is when if I talk to Tuilaepa about these things he does not understand, even the Minister of Works don’t understand."

“As you can see all our airports here, they are lying east to west and the reason being is because of the easterly winds that come from that way."

“I have never seen an airport that faces north to south, they are built facing east to west because it measures the landing and the taking off of the plane,” he said.

Olo said the terrain, close to where the proposed airport will be built, is mountainous and can get foggy to the detriment of an aircraft.

“That is one of the foggiest locations I know,” he said.

“Fagali’i airport is okay but up there, especially in the evening, which means if we were to build an airport there a lot of people will lose their lives.”

The decision by the Government to award a $3.57 million tala contract to local company Aldan Civil Engineering Company Ltd to build the airport came under scrutiny.

Olo said the funding could have been saved and not “wasted on developments that don’t last long”.

“This is just the same as the Satitoa Wharf, I was the one who totally disagreed with the building of that wharf. But what happened Tuilaepa said ‘I don’t know anything’ and look at it now, not even two years since that wharf was opened and it’s gone with the wind and a waste of more than $60million tala”

The annual maintenance of another two airports on Savai’i was also raised with Olo describing the Government’s decision to maintain them as a waste of public funds.

“Up until now not a single aircraft has landed there and yet every year the Samoa Airport Authority is spending $200k just to maintain those two airports every year and yet only birds are landing on those airports and I am sure Savaii does not want to see birds landed on their airports. It’s just a waste of money, waste of tax payer’s money maintaining those airports and yet they are not being used,” he added. 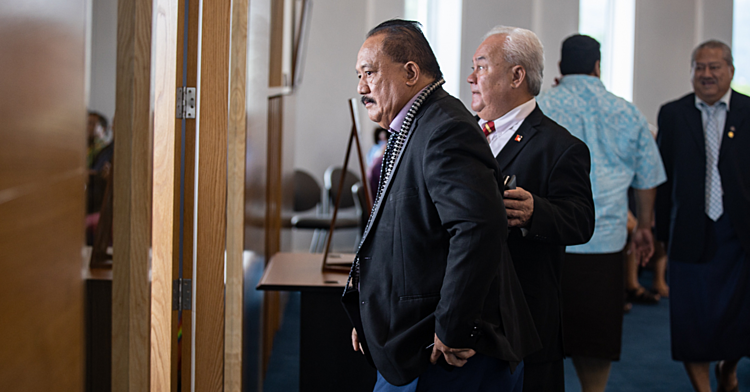 Member of Parliament takes stand against bingo on TV

Member of Parliament for Palauli Sisifo, Afoa Amituana’i Mauli, has urged Prime Minister Tuilaepa Dr. Sa'ilele Malielegaoi and the Government to reconsider its decision to allow the screening of bingo games on national television.