'Your talent is a gift': apprentice graduate

Samoa
One of the graduates, Gustav Chu-Ling with his daughters Carol and Florence Chu-Ling. (Photo: Vaitogi A. Matafeo)

A talent can become a gift says a technical skill graduate who was one of 32 who graduated on Friday under an apprenticeship program in Samoa.

The 2021 apprenticeship graduation ceremony organised by the Ministry of Commerce, Industry and Labour (M.C.I.L.) was held at the National University of Samoa (N.U.S.) Gymnasium.

The apprenticeship program was run by the M.C.I.L. in partnership with the N.U.S. and the Samoa Qualification Authority (S.Q.A.) and is funded by the Australia and New Zealand Governments.

Graduates are apprentices who have completed the Samoa Apprenticeship Training Scheme for the year 2021 and Trade Testing Scheme 2021. 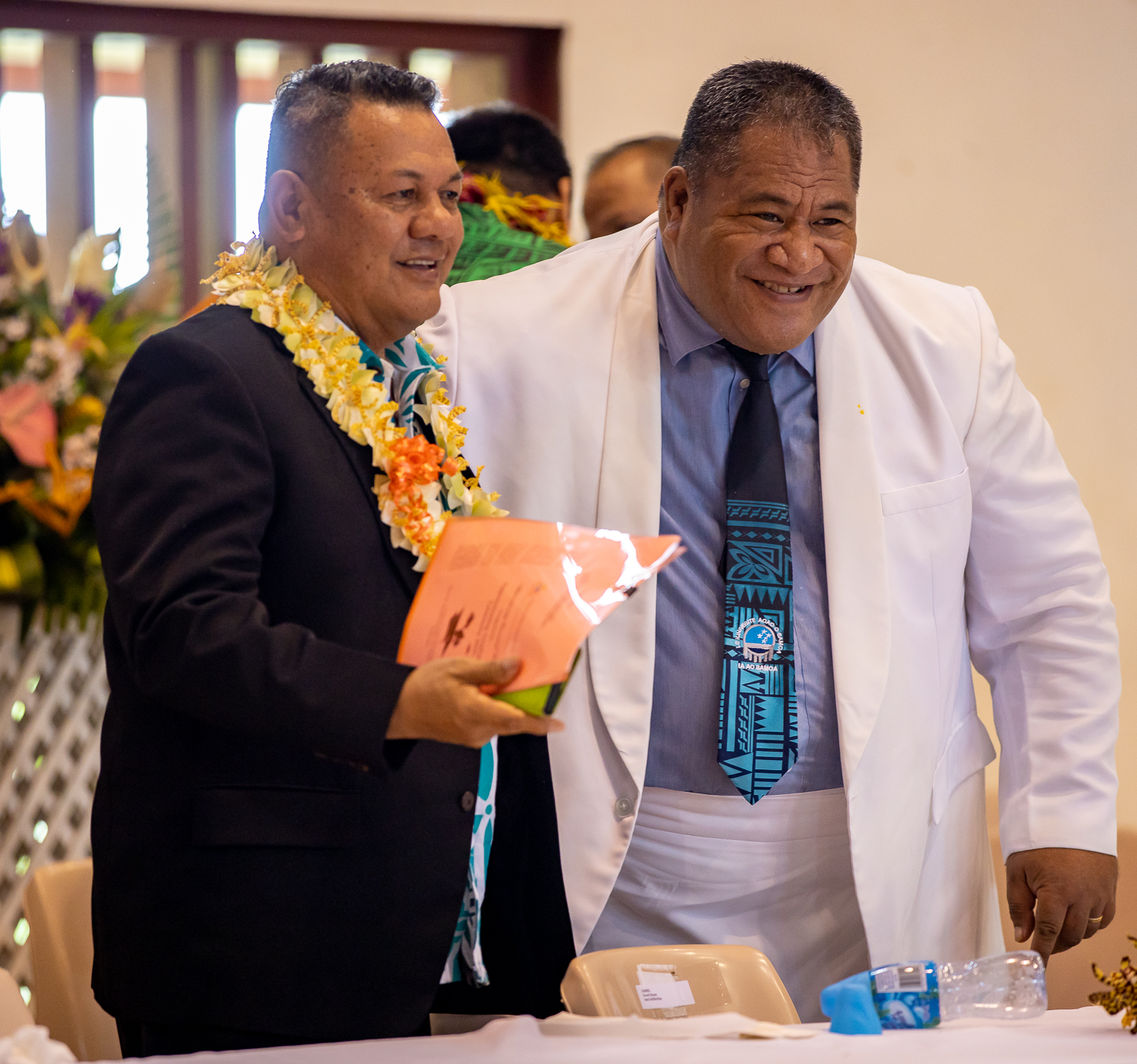 Family members as well as parents and friends of the graduates witnessed the graduation ceremony with Reverend Siaosi Salesulu of the Congregational Christian Church Samoa at Vailele leading a service to officially start the program. 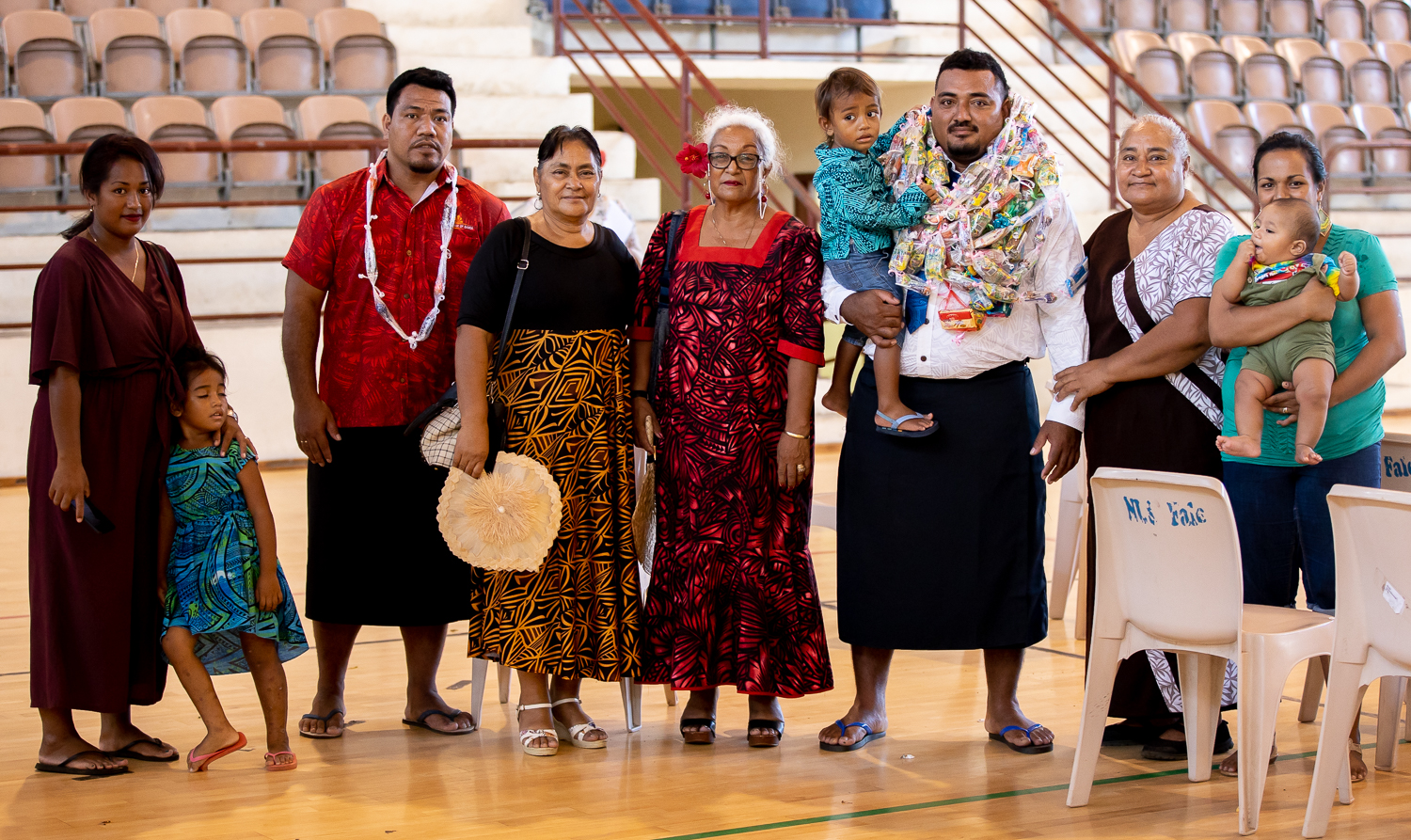 Others included three under the carpentry and joinery trade; six with electrical trade; two with the electronics trade; and one from the fitting and machining trade. 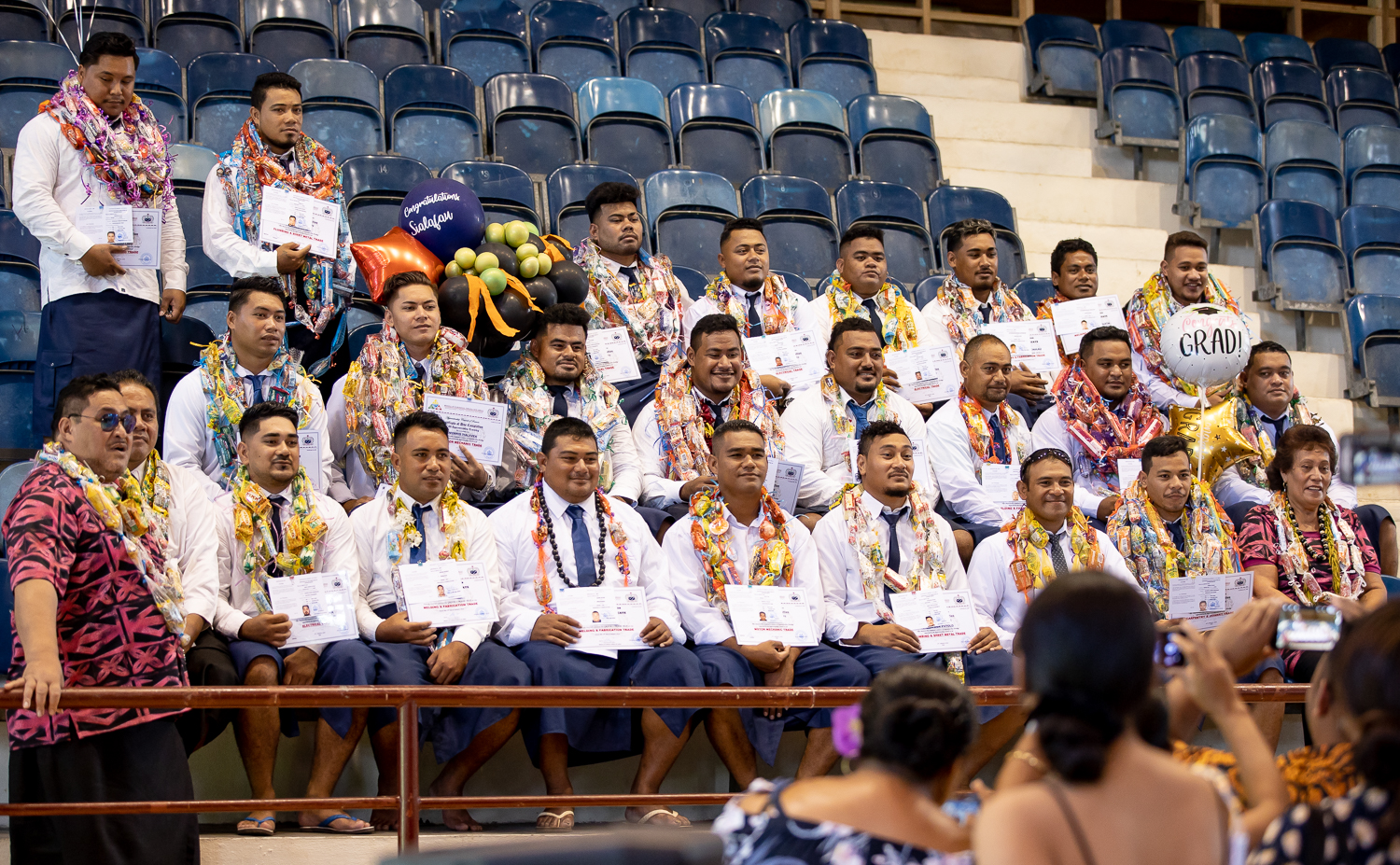 Meafou Leatuavao Timoti, who graduated with a certificate in the electrical trade, spoke on behalf of his fellow graduates.

“A talent can become a gift,” he said. 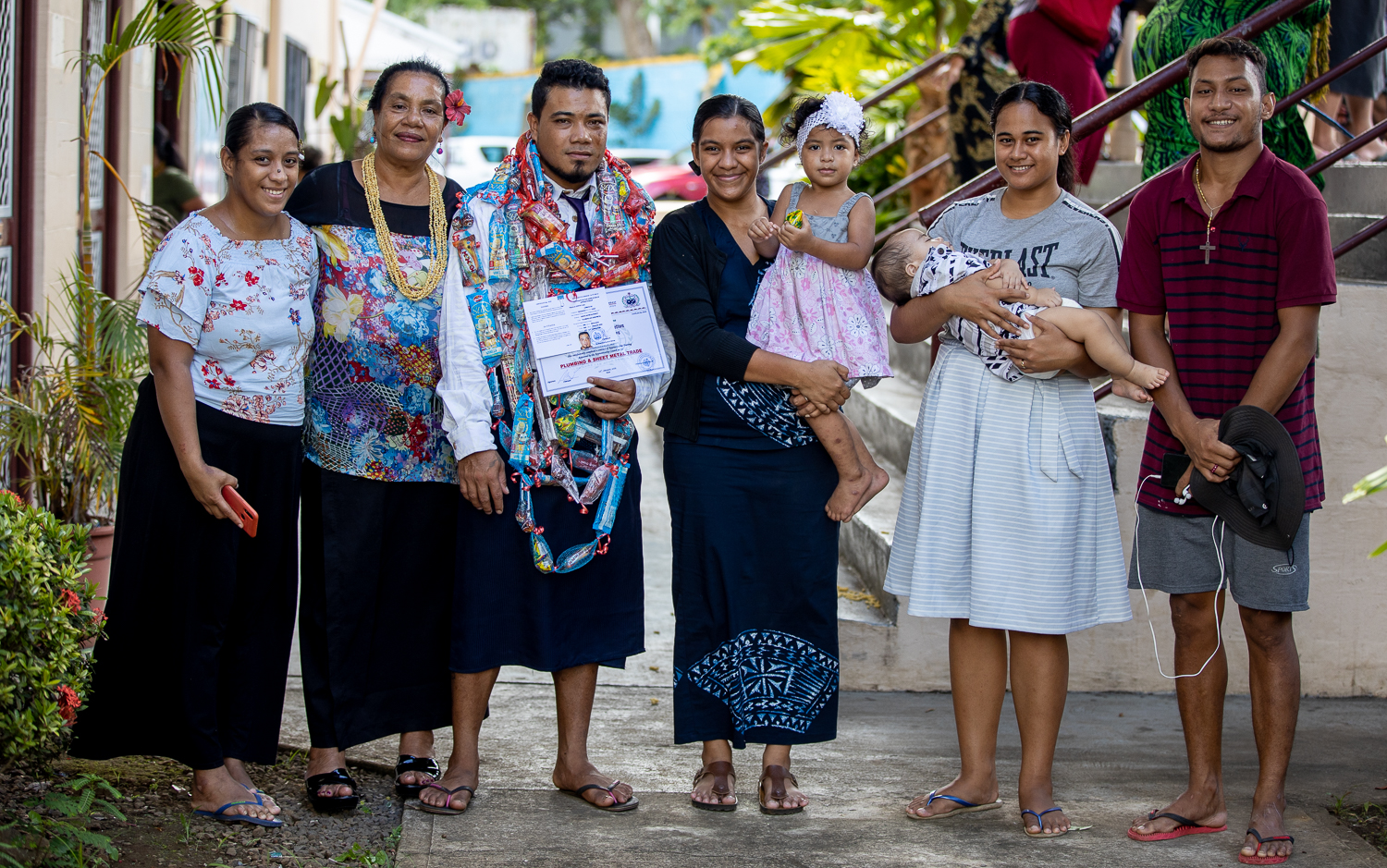 He encouraged the graduates to persevere and be determined in their respective fields and talent so that eventually they can excel and commended the efforts of his fellow graduates for their achievements in being able to complete their studies despite various challenges.

Minister Leatinu’u said the graduation is for apprentices who have successfully completed the Apprenticeship Program in 2021 amidst living in a global pandemic which is also affecting Samoa. 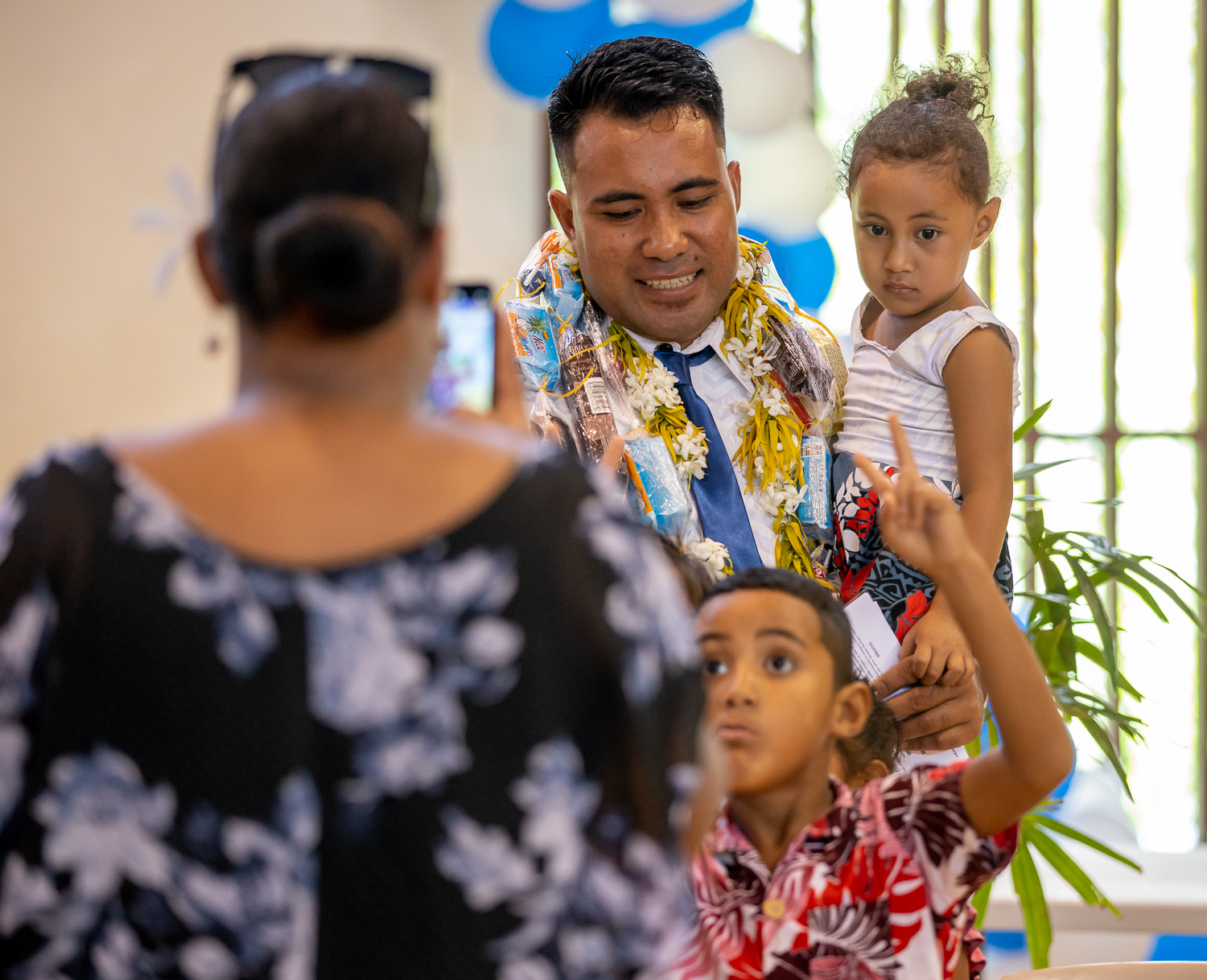 He also congratulated the graduates on the achievement of their personal milestones.

“To the graduating class of 2021, parents, families and friends on behalf of the Government of Samoa, I would like to congratulate and commend your commitments and sacrifices which immensely contributed to the successful of the apprenticeship program,” he said.

The Minister also said the event marks the many initiatives by the Government under the M.C.I.L. in collaboration with the Apprenticeship Council and stakeholders. 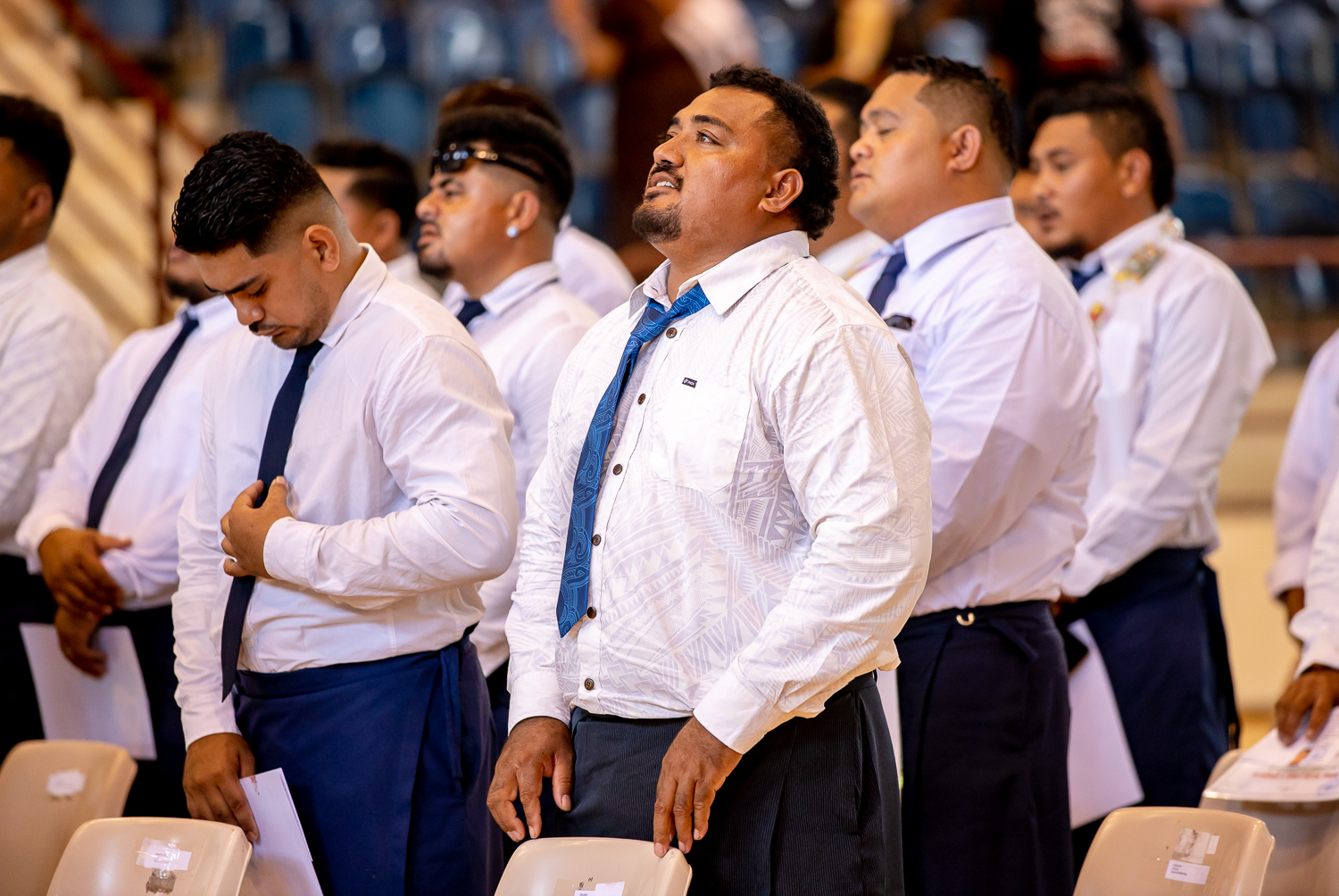 Despite the challenges last year, the M.C.I.L. worked in partnership with the N.U.S., the Samoa Qualification Authority (S.Q.A.) and industries and stakeholders to make positive progress, in terms of  their efforts to finalise the apprenticeships' new structure with industries and all stakeholders.

Leatinu’u said the main focus of the program for 2021 academic year was to complete the transition period from the old structure to the new apprenticeship structure which required more commitments and sacrifices from the Ministry, the N.U.S. and the S.Q.A.

“The new apprenticeship structure constitutes National Competency Standards for the seven trades under the program which are an essential requirement for both the theoretical and practical aspects of the Apprenticeship program," he said. 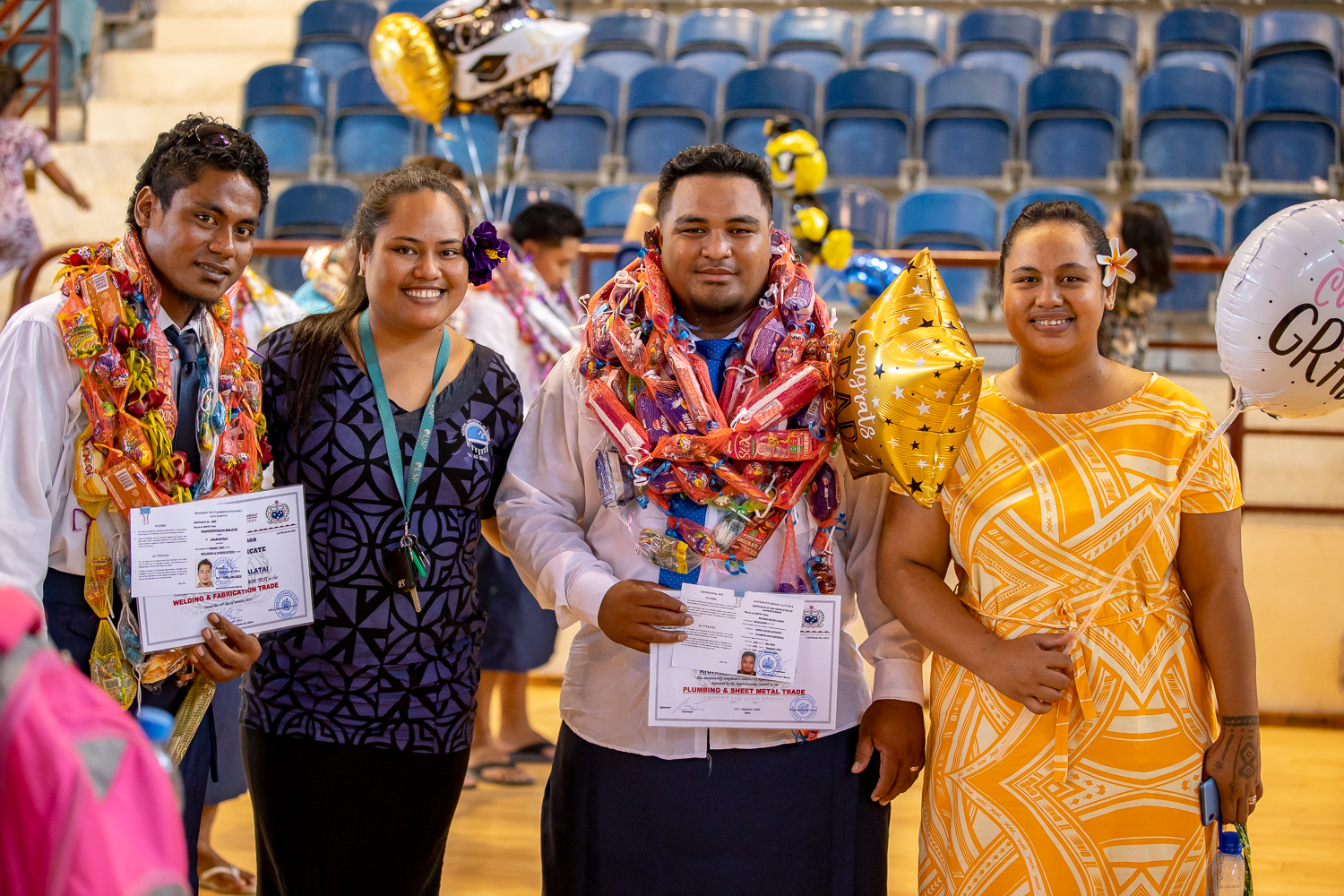 “The new structure was a result of extensive consultations and meetings with N.U.S., S.Q.A. and industries that provided practical knowledge.

“This was to ensure all stakeholders involved are well aware about the new structure of the apprenticeship program, and for it to be recognised at the international level.”

He added that it is vital for Samoa to have a pool of qualified tradesmen, especially youth in order to pursue formal education. 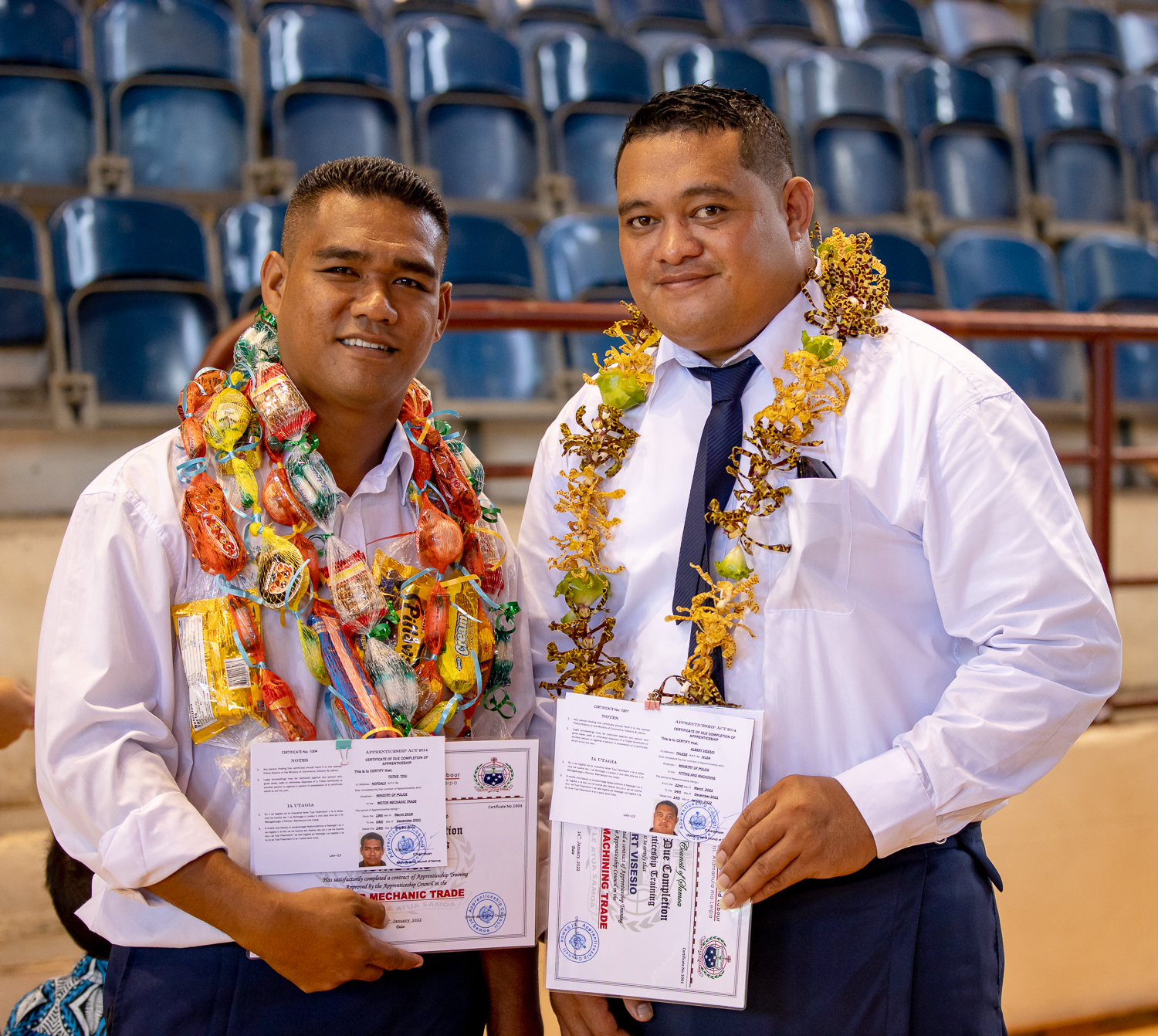 “It is also crucial for apprentices to realise the many employment opportunities at the trade’s area both local and overseas," added the Minister.

"Therefore the attainment of Higher Trades qualification’ is essential in enriching individual skills and qualifications, at the same time satisfying the requirements of the labour market.

“Consequently, a ‘qualified workforce of trade’s people’ also means that efficiency and productivity is achieved for better performances.

"Moreover the graduates will be equipped with the right set of skills which will open doors to more employment opportunities at overseas markets.

“It is important for graduates, to attain required skills and experiences to establish their own businesses in the future.” 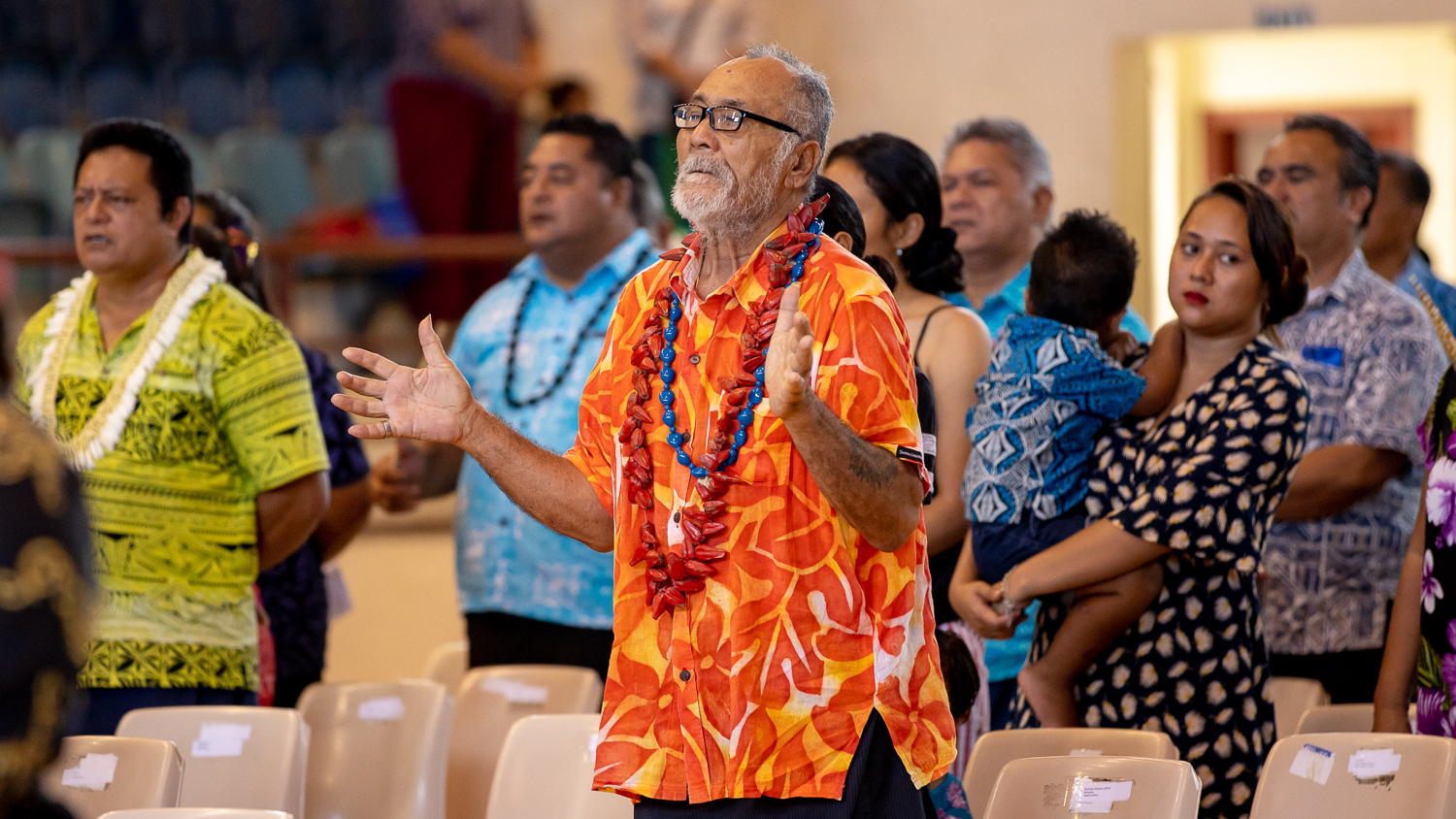 The Minister acknowledged the continuous support of all stakeholders and development partners such as the Australia and New Zealand Governments' support for PSET providers under the education sector budget support funding, which assisted the reviewing of the apprenticeship old structure and the formulation of the new Apprenticeship Program.

“The continuous support and the enormous contributions from the business community and individuals by providing sponsorship and support for the apprenticeship program through providing employment opportunities and on-the-job training are acknowledged. 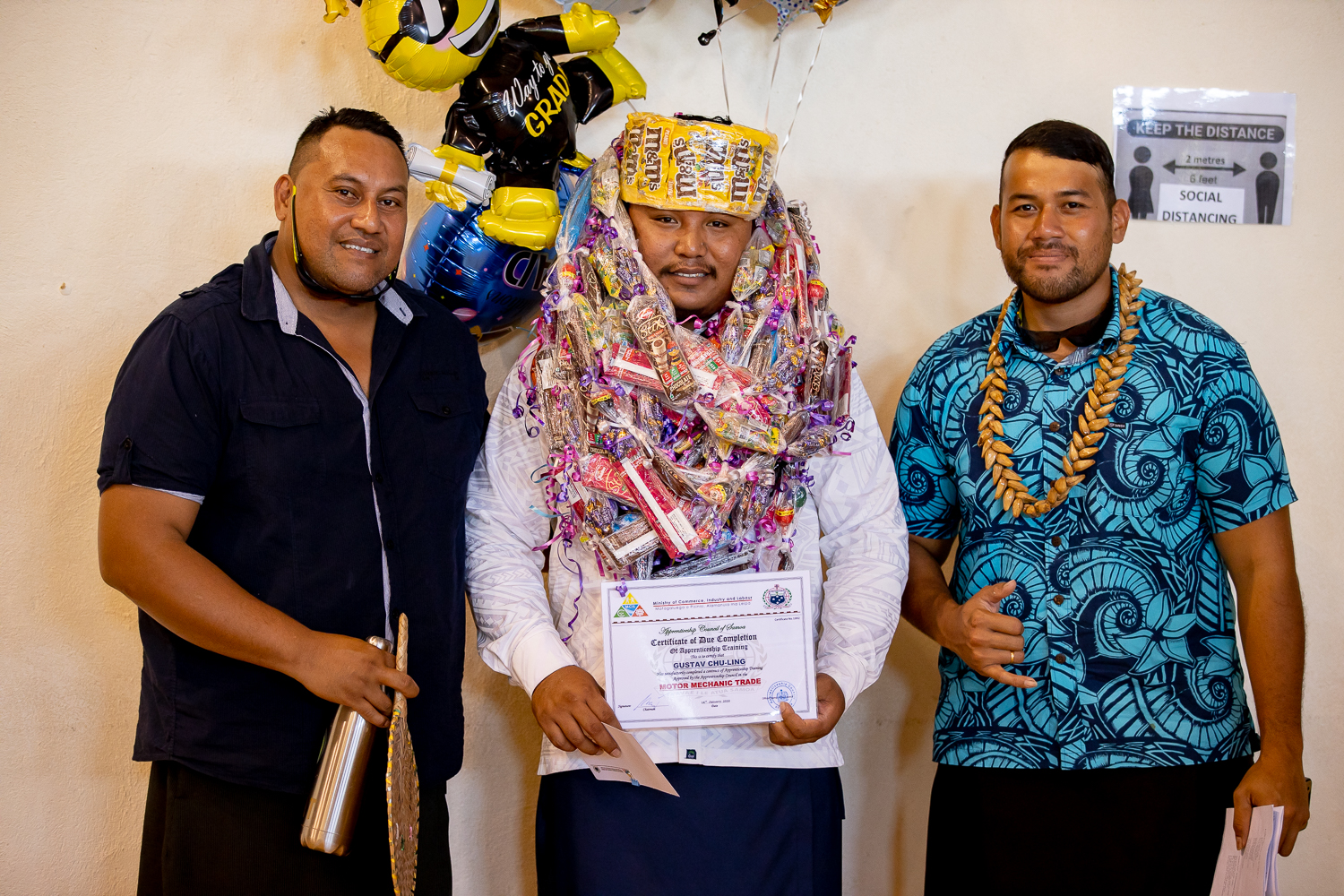 “The International Labour Organisation continuous support for technical and financial assistance through funding the many M.C.I.L. projects inclusive the review of [Samoa National Employment Policy] S.N.E.P. 2016-2020 and formulation of S.N.E.P. 2021-2025 plus the registration of jobseekers.”

He also thanked the C.E.O. and the management and staff of S.Q.A. for their support while acknowledging the N.U.S. Vice-Chancellor, the Dean as well as the lecturers of the Faculty of Technical Education of N.US.