The Ailao Club will be celebrating the 20th year of the Siva Afi International Competition on Monday with the club's owners keen to acknowledge everyone who contributed to their success.

Owners Leota Lene Leota and Clare Leota say that the launch is to celebrate the 20th year for the competition and the birth of the Ailao Club, but the actual competition is aimed to be held when borders open next year. The Prime Minister, Fiame Mata’afa Naomi, will give the keynote address for the event.

Leota said that he was concerned that many of Samoa’s traditional and performing arts were being “borrowed” by other islands like Hawaii, Cook Islands, Tahiti and New Zealand and claimed as their own, limiting Samoa’s global recognition in traditional performing arts. The Ailao club was born as a result, in 2002.

In 2003, he realised that there was no point in training fire knife dancers if they had nowhere to showcase their talent, so Leota started performances, showcasing traditional Samoan dancing. 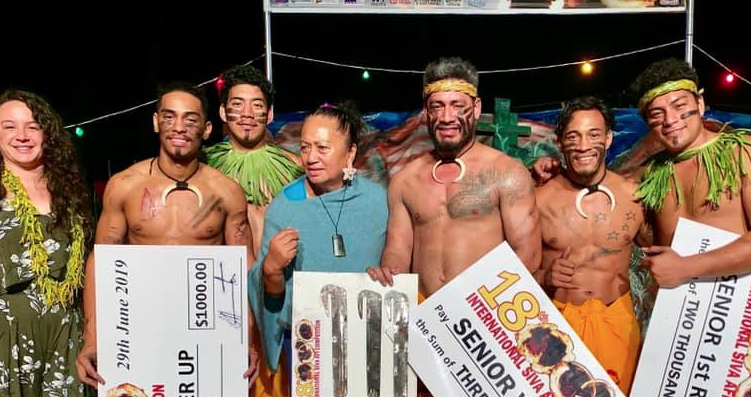 One of the first projects for the Ailao Club was to take a group of fire dancers to the World Fire Knife Competition in Hawaii in May 2002.

Leota also mentioned his passion of helping the underprivileged youth of Samoa to discover their talents as he believes everyone is born with talent.

“It is not something that can be bought, and some of Samoa’s most successful fire knife dancers are not from highly educated or wealthy backgrounds," he said.

One such talent is Vaela’a Iloa from Tufulele, the 31-year-old reigning champion of fire knife dancing and long-time employee of Siva Afi.

Mr Iloa is one of 11 children in his family and came across the Ailao club when he was coming into town daily as a young teen to sell garlands of flowers to make a living for his family. His parents had 11 children so they needed all the help they could get.

Mr Iloa would venture into town with ‘ula’ (fresh flower garlands) made by his mother. He was often with other boys from his village. When he watched the fire knife dancers of the Ailao Club for the first time in 2002, he wanted to learn the art.

From then on, he would go to town every Tuesday, during the fire knife dancing training to give his ‘ula’ ( garlands) to Leota who would purchase them for the dancers of the show in the evenings. Vaela’a eventually became a fire knife dancer and has never looked back since. He has won many competitions and traveled to many countries overseas because of the Siva Afi. He credits his success to the mentorship of his role model, Leota.

He also tearfully mentioned the support of his late mother who passed away in 2019 and his father who is still alive. Vaela’a never forgets the support of his village and their faifeau whom he always goes to see before a competition for his spiritual blessing.

The Ailao Club has been giving free fire knife workshops because Leota did not want to stop children who could not afford much from attending the workshops.

Leota also remembers his own time as a young man growing up in Apia attending the Marist Brothers Primary School. He used to collect bottles on the road and would go to the Coca Cola company where the Business Systems shop is now located to sell them. The money he got from those bottles is how he was able to buy himself something to eat after school every day. He would buy ‘panipopo’ from Emelio then walk to his home in Tufuiopa.

Over the years the Ailao Club has conducted many village road shows in remote villages in Savaii and Upolu. The format is a combination of workshops for kids in the village during the day, with a full show for the whole village at night.

The owners of the Ailao Club said that the village roadshows have a dual purpose. Firstly to inspire the village kids and give them hope of a future dance career, particularly if they are not good at school nor excel in sports. Secondly, to illustrate to their dance group and fire knife dancers, who are mostly “town area” people, the hardships experienced by kids who are growing up in remote villages.

The shows at night are hugely popular, as they are designed to include performances from the kids who have been involved in the workshops and some very proud parents.

On the subject of who has been most supportive of their ventures through the years, Mr and Mrs Leota paid tribute to the various private sector companies who supported them over the years.

“None of what we do would be possible without the support of our sponsors, many of whom have been with us since the beginning. Most are private sector companies, some small, some large who value the benefits they get by being associated with the work we do with the disadvantaged youth of Samoa.”

The International Siva Afi Competition provides financial benefit too, to the many people involved in it – fire knife dancers, dancers, bar staff, and catering staff.

The Ailao Club’s most loyal and longtime supporters have been the Samoa Observer and Radio Polynesia.

“We could not have achieved what we do now without the loyalty of those two companies," said Leota.