The St. Mary's Old Girls' Association (S.M.O.G.A) has officially opened a new netball court for the College to commemorate 65 years since the school was established at Vaimoso. 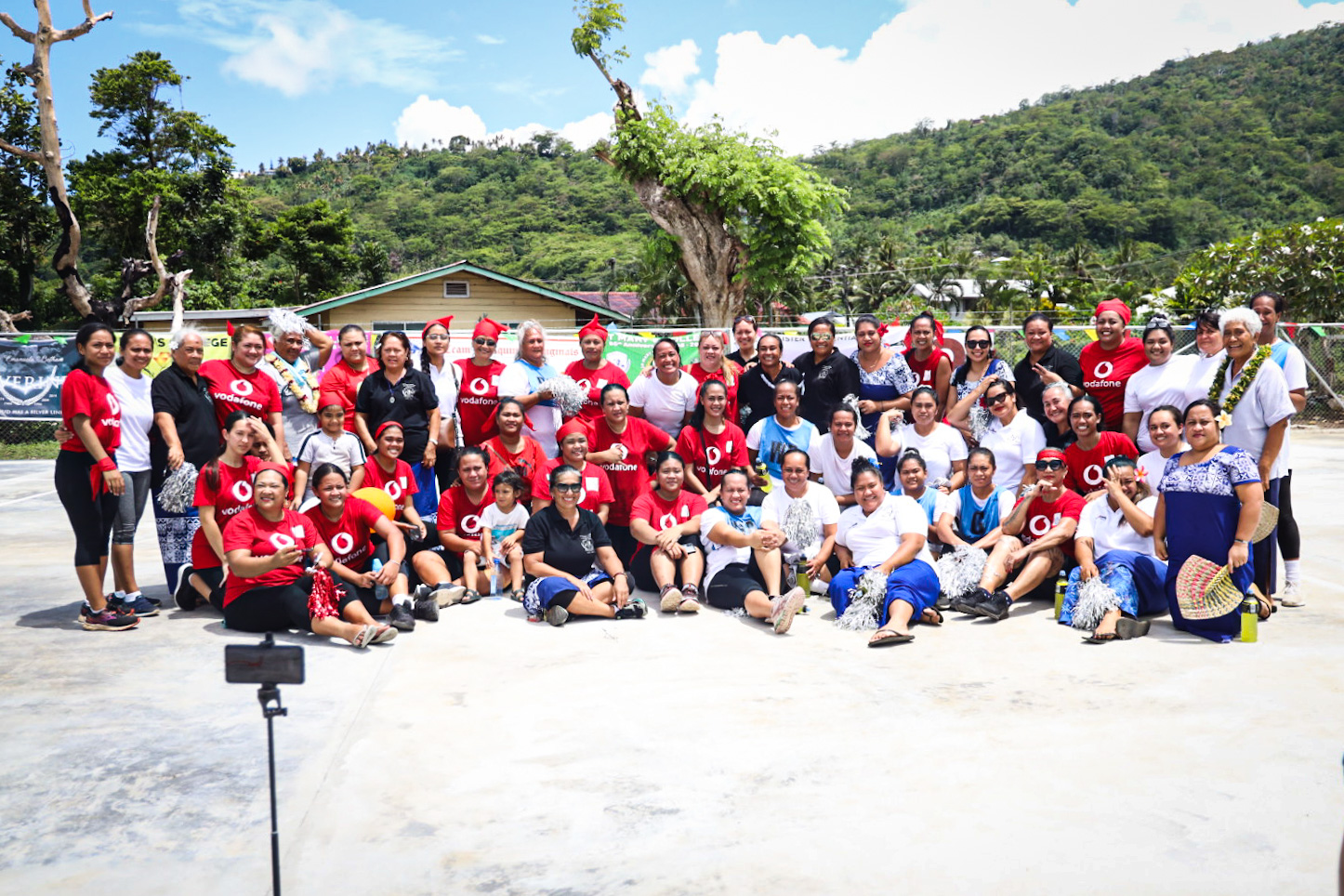 The President of the S.M.O.G.A Afamasaga Vernier Punivalu told the media after the opening of the netball court that she is happy that the work has now been completed.

"We praise the Lord that we have successfully completed this," Afamsaga said. 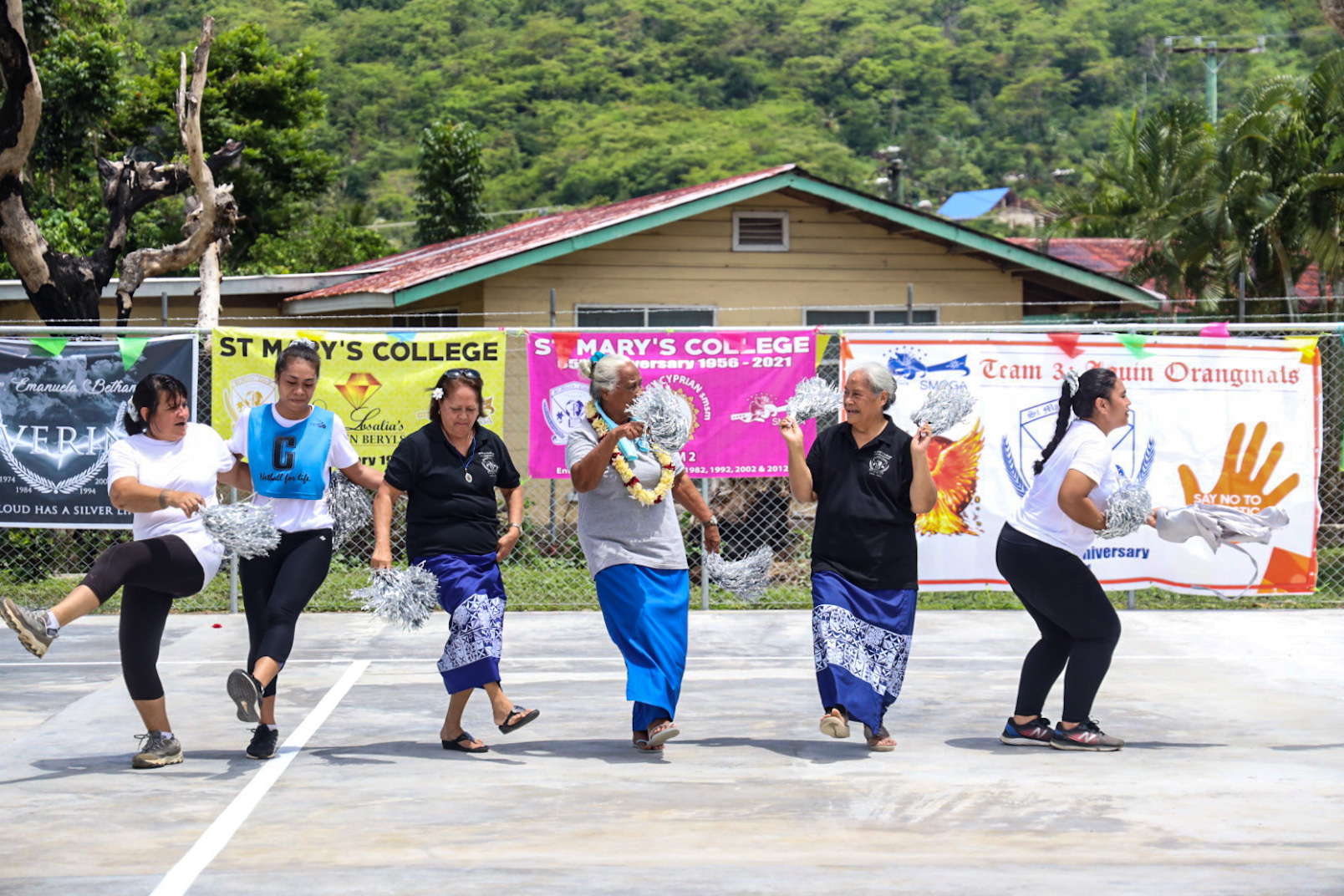 She said that most of the money raised to meet the total costs was from the S.M.O.G.A radiothon held last month, in which they had raised $191,947. 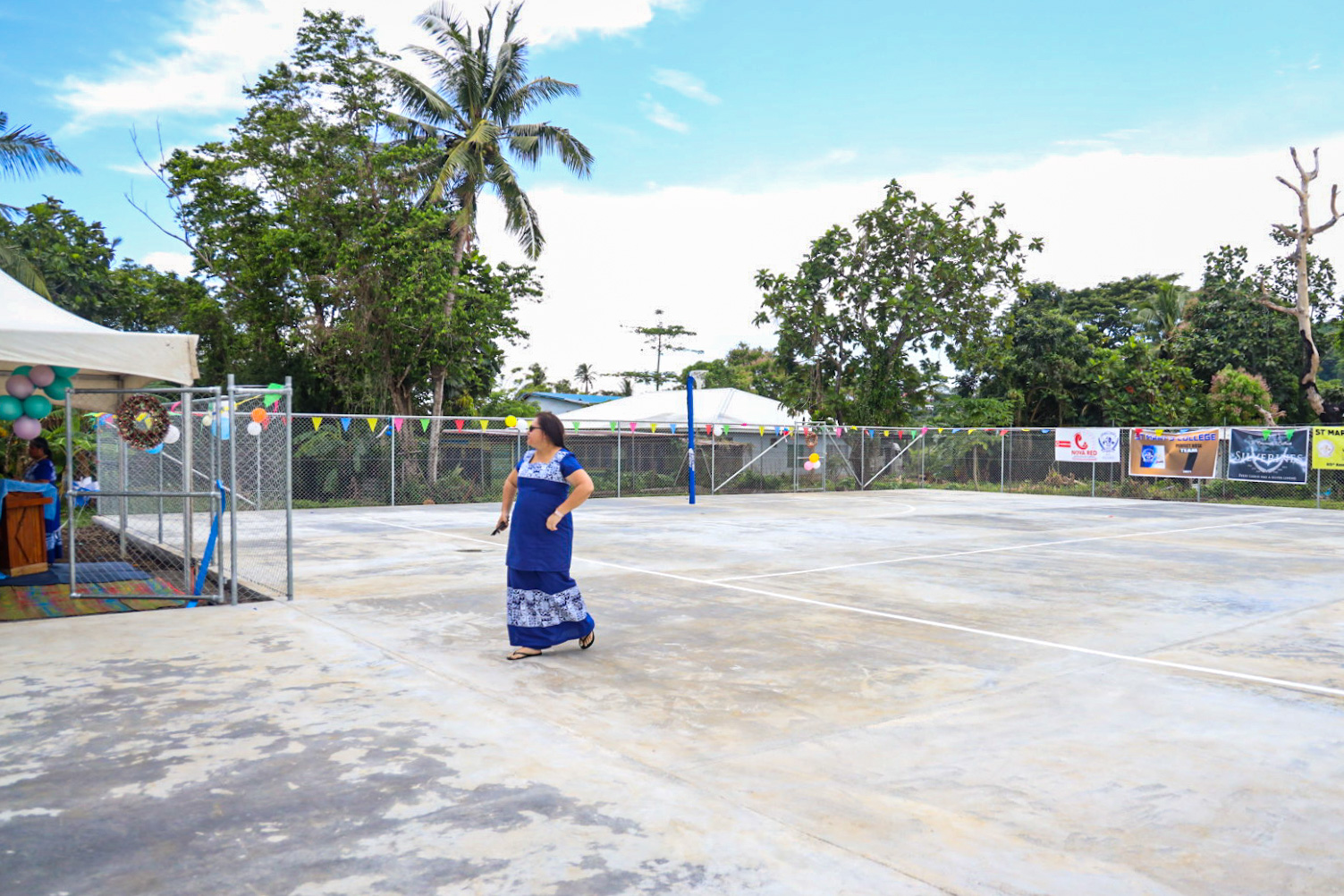 "The total cost of the project is $217,000. There were additions such as the fence around the field and the fence behind it, that is why the cost of the construction increased. The cost of the work doesn't reach [$200,000]," she said. 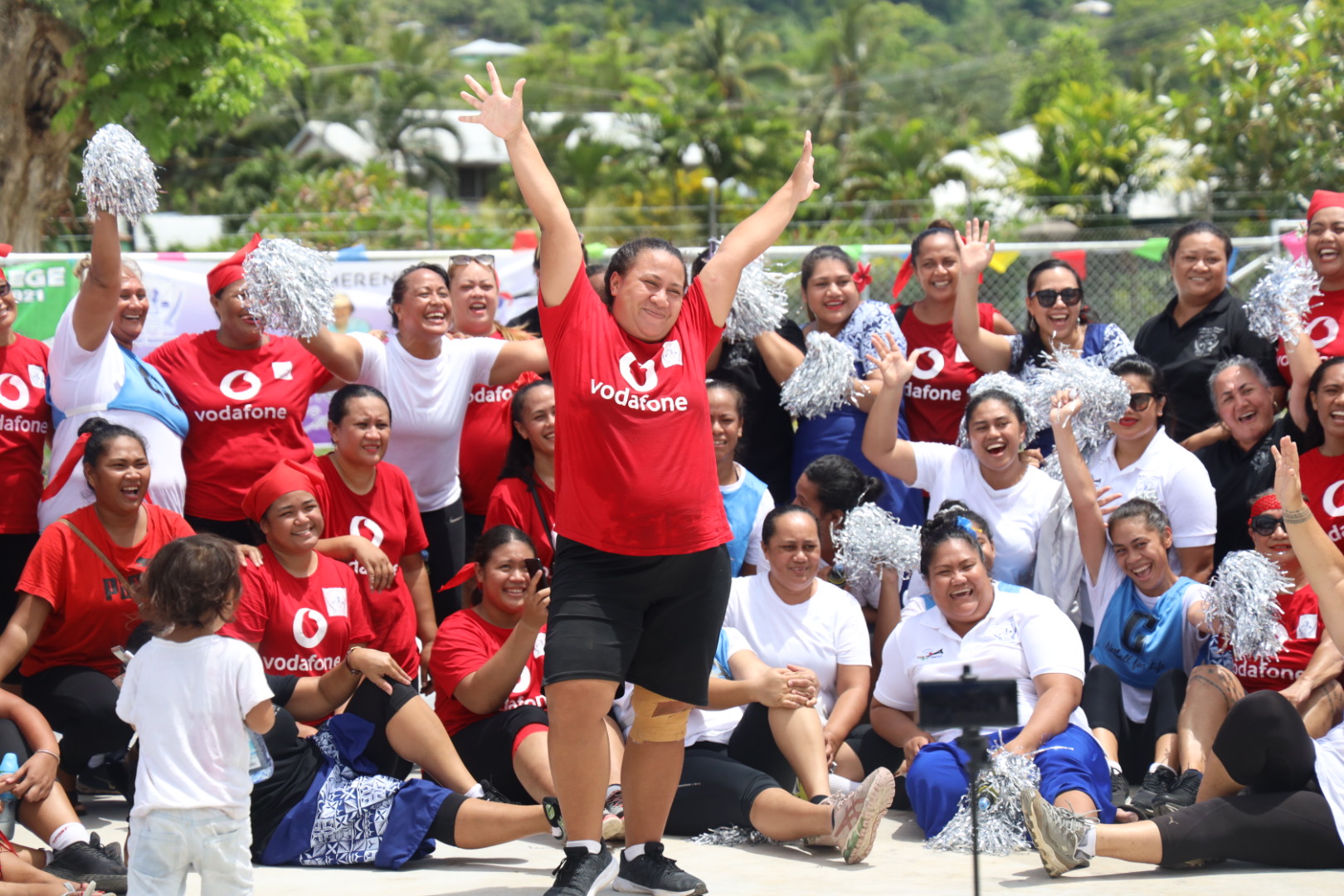 "As you know, St. Mary's College has over 400 girls that are educated here. Netball is a sport that they are especially good at, not only that, there is a lot of talent. 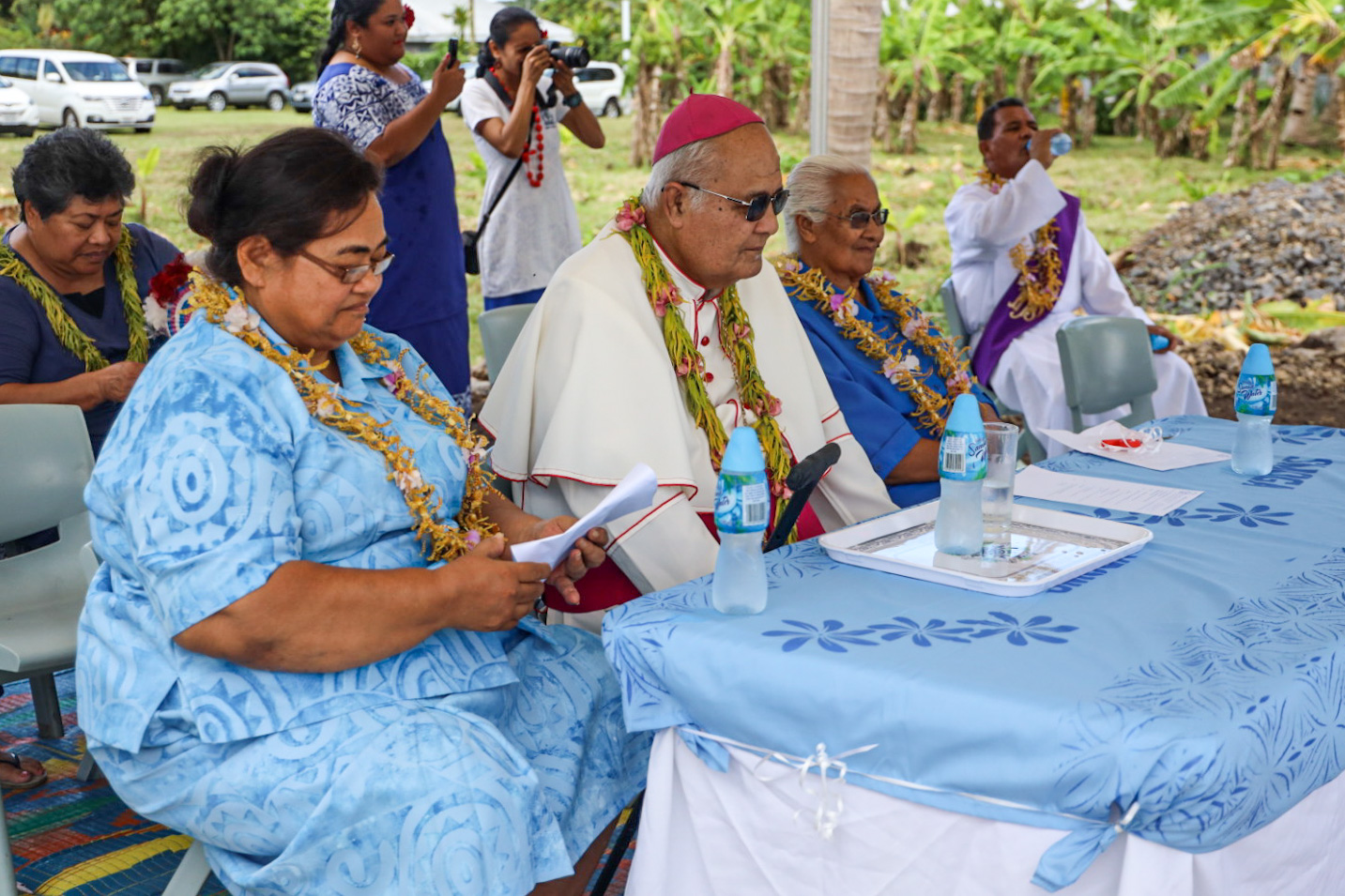 "The field can be used for other games such as volleyball and basketball. The important thing to us is carrying it out because we have been working on this project for a long time." 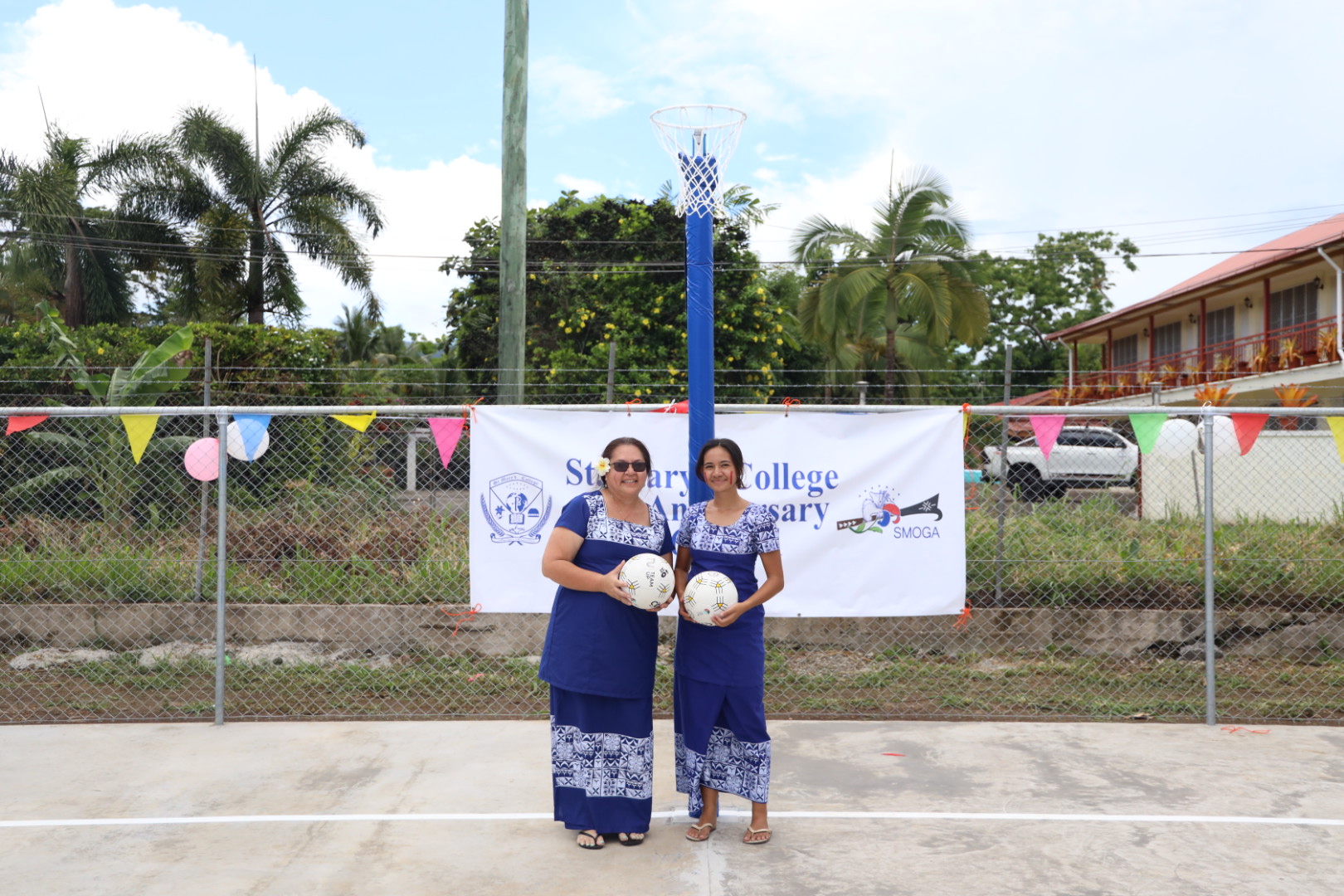 Afamsaga stated that there were difficulties along the way but one of the reasons for the project was for the school. 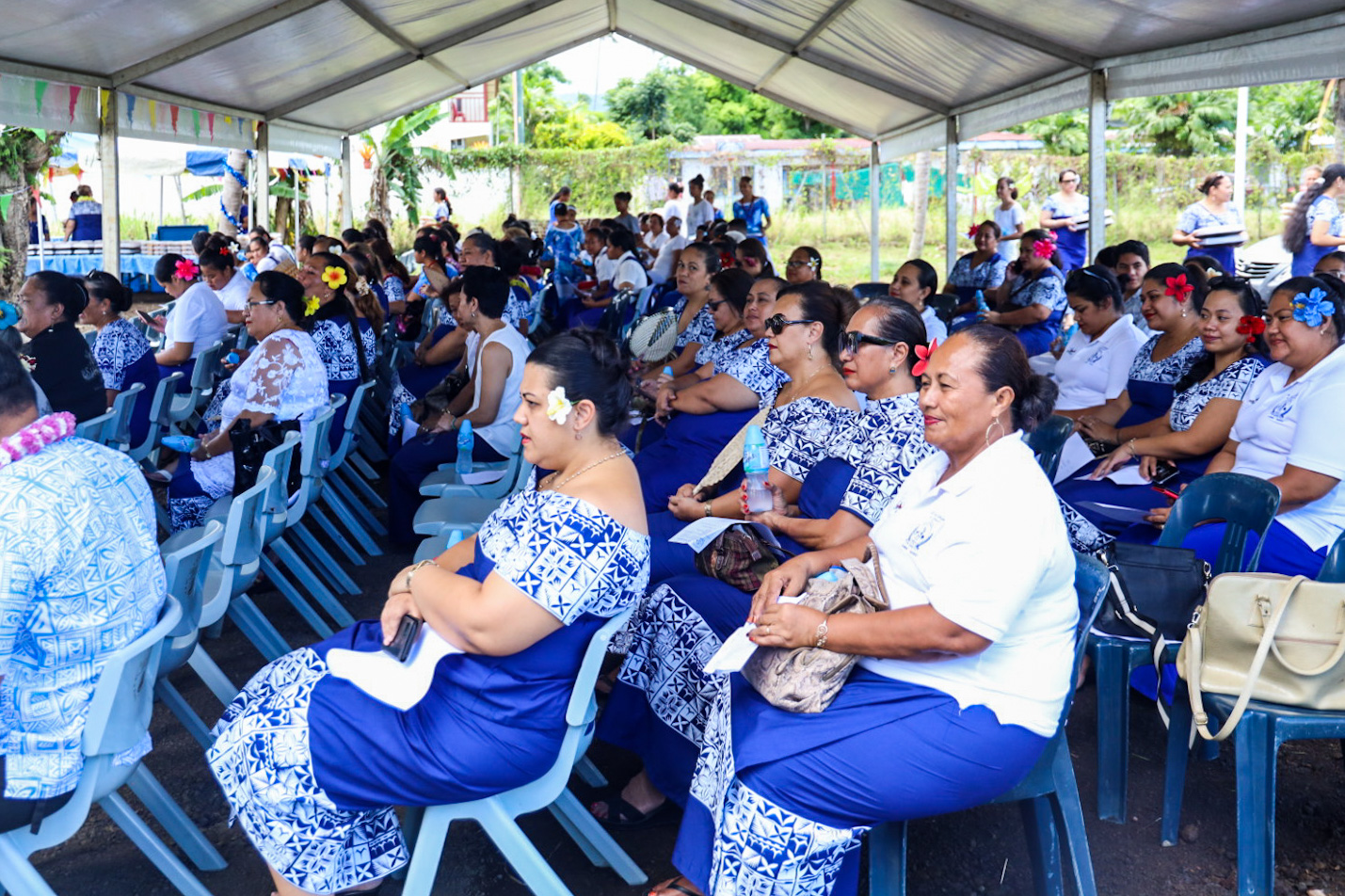 Construction of the netball court had taken nine weeks and was done by Racona Constructions with other partners such as OSM, LPG, and Bartley Consultants. 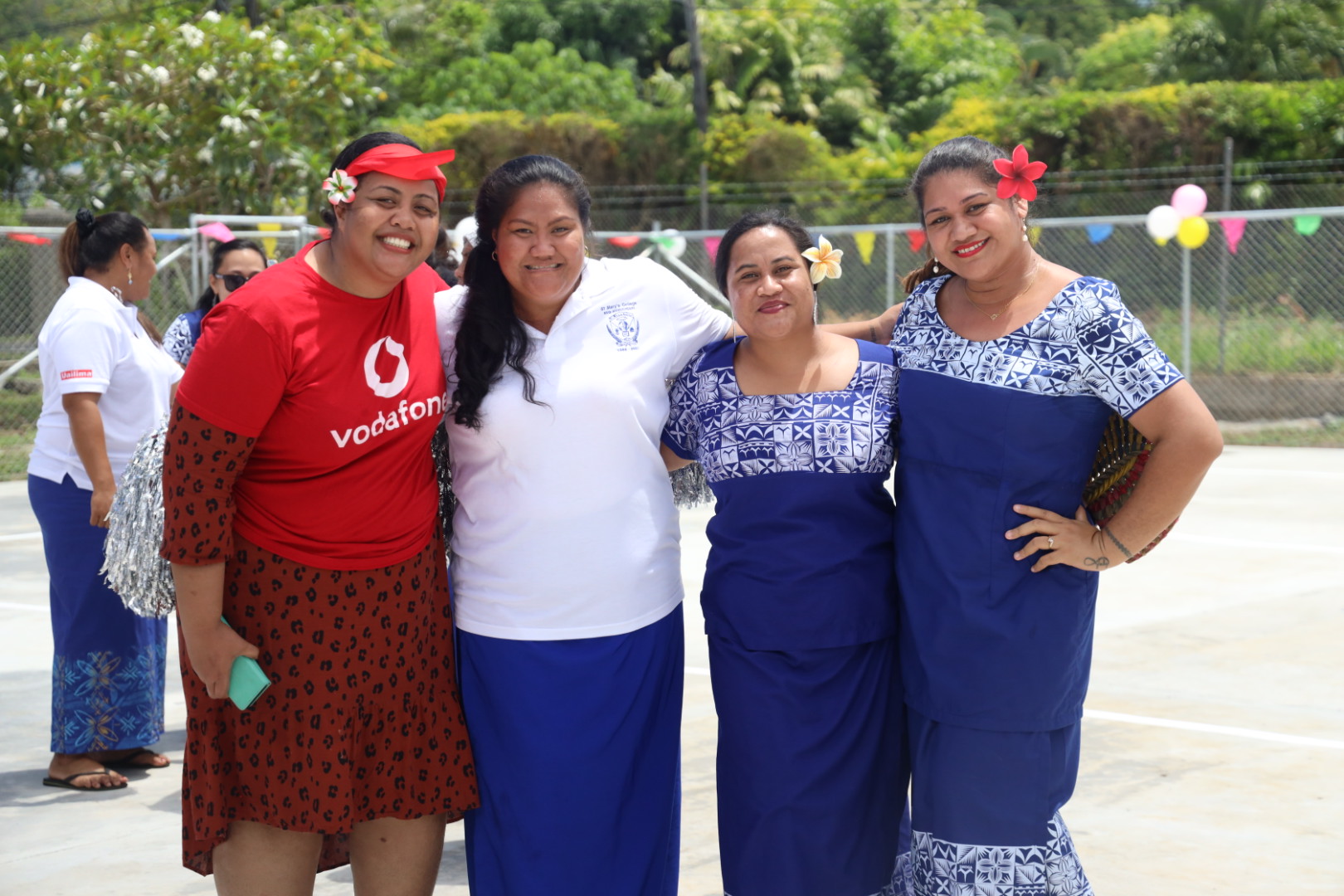 "Praise the Lord. We feel happy that the dream of our association has come true," she said.

"I thank all of those who assisted towards our Radiothon, businesses, people, and especially the parents and children of the school." 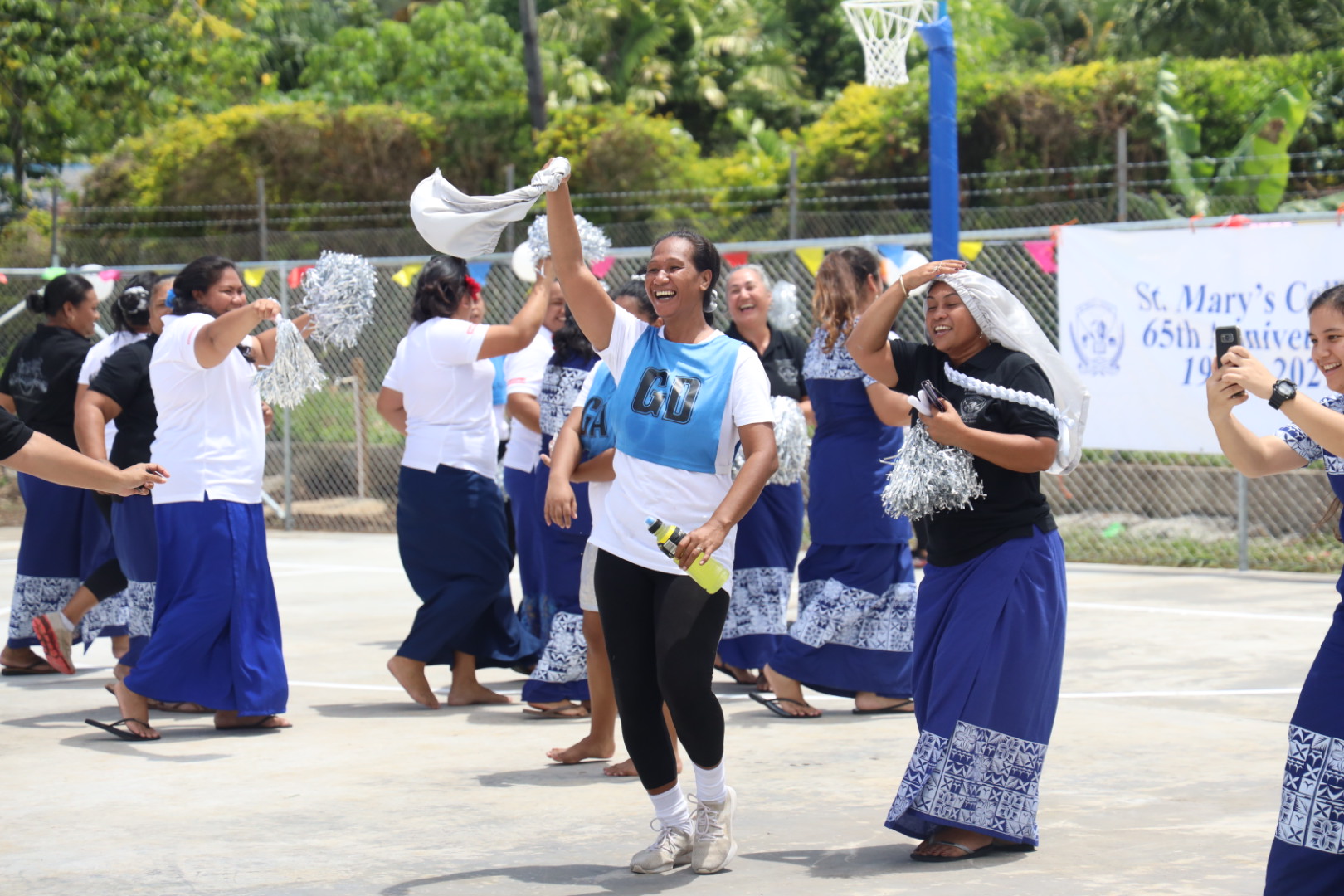 Afamasaga said that they could not have done it by themselves as they also rely on the assistance of partners and families. 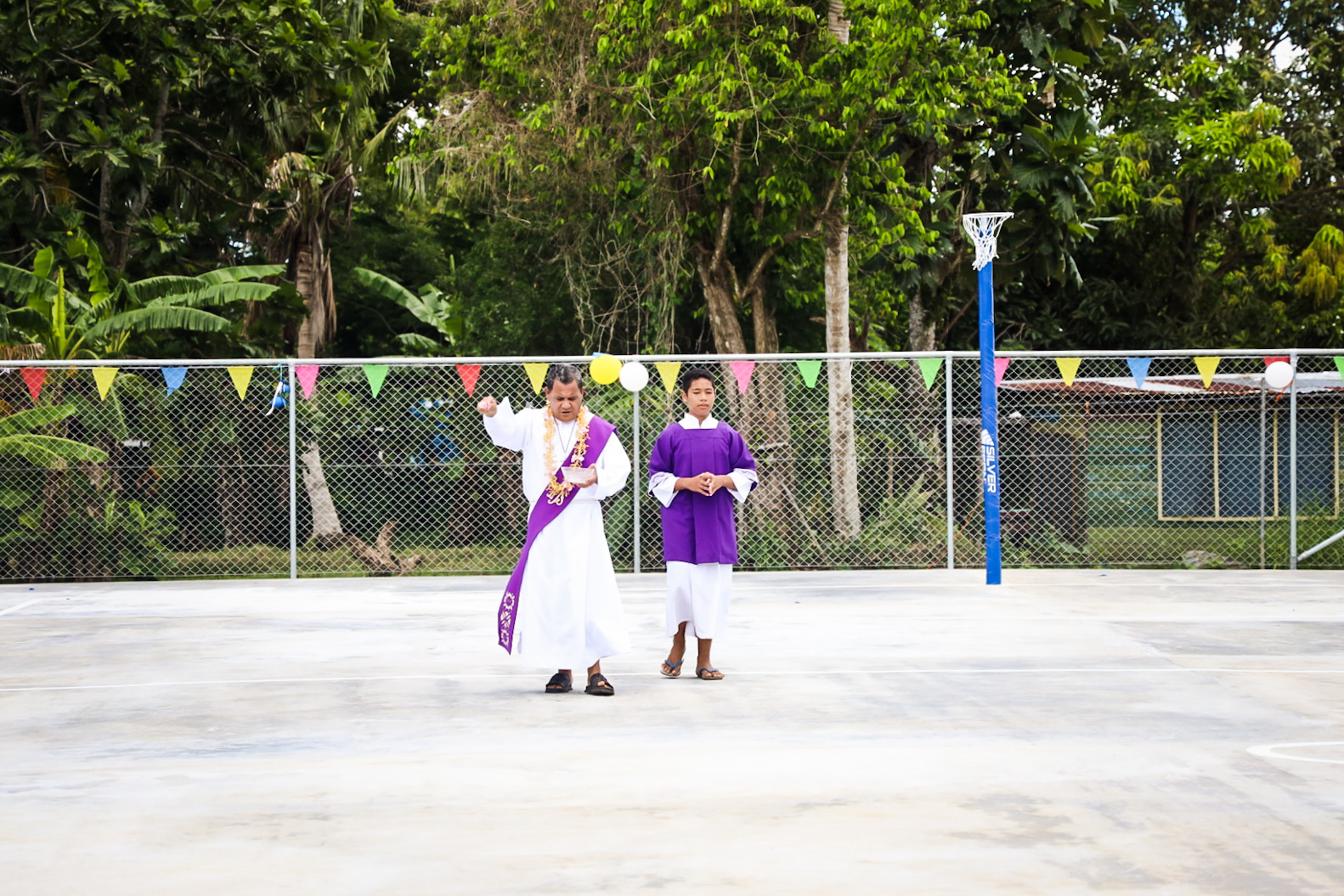 The finals of the S.M.O.G.A netball tournament was then held on the recently opened netball court between Team 6 Nova Red and Team 3 Sylverines after making it to the finals. 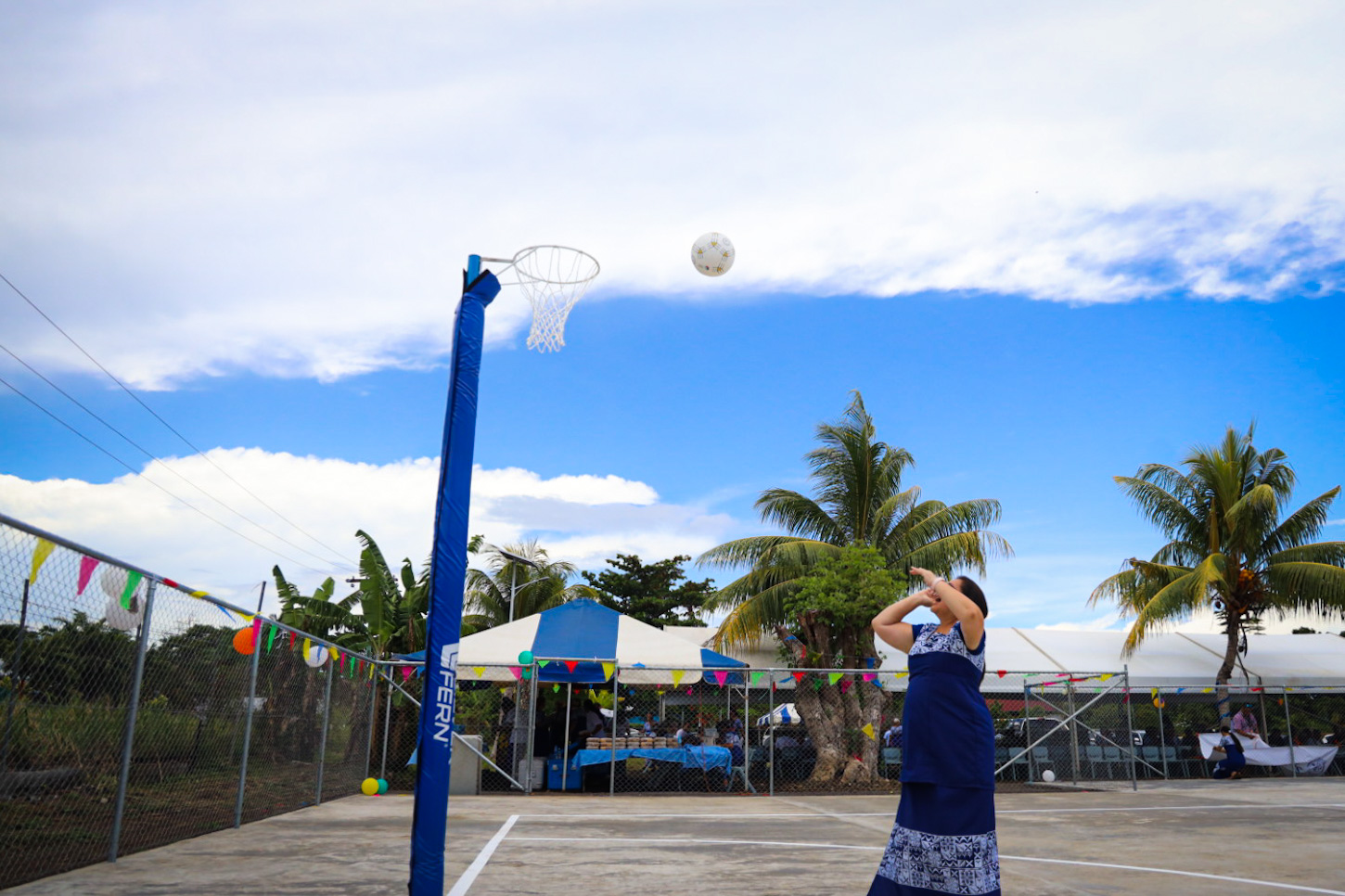 Sylverines were victorious after scoring 7 points while Nova Red had scored 6 points, making the Sylverines the first-ever netball team to win a match on the S.M.O.G.A netball court.