Samoa
(L-R) Associate Minister for the Ministry of the Prime Minister and Cabinet, Manuleleua Paletasala Tovale with the new taro variety also being admired by a farmer. (Photo: Vaitogi A. Matafeo)

The Minister of Agriculture and Fisheries (M.A.F.), La'auli Leuatea Schmidt, launched the new taro variety to coincide with the celebrations of World Food Day and International Year of Fruits and Vegetables. 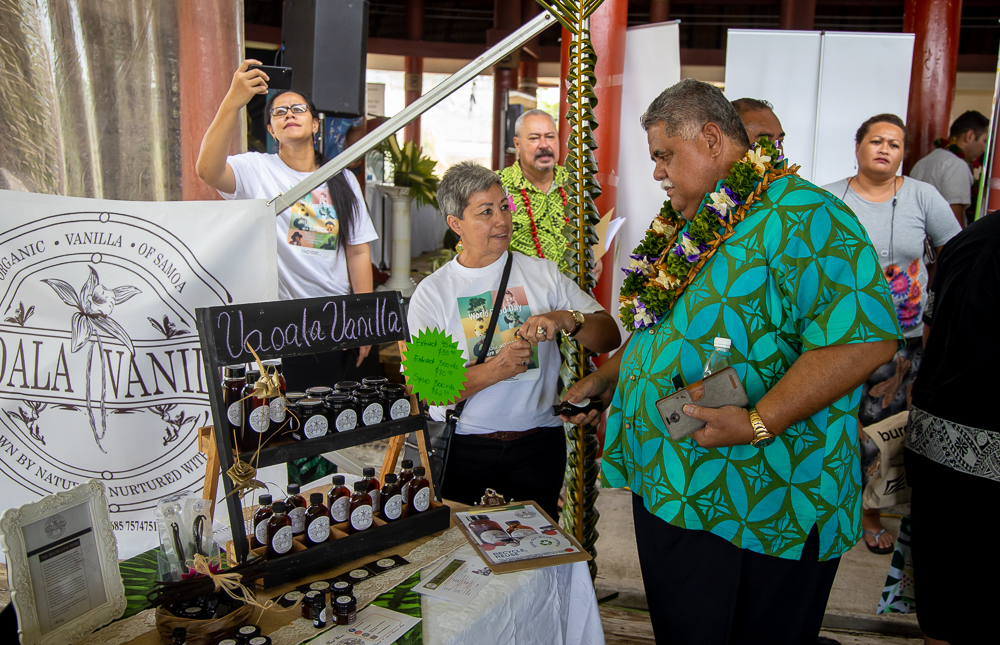 The celebrations were held at the Samoa Tourism Authority Fale with Cabinet Ministers, Associate Ministers and members of the diplomatic corps as well as Food and Agriculture Organization (F.A.O.) Sub-Regional Coordinator for the Pacific, Xiangjun Yao in attendance.

According to La'auli, the new taro variety will be added to the four approved taro varieties for export from Samoa.

“The selection of this variety is the result of ongoing collaboration between M.A.F., [Scientific Research Organisation of Samoa] S.R.O.S., our taro farmers and exporters, who have successfully evaluated and selected one taro line from the Cycle 8 breeding programme,” La'auli said.

He added that they decided to name the new taro variety “talo vave” which was a name most farmers used as that particular variety took 4-5 months to mature unlike other varieties which can take up to six months. 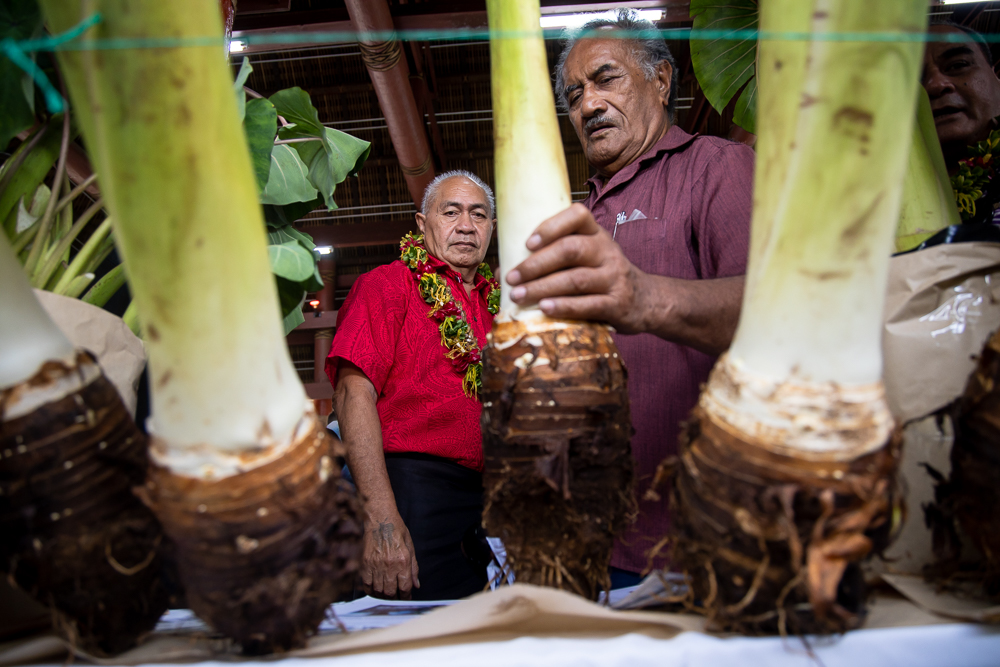 “Other farmers call it talo 4-masina [four months]. The selection of this variety was based on sensory taste test, growth and yield performances, resistance to the Taro Leaf Blight, and acceptable shelf life suitable for export markets.”

La'auli also invited the guests to have an opportunity to taste the new taro variety and compare it with the other four approved export varieties, namely Talo Samoa-2, Talo Salani, Talo Fusi and Talo Tanumalala. 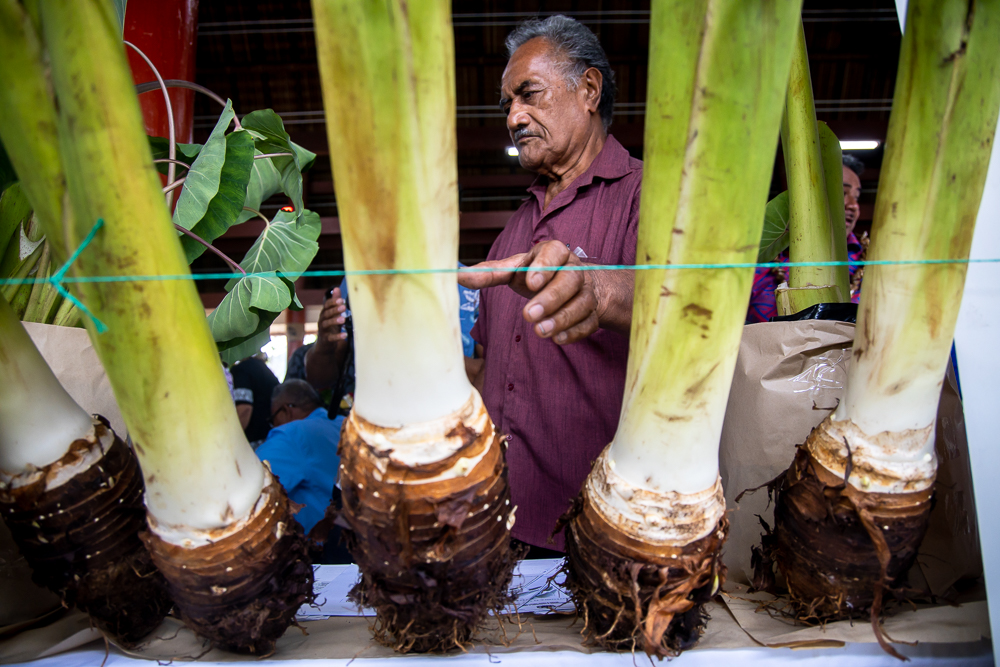 “I would like to take this opportunity to acknowledge our development partners, farmers and exporters that have been involved and contributed to our ongoing taro improvement programme and I look forward to new taro varieties being selected from the programme, for our food security and nutrition, and export markets.” 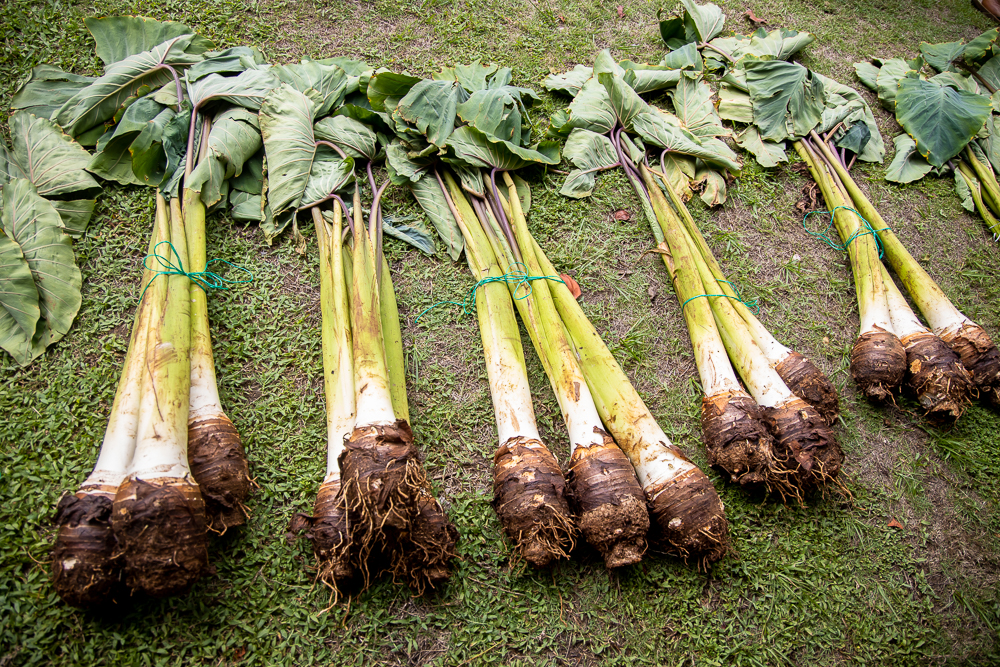 La'auli also launched Samoa’s Food Systems Report 2030 which highlighted the pathway for "transforming food systems for a resilient and healthy Samoa where no one is left behind" and achieve sustainable food and nutritional security and affordable diets.

“This report presents a pathway for transforming our food systems, based on the findings of the 2021 National Food Systems Summit Dialogue, and evidence on the status of food and nutritional security, and proposed solutions for improving sustainable and resilient food systems in Samoa.” 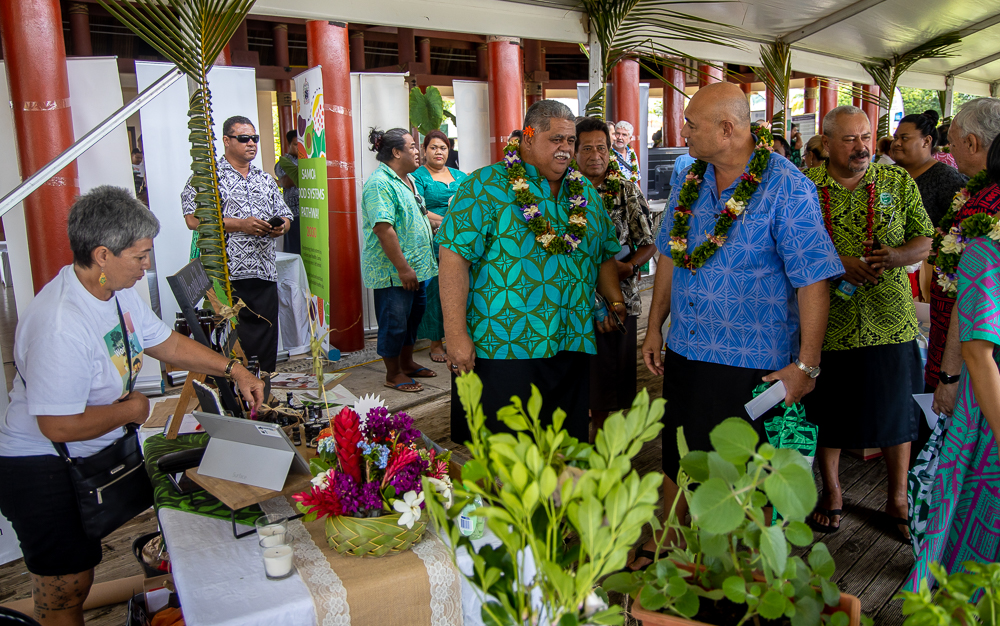 He also acknowledged the financial support and technical assistance provided by the F.A.O., the Resident Coordinator’s Office of the United Nations, as well as the International Fund for Agricultural Development (I.F.A.D.).

“I also wish to acknowledge the support of all stakeholders who contributed to the development of our Samoa Food Systems Pathway 2030.

“We ask for your continuous support to work together with us in improving our joint efforts, for achieving sustainable food and nutritional security and affordable healthy diets for our people."