Samoa
Hailey Rassmussen with one of her art pieces. (Photo: Junior S Ami)

An exhibition by emerging artists from the university’s visual arts program opened on Tuesday with the students displaying artwork in water painting, oil painting as well as charcoal.

The arts students have agreed to give 50 per cent of the proceeds from the sales of any of their artwork to the mental health facility at Moamoa. 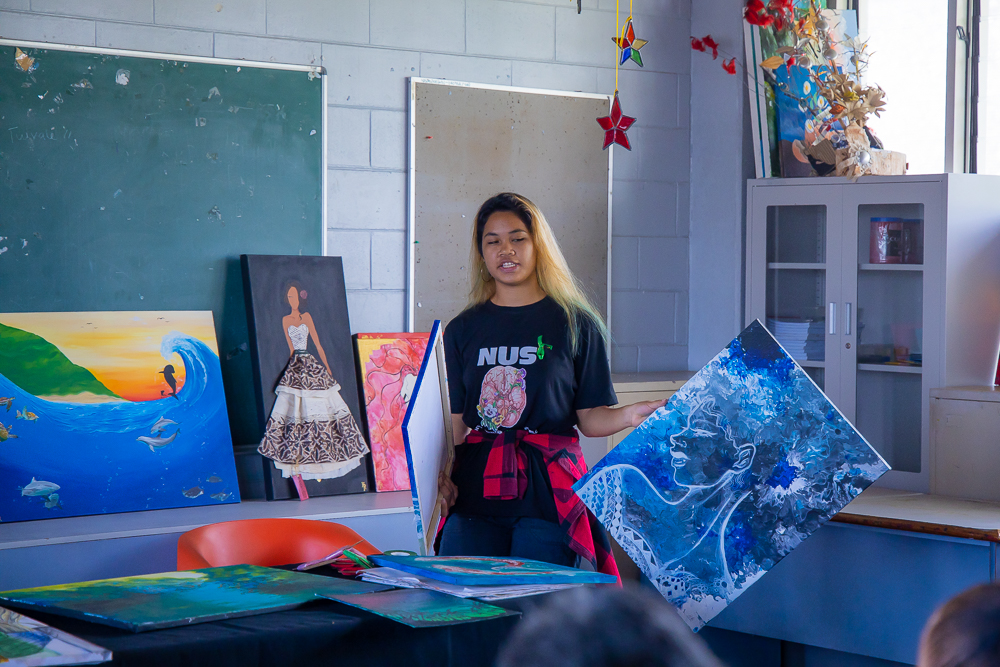 Visual arts student Hailey Rassmussen was elated that her artwork was part of the exhibition.

"It's very different because this is the first time that my art has been exhibited anywhere,” she said.

“Most of my work is either slow or delayed or can't be made, it's good, it's a nice feeling.”

Ms Rassmussen’s favourite piece is a painting of a young woman holding a flower. 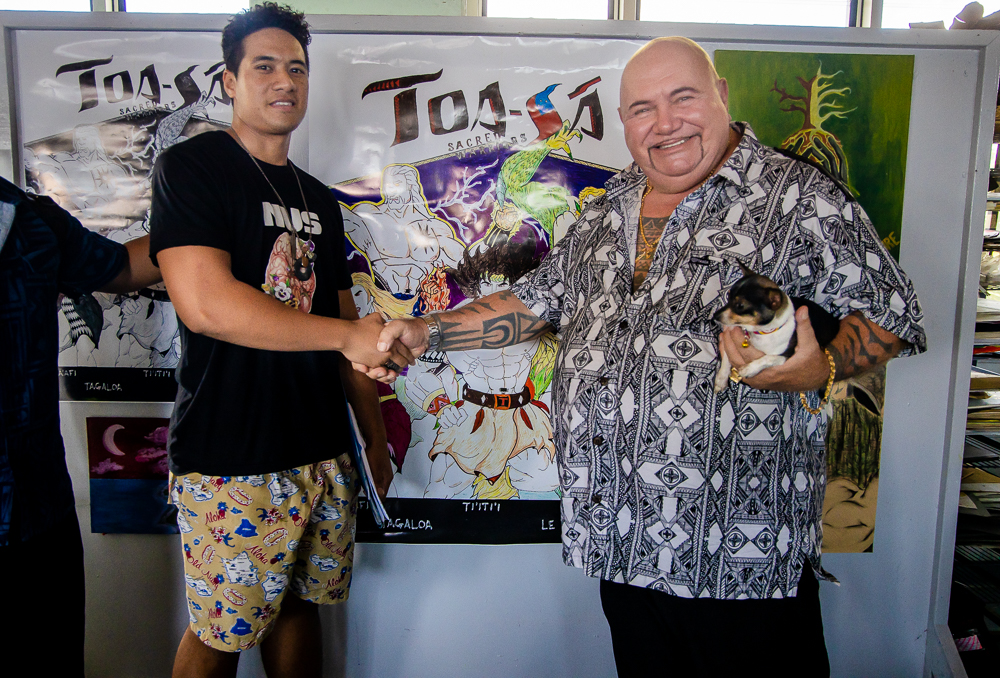 "Well most of my paintings don't really have a deep meaning, the only reason why she has a flower over her eye is because I can't draw symmetrical faces," she said.

"But the theme I did use the Greek look because a lot of my work that we did in the class was Renaissance art so that's why I chose the Greek kind of idea."

Asked how she felt about giving half of any sales proceeds from her artwork to Goshen Trust, she said: It’s great I wouldn't mind giving all of it to Goshen because I don't really know what to use the money for." 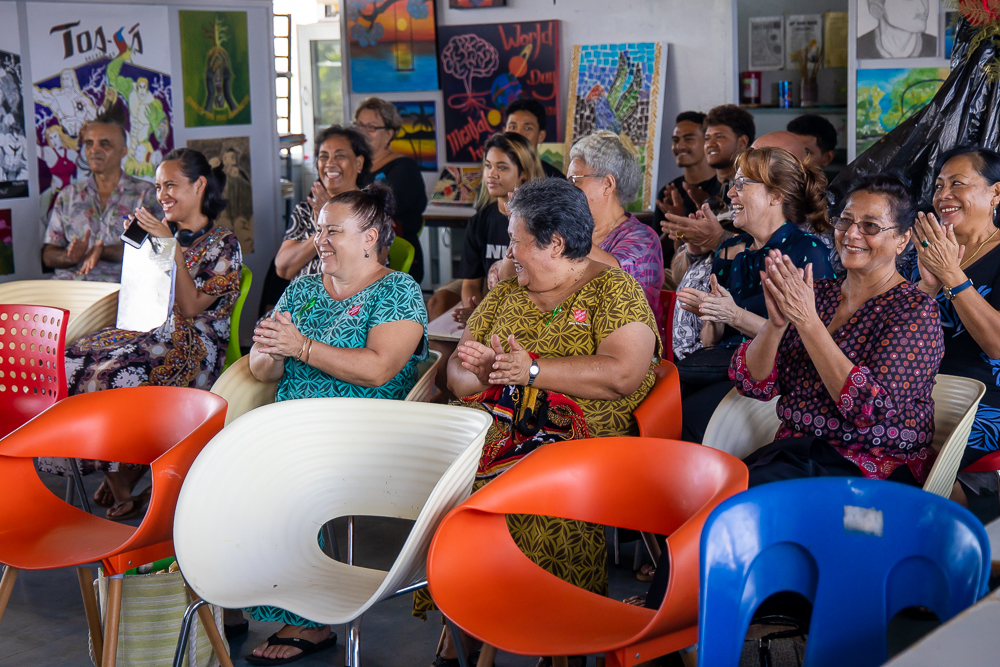 His artistic piece at the exhibition was a comic book style of Samoan warriors called "Toa Sa" or Sacred Warriors.

Mr. Tipama'a said he had grown up watching cartoons and American animated films and wanted to be part of it.

"Talent comes from God because I believe in him," he said in an interview.

His love for Marvel Comics and DC Comics is unrivalled and he says he hopes that one day he will publish his own comic book based on the “Toa Sa”, which he said is similar to superhero characters Avengers and the X-Men.