Samoa
The van being towed away was face crushed almost reaching the dashboard. (Photo: Anetone Sagaga)

The collision between a Toyota Alphard and a Toyota Hiace at the intersection of Aoa Street and Maali Street before 8am on Monday left both vehicles looking worse-for-wear.

The Toyota Hiace van is owned by Sula's Bakery with the impact of the collision damaging its engine and cracking its windscreen. 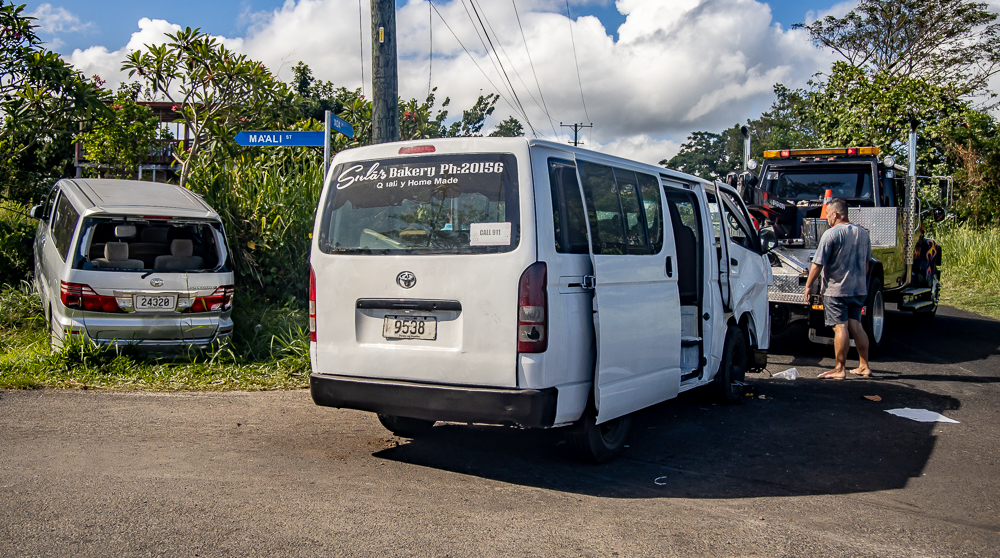 The Toyota Alphard’s rear window was shattered by the impact with the doors on the Toyota Hiace van also getting dented.

Samoa Fire and Emergency Services Authority (F.E.S.A) officers were the first responders to get to the scene of the crash with police following.

The police at the scene, who don’t have authority to speak to the media, told this newspaper that the crash occurred when the Toyota Hiace Van travelling through Maali Street failed to stop at the intersection. 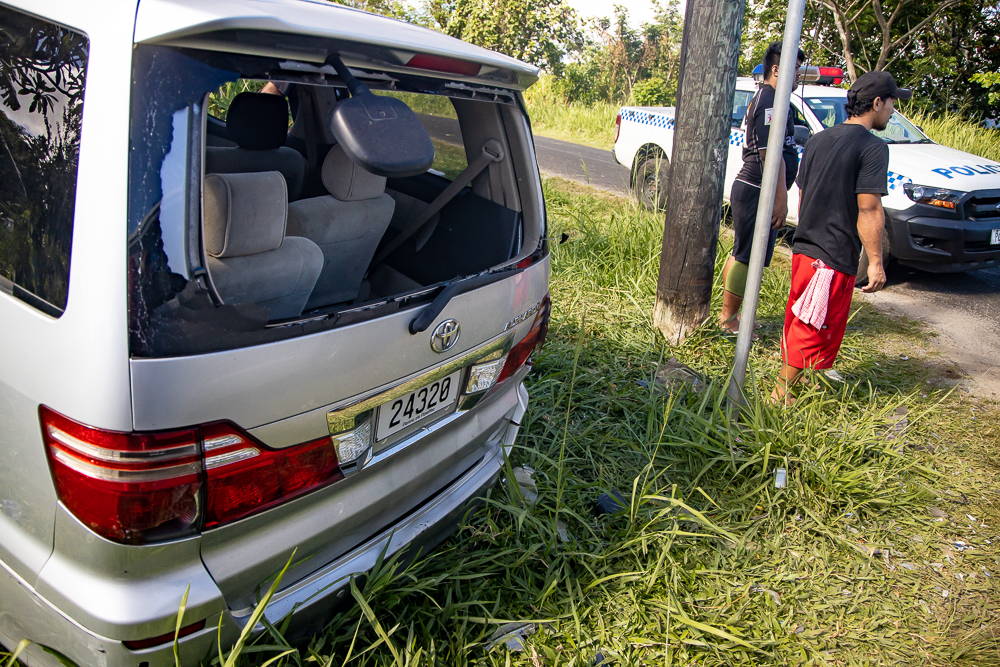 It then collided with the Toyota Alphard which was travelling through Aoa street.

There was no stop sign on the side of the street where the Toyota Hiace Van was travelling from except for a bent metal pole with no stop sign attached to it.

Close to 30 minutes after the crash, another Toyota Hiace owned by Sula's bakery arrived with staff to collect the bread that was in the van that had crashed at the intersection. 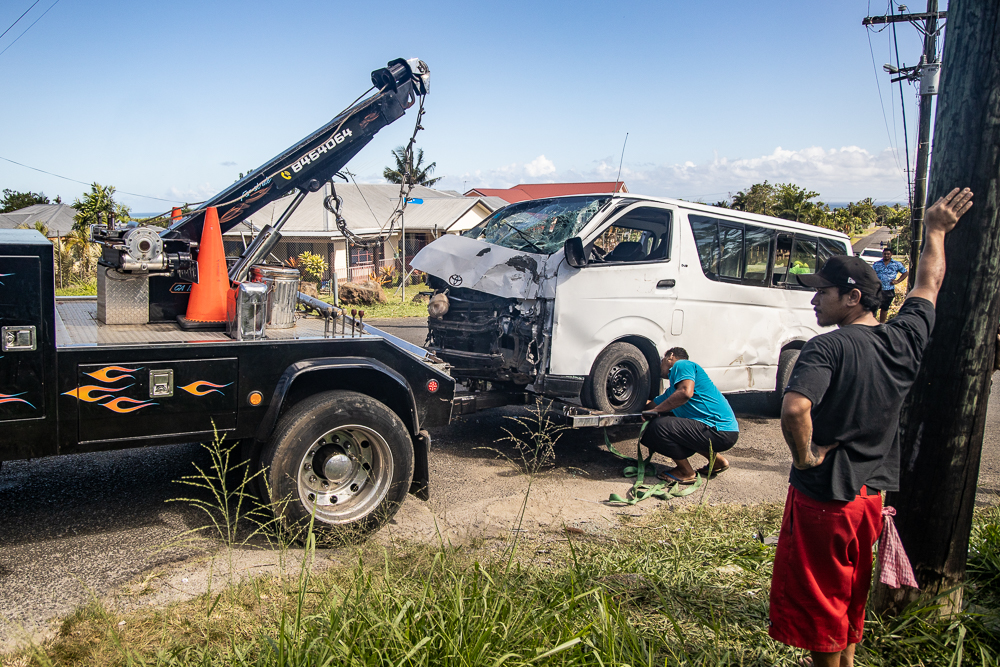 A tow truck had arrived shortly after to tow away the Toyota Hiace Van.

Witnesses who arrived at the scene said that four people were taken to the hospital.

The Samoa Observer was unable to get comments from those who were taken to the Tupua Tamasese Meaole Hospital at Motootua for treatment.

However, a nurse said that some of the people involved in the car crash were discharged while one remains at the hospital.

The Samoa Police Services has been contacted for a comment.