The Apia Clock Tower is shining bright with the pink lights to commemorate Pinktober after technical issues that prevented its iconic lights from being turned on a fortnight ago were fixed.

Pinktober was launched two weeks ago but electrical issues prevented the light display from forming a part of the initiative, which is designed to raise awareness of breast cancer. The lights were finally switched on on Thursday night. 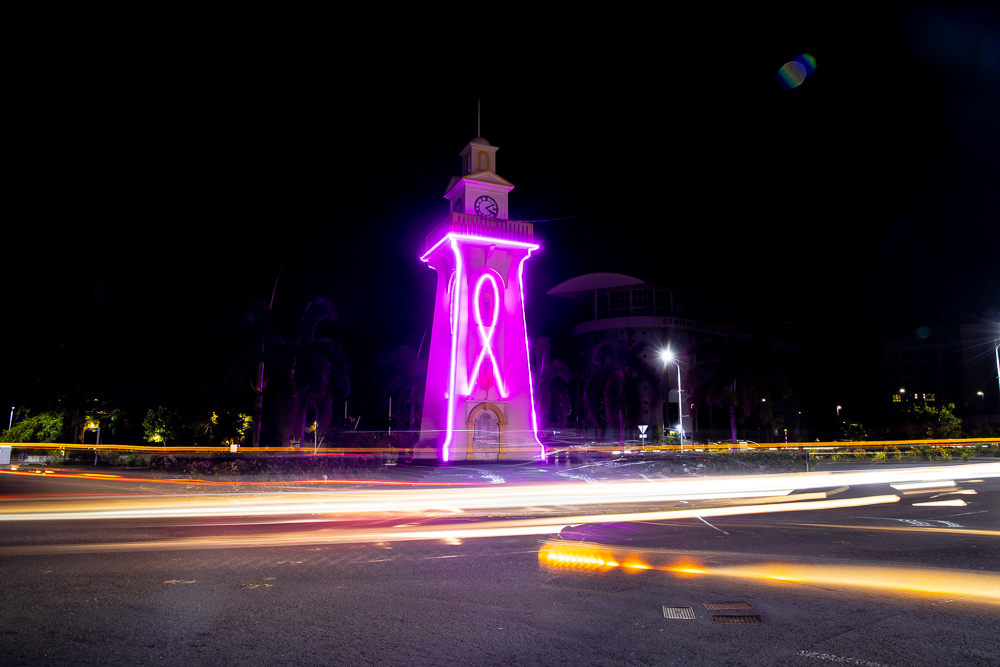 "One they remind us of how important it is to be aware of breast cancer in our community," Su'a said.

"And two, [they are] also a beacon of hope and support for those that are suffering with cancer and the families as well that are going through with the patients that are suffering from breast cancer, that they're not alone. That the whole community is behind them and will support them in anyway that we can."

Su'a acknowledged the support given by the ANZ bank's Regional Country manager Bernie Poort and others at the bank who had provided support and assistance in turning on the lights.

Pinktober was officially launched in Samoa in early October and a small ceremony was held at the headquarters of the ANZ Bank with guests including Prime Minister Fiame Naomi Mataafa attending the event.

The Prime Minister commended all collaborative efforts and initiatives including the commercial and creation of strong partnerships and networks to generate awareness of the problems posed by the illness. 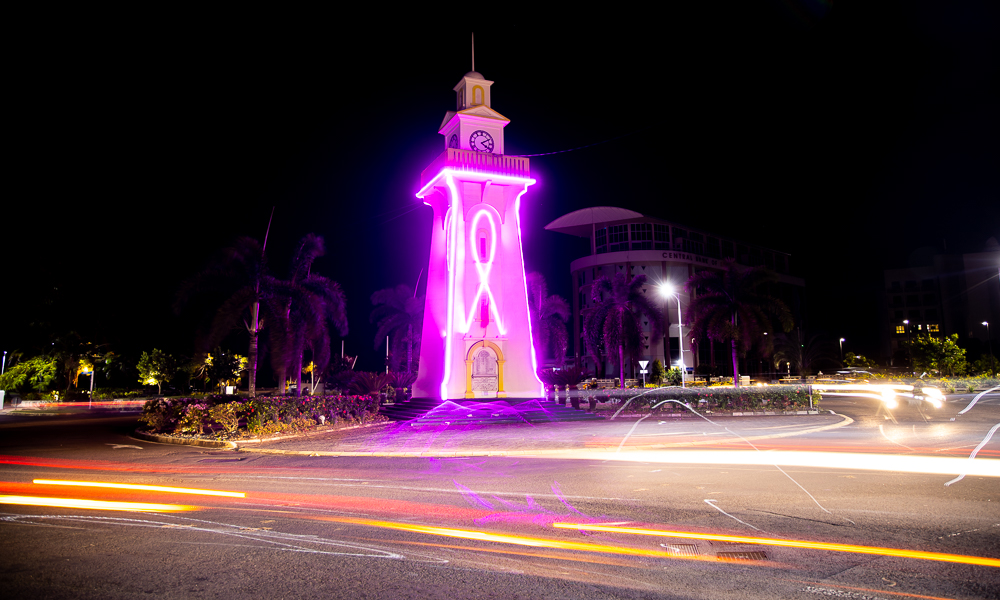 The theme for this year's Pinktober is: "Working together".

Su’a said the society’s Pinktober initiatives will be focused on raising awareness about the importance of women conducting self-examination and getting regular medical check-ups to encourage the early detection of cancer.