White Cane Day was commemorated in Samoa on Wednesday to mark the importance of independence to the country's visually impaired and the tool they most often use to achieve it.

The day has been marked as an international tribute to the skill and ingenuity of the world's blind and partially sighted people for more than 50 years, beginning under former American President Lyndon Johnson in 1967.

This year's event in Samoa was held at the Millenia Hotel at Sogi on Wednesday morning.

The General-Manager of the Nuanua o le Alofa (N.O.L.A) and President of the Samoa Blind Persons Association (S.B.P.A) Mataafa Faatino Utumapu explained the importance of the day in an interview with the Samoa Observer on Wednesday.

"White Cane [day which we] celebrate every year is a significant tool which supports the independence of persons who are blind and visually impaired," Mataafa told the Samoa Observer.

"It is actually part of our identity as without the white cane we cannot mobilise. And as witnessed during today's opening, some of us have stated that the white cane has taken them to greater heights so it is indeed a very useful tool."

According to Mataafa, there are approximately 80 white cane users in Samoa.

"But with those who have recently had vision loss, they are going through the journey of getting used to the use of the white cane themselves, let alone the other barriers they need to encounter before using the white cane," she said.

Asked about the creation of white canes in Samoa, she explained that is going to be the purpose of the next two days of activities for the organisation staff to use the bamboo to experience whether it is possible to create a white cane out of the bamboo.

"So it will be interesting to see what these guys will come up with." 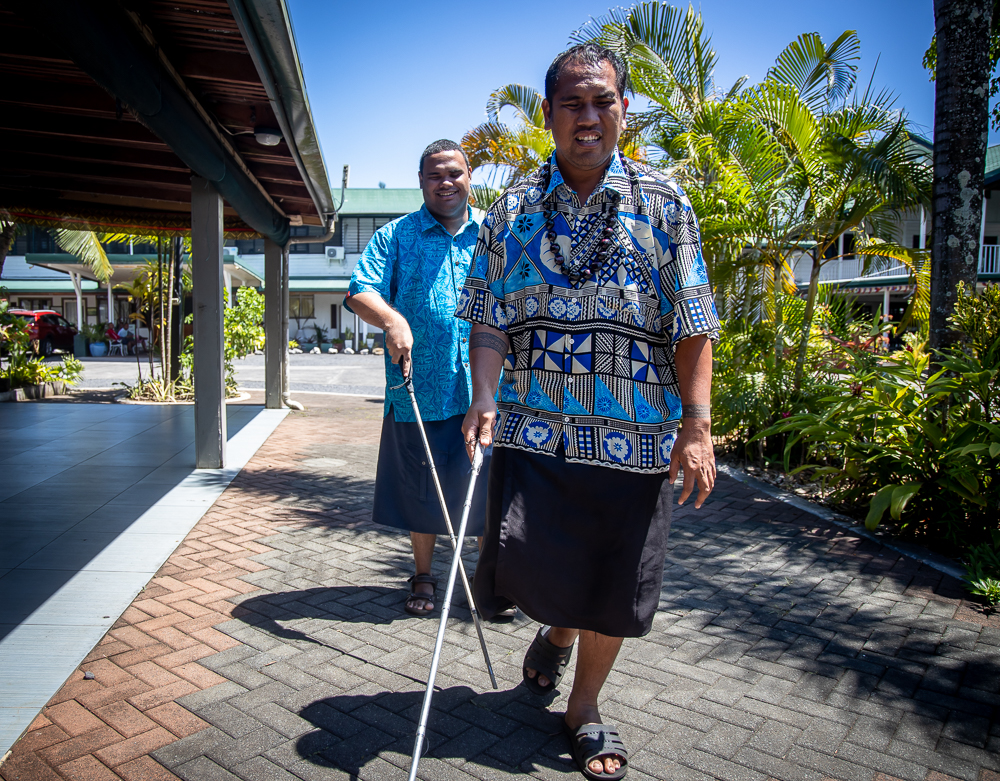 A member of the S.B.P.A, Ari Hazelman told the Samoa Observer on Wednesday that materials to assist the organisation were also launched at the Millenia Hotel which includes a Japanese Sign language Book for the Deaf Association of Samoa and resources to make tactile pictures for children and board games for those who are blind.

He said another resource is a white cane that Mr. Hazelman made in Japan, and materials in braille for COVID-19 response and national disasters.

"The Osaka Lighthouse and Japan Braille Library donated three Japanese made Braille writing machines for the association and a Primary School in Hamamatsu city in Shizuoka prefecture Japan donated a soccer ball with bells for the use of the association," Mr. Hazelman said.

The Osaka Lighthouse is the primary school for blind people in Japan and was previously visited by globally famous disability rights advocate Hellen Keller.

The Samoa Bureau of Statistics is teaming up with the United Nations Development Programme Accelerator Lab in a bid to improve the country’s birth registration system.

The District Court has adjourned a hearing into bribery and treating charges against Prime Minister Fiame Naomi Mata’afa to December after the defence lawyer asked for adjournment.