A reconciliation church service for Samoa's political parties was held on Sunday by the National Council of Churches (N.C.C) after a months-long power struggle that followed the contested April election.

The theme of the Sunday night church service was "Give thanks, forgive, reconcile". 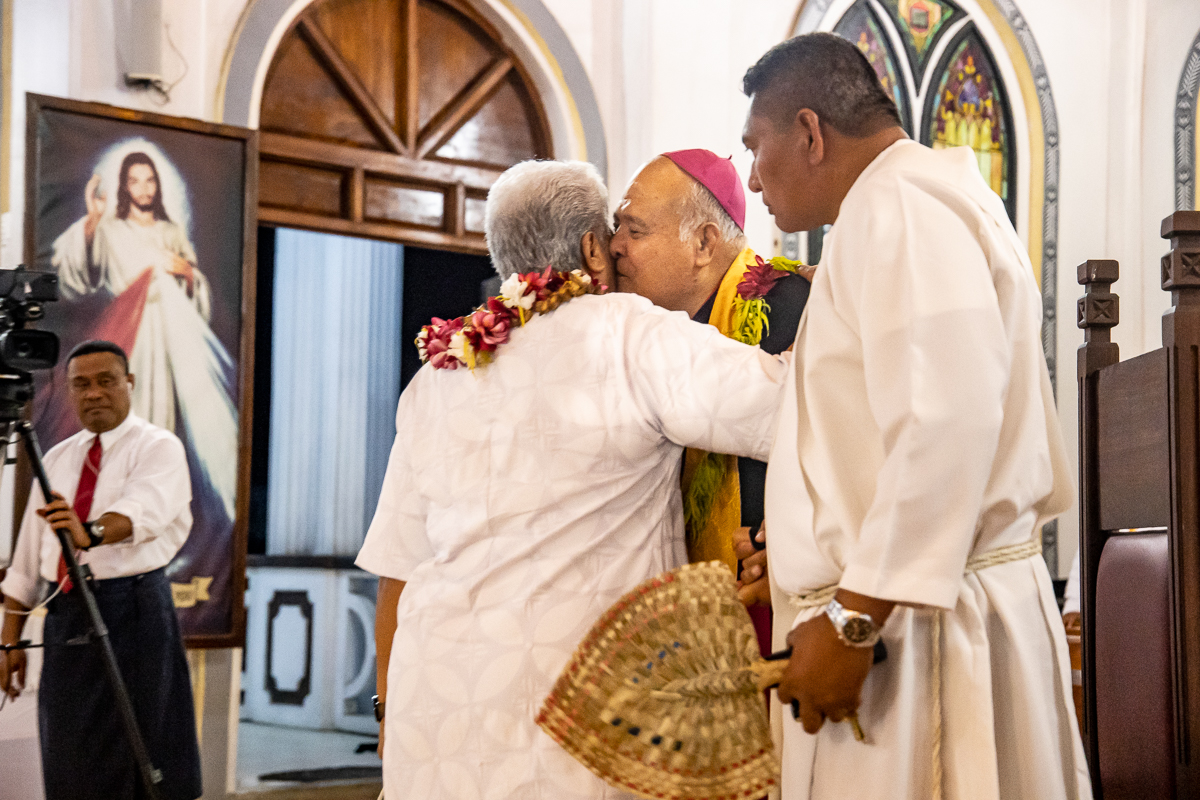 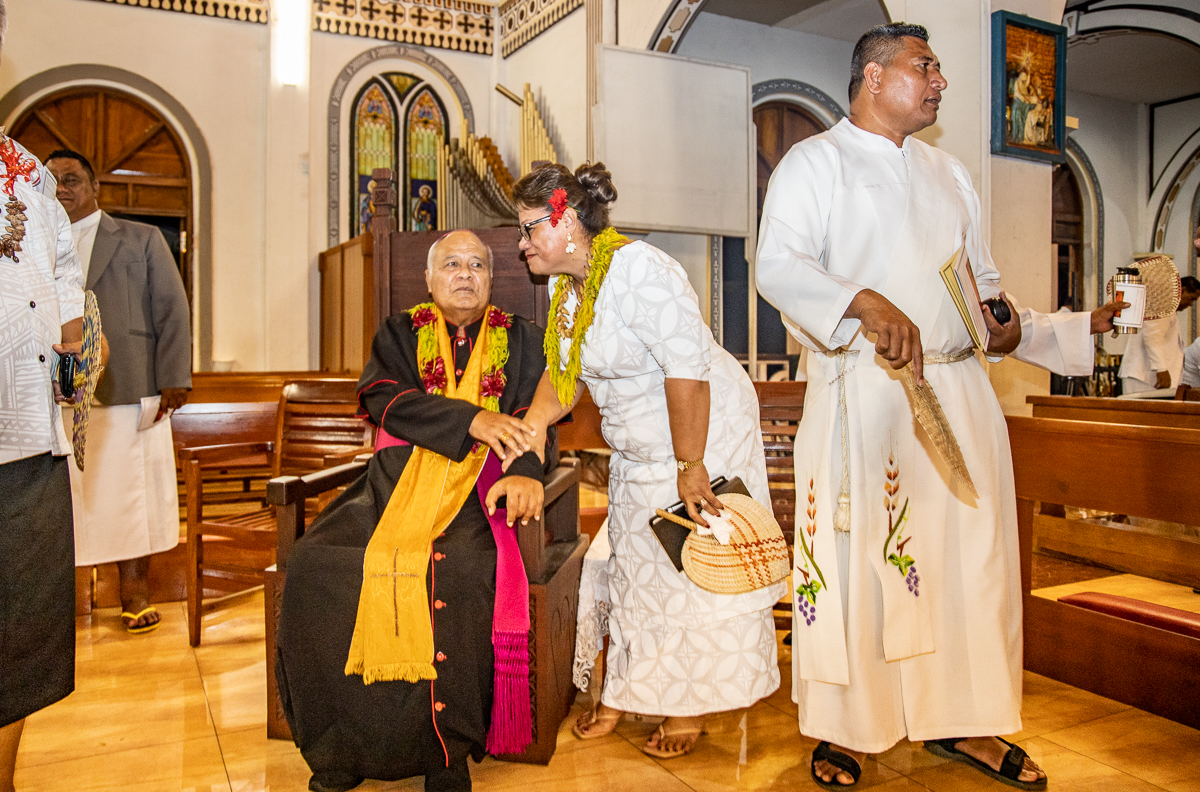 The prayer was offered by the Chairman of the Congregational Christian Church of Samoa (C.C.C.S) and the General-Secretary of the N.C.C Rev. Maauga Motu read from the Book of Matthew from Holy Bible:

"Seeing the crowds, he went up on the mountain, and when he sat down, his disciples came to him. And he opened his mouth and taught them, saying: 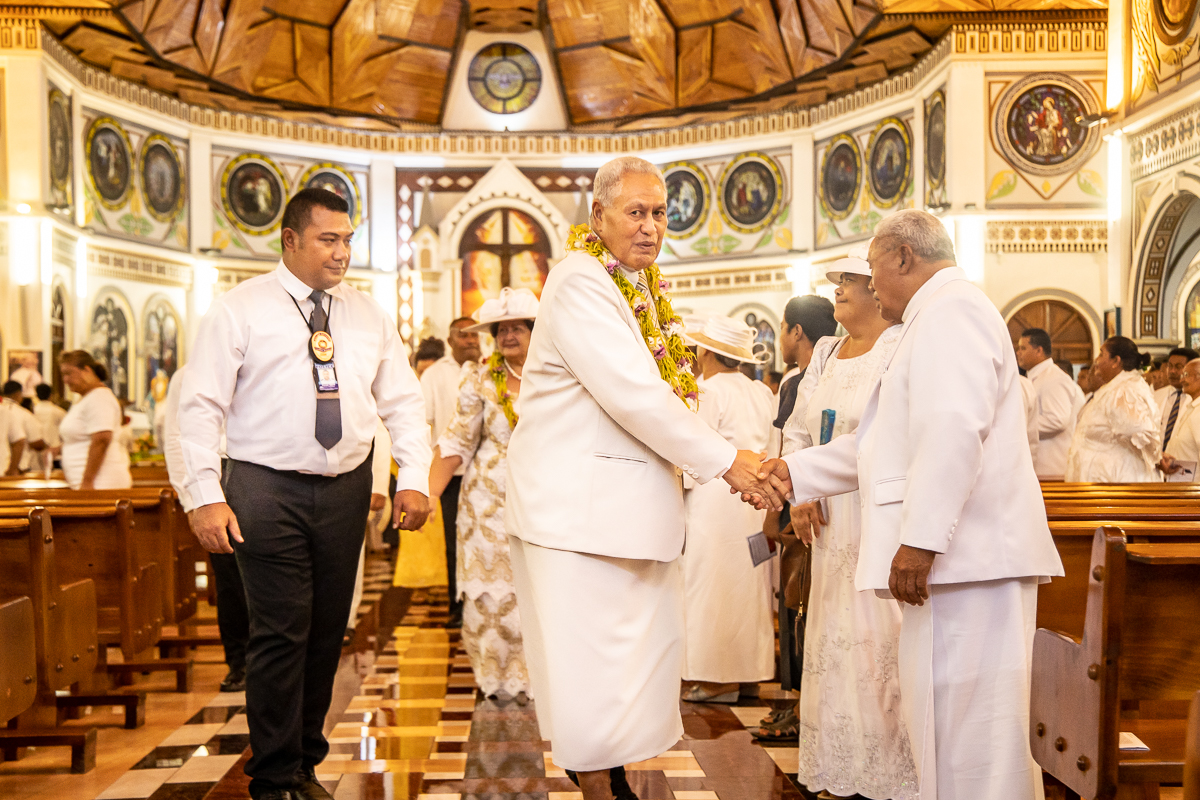 In his sermon during the church service, the President of the Methodist Church in Samoa, Rev. Faulalo Leti Paaga, called on both parties to find harmony and work in unity saying doing so would be a blessing for everyone. 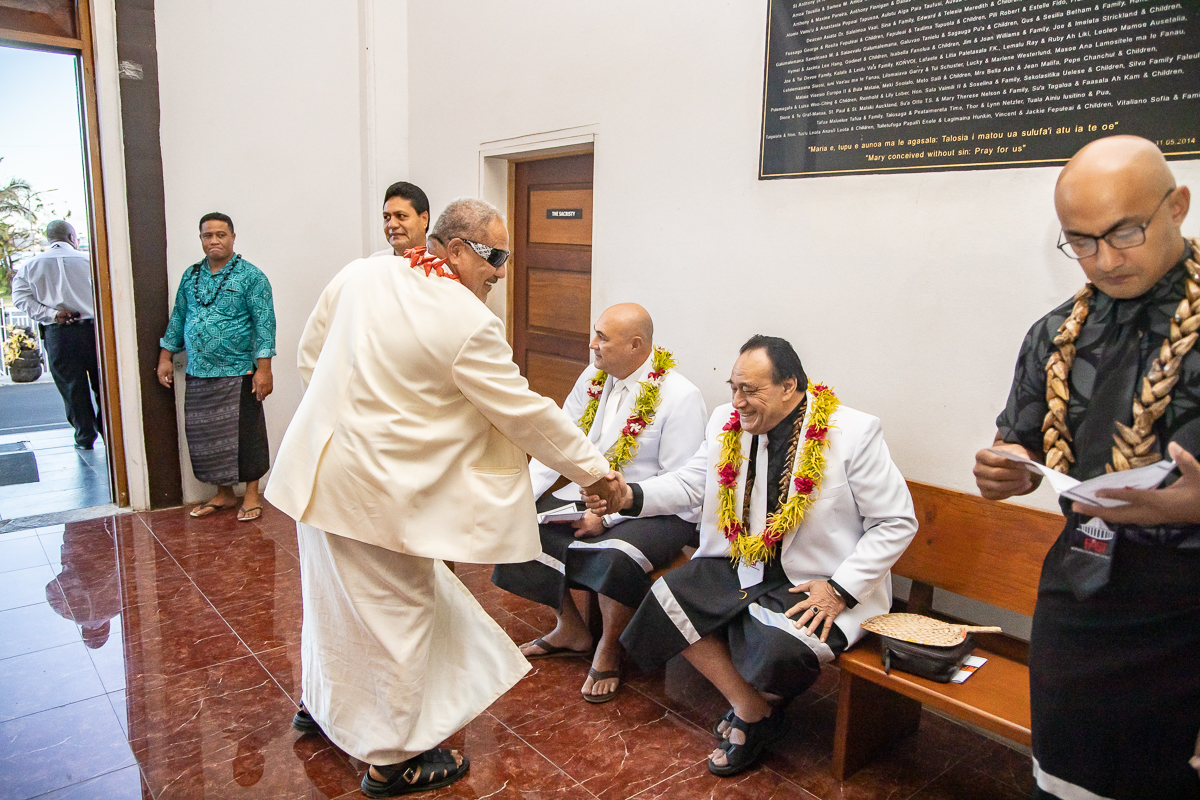 He said that the service was prepared as initiated by the Archbishop of the Catholic Church in Samoa Alapati Lui Mata'eliga as well as the Chairman and the Executives of the N.C.C. 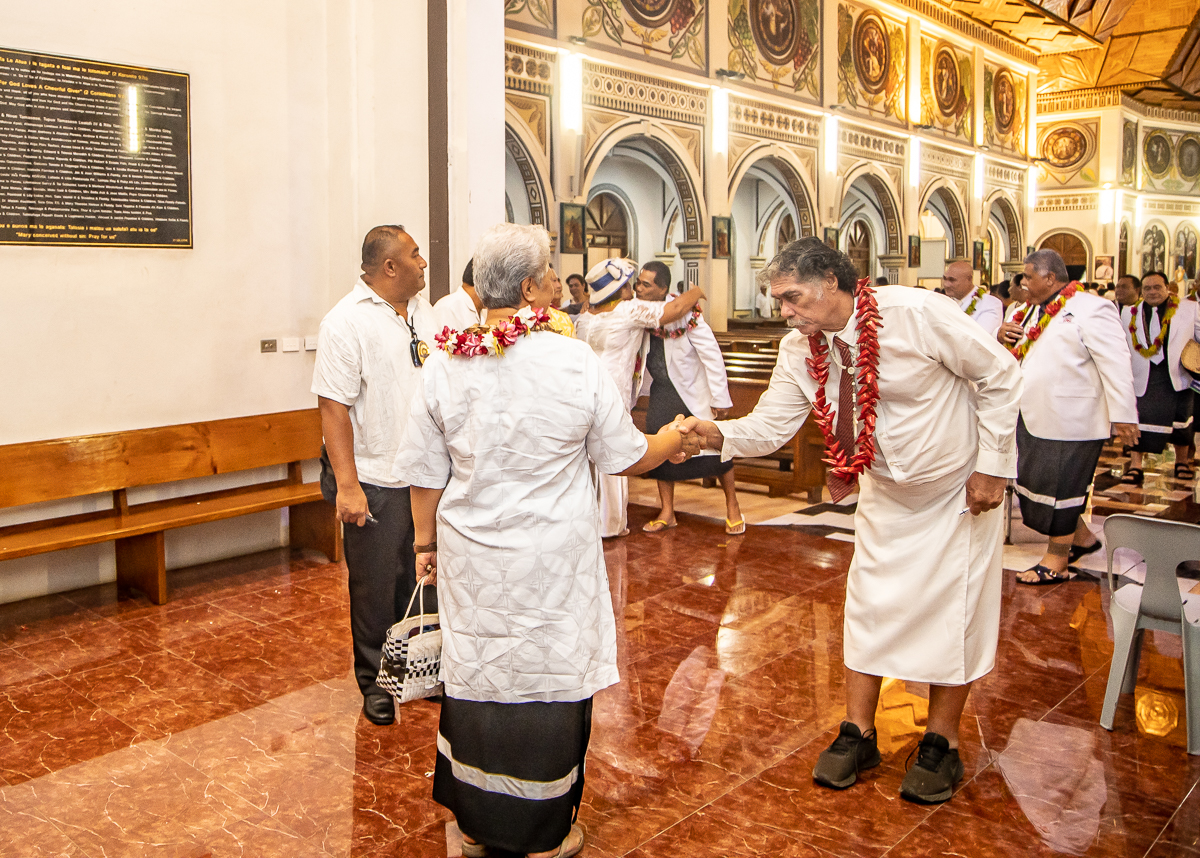 "The reason for all of you coming here is to give thanks to the Lord. To praise and sing to the Lord because the Lord has answered your prayer, your prayer in the church, our prayers every night and day," he said in his sermon.

He had acknowledged the presence of the Government and members of the political parties and various churches and people of the country to praise the Lord for his love. 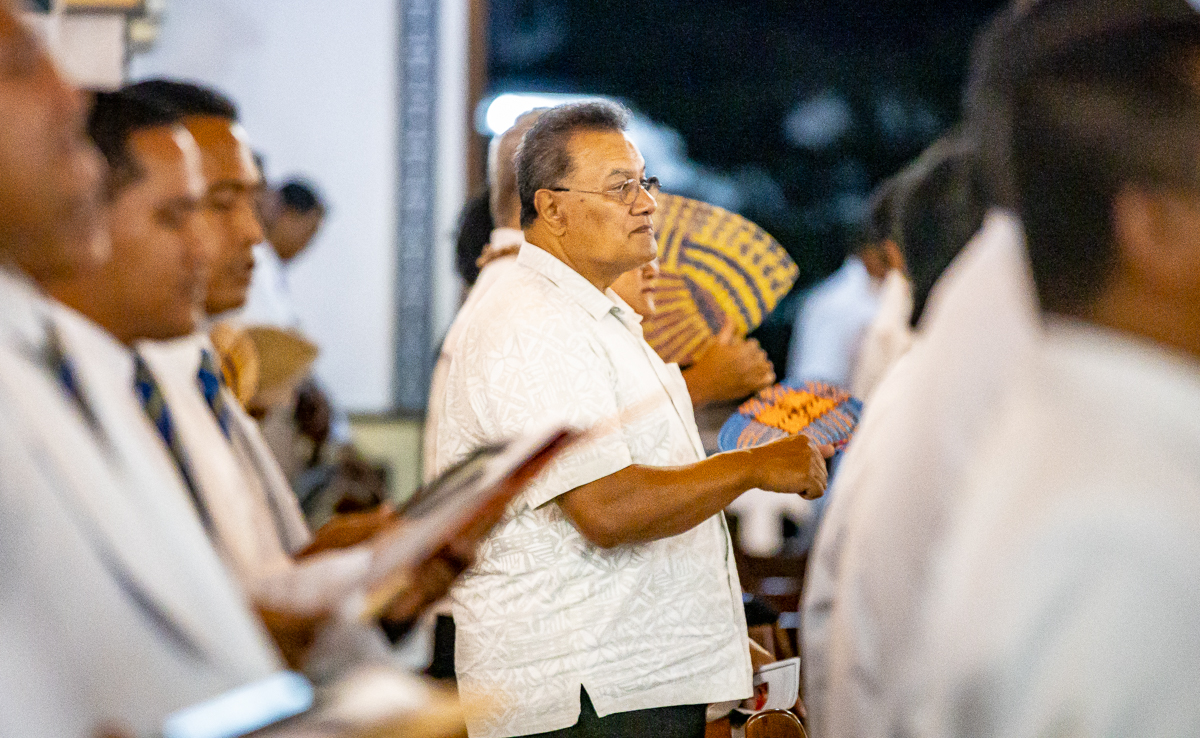 "This is why we praise the Lord and thank His holy name in the greatest things he has prepared for us," he said.

The service was led by the Chairman of the N.C.C in Samoa Deacon Kasiano Leaupepe who had invited all members of the political parties and church leaders earlier last week. 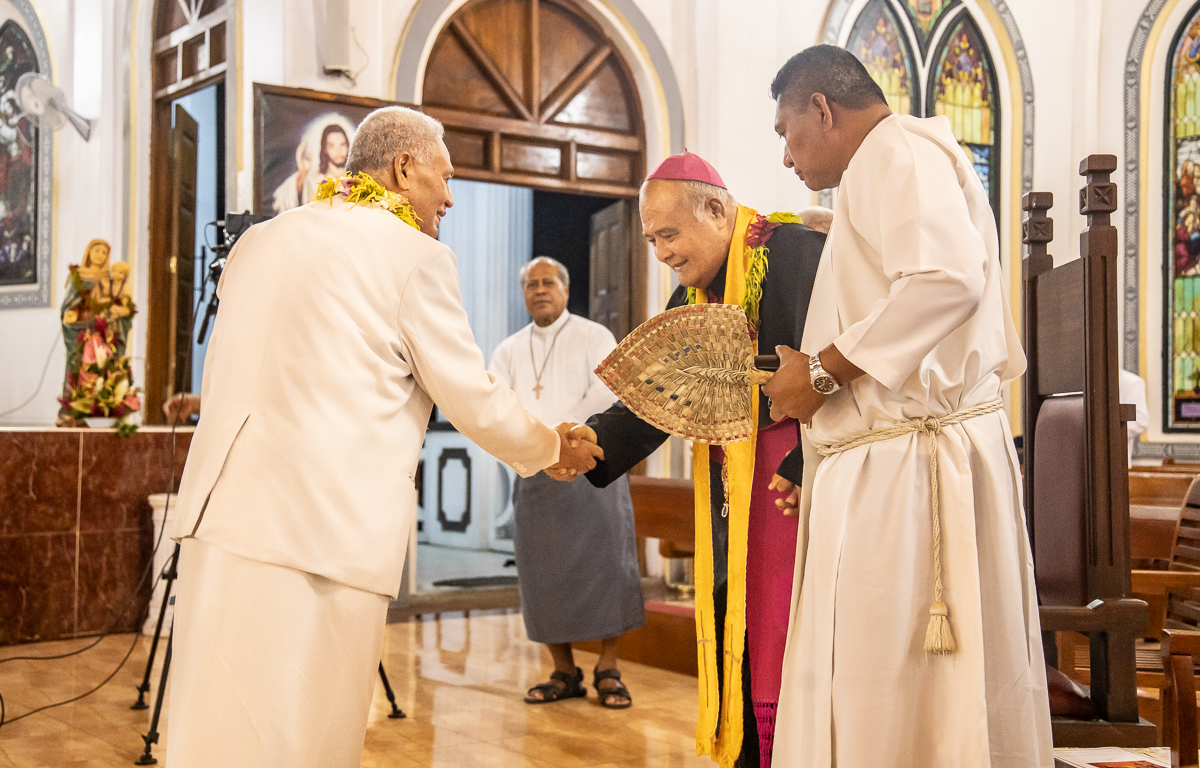 He had made the announcement on Upu Mana TV emphasising the conflicts and disagreements among the people and leaders and had then called on all church leaders from all different denominations to come together and pray for peace and unity.

The sermon touched upon the importance of unity and honesty to creating a happy and successful Government.

The church services held by the N.C.C came nearly two weeks after the Parliamentary precinct was the site of a peaceful protest led by the H.R.P.P. - who were at that stage unsworn members of the Parliament -  and weeks after Archbishop Mata'eliga called on both political parties to reconcile.

The H.R.P.P.'s M.P.s were later sworn-in after a succcessful Supreme Court challenge.

A request filed by lawyers of the Fa'atuatua i le Atua Samoa ua Tasi (F.A.S.T.) on behalf of their Falealupo candidate seeking to review the constituency's roll ahead of the by-elections has attracted critics from the Opposition Leader.

The Fa’atuatua i le Atua Samoa ua Tasi (F.A.S.T.) party has kick-started its by-election campaigns with a roadshow on Saturday at Saleaumua.