The ifoga was part of an official church request for peace (Photo: Junior S. Ami)

Alapati Lui Mataeliga and members of the Archdiocese of Apia arrived in front of the Government building at around 1:50pm on Wednesday hours after Parliament had met. 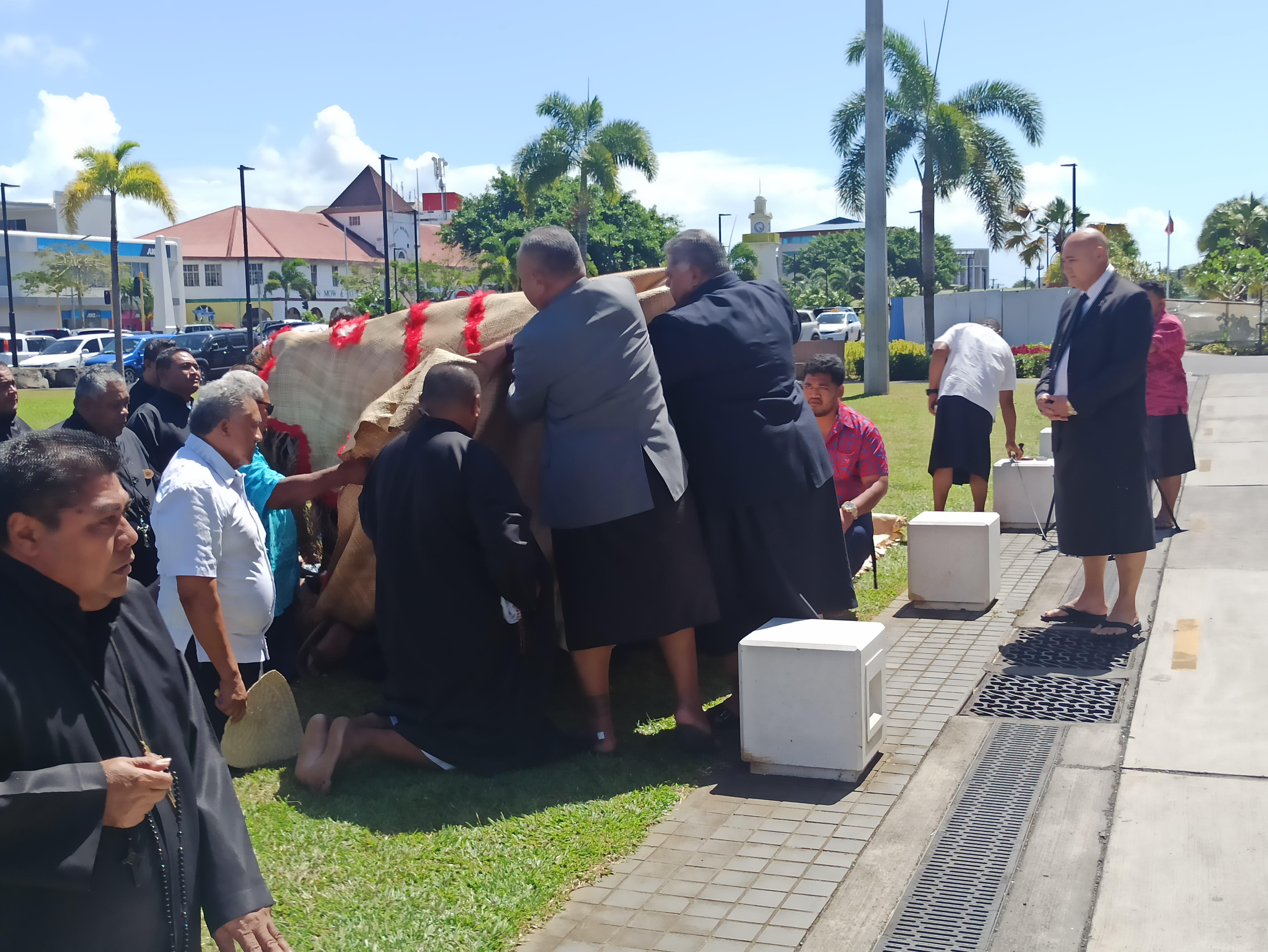 Laauli had then invited the Archbishop and members of the Archdiocese to the Prime Ministers office to await Fiame Naomi Mataafa as she and the speaker are currently at the Head of States residence at Vailele.

He invited the Archbishop into the Government building where they continue their discussions.

By 2:05, the Archbishop, members of parliament and the Archdiocese entered the Prime Ministers office and are currently awaiting Fiame's arrival.