The Head of State has arrived at Parliament against the backdrop of a standoff between Police and unsworn members of the Human Rights Protection Party (H.R.P.P.) which appears just to have come to a head. 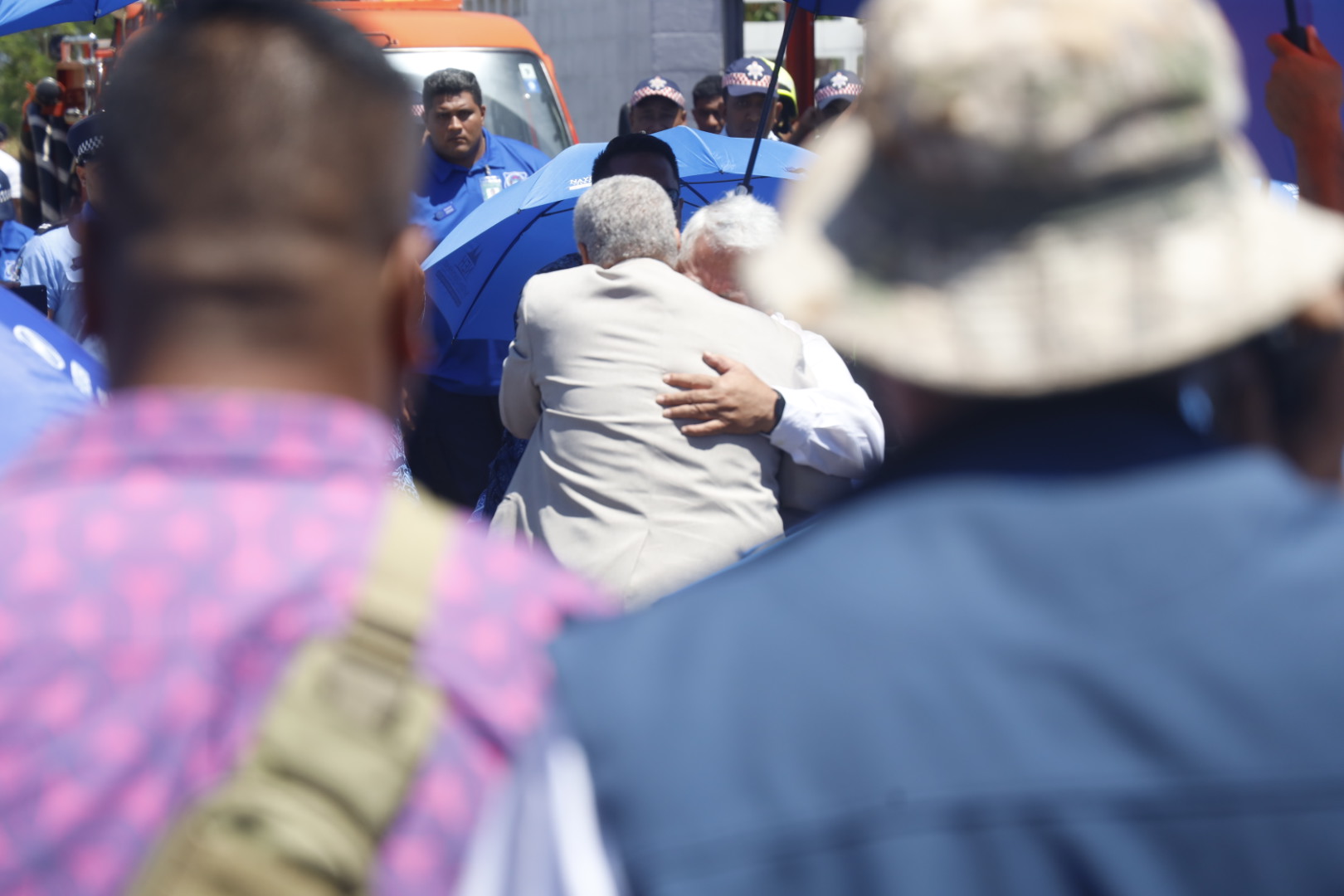 Tuimalealiifano's arrival came after 18 elected but unsworn M.P.s, including Tuilaepa, were protesting their inability to enter Parliament. Police had just issues an order for them to evacuate the premises after an earlier verbal altercation.

Tuimalealiifano is being guarded by Police and was seen heading to the back of parliament chamber while session is still continuing.

Parliament has not taken its normal morning break since it began at 9.30. Members of the H.R.P.P. are still sitting outside the House with umbrella and surrounded by Police.