The Pacific Representative of F.A.O., Xiangjun Yao, presented Prime Minister Fiame with a congratulatory letter from the Director-General of F.A.O., QU Dongyu, during a cordial meeting in the Prime Minister’s office at the FMFM building on Wednesday.

Fiame accepted the congratulatory letter and expressed her gratitude for the work that F.A.O. is undertaking in Samoa, the region and around the world. 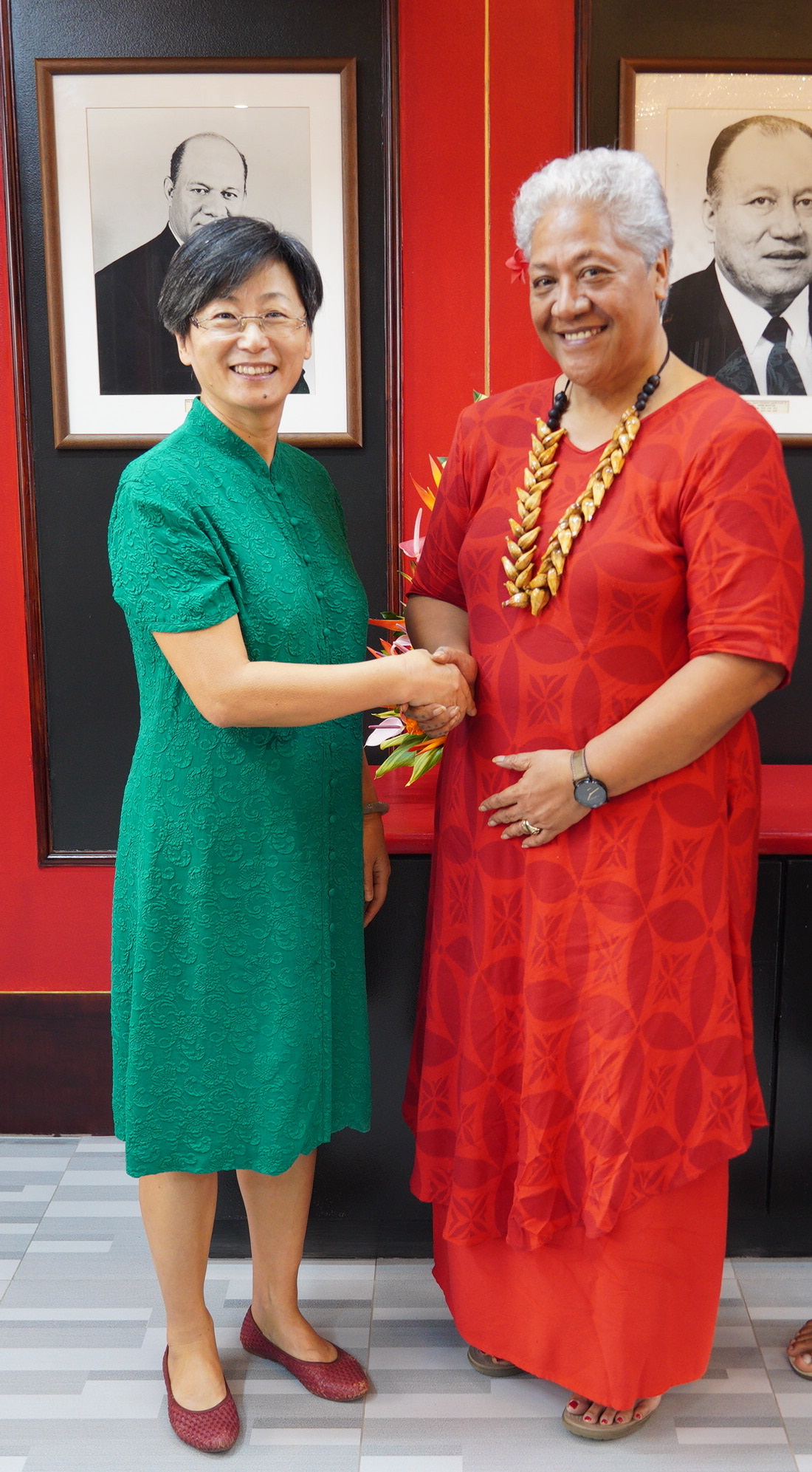 She said her administration is committed to the development of agriculture and is keen for her Government's Ministry of Agriculture and Fisheries and all relevant ministries to continue working with F.A.O. for the benefit of Samoans.

Yao expressed her organisation’s appreciation for Samoa’s hospitality and welcomed the Government’s commitment to strengthen the  technical and programmatic presence of the U.N. agency in Samoa.

She believes that the Samoan Government’s vision to prioritise agricultural development is critical in efforts to improve the lives of communities, especially those in rural areas on the islands of Upolu, Apolima, Manono and Savai’i.

Yao has also previously met with the Minister of Agriculture and Fisheries, Laaulialemalietoa Leuatea Schmidt.

The Pacific Representative also extended to the Prime Minister an invitation to attend and speak as one of the leaders during the [Small Island Developing States] S.I.D.S. Solutions Forum on the 30 and 31 of August 2021, which the Prime Minister has accepted.

The S.I.D.S. Solutions Forum creates a space for government leaders, development partners, farmers, fishers, community development practitioners and leaders, entrepreneurs, women and youth to discuss, share, promote and encourage home-grown and imported solutions to respond to the challenges posed by COVID-19 and others that pre-exist the pandemic.

The ultimate goal is to accelerate the achievement of the agriculture; food and nutrition related Sustainable Development Goals (SDGs) in SIDS.

The F.A.O. is an intergovernmental organisation that works in over 130 countries to help eliminate hunger and poverty. F.A.O. is one of two United Nations technical agencies with Pacific regional offices in Samoa.