The party leaders, executive members and hundreds of supporters of the Human Rights Protection Party (H.R.P.P.) assembled at Lalomalava before they took off for their rally around the big island of Savai'i. 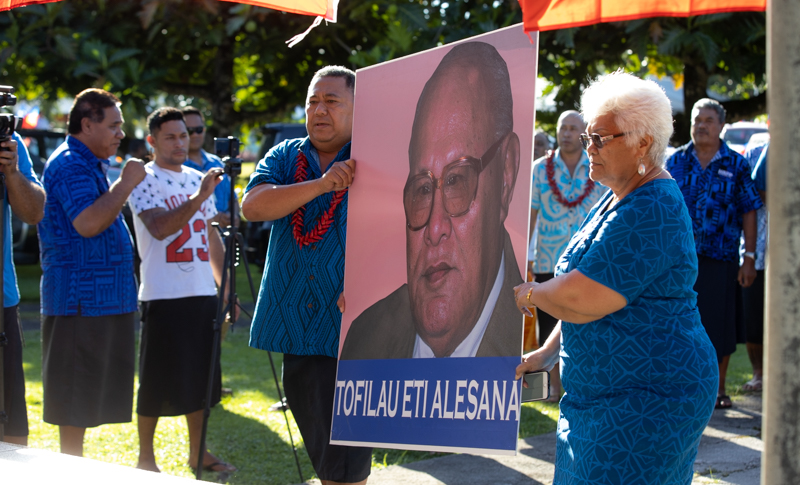 Tofilau was a founding member of the H.R.P.P. party and the country's fifth Prime Minister.

He coined the quote "What's good for Upolu is also good for Savai'i" that has been used by the leaders of the country to push for development on the big island.

Tuilaepa said it was important to acknowledge the work and sacrifices of our leaders who had passed on.

The party had also planned to visit the tomb of another former Prime Minister from Savai'i, the late Va'ai Kolone from Vaisigano No.1 constituency. 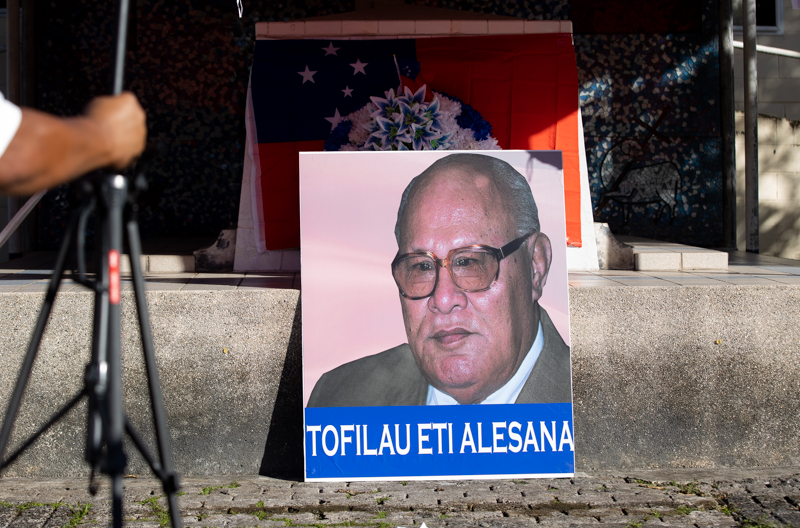 Va'ai and Tofilau were founding members of the H.R.P.P. party, hence the decision behind the party's current leader and executive members to pay tribute to their sacrifices and hard work in nurturing the party that has governed Samoa for close to four decades.

The H.R.P.P. which had 47 constituency seats in the last parliament was defeated in April this year by the Fa’atuatua i le Atua Samoa ua Tasi (FAST) after Samoans headed to the polls to cast their votes.

While in Savai'i, the party gathered at the Savai'ian Hotel and had planned to travel around the island to protest the decision of the Court of Appeal, which was handed down over two weeks ago and ousted them from their "caretaker roles" four months after the election. 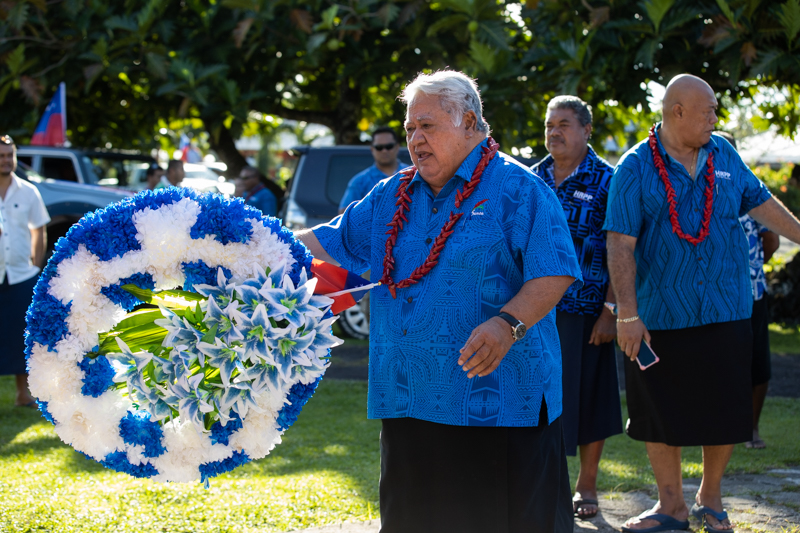 After their vehicle convoy protest and a march in Upolu, the party traveled to Savai'i for their plans to start from Salelologa.

However, disruption by a few villages in Savai'i who disapproved of the protest forced the party to discontinue their plans and return to Upolu.

More than a hundred cars and close to a 200 crowd backed the rally and showed their loyalty to the H.R.P.P. party.