H.R.P.P. vehicles at Savai'ian Hotel in Savai'i on Wednesday parked in preparation for the protest on Thursday. (Photo: Sialai Sarafina Sanerivi )
Politics
Savaii

And while Fa'asaleleaga No. 1met on Wednesday morning, the constituency of Vaisigano No. 1 had met earlier in an urgent meeting on Tuesday evening to discuss their plans to oppose the protests by the former ruling party on the big island.

Close to a hundred H.R.P.P. members arrived in Savai'i on Wednesday afternoon for the planned protest, a few hours after the village of Salelologa that makes up the Fa'asaleleaga No.1. constituency also announced their opposition.

"We have decided to disallow the H.R.P.P. from carrying out their plans in Salelologa," the High Chief of the village and the spokesperson for Fa'asaleleaga No.1. constituency, Taotua Ioane Matamua told the Samoa Observer.

"The main reason for our objection is because we have gone through the processes. We have all been praying to God to show us the way and direct us to the right path for Samoa. 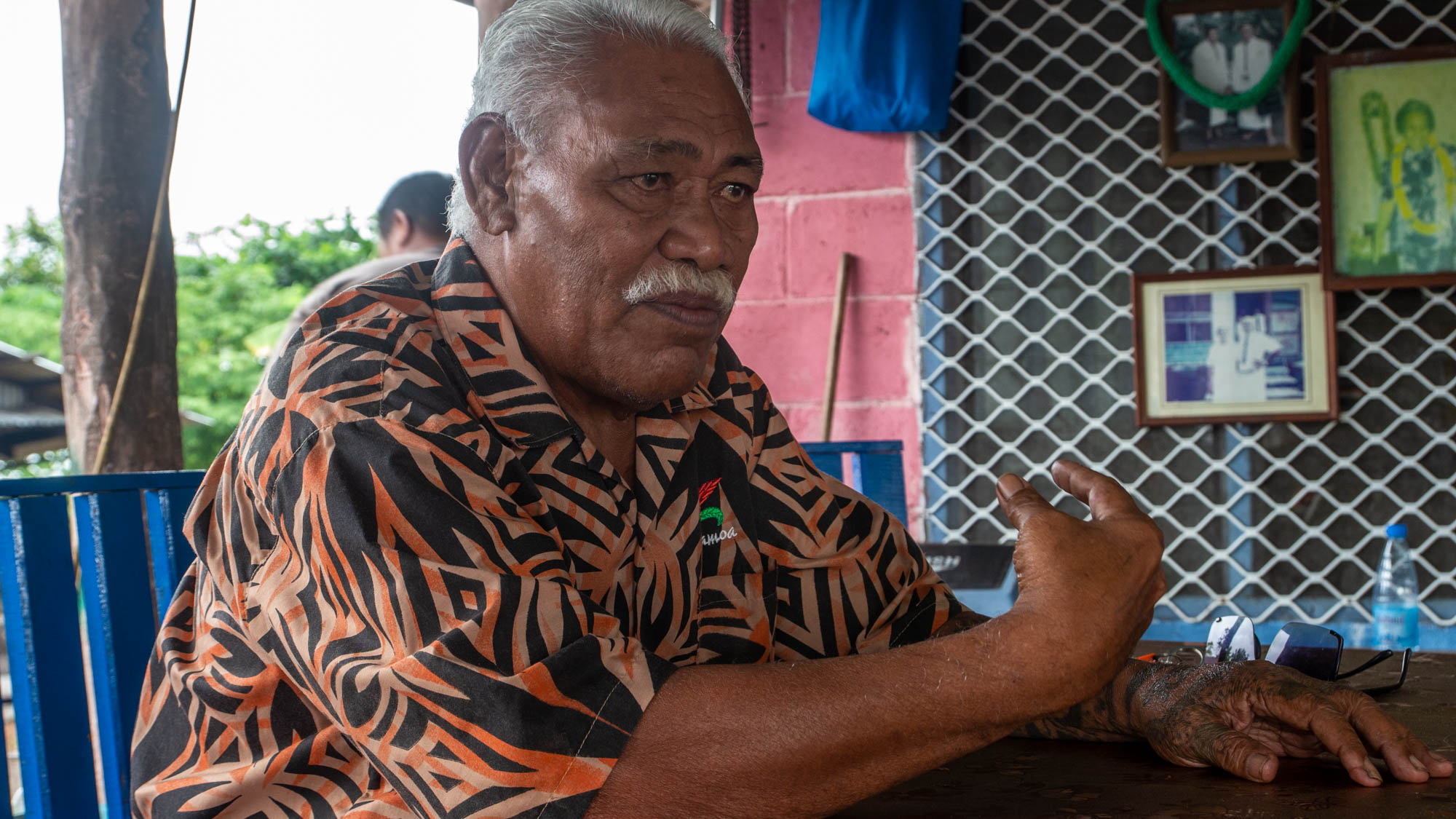 "I truly believe that God has given us the answer to our prayers through our election results. And I have said that so many times before that no man should stand up against the will of God.

"We say that every calling is from God. He chooses the right people to lead at certain times. No man is an island and no man shall rule forever.

"Samoa is founded on God, therefore, whatever we do, we should always make sure to seek God's protection and guidance. I also believe that the faith of a person is reflected in his or her actions.

"It seems to me that the actions of the H.R.P.P. leader and party are their way of defying God's will for Samoa."

Taotua reiterated that the former Prime Minister, Tuilaepa Dr. Sa'ilele Malielegaoi, and his party should refrain from "inciting anger" causing "unnecessary friction" amongst the people.

"We all have different callings from God. I am sure we have a lot of better things to do and other duties to attend to.

"But because of what they're doing, it is making things difficult and we cannot just sit idle while they do as they please. What I am trying to understand is why Tuilaepa insist and is resorting to these kinds of behavior.

"He was a God-chosen leader. He was chosen by God through the electoral system and he has been in the position for so many years.

"Now, clearly God has said that his time is up and that it's time for a change, which is why we have a new government now.

"I cannot understand why he would reject the will of the Lord. It's not a good sign especially coming from someone who has been the leader of the country.

"If anything, they should be uniting our people and move forward.

"That's why we have decided to stop them from using Salelologa as the starting point of their protest. They are not welcome here.

"They should have stayed in Upolu and carry out their protests in Upolu. I don't know why they would want to come to Savai'i."

However, Taotua said that he was urged the untitled men and matai of the village to refrain from resorting to any kind of violence should the H.R.P.P. still decide to start their protest from Salelologa.

"As a matter of fact, we have already met with Police officers and we have sought their help in keeping the peace and to make sure that there won't be any conflict or fights. But let us continue to pray for Samoa.

Initially, the H.R.P.P. party had planned for the protest to start from Salelologa at the Apita o Pisaga Hall. However, Taotua said they will not allow that to happen. 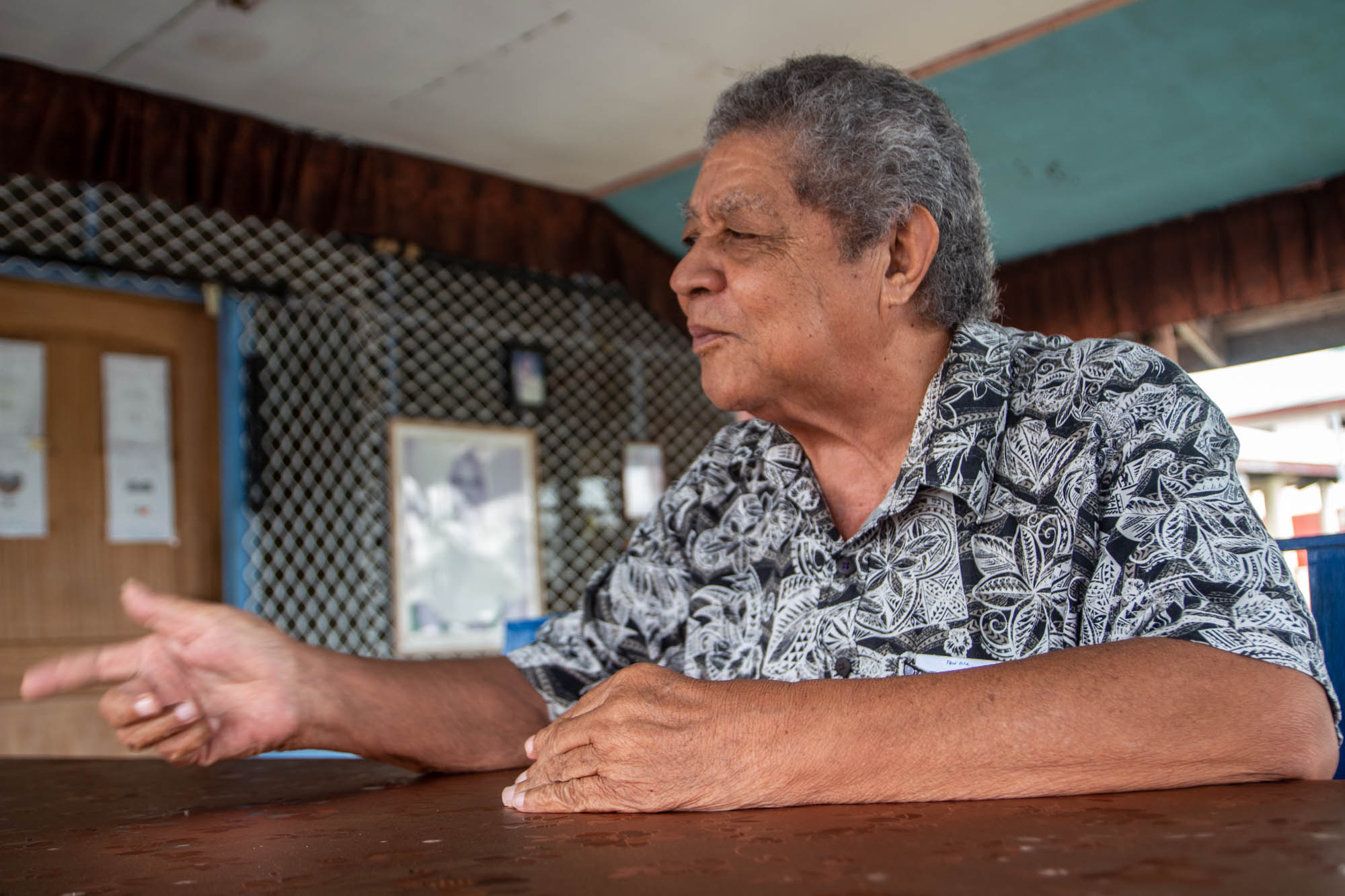 Away from Salelologa, the constituency of Vaisigano No.1. had also planned to ambush the plans by the H.R.P.P. for Thursday.

"We had a meeting on Tuesday and we decided that we (matai and untitled men) would travel to Salelologa and stop the protest," a high chief from Vaisigano No.1. and former M.P., Solia Papu Va'ai said.

"But as soon as we heard about the declaration from Salelologa this morning (Wednesday) we then decided to change our plans.

"There will be no need for us to travel to Salelologa anymore because Tapa'au and Salelologa have got that under control. What we will do is to wait from our constituency, and see they would make it through to our side."

Va'ai believes that Tuilaepa and his party have gone out of line and that a protest in Savai'i was unnecessary.

"I just hope to keep the peace within our nation. We don't have to go through all of this if it weren't for Tuilaepa's stubbornness and defiance.

"It has to stop and we need to unite and come together instead of being divided."

The H.R.P.P. leader and members of the former ruling party are at the Savai'ian Hotel to prepare for the vehicle convoy protest initially scheduled for Thursday morning.

Upon their arrival, they were immediately informed by three matai from the village of Salelologa who told the party about the plans discussed by the village during their meeting in the morning.

The three matai were the same ones who made the trip over to Upolu a week ago to visit the H.R.P.P. camp at Petesa. They were forgiven by the elders of Salelologa during their meeting on Wednesday morning.

However, they went against the will of the village and constituency and told the H.R.P.P. of the decision by the village, encouraging them (H.R.P.P.) to "push through with their plans."

This newspaper tried to get an interview with the party executive on Wednesday morning on whether they would push through with their plans. However, this reporter was asked to leave the compound, saying "they only allow the Newsline media" inside.

It is believed the vehicle convoy protest will be similar to the one that was held in Upolu last Friday and involved close to 200 vehicles which after the round-island trip converged on Mulinu'u.

Tuilaepa says the party's supporters are protesting what they claim is the "disintegration" of Samoa's Constitution, after the Appellate Court ruled last month the H.R.P.P. Government had been illegally occupying office after the 9 April general election.

Tuilaepa continues to falsely claim that the powers of the Head of State, His Highness Tuimaleali’ifano Vaaletoa Sualauvi II – which he has tried to invoke to nullify the April election and declare fresh polling only to be overturned by the Court – were beyond the jurisdiction of both the Supreme Court and Appellate Court.

A couple of weeks ago, several constituencies from the big island of Savai'i raised concerns against an extraordinary move by the H.R.P.P. questioning the capability of Samoa's Chief Justice, Satiu Simativa Perese to carry out his duties.