The father of Samoa’s first female Prime Minister was born on 5 August 1921 and is the son of Mata'afa Faumuina Fiame Mulinuu I, a leader of Samoa's self-determination movement, popularly known as the Mau.

When a formal Cabinet government was introduced in 1959, Mata'afa became the first Prime Minister of the country and was re-elected Prime Minister following the 1961 elections and then re-elected in 1964 and 1967.

Mata'afa was then elected again as Prime Minister after the 1973 elections and served as the nation’s leader until he passed on in 1975.

The wife of Samoa's founding Prime Minister, Laulu Fetauimalemanu Mataafa was well known for her roles in enhancing the status of women, for which she was awarded the Order of Tiafau in 1993.

In 1970, she was appointed the first Pro-Chancellor of the University of the South Pacific (U.S.P) until 1976 and received an Honorary Doctor of Laws degree from the University in 2004. 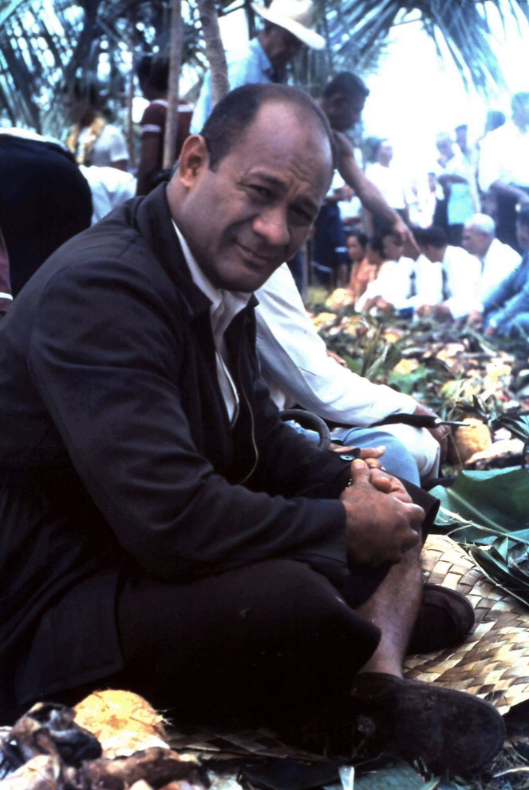 Responding to questions by the Samoa Observer on Wednesday afternoon, Prime Minister Fiame Naomi Mataafa reflected on what would have been her father's 100th birthday.

"Well you know I was reflecting on that, that it would have been his 100th birthday," she told the Samoa Observer.

Fiame also emphasised that it is a significant anniversary.

Mata’afa was known to be a great leader, which was highlighted in a tribute in the Pacific Islands Monthly in July 1975 titled “Mata'afa,   friend to all,who led Samoa 'long and loyally' - A tribute from Peter Plowman in Apia”.

“In later years, during our billiards games together, our weekly card sessions and our terms together in the Legislative  Assembly he became just 'Mat' as he was known to his intimate friends,” Mr. Plowman wrote in the tribute.

"In the early 1950, Mata’afa showed little interest in politics but showed a keen interest in the youth of Samoa and became President of the   Samoan Branch of the Boys’ Brigade.

“This was not just a figurehead appointment. He dressed in the Brigade uniform and was often to be seen marching with the boys at practice and functions."

Mata'afa became the Minister of Agriculture in 1957 during late Eugene Paul’s term as Leader of Government Business.

“For this period Mata’afa’s seat in the House was directly in front of mine and we often exchanged reading matter to while away the monotonous hours of speech translations.

"Although he proved to be a very capable Minister of  Agriculture he seldom spoke in the sessions of the House. He was quietly observing parliamentary procedure and gaining political know-how,” Mr. Plowman wrote.

“In this he became an expert and often later, when debates became heated, a few quiet words of explanation from Mata’afa simplified and settled the matter.

“Before the election of Prime  Minister in 1959, the Samoan members had already decided that their first Prime Minister would be a full Samoan, and Mata’afa was their choice. Eugene Paul and Tualaulelei were defeated. 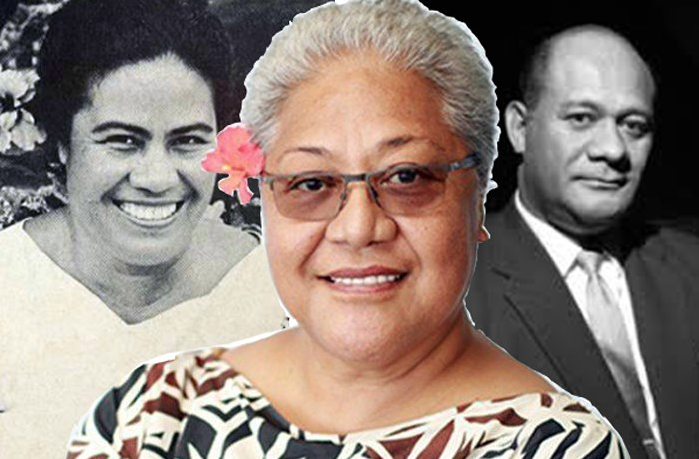 “When the results were announced Mata’afa turned around to me and said ‘Poor   Eugene’. He was most upset and that was Mata’afa. He was more concerned for the defeat of his respected friend than being elated by his own victory.

“Mata’afa’s leadership and dignity quickly established him as a Prime Minister of more than usual standing. And what else could be expected from a descendant of a long line of Samoan warriors and leaders on both sides of his ancestors?"

In the 1960s Queen’s Birthday Honours, Mata'afa was appointed a Commander of the Order of the British Empire.

He passed away on 20 May 1975 when his daughter Naomi was only 18, who was then bestowed with the Fiame title.

Fiame had followed both of her parent’s footsteps shortly after, when she entered politics in 1985 as a Human Rights Protection Party (H.R.P.P) member representing the Lotofaga constituency which was previously held by her mother.

She had become the first female Cabinet Minister in Samoa when she took up the role of Minister of Education Sports and Culture.