Despite the sporadic heavy showers,  people marched in unison singing traditional songs to rally against the Judiciary's decision to install the new Government. 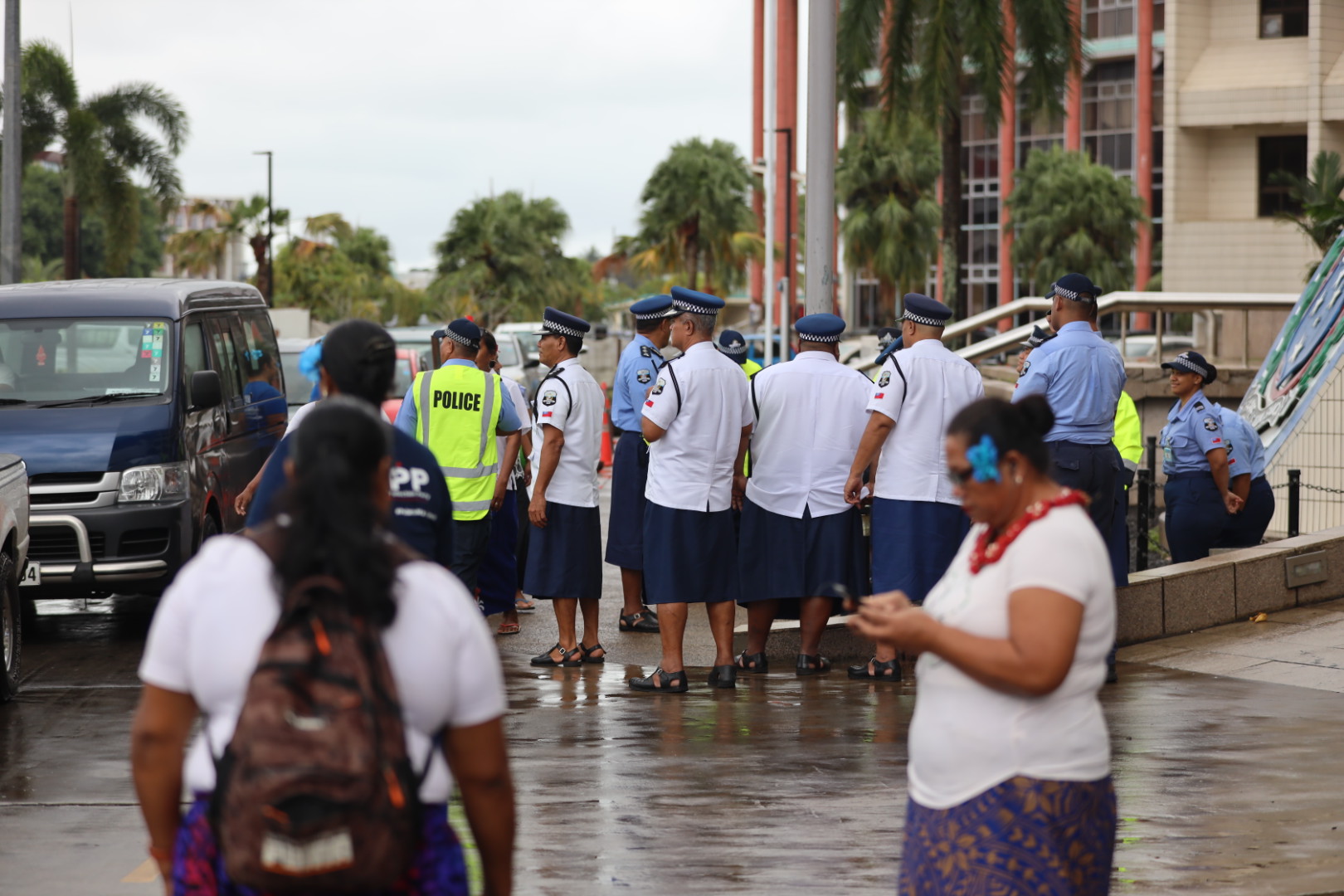 People held up posters with messages calling to "Uphold the Constitution" and "Constitutional Government not Judicial Government" as they waved Samoan flags in the air.

The Former Minister of Health, Faimalo Kika Stowers, took front and centre in the march with other H.R.PP. figures and former M.P.s mixed amongst the crowd.

While announcements said the march will start at 10 a.m., the movement of more than 200 people left the Fiame Mataafa Faumuina Mulinuu II (FMFMII) Building before that time.

Many of the attendees who spoke to the Samoa Observer said they are marching in support of the former Tuilaepa Dr. Sailele Malielegaoi-led Government.

"H.R.P.P have done amazing things for Samoa and we will continue to stand for H.R.P.P.," an elderly man in his 80s from Moataa said.

Buses full of civilians of all ages, from as far as Samatau offloaded in front of the Government building since 8 am. 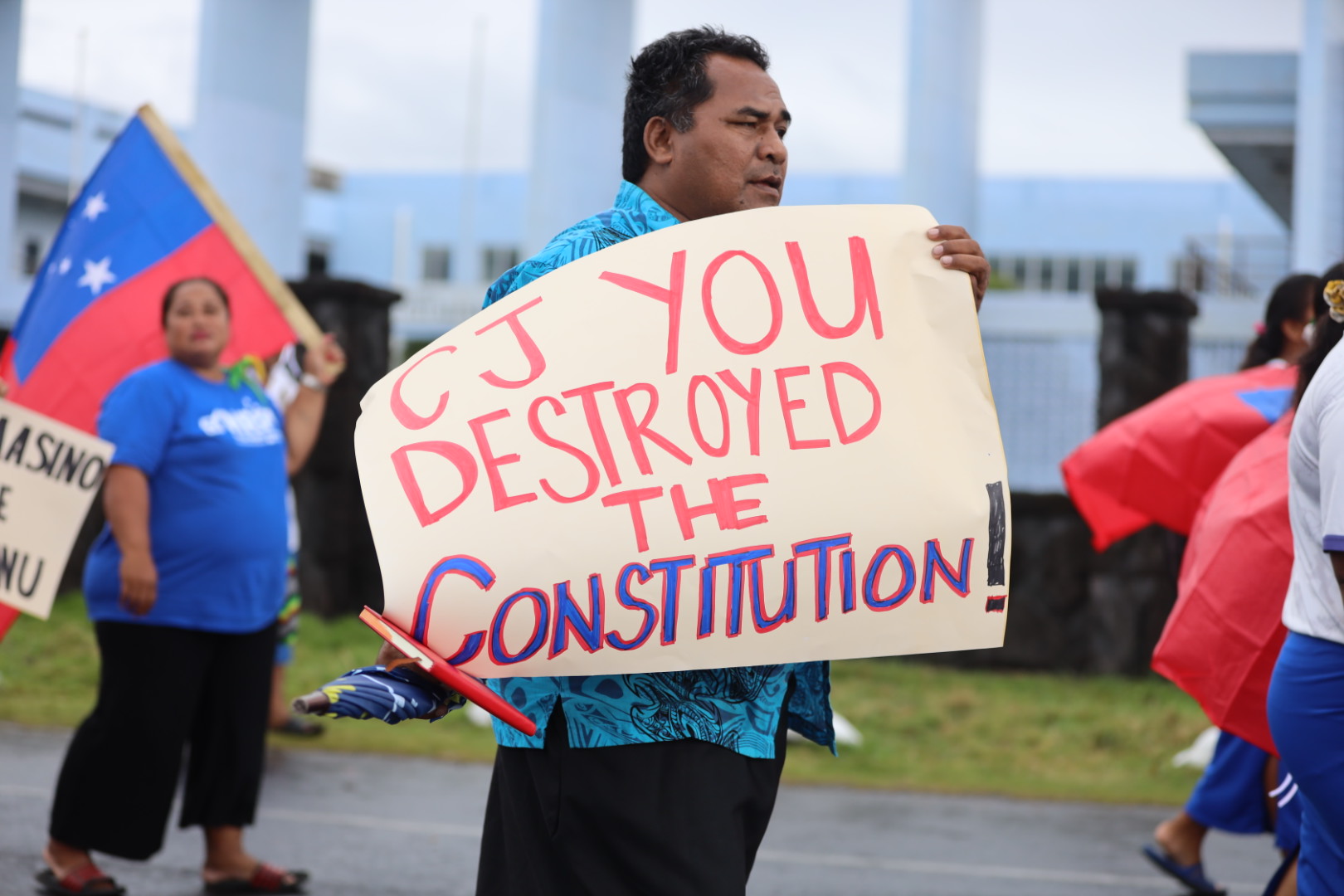 Meanwhile, at the Malae o Tiafau, large tents and hundreds of chairs have been set up to shelter the demonstrators.

The Samoa Observer understands that the Supreme Court had cancelled all matters initally scheduled for Monday as a safety precaution of Judges amid the protest.

Heavy police presence was seen at the ground floor of the building. The Samoa Observer understands it is to ensure that no unwanted disturbances take place for the new government that are now housed in the FMFMII.

The rally on Monday comes after the party's supporters participated in a vehicle convoy protest against the judiciary last Friday.

*This is a developing story