Speaking after the conclusion of the Tokyo Olympics men’s 96 kg weightlifting event on Saturday, Tuaopepe said that weight category was Opeloge’s and looking at the final results, he is confident the Samoan would have been a guaranteed silver medalist and could have even pushed for gold if he competed.

"The 96 kg men's division in Tokyo finished last night and with the current lifts Don was doing all this year, he would have secured a sure silver medal, what a waste of an opportunity," he lamented.

"Very disappointing...taking past results we were in for a sure silver medal. But we could have pushed for a gold on the day.

"The results speak for themselves. We would have given everything to win medals. We would die to win gold for Samoa.

“We carry the flag with pride and honor and would never give up to fight for Samoa.”

In one of the online competitions this year that Opeloge competed in – he was able to lift 176 kg for snatch and 215 kg for clean n jerk – which would have placed him in medal contention in Tokyo. 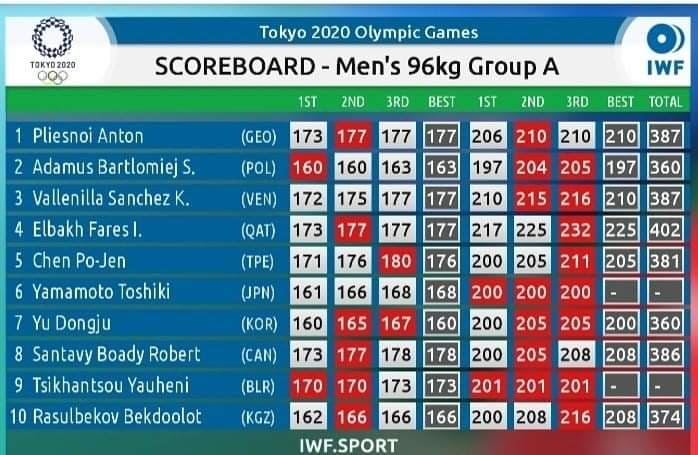 A few weeks out from the start of the Tokyo Olympics, the Samoa Government decided to pull the plug on the participation of the SWA Samoa Weightlifting team in Japan, with the then Minister Afamasaga Rico Tupai blaming Japan's high COVID-19 infection rate for Cabinet’s decision to withdraw the athletes.

A day after the official announcement of the team’s withdrawal, three weightlifters voiced their disappointment and pointed to their eight years of hard work and preparation which now amounted to nothing.

For Opeloge he said it was a disappointment for himself and weightlifting colleagues Iuniarra Sipaia and Vaipava Nevo Ioane, who all had to endure a rigorous training regime in preparation for the Olympics.

However, the weightlifters later said they understood the risks associated with their participation in Tokyo, Japan’s rising COVID-19 infection rate and the need to keep the virus out of Samoa.