Prime Minister Fiame Naomi Mata'afa taken around her Cabinet ministerial offices by the CEO of the Ministry of the Prime Minister and Cabinet, Agafili Shem Leo. (Photo: Vaitogi A. Matafeo)

Prime Minister Fiame Naomi Mataafa led the F.A.S.T. Cabinet visit and will hold its first meeting at the Fiame Mata'afa Faumuina Mulinuu at 10am Tuesday. 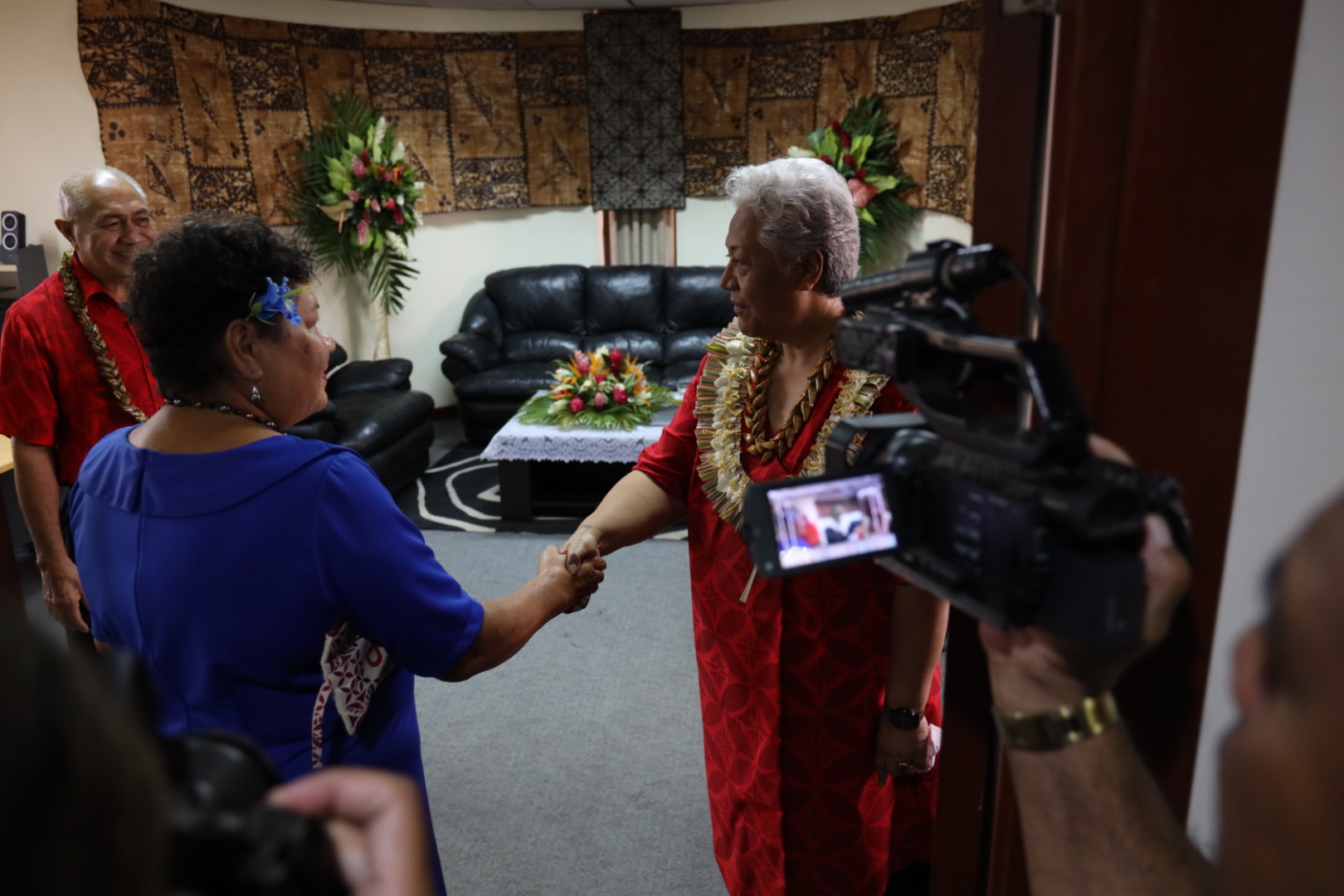 The Chief Executive Officer for the Ministry of the Prime Minister and Cabinet, Agafili Shem Leo greeted the new administration alongside with other top Government officials.

Some eight Cabinet Ministers work out of the FMFM building with two other Ministers in other Government buildings in Apia.

Fiame said finally they have arrived to begin their work as Samoa’s new Government following the April election.

The Government delegation arrived at 9am and will officially start work ahead of the parliament meeting later this week.

On Monday afternoon, the country's longest serving and former Prime Minister Tuilaepa Dr. Sa'ilele Malielegaoi, marked his exit from the Office he has held for the last 23 years with a farewell press conference at his party headquarters.

• This is a developing story...more to come.

Autū Andy Ripley is the new Chief Executive Officer of the Football Federation Samoa and he has plans to initiate profound changes within the federation and the code in Samoa.