A Government Member of Parliament, Toeolesulusulu Cedric Schuster, has been ordered by a court to undergo Probation Office screening  after his arrest for drink driving.

District Court Judge, Alalatoa Rosella Papali'i, said that Toeolesulusulu, whose matter has come before the court three times should already have undergone the screening process criticising what she said was an apparent inconsistency in approach.

Justice Alalatoa said upon sighting Toeolesulusulu's file, she noticed an inconsistency in the approach taken towards processing  the defendant's case and stressed that "everyone is equal before the law"

A screening test is a process whereby a person found guilty of drunk driving must be assessed by a Probation Officer to determine whether they must undergo counselling for alcohol abuse, a rehabilitation programme or some other kind of diversionary procedure.

Toeolesulusulu's three charges of driving under the influence, careless driving and reckless driving stem from an incident in June this year when he was allegedly caught driving over the legal limit for consumption of alcohol while driving following Independence Day celebrations and the one year anniversary of the Faatuatua ile Atua Samoa ua Tasi (F.A.S.T.) party’s foundation.

Justice Alalatoa said upon sighting Toeolesulusulu's file, she noticed an inconsistency in the approach taken towards processing  the defendant's case and stressed that "everyone is equal before the law"

The judge added that she was concerned about the way in which Toeolesulusulu's matter has been "expedited" as well as the reasons cited by the  defendant's request for urgent sentencing of the matter.

"This matter relates to driving under the influence and there are other accompanying charges; what should have happened, here as is the practice [...] for the defendant given the guilty plea, he should have been referred for screening," she said.

"There's one thing that we need to remember is the consistency of approach, there is no different approach for any particular defendant who appears in this court, after all, everyone is equal before the law.

"So there has to be consistency, as opposed to a different approach for a particular accused who appears before any court. So in that regard what I will do today is what should have been done once the guilty plea was entered last week.

"I'm going to order [Toeolesulusulu] that he undergoes his screening test. It should have been done." 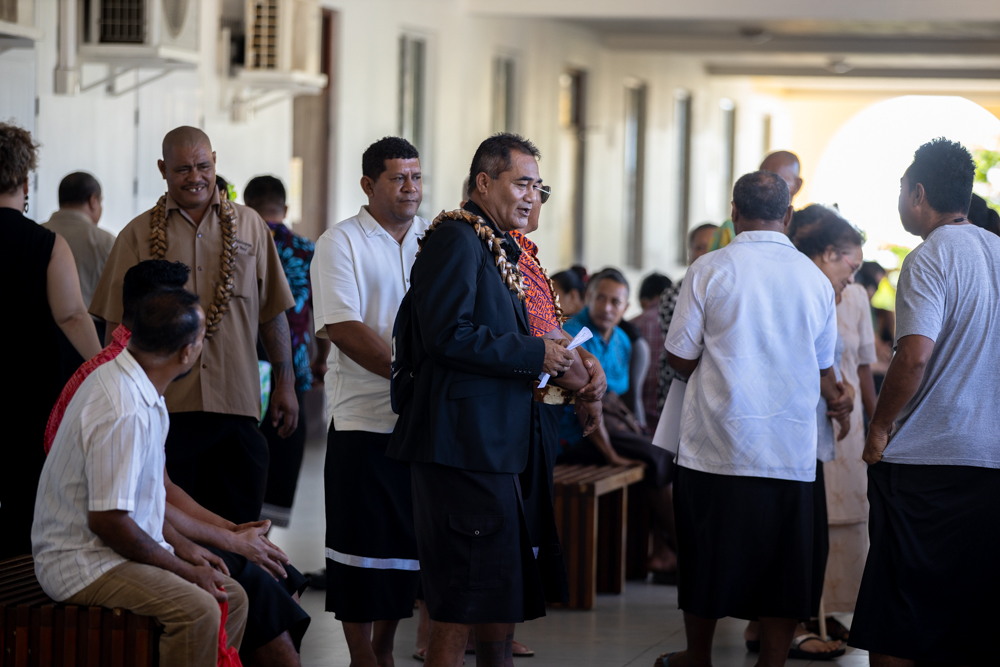 The matter was adjourned to be called the following day - on Tuesday - when the case’s Probation Officer will present a report determining whether Toeolesulusulu must undergo an alcohol rehabilitation programme,

Toeolesulusulu through his Counsel, Muriel Lui, filed an application for a discharge without conviction last Thursday.

Representing the prosecution, Iliganoa Atoa, sought an adjournment to file a response to the defendant’s application.

Judge Alalatoa told the court that she will be presiding judge in the matter as all other judges have declared a conflict of interest.

A mugshot of the then Member-elect taken at the Police station on the night he was brought into custody was leaked from Police headquarters and circulated on social media the next morning.

The female officer who allegedly leaked the confidential mugshot was suspended and later sacked after an internal Police investigation led to disciplinary action.

The Police Commissioner, Fuiavailiili Egon Keilm at the time said politically partisan behaviour from members of the force would not be tolerated.

The traffic offence led to Toeolesulusulu resigning from his ministerial portfolio – shortly after being appointed Minister for Natural Resources and Environment at the 24 May 2021 swearing-in ceremony.

In a letter to the F.A.S.T. party leader, Fiame Naomi Mata’afa, the M.P. said he will resign from the Cabinet but will continue to support the party and remain in the Parliament. He also noted and took responsibility for the fact that the incident has damaged the party’s standing on the floor of Parliament.

In addition to environmental portfolio Toeolesulusulu was also assigned to look after the Samoa Tourism Authority, and the nation’s peak regulatory body for building: the Planning and Urban Management Agency.