Family hopes for buyers to continue their small business (Photo: Vaitogi A. Matafeo)

A family from Fusi, Safotulafai on the big island of Savaii have returned in a big way with the revival of making and selling charcoal, almost ten years after their small business was affected by Cyclone Evan.

The family of Aupule Ioane Andersen produced charcoal from coconut shells (malala) as a source of income, selling them from their own stall at Faatoia. The arrival of Cyclone Evan in 2012 destroyed everything and stopped their family enterprise.

Almost ten years later, on Tuesday, 8 June, approximately 300 bags of their homemade charcoal were delivered to different businesses in Apia and were offered for sale at the market. 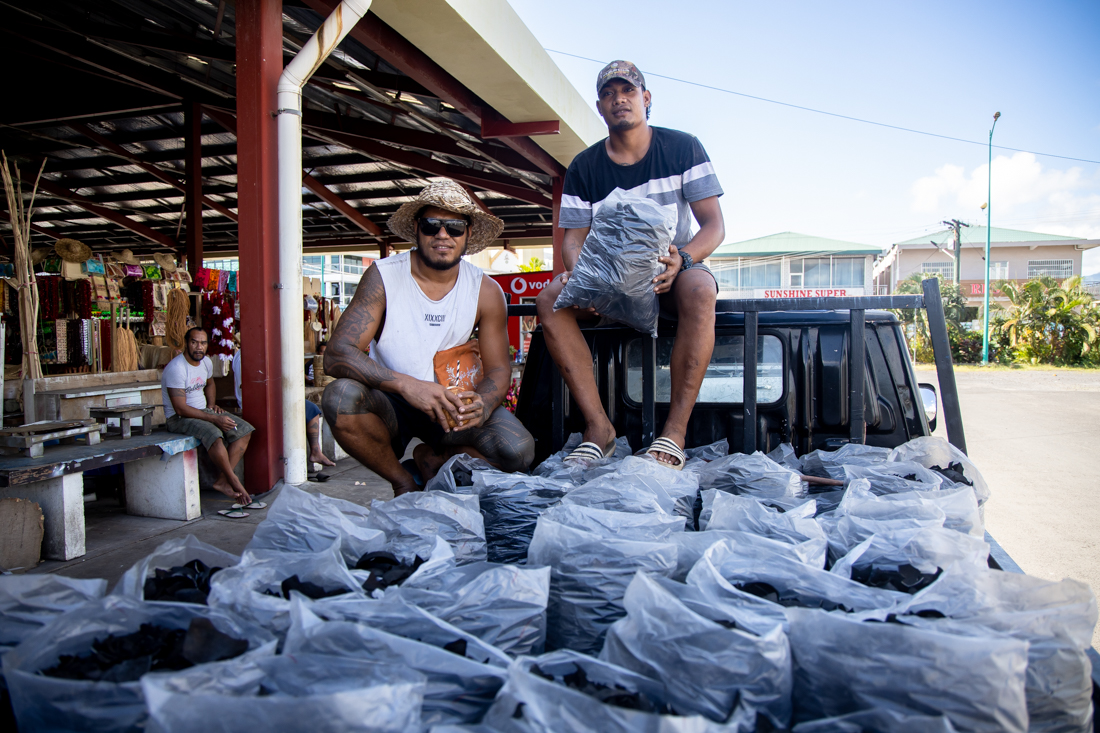 In an interview with Mafutaga Jimmy Andersen, he told the Samoa Observer that charcoals is a popular product and is much-needed in Apia or the town area.

“We have our coconut business in Savaii, we (kao) bake the coconut flesh using ovens (ogaumu kaopopo) but we would have to get rid of the shells and it became a big problem. There were too many shells on our land," said Mafutaga.

"Before cyclone Evan struck, we always produced charcoal and sold them at our flea market at Faatoia. It was one of the most needed products as the majority of the food industry buys them to cook their food, because of high heating capacity. Many church youths used to buy our charcoals and use it when they have barbecues, because they said the barbecue smells good with charcoal. 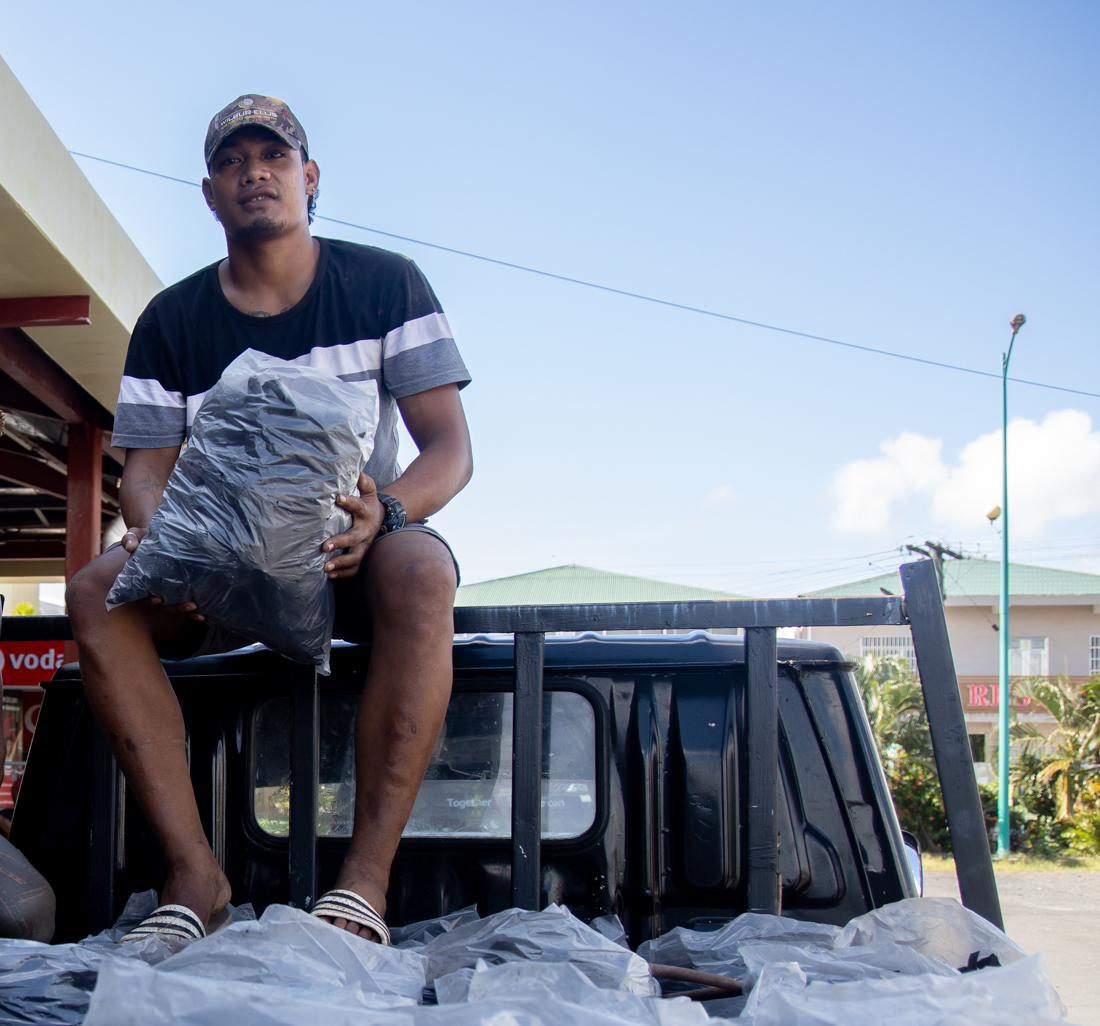 “But when cyclone Evan destroyed our flea market, our charcoal business was not the same. We ended up selling them in Savaii and stopped bringing them here to Upolu. But because I remember, the experience from before that it was a much needed product, that’s why I wanted to continue and get extra money for my family.”

Mafutaga said that supply was steady now and he knew that he could sell more if he brought the bags of charcoal back to Apia, where there was a greater need. 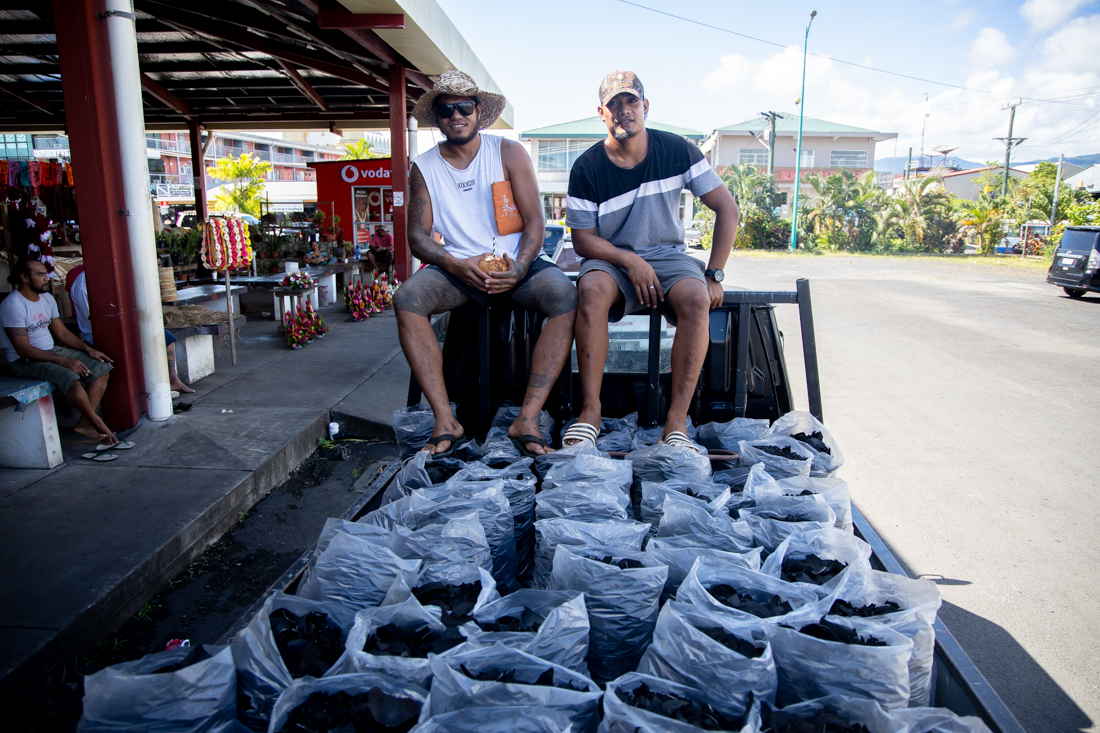 “This is our first load of charcoal since we had to close up, and we're bringing 300 bags to sell at $6 cost per bag. I hope to get more business partners and food producers to sell to, and hope for some of my old friends who used to come to me and buy their charcoal to help get me moving again and give me hope so that I can keep coming here to sell them.”