Samoa and the Asian Development Bank have signed an USD$8 million grant agreement that will assist with funding the delivery of COVID-19 vaccines.

The grant agreement was signed on Monday, 31 May, 2021, according to a statement published on Twitter by the A.D.B. Pacific, the bank’s operations in the Pacific that began in 1969.

“A.D.B. and Samoa signed the $8 million grant agreement to help fund the delivery of COVID-19 vaccines in Samoa was signed on 31 May,” reads the tweet.

“The financing will be used in Samoa by the Systems Strengthening for Effective Coverage of New Vaccines in the Pacific Project.”

The project, as explained by the A.D.B. Pacific, is delivering vaccines and health systems in the Pacific to Tonga, Tuvalu, Vanuatu and Samoa.

“The proposed Systems Strengthening for Effective Coverage of New Vaccines in the Pacific Project will form part of the regional response to reduce the number of cervical cancer cases and other infectious diseases in children and women,” states the A.D.B. web site. 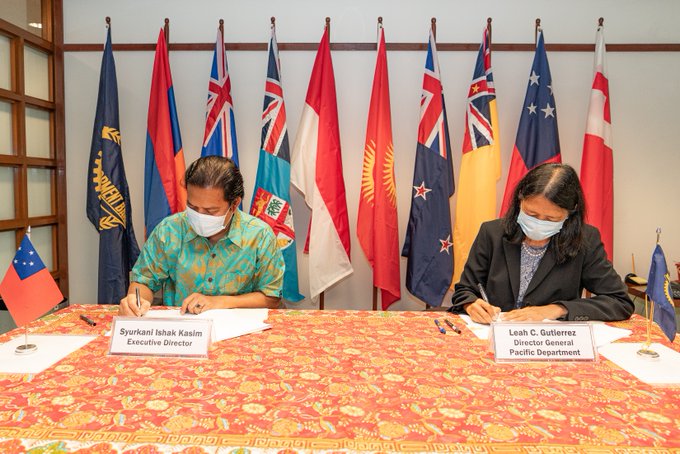 The project proposes to use the introduction of new vaccines and early detection through communicable disease platforms to drive necessary improvements in the public health system in selected Pacific countries in line with the Asia Pacific Strategy for Emerging Diseases and Public Health Emergency.

Human papillomavirus (H.P.V.) causes almost all cervical cancers through communicable disease transmission. Cervical cancer is a major cause of premature death in the Pacific causing nearly 500 deaths in 2010 and is therefore a leading cause of death among women in 2010 across the Pacific region, the A.D.B. says.

The project is expected to impact women and children.

The executing agency for Samoa is the Ministry of Finance.