More than 300 women dressed in white participated in a peaceful march on Monday morning at Mulinuu to show their support for the addition of a sixth woman to Parliament.

The crowd marched to show its support for an additional sixth woman, Aliimalemanu Alofa Tuuau, arguing that a constitutional provision requiring at least 10 per cent of M.P.s be women had not been met. The question of whether adding Aliimalemanu would remedy the shortfall of women has already unanimously been decided against by the Supreme Court but will this week be decided upon by the Court of Appeal.

The addition of another M.P., Aliimalemanu, would change the current balance of power in Parliament significantly and bring the nation back into an ungovernable 26-all political deadlock. 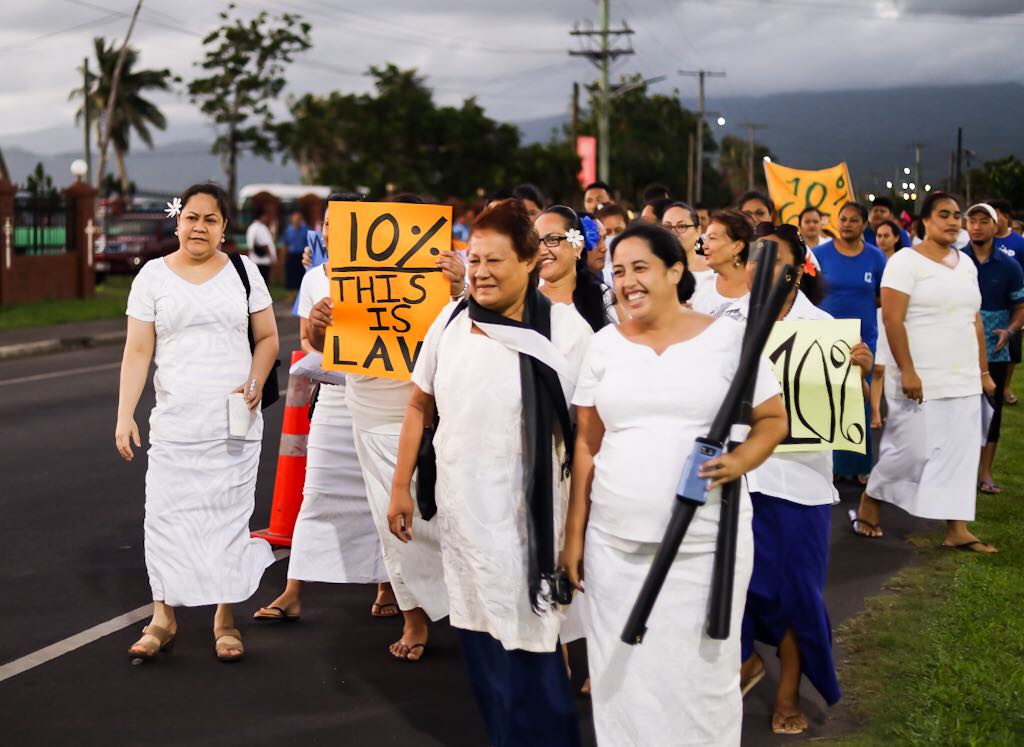 The march led to the road being blocked off by Police officers early this morning. By 8.30am crowd numbers had swelled after more than  1000 supporters of the H.R.P.P. gathered at Mulinuu.

At issue in the case is whether 10 per cent of elected M.P.s in a 51-member Parliament can be, as the Supreme Court decided, 5, or, as the H.R.P.P. is arguing can only be fulfilled with the appointment of a sixth M.P.; their argument is that 5 M.P.s only sum to 9.8 per cent of the Parliament, therefore falling short of the threshhold.

The peaceful march also included men dressed in blue. Some of the crowd consisted of women, children and youths from various villages around Upolu but it also included some of the public servants. 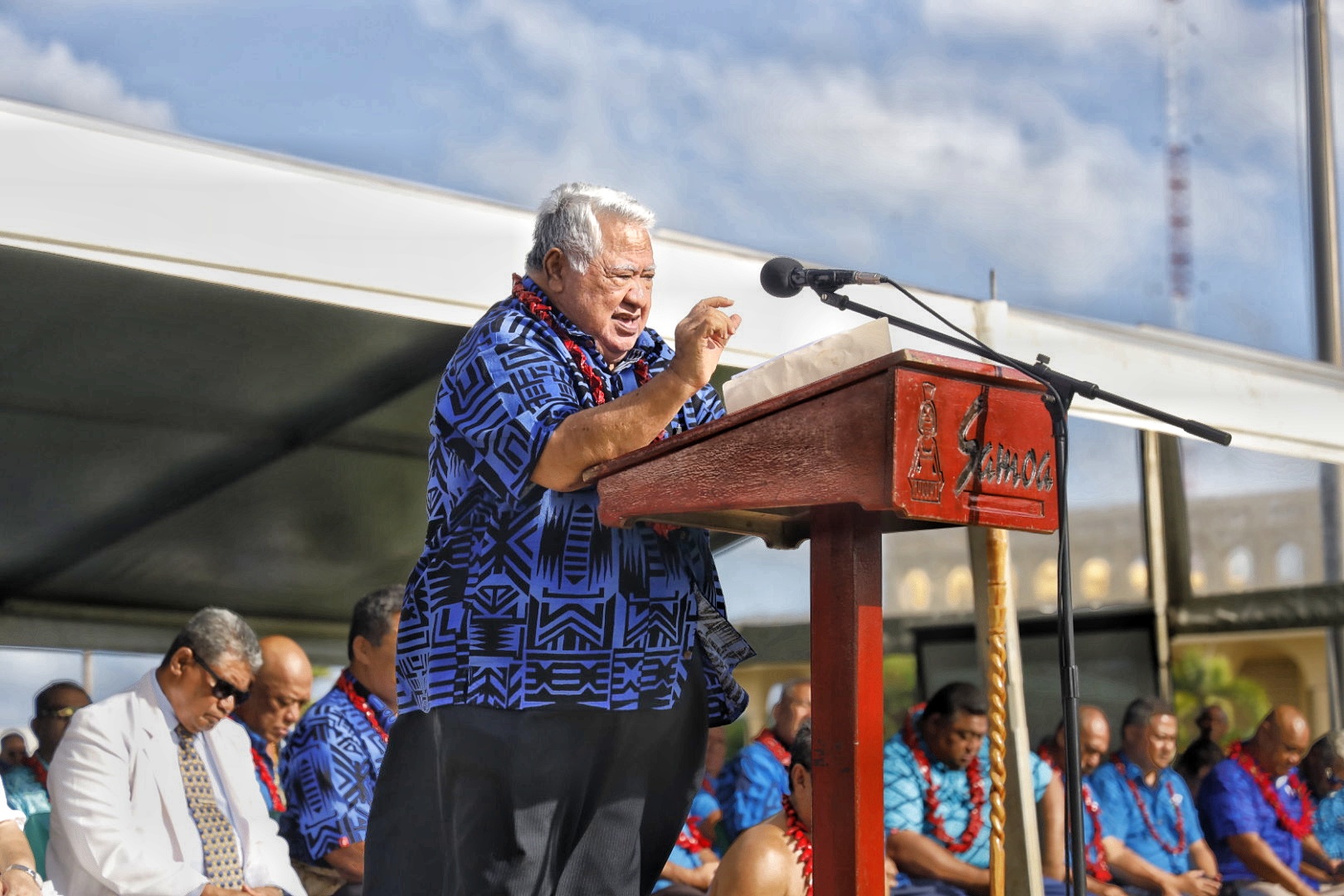 Busses were seen bringing in the crowds from different villages.

The women smiled and danced near the roadside while holding onto their posters. Some of the posters stated "Justice for women" and "women's empowerment" among other slogans.

More than 20 Police officers were on duty keeping the peace.

The H.R.P.P. set up tents at the Malae o Tiafau in front of Samoa's Parliament House.

An announcement was made by the caretaker Communications Minister Afamasaga Rico Tupai that a petition was being passed around for women to sign to present to the court for an additional sixth women M.P.

As of 7am the crowd of women, children, youths, and men have been gathered for more than an hour.

The supporters are from Upolu and Savaii. An announcement was made on the H.R.P.P. official Facebook page inviting all H.R.P.P. supporters to Malae o Tiafau stating that it's not a protest but a meeting.

It added that the programme will include a prayer service followed by a keynote address by Tuilaepa. It is unclear what the Caretaker PM will be speaking about.

Tuilaepa said that the gathering was an opportunity to discuss the current political situation within the nation.

"As the leader of the H.R.P.P., I wish to elaborate on constitutional issues impacting our country today," he said.

"To report the political challenges facing our Government and country today and to seek your wise counsel through our traditional talanoa process, this is to invoke our traditional and Christian ways to find a solution.

"We won the popular votes 56 percent of the votes cast but with H.R.P.P. with too many candidates split the votes."

He said that there is a political crisis and has led to worries from our development partners and overseas countries.

"After the general election, the Electoral Commission announced that both H.R.P.P. and F.A.S.T. have 26 MPs," he said.

"This is the reason behind us standing for so long and being exposed in the hot sun," he said.

Tuilaepa said this was a trivial matter but it is a matter that is being handled in court this morning.

"But the words that have been thrown our way include: "'H.R.P.P. must leave. We tried to have a meeting with the opposition in coming to a peaceful agreement," he said.

"But there is no solution to be achieved culturally or religiously.

"Let us wait for the court case as they carry out their processes, may God help those who will be carrying it out especially the judges and the Chief Justice."