Members of the media who had gathered at Samoa's Supreme Court precinct Sunday morning to cover an urgent 'meeting in chambers' between the Chief Justice and Fa’atuatua i le Atua Samoa ua Tasi (FAST) were asked to leave the court premises.

The police officers at the court precinct told the journalists that the area is in “lockdown” and advised they were given orders by their superiors to close off the area.

“We have been given orders from our main office this area is now on lockdown and everyone including you [three] have to leave,” said one Police Officer. 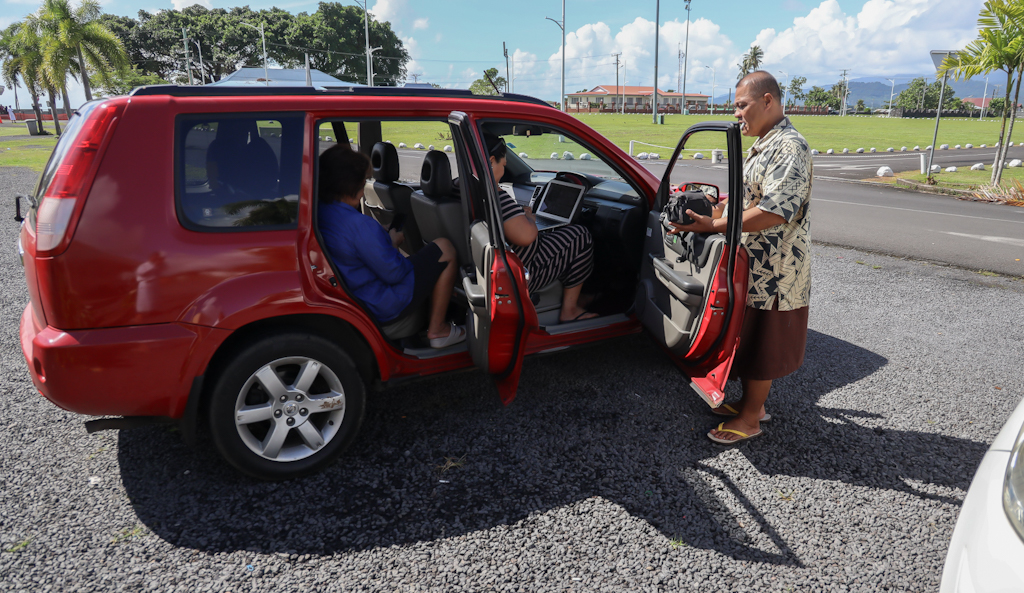 The media are in the are to await the outcome of the “meeting in Chambers” called by the Chief Justice, His Honour Satiu Simativa Perese to consider a motion filed by Faatuatua i le Atua Samoa ua Tasi (F.A.S.T) party to overturn an order from the Head of State to suspend Parliament's scheduled swearing-in on Monday, made via a late-night order issued on Saturday.

In a statement issued Saturday night, His Highness Tuimalealiifano Vaaletoa Sualauvi II, announced that he was suspending Parliament "pursuant to his constitutional authority".

The reporters refused to accept the orders of the Police Officer and explained the role of the media in covering a national crisis.

Autagavaia was heard asking the three Police Officers as to what authority they had to remove the media from the parking lot.

“This is an important event for the media to play their role, and we understand the matter is being held in chambers and so we will await the decision by the Chief Justice and an opportunity to questions the lawyers involved.

The police officers then left saying they will be back to “remove” the media from the court parking lot insisting they have an “order” for the media to leave as they are not allowing anyone to enter the compound.

Not long after Ministry of Justice and Court Administration, Chief Executive Officer, Moliei Simi Vaai approached the reporters and explained the Police Officers were informed of the importance role of the media.

The pandemic led to many challenges especially for businesses in the private secto...