The project, funded through the U.S. Embassy in Apia, consists of the protection and conservation of the mangrove ecosystem and wetlands of Samoa. 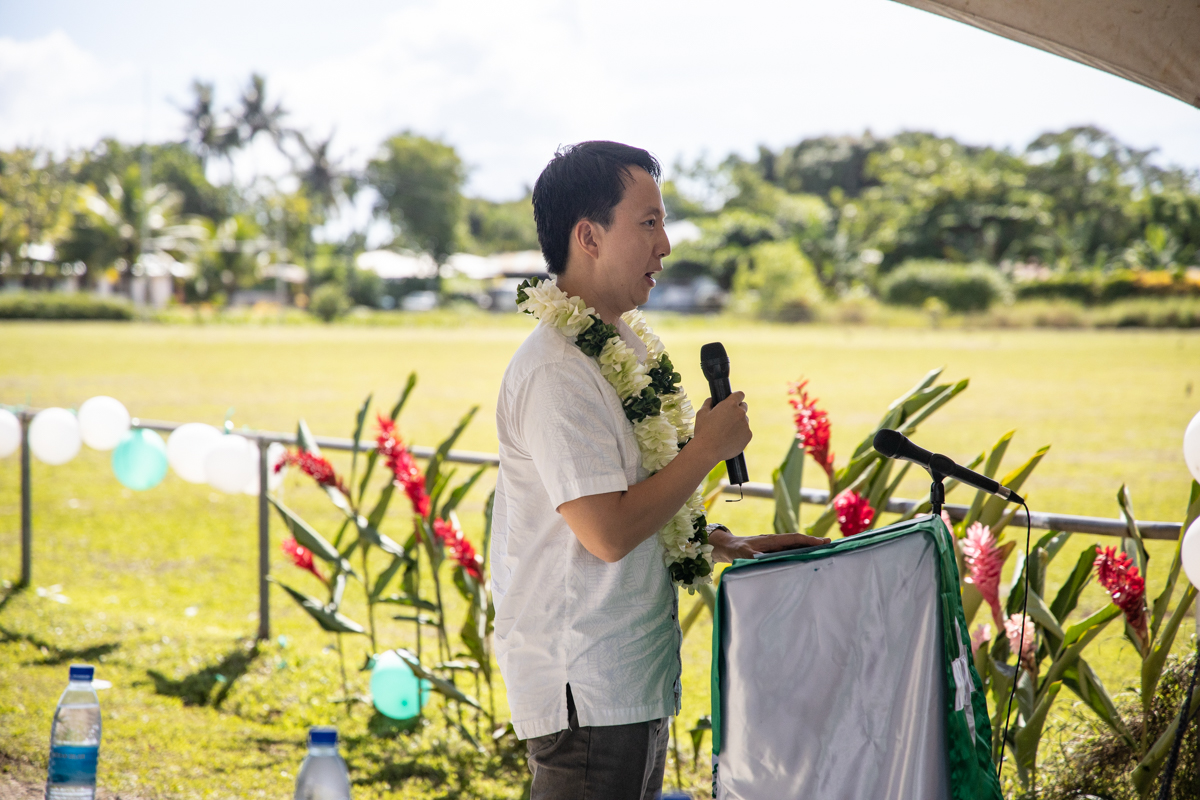 Caretaker Prime Minister, who is also carrying the portfolio of the Minister of Natural Resources and Environment, Tuilaepa Sailele Dr. Malielegaoi was in attendance and spoke on the importance of mangroves in Samoa.

"This project has become one of the good examples for every village in Samoa that has a mangrove conservation area. The importance of mangroves cannot be questioned. The beginning of this year we celebrated World Wetlands Day as well as Water and Forest Day, this celebration leads with a good message that we have to work together to protect our environment for the future of our children; and also the village council in stepping in to make sure that this project will turn out to be a successful one," said Tuilaepa.

"The mangrove ecosystem includes rivers, wetlands, and environment; playing an important role in the lives of human beings.

"If we do not protect them now, our young generation will never know the value of these areas. One of the world's major issues that we are facing now is climate change..."

Tuilaepa said it was their hope that other villages who have mangrove conservation areas continue on with the project.

He thanked the village of Moataa for working tirelessly and taking a stand for what is best for them and their future.

"Thank you to the village council (Alii ma Faipule) and everyone who takes part in this project. This is also included in the Government's Samoa 2040 plan... looking beyond for the next 20 years for ways to protect our own ecosystems and environment surroundings," said Tuilaepa. 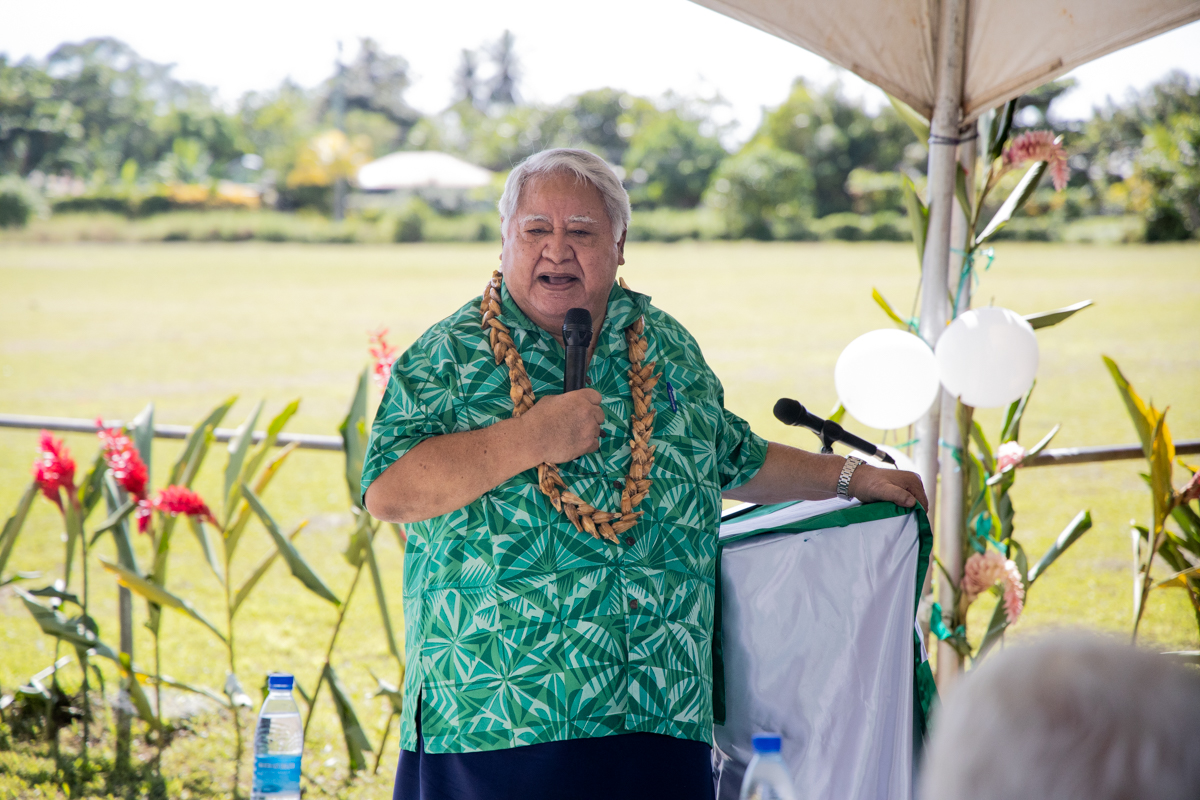 "The Moataa Mangrove Restoration Project is an excellent example of how a small grant can benefit both the environment and the community. Moataa’s work shows the greater community, your neighbors, and your country the value of these mangrove forests. Your community efforts echo the United States' commitment as shown by President Biden’s focus on this critical issue," said Yoo. 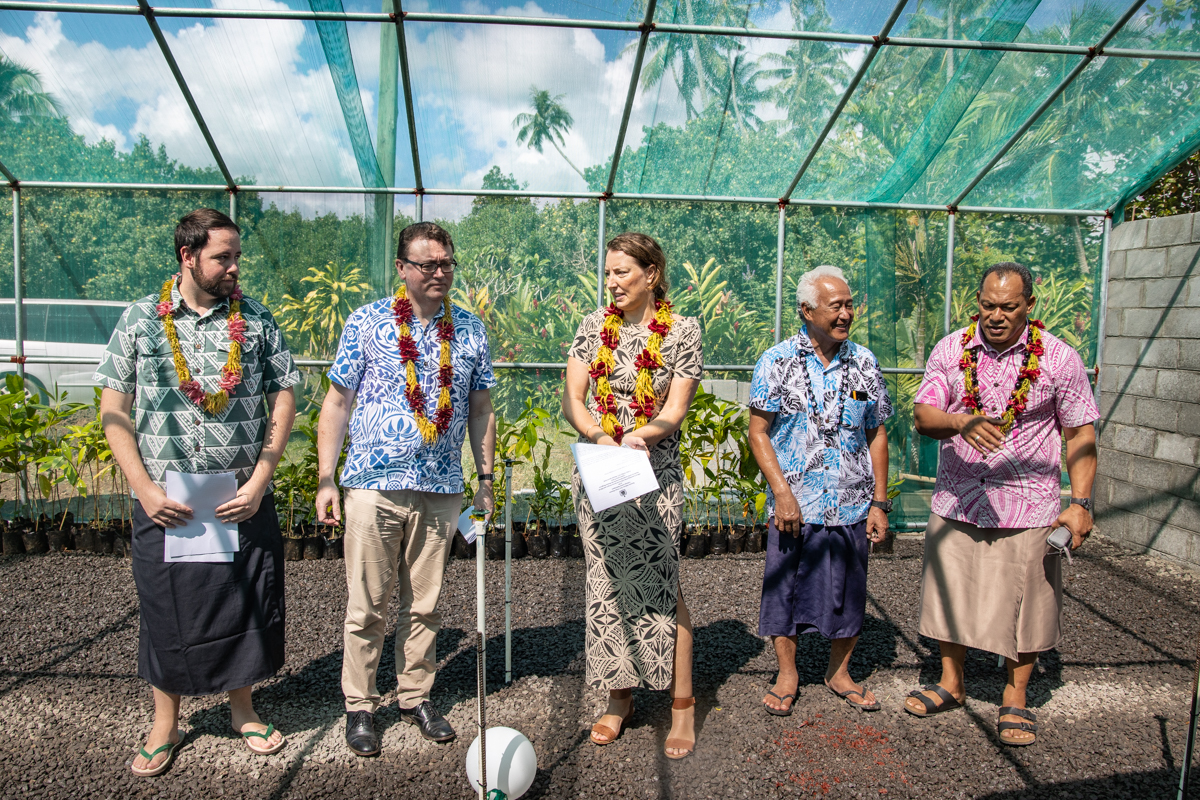 Moataa paramount chief, Asi Tuiataga Blakelock spoke on behalf of the village, in appreciation for the support given by the U.S. Embassy as well as the Government of Samoa through the Ministry of Natural Resources and Environment towards assisting the village in ways to protect the mangroves.

"On behalf of the village council and everyone we would like to say thank you to the naming partners who have help us in making this project a successful one - U.S Embassy, European Union (E.U.), Samoa Tourism Authority (S.T.A) and others in helping out for a better future of our village and also our constituency as well," said Asi.

They added that the Samoa Tourism Authority, M.N.R.E., Ministry of Agriculture and Fisheries, and the village council now have to implement the best mangrove and coastal management possible to cope with a rapidly changing global climate.

The Steering Committee also noted that the Alii ma Faipule is especially keen to implement the plans and build its climate resilience, thanks to funding received from the US Department of Agriculture’s Forest Service. 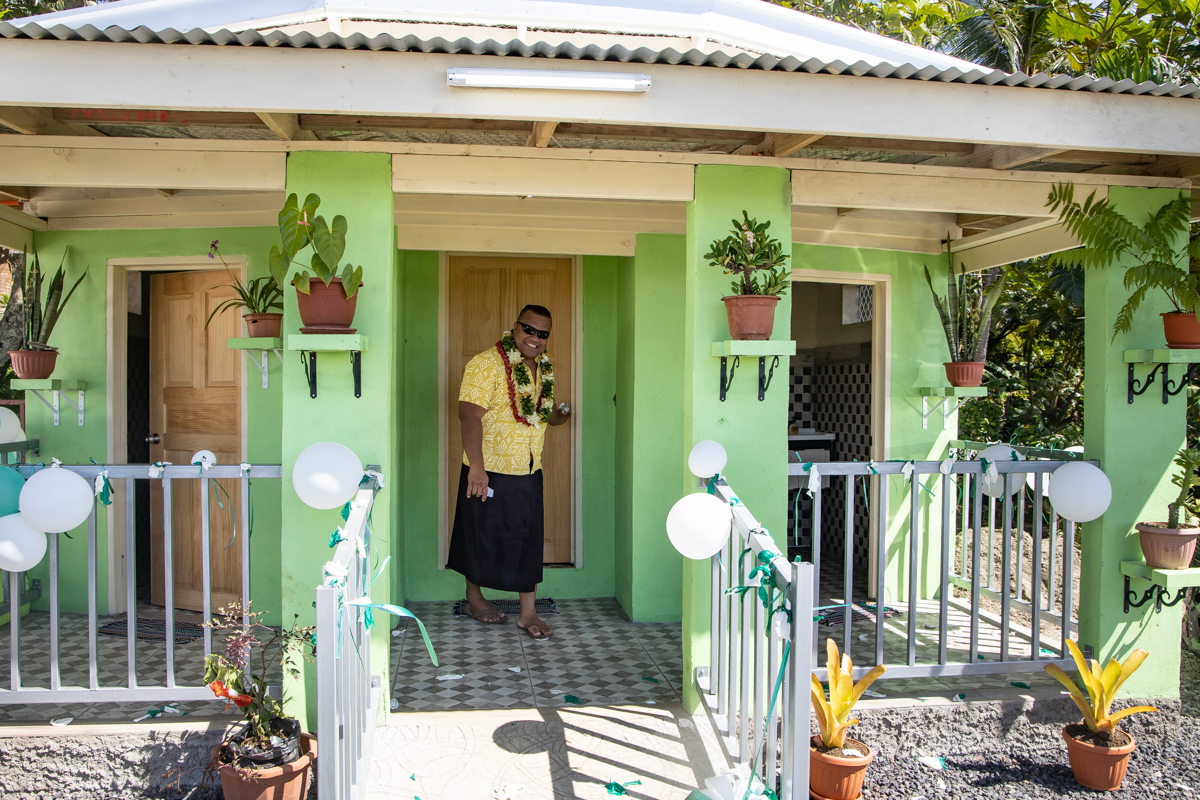 The Steering Committee recognised the efforts made to date by the Village Council of Moataa and all its Community Service Organisations in celebrating both World Environment Day (June 5th, 2020 and now 2021) and World Ocean Day (June 8th, 2020 and 2021) in Moataa with mangrove clean-ups and tree-plantings. They commended the level of support from all the members of the Moataa Community Service Organizations, sporting clubs and even Moataa Primary School and Pre-School.

They also noted that the Pacific Island Forest Restoration Initiatives (P.I.F.R.I.) was launched on the 14 of May 2021 and a special tree seedling nursery has been erected to assist with the ongoing propagation of 2500 seedlings. The Aualuma has been charged with this project responsibility and receiving all the necessary assistance from C.S.O's  within Moataa village.