Government officials who attended the O.E.C. training session for next Friday's fresh election at the Multi Purpose Hall at Tuanaimato. (Photo: Anetone Sagaga)

The training was conducted at the Multi Purpose Hall at Tuanaimato with the Electoral Commissioner Faimalomatumua Mathew Lemisio saying the objective of the session was to update the officials who will run polling next Friday.

He said the 21 May fresh election date was announced by the Head of State and until the O.E.C. hears from the Supreme Court it is business as usual in their preparations.

“As of now the Office is still in preparing for the election in next week, the preparation is based on the declaration issued by His Highness, the Head of State which has been schedule on the 21st of May,” said Faimalo.

“Until any further notice from the Court then changes will be made but as of now we have prepared everything.”

Revealing that his Office received a lot of complaints following the 9 April general election, which he claimed questioned the integrity of the electoral process, he hopes the training would ensure such mistakes are not repeated.

“For the record, the previous election on the 9th of May we have received many complaints from polling booths venue in questioning the integrity (faamaoni) of our work by collecting in the results of the election and for that many false statements have been released out of the public.

“So hoping the training that we planned would turn out good and a success results for next week election.” 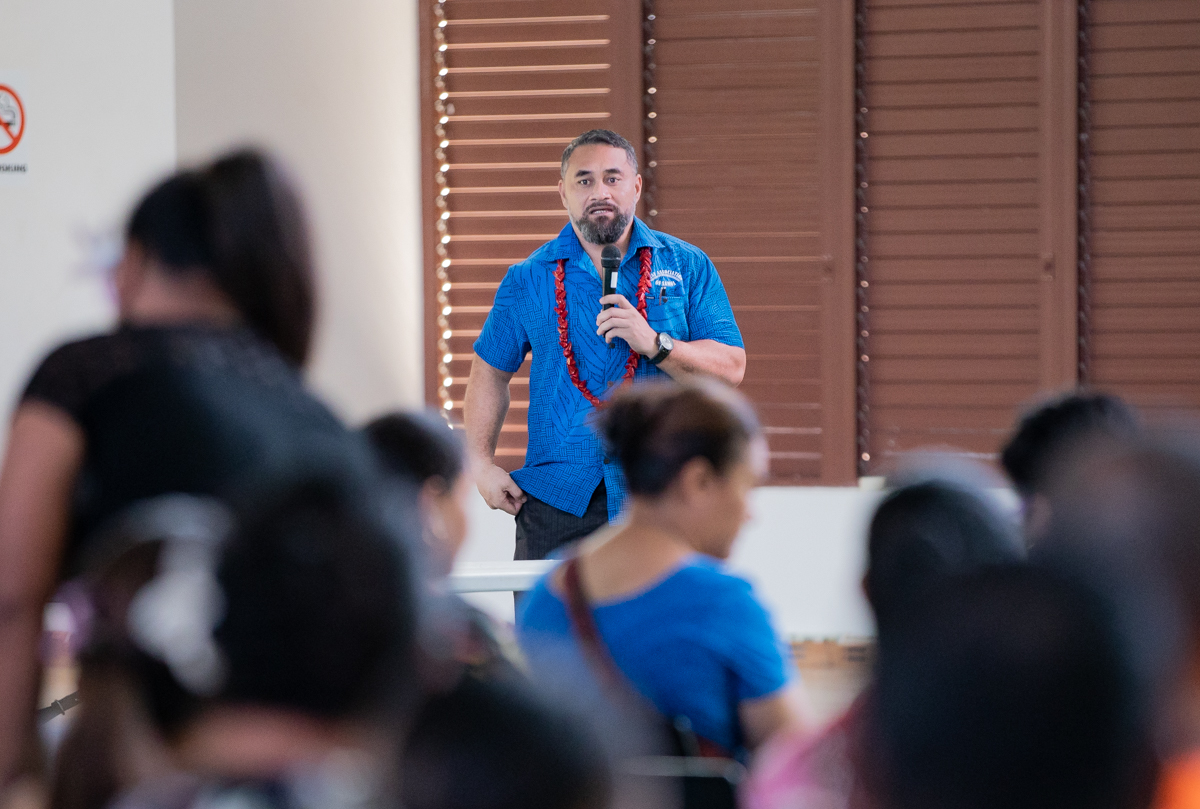 The Electoral Commissioner also used the opportunity to address concerns highlighted by the Fa’atuatua i le Atua Samoa ua Tasi (F.A.S.T.) party on the use of senior bureaucrats as electoral officers.

“Issues have been raised saying Government officials is not right but according to the Electoral Act, we (O.E.C.) have the right to ask and seek a government public servant in conducting an election,” emphasised Faimalo.

Faimalo then indicated that the polling booths in the different constituencies is yet to be finalised.

“Allocations have not been finalised as of now but if they are given a location, and knowing that the official is from that constituency, we ask not to affiliate in showing interest at all so by tomorrow a task in allocating for the official will be given out.”

More than 60 officials attended the briefing at the Multipurpose Hall at Tuanaimato.