A two-year-old girl was medically evacuated to New Zealand for urgent treatment of an unknown condition over the weekend, after a 72 hour operation to get her out of Samoa succeeded. (Photo: Dr Simona Marinescu)
Health

A two-year-old girl was medically evacuated to New Zealand for urgent treatment of an unknown condition over the weekend, after a 72-hour operation to get her out of Samoa.

The child, who can only be referred to as Sylvia, landed in Auckland on Monday night and has been admitted to Starship Children’s Hospital with her parents.

After her health deteriorated last week and Samoa’s hospital systems ran out of diagnostic options, Sylvia’s parents’ employer the United Nations stepped in to get help.

Resident Coordinator Dr. Simona Marinescu told the Samoa Observer it was a remarkable effort by multiple people and organisations working to find the money and resources to get the Samoan girl to safety.

The parents, both Samoan nationals working in different positions at the U.N., were not available to speak to this newspaper on Tuesday. They are in an isolation unit at the hospital near their daughter while she is treated.

“When baby Sylvia left she was a little weak but I am hoping everything is going to be okay for her,” Dr. Marinescu said.

The team moved heaven and earth to get Sylvia to New Zealand. First was the matter of having her insurance provider accept the costs of the medical evacuation and treatment abroad.

The World Food Program (W.F.P.) humanitarian aviation services came on board to provide the evacuation services, and International S.O.S. worked to find a plane.

Then was the matter of finding a hospital that would admit the child. Several were canvassed, and Starship agreed to take her but not under the conditions of the insurance.

Dr. Marinescu worked to improve the insurance conditions, which meant getting approval from New York to allow the U.N. to cover anything over the insurance spending gap.

She waited up all night to get the letter for the flight for the hospital just hours before Sylvia and her parents were meant to get on the plane.

Finally, the changes were approved and everything could go ahead: Sylvia was admitted to the hospital to wait for her ambulance to take her to the air ambulance, which delivered her straight to Starship with all costs secured. 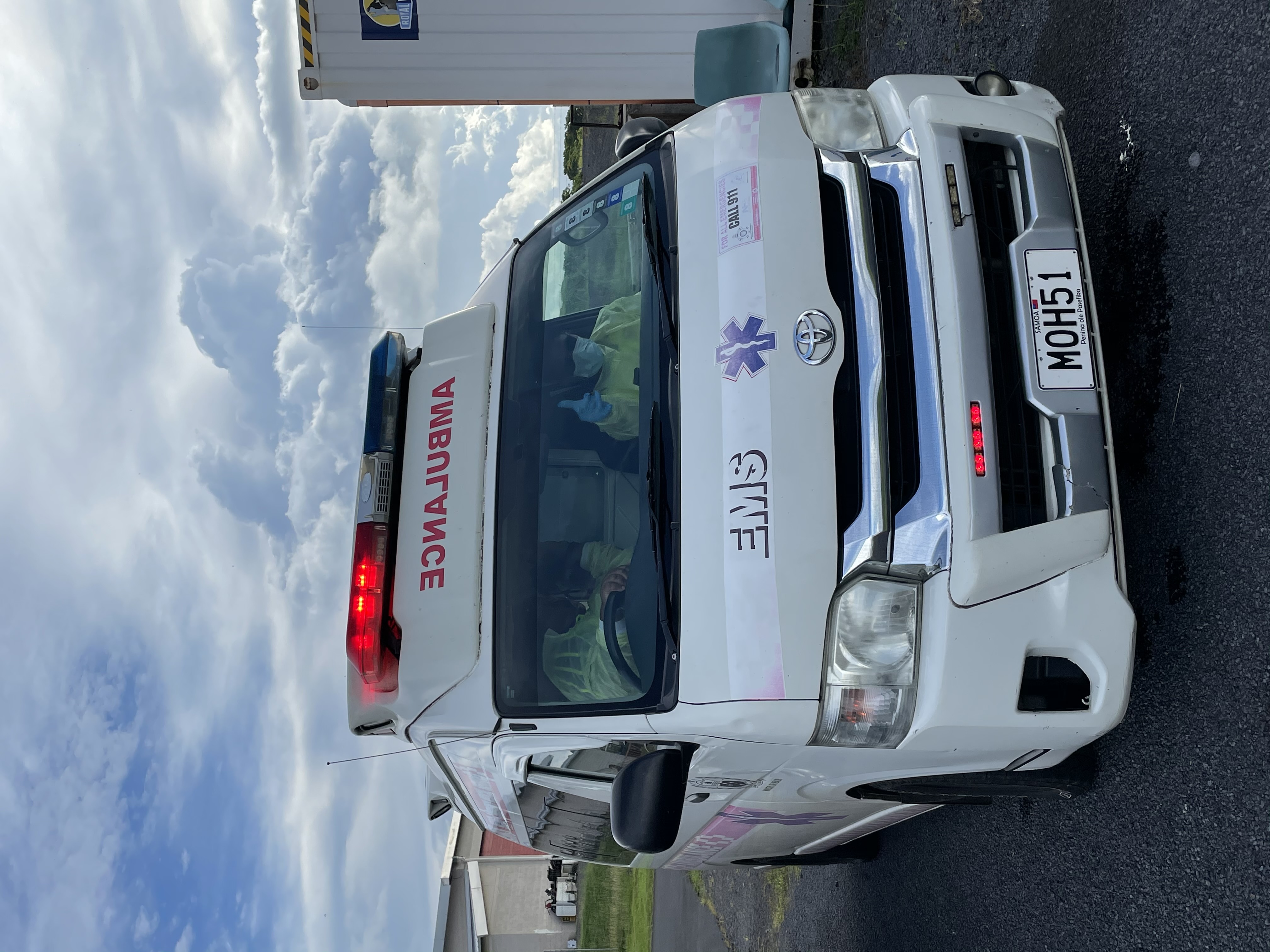 “We also picked up the cost of the air ambulance, but it is 2.5 times lower than a charter flight, and it comes with a doctor – we didn’t know whether the baby would need any kind of medical assistance on the flight, you never know what could happen,” Dr. Marinescu said.

Her office used her travel budget to pay for the air ambulance, she said.

The flight made a planned pit-stop in Tonga, and landed in Auckland late on Monday night. The family had help from the Ministry of Foreign Affairs and Trade, and New Zealand’s Ministry of Immigration to ensure they had the right visas and paperwork to be allowed into the country for treatment.

The Ministry of Health also helped the parents get their first vaccines before they left, and had their COVID-19 tests done on Sunday.

“Everybody who had to do something in this did their best. The United Nations, the Government of Samoa, the High Commission of New Zealand, Starship, immigration in New Zealand, everybody was active over the weekend,” Dr. Marinescu said.

She called the World Food Programme the "Nobel prize laureate" for getting Sylvia onto a flight so quickly, working from Rome and Fiji, and connecting with InternationalSOS in Sydney to make it happen.

“The U.N. will always do that. It's the passion we all put in when you hear of a child in need, we’re human beings willing to do our best."