Nola Patu is the first local Samoan to be a part of Crossfit Games (Photo: Photo Supplied)

Nola Talaepa-Patu, 33, made the top 10 per cent of the Oceania Continent of 8980 women who participated in the 2021 NOBULL CrossFit Games

In an interview with the Samoa Observer, Mrs Talaepa-Patu said she wasn’t really a sports person in her young days.

But it was only when she saw one of her friends do the CrossFit which is when she decided to try it out and became addicted to the sport.

"First time I tried it I fell in love and I never looked back," she said. "It started out as wanting to lose weight and get healthy.

“But then it evolved into something else and became like an outlet and I was just having a lot of fun with it.

“That's what kept me going and I made friends along the way.

According to Mrs Talaepa-Patu, she didn’t know her coach Walter Imo and husband Gafatasi Patu got her registered for the CrossFit Games. And when she heard about it, she became nervous but couldn’t withdraw as they couldn’t get a refund after registering.

“But this open is the first open I've ever done. The open is an International level kind of competition, and this is my first and I competed as an individual.

"The competitions held locally are done in teams but this one was done individually."

Mrs Talaepa-Patu believes that if she was able to do it then other women can make it too. She said participating has helped her in terms of her health, especially with her family having a history of diabetes. But she wants to break the cycle and doesn't want to pass it down to her children.

"Health is key. I want to be able to have the energy and capacity to go about my everyday life. 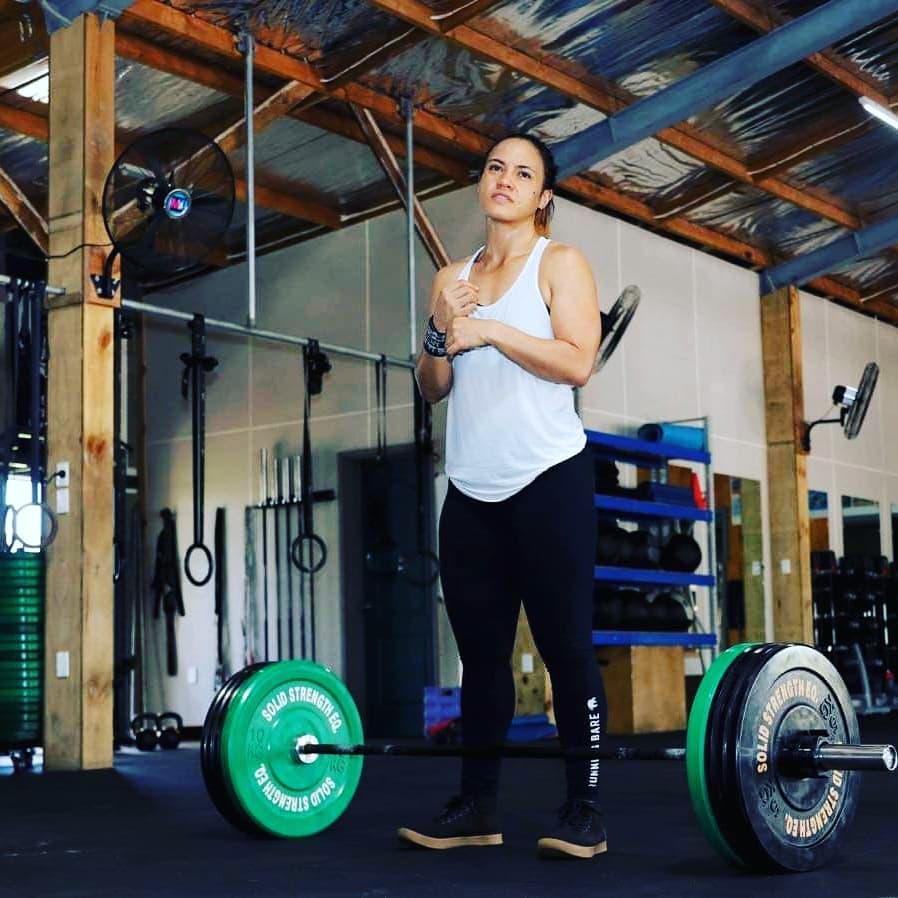 “Not only that, lots of mothers, they want to be able to run around with your kids and keep up with them.

“Some of us, that's our problem. With all these energies but we still can't keep up with them. “But it would be really nice if you run around with them, but also set an example for them.”

Mrs Talaepa-Patu added that there were a lot of positives she took from the sport and one major benefit is her independence and not having to depend on her husband.

“But now I feel more confident to just go in there and enter any gym and I'll be fine. Like you don't rely on someone to drag you."

Mrs Talaepa-Patu works at the Ministry of Finance for a U.N.D.P. project but still finds time to train and coach some of the females who are at the MY gym with their six-weeks challenge.

And she has never ever thought of quitting the sport as she loves it too much.

"I don't have any specific women that I'm helping out, but I do help the women at the MY Gym for their six-weeks challenge and it is purely just for women. I also help coach some of the classes.

"I have enjoyed it so much, I've never had any breakdowns, I can't recall ever chucking the towel in.

“I don't think I have taken a long break, thinking that "I can't do this anymore!" I loved it from day one.”

CrossFit Chief Executive Officer Adrian Bozman said being in the quarter-finals is proof that an athlete is already the fittest in the world.

"The quarter-finals are new and exclusive proven grounds for the fittest athletes in the world, and only the top 10 per cent of individual athletes from each Continent qualify for an online competition that will challenge them with their toughest test to date."