The passengers transported in buses and vans were met with cheers and waves from some families who parked opposite the Faleolo International Airport in efforts to get a glimpse of their loved ones who are finally home. 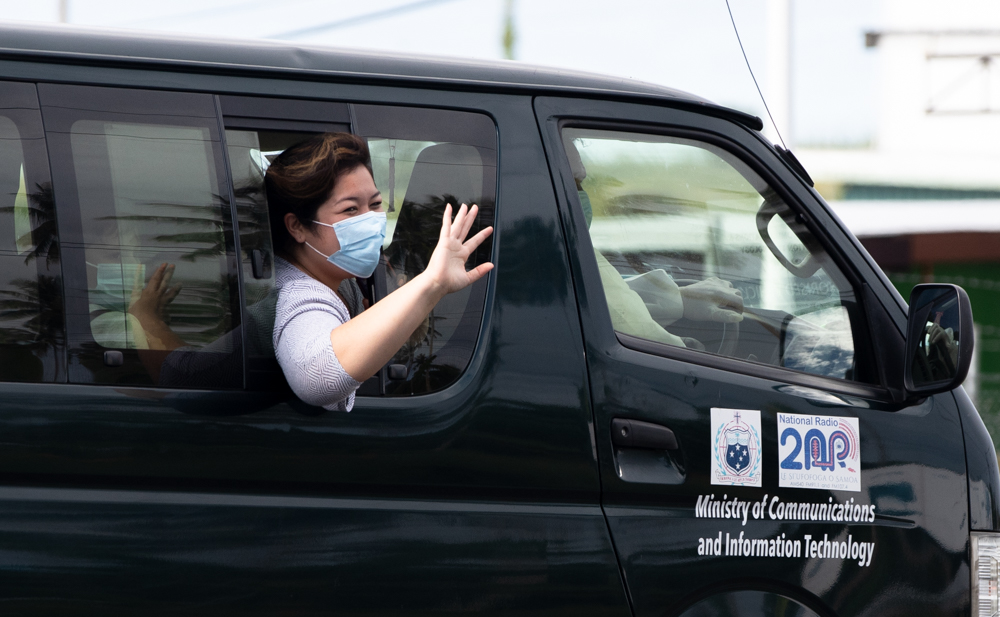 His Honor was flown in on the most recent repatriation flight from Auckland, New Zealand on Friday that landed at just a few minutes past 2 p.m.

Unlike the rest of the passengers who were loaded into the line of vans and buses, His Honor was transported in a Ministry of the Prime Minister and Cabinet (M.P.M.C.) Toyota Prado to his designated accommodation where he will undergo mandatory isolation for three weeks.

The Chief Justice recently received medical clearance, allowing him to return to Samoa after a “minor procedure” further delayed his arrival which was initially scheduled for February.

Just months into his new role, the Chief Justice was hospitalised for “flu like symptoms” at the National Hospital at Moto’otua in September last year. He then left Samoa in early October. 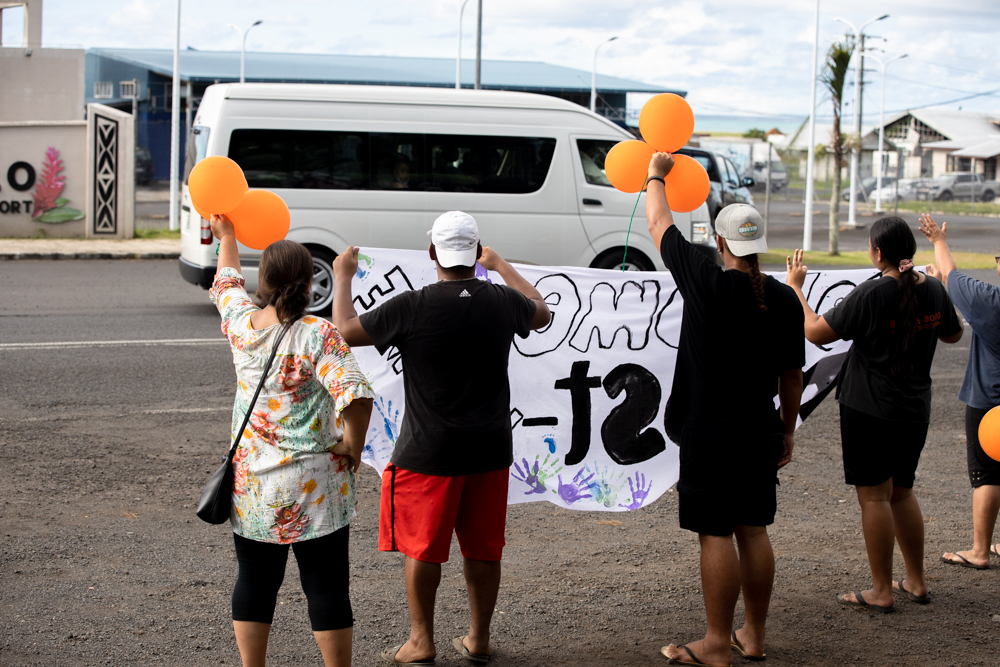 Amongst the families outside the compound on the Faleolo main road was the wife of Police Officer Ropati Peniata returning from a U.N. Mission in Sudan, Luatupu Tuatagaloa with their one-year-old son.

Speaking to the Samoa Observer, Ms. Tuatagaloa said she whilst she is ecstatic that her husband is home, she could not help but also feel sad.

“I’m feeling a bit sad because when my husband left in 2019, our family was whole but after losing our eldest daughter, he’s returning to just me and our son,” she said getting teary.

The couple’s three-year-old toddler was a victim of a tragic accident inside the Amazing Love Christian Church in Samatau last year, when the podium made of Samoan wood fell on her. 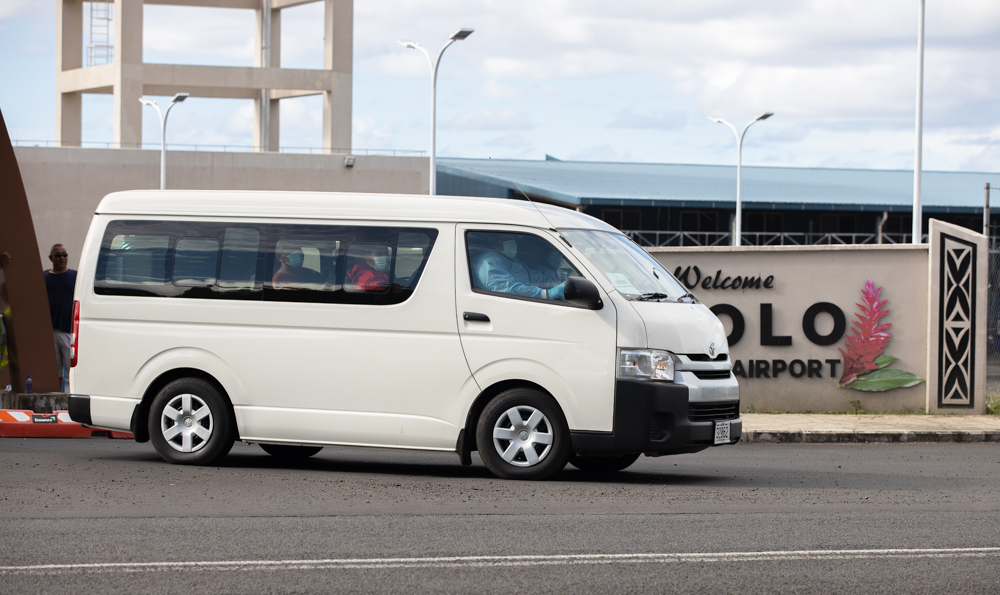 Assistant Police Commissioner, Papalii Monalisa Tiai-Keti said the 15 returning Police Officers were due to return earlier last year, however, due to the border closure the U.N. granted an extension to their mission.

The same flight on Friday also brought in the last group of sailors who travelled from Italy through Dubai before boarding the flight home from Auckland.

The group of six, now on home soil, leaves one more sailor on his way through Fiji, arriving on the following week's flight operated by Fiji Airways.

According to the Samoa Shipping Services (S.S.S.) General Manager, Lautimuia Uelese Vaai, all were employed on different cargo ships and all have just completed their contracts.

"This is the last group (7) and completes our repatriation efforts of more than 300 sailors employed on foreign ships when COVID struck,” he wrote in an email to the Samoa Observer.

A local sea cucumber breeder is planning to head to court this year to lay claim to the million tala dried cucumber haul confiscated by the Ministry of Customs and Revenue (M.C.R.) last year.