Four women behind the online Friends4Fiame campaign are elated after Fiame Naomi Mata’afa led her brand new party to a tie with a decades-old incumbent Government.

While neither the Human Rights Protection Party (H.R.P.P.) nor Faatuatua i le Atua Samoa ua Tasi (F.A.S.T.) can definitely call a majority of seats in the house, the four women agree that gaining the number of seats F.A.S.T. did is an achievement in itself.

Tauiliili Alise Stunnenberg, Sose Annandale, Nynette Sass and Lauano Lauina Grace started Friends4Fiame almost immediately after their friend resigned from Cabinet and H.R.P.P. over what she called a “slide away from the rule of law.”

They have been leading her campaign into the election as an independent candidate, and supported her national tour meeting constituents and hashing out policy issues in public forums.

Speaking to the Samoa Observer on Saturday, the women said they were delighted with the outcome of the election.

“I am getting emotional now – I can only say that Samoa has spoken, and it’s that time for much-needed change for our country,” Tauiliili said.

“Not everything has been bad, but there could be a lot better, and I am very proud to be part of the change that has come about, in whatever small way that we contributed to it.”

“This is the moment we’ve all been waiting for and working towards, and we’re really happy with the result so far,” Ms. Annandale said.

Lauano, who spent her morning feeling anxious about the results, said she couldn’t believe how the party performed on the night.

She said she feels blessed and humbled to have been part of the work to get Fiame and F.A.S.T. to the General Election.

“It’s an amazing result, given the short time the party had prepared, and the four of us are only a small part of it. So to be able to look at each other and say wow, we helped make a change, I think that was the amazing thing.

“I am just in awe of this woman who has got this responsibility on her shoulders now to try and make it work and form a Government.

“She’s inclusive, she’s consultative, so it’s a big change from how the Government’s been run over the past 20 years. We can only get better and stronger.” 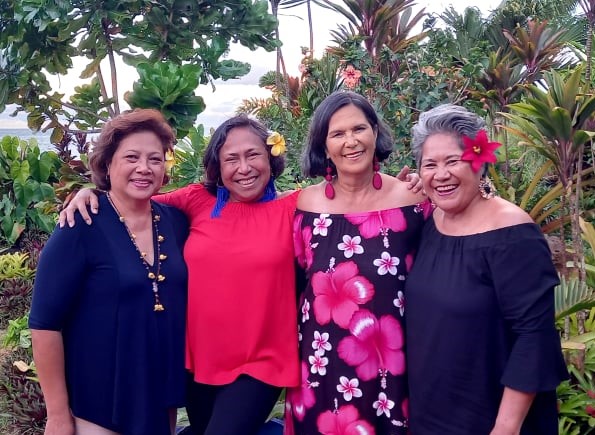 One of Fiame’s main goals after leaving Cabinet was to meet people where they were, out in their villages, and talk to them face to face about the issues they care about.

Tauiliili said the group was able to successfully coordinate that effort and achieve that goal.

“That in itself is a big win for us, really reaching out to the grassroots and hearing what the people had to say and watching the interaction between them and Fiame.

“The energy she had was just unbelievable. I would be tired half way through the day and she would just keep going, there was so much genuine feeling there.”

Nynette Sass said the entire project was worth the effort.

“We had a united goal, we knew what we wanted and we went for it,” she said.

“The takeaways from all this is that one, we got to see so many young people take an interest in the election.

“It seems the Talanoa sessions really made a difference from the perspective of those who would normally not even think about the elections, or just defer to the elders.”

Ms. Annandale said both Friends4Fiame and the founding members of F.A.S.T. showed the kind of commitment that was needed to succeed.

The two groups soon collaborated on what would become F.A.S.T.’s signature campaign move: the national roadshow taking the campaign platforms and candidates around the country.

“I think people hadn’t seen that kind of interaction from any of their leaders for a long, long time. That really helped push it over the line.”

Ms. Sass said Friends4Fiame, and the four women who ran it, were empowering to people who might have felt silenced in the past.

In her experiences in the early ‘Talanoa sessions’ that Fiame hosted for entrepreneurs, women, youth and more, the group saw how many people were reluctant to voice their concerns with the then current Government and its leadership.

“We were the face of so many people who were afraid to show their support for the party they believe in,” she said.

“I think it was inspiring in a way that we can stand up and say this is us, this is what we believe in and it’s okay. We don’t have to be scared.”

Lauano said F.A.S.T. picking up the Talanoa session concept and turning it into the party roadshow with Fiame as a guest speaker may have had the biggest impact on people around the country.

“That small beginning from Friends4Fiame, that concept worked, and that is what changed the vote, that was a game-changer for Savaii.”

She said watching the communities react to Fiame’s presence and character was moving. She was obliging and enthusiastic with crowds, and it was a memorable experience, Lauano said.

“We know her, yes she is very special, but then to see everybody else out there and the way she acts with them, that was the amazing experience,” Tauiliili said.

“Even if the results didn’t turn out the way it did, that in itself was a big win, and that people were able to express their feelings and share in this movement.” 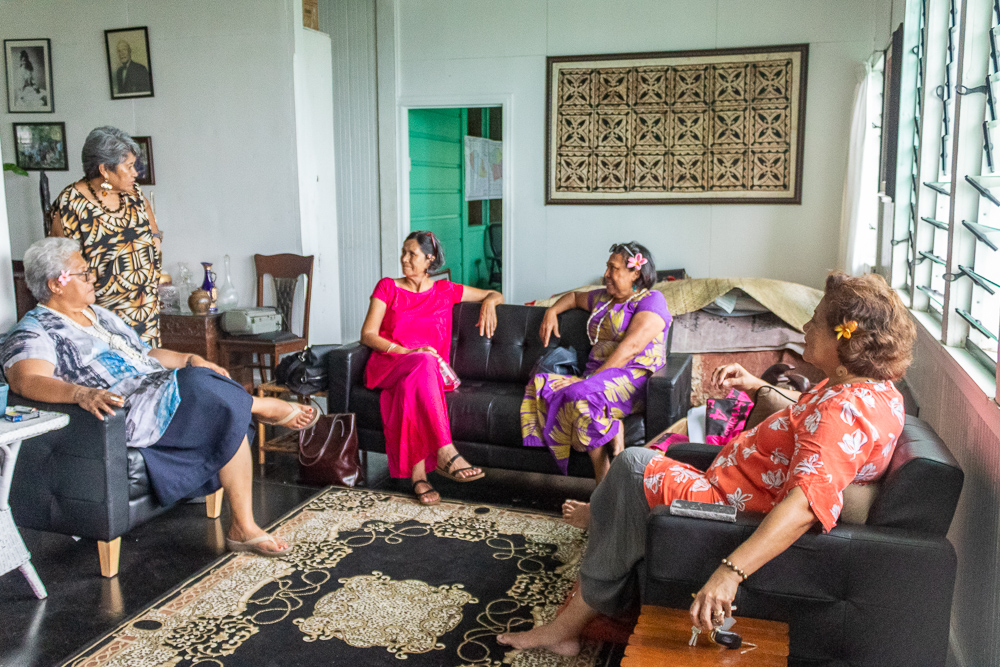 Ms. Annandale said people do want to understand issues and engage with them, but that communication is an important part of that.

For a long time, that effort to share issues between the Parliamentarians and their constituents had been missing, she said.

And now that the work is being done, people are realising they have a say in what their leaders do, and acted on it at the polling booth, she said.

“I think taking the time to communicate with them the issues so that there is a stronger level of understanding of what those issues are, it makes one realise that this whole process plays an integral role in the demonstration of good leadership. It’s making sure people really understand.

“For a long time our people have lived in darkness and they don’t fully understand the issues and are not encouraged to know the issues.”

While official results are outstanding and neither party has claimed the Government for themselves, the women agree that if given the mantle, Fiame would be a compassionate and consultative Prime Minister.

“Because she had been out there, and seen how people are out in the village, she is going to be a compassionate leader,” Tauiliili said.

“One of the things I love and respect Fiame for is her ability to diffuse a situation and put things that may otherwise come across very complicated in such simple ways that are easy for people to understand.

“Then, she’ll even come back and be open to your feelings, your sharing of ideas, which I think is a very important quality, that it’s not all about you as a leader.

“I think she will bring a lot of integrity to the position and certainly her political capital and reputation in the region and internationally will bode very well for Samoa.”

Ms. Annadale said Fiame will be skillful on the local, regional and international stages in the interests of Samoa, and that her focus will likely always be on her people.

“Given the fact that her father was one of the great leaders at the beginning of our independence, she comes with that very strong understanding of what was intended for our great nation. She comes with the integrity, the dignity and the mana that she was born with,” Ms. Annandale said.

Lauano, who of the group has known Fiame the shortest time, said her experience has shown her how welcoming and caring the long-term Parliamentarian is.

Tauiliili first introduced them two years ago, and when Fiame learned that she is alone in Samoa with her husband travelling often, she made sure to extend her warmth to Lauano, she said.

“I think she’ll make a Prime Minister that has a lot of alofa, love for the people. She’s tama aiga but she’ll make us a cup of tea, she’ll cook for us, she doesn’t expect us to run after her.

The five women have been firm friends for a long time. Tauilili said in many ways, what they did for Fiame was what anyone would do for someone they love.

“I don’t think we did anything amazing, because it’s just a normal thing, you want to help your friend. We needed to do this and we just got it done.

“If you care about somebody or something then it’s not amazing, you just do it, because you believe in it, you believe in them, or whatever the cause might be.”

The Samoa Law Society has defended the judiciary over what it described as “derogatory statements” that have questioned the independence and integrity of the Courts.