A look at the voting booth for Faleata 1 at Vaimoso. (Photo: Samoa Observer)

Reverend Amosa Reupena, who has been a church minister at the C.C.C.S. Vaimoso for 19 years, was among citizens and eligible voters who cast their votes at around 8am on Friday

After casting his vote, the Rev. Reupena told the Samoa Observer that while he is a servant of God, he is also a Samoan citizen and is exercising his democratic rights.

“I believe that voting is significant because this is the voters’ voices,” he said.

Rev. Reupena added that the caretaker Government continues to stress how important it is for Samoan citizens to vote.

“The voting process will enable voters to choose who they want to elect as their leaders which means we cannot take lightly because we must depend on God to help us with our decision making. 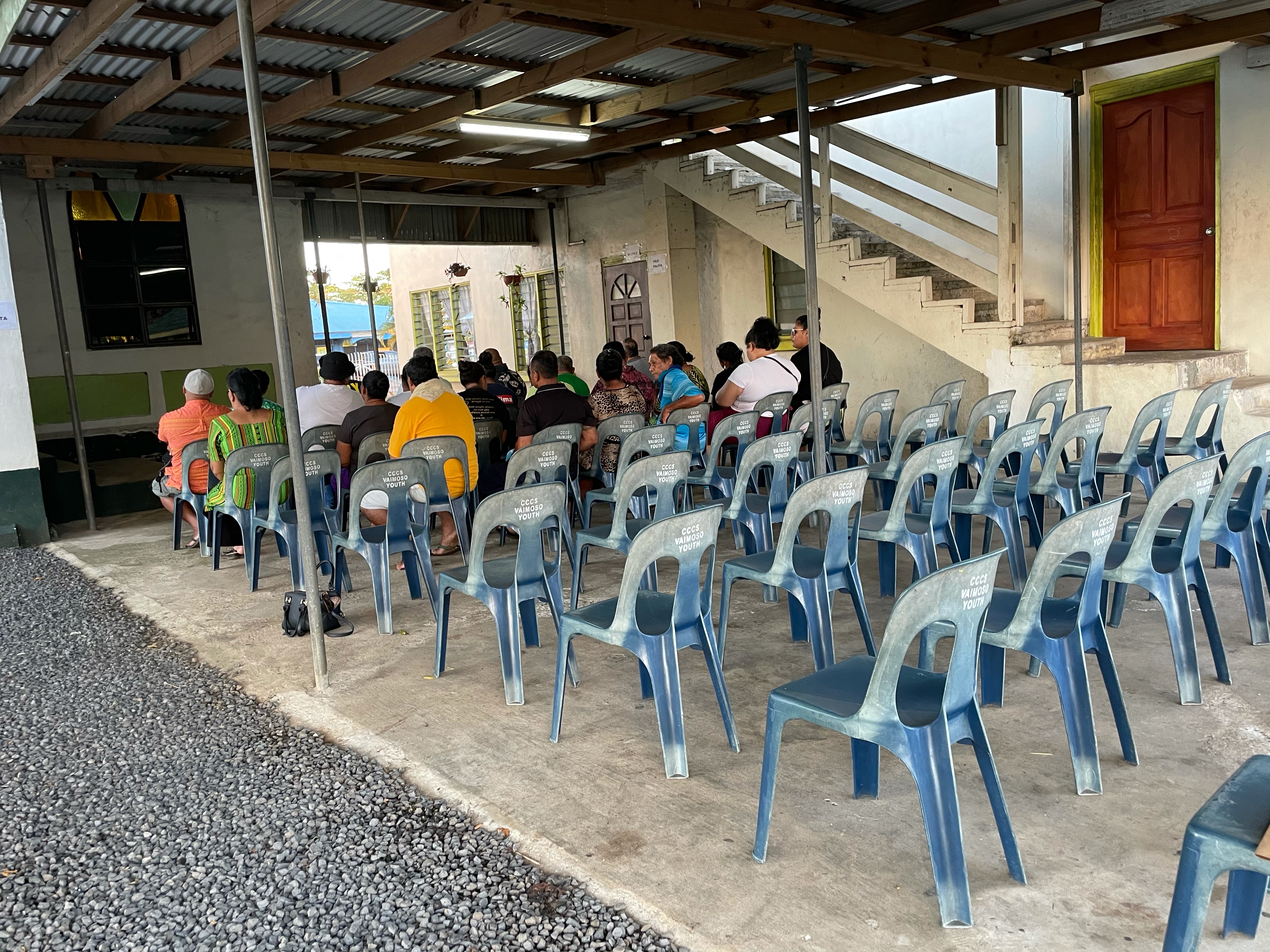 “In my view, those that are voting will also choose a leader who will be able to support its people through certain developments.

“We are playing host and this is our way of helping as the country hosts this year’s election but this is not for us.”

The 56-year-old was accompanied by his wife to vote and coincidentally, it was also his church that played host to the electoral officials, who set up the booth in the compound and hall.

“We are always being guided by the Office of the Electoral Commission on our preparations and we also check if there are certain things we can do or not.

“This is not the first time we have hosted but we have used more than a hundred chairs for people to wait in line because we feel sorry for those that stand in line for hours while we are also concerned for our elderly mothers and fathers.

“Over the previous years, we get feedbacks from our voters that there is a great need for chairs and a shady building against the hot sun hence why we try to accommodate this need.”

He advised that after Samoa as a nation has completed the voting process then, “we shall wait and pray for our new leaders because this is how a democratic country operates and we should show our support for whoever it will be.”

Some of the Faleata 1 voters that were waiting in line to vote expressed their gratitude for the provision of chairs and the facilities to be under away from the hot sun while other voting booths had people lining up standing for hours to vote.