Samoa’s Regulator and telecommunications industry expert Gisa Fuatai Purcell said she had to learn more than the men in her industry to prove herself in the highly male-dominated tech sector in her early career.

Speaking to the Samoa Observer on International Women’s Day, Gisa said she used to be the only woman at international communications and technology conferences, but that the gender balance has begun to shift.

“One of my greatest skills is listening. I just sit there, I don’t say anything, I just listen to my male counterparts speak and at the same time I write down, and then I speak.

“It’s not too long before my male counterparts realise that this woman is not just a woman, she is a leader who knows more than we do, she can speak, she has courage.”

Gisa was speaking at the ANZ Bank’s I.W.D. High Tea event at Taumeasina Island Resort, where they had invited women from across the public and private sector to celebrate being women, and to challenge the norms that keep women down, especially in the work place.

The global theme for I.W.D. is Choose to Challenge, inviting people to take issue with stereotypes or status quo situations.

She said Samoa has its own unique barriers for women in their careers. For her, one barrier was not having a matai title when she returned to Samoa from New Zealand and was preparing to take up a new job.

“There is still a very low number of women with matai titles, because there are challenges,” she said.

“My title is Gisa, from Falealupo. When my family decided that I [would] take up the title of my family, the village council didn’t approve. It took three or four months.

“Tuilaepa said to me, you have to have a matai title. Even if you are holding a high position, if you don’t have a title and there are cultural things in place, the fa’aaloalo will go to those people, including the cleaner and the driver, who have a matai title.

“That is the reason I talked to my family, and they decided I will take over the family title.”

Gisa has been at the forefront of the information and communication technology industry for over 30 years.

Before taking up the role of Regulator, she was the Director of I.C.T. development in the Commonwealth Telecommunication Organisation (C.T.O.), and was Acting-Secretary General for over a year.

In Samoa, she established the National I.CT. Committee and wrote the country’s first ever national I.C.T. policy and strategic plan, which led to there being an independent telecommunications regulator.

She was the Assistant Chief Executive Officer for the Ministry of Communications and Information Technology (M.C.I.T.) after working as an I.C.T. and Finance Consultant in Wellington, New Zealand for many years.

She said on International Women’s Day she thinks about the role women play in society as change agents.

“Women are the drivers of implementation of any national, regional and international obligations or strategies to move things forward,” she said.

“In our villages, it’s the women that drive the implementation and they do it successfully. I have been around in a lot of countries, and it’s the same – in Africa, Asia, South America, Europe, it’s the same thing with women.”

Host of the High Tea, ANZ Bank’s Kelita Rossi, said I.W.D. is one of the most important days of the year, and is about marking both how far society has progressed towards gender equality, and how far still there is to go.

When it comes to the workplace in the corporate sphere, there are still many barriers to getting women into the top jobs, she said.

“Stereotyping and bias are the major contributors to the gender gap in corporate leadership which is why training is crucial to creating a more inclusive workplace,” she said.

“We can all choose to challenge and call out gender bias and inequality.” 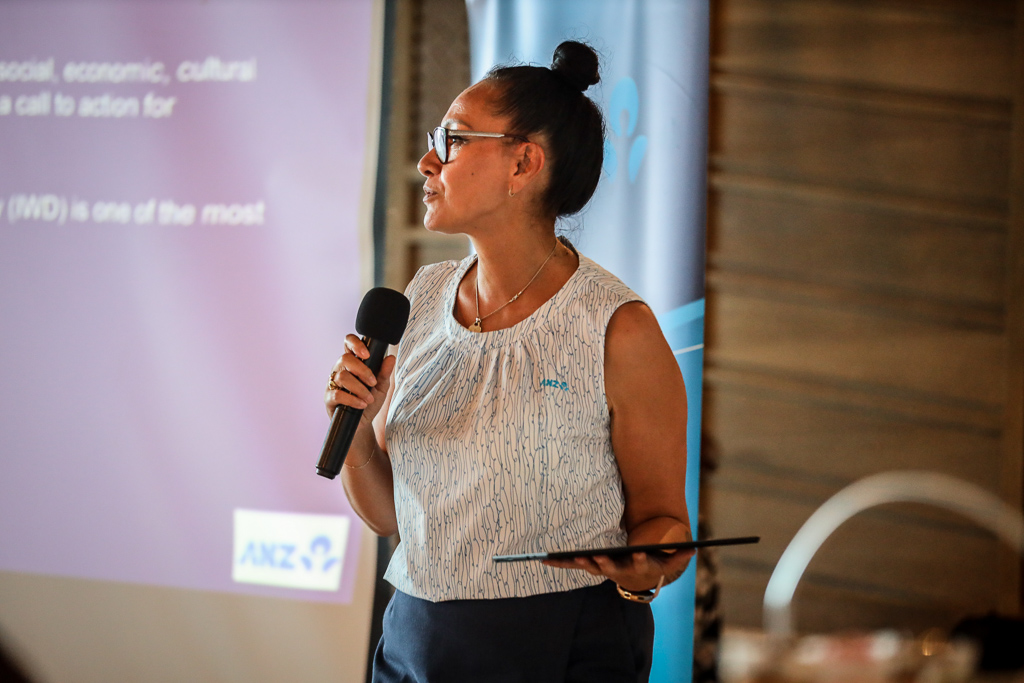 In her own office today, Gisa makes sure to make room for her younger female colleagues, for their development and career progression.

She maintains an open-door policy for her colleagues to ask questions and ensures they attend virtual meetings on topics they could learn from in their fields.

“Even this morning I reminded everyone, you must continue learning – even though the timing is bad and the meetings start at 1am,” she said.

Also at the High Tea was United Nations Women national coordinator Papalii Mele Maualaivao. She said she saw gender stereotyping in action at a recent workshop with young media studies and journalism students.

She had asked them to draw a dancer and a Prime Minister. And by and large all the illustrated dancers were women and the Prime Ministers were men.

“Even here in Samoa, we know women contribute every single day in so many different ways to the ways we live our lives,” she said.

“We had a female Deputy Prime Minister, we have so many women in our committees and our families who we rely on yet still we have that ingrained notion that leadership is for men.”

International Women’s Day was first celebrated by the United Nations in 1975, and the General Assembly assigned March 8 as the global day for women’s rights and world peace.

The movement has an earlier history among global socialist movements. The Socialist Party of America organised a women’s day in New York on February 28 in 1909, and in 1910 at the International Socialist Women’s Conference, women proposed such a day be made international.

March 8 was also a national holiday in Soviet Russia after women got voting rights in 1917. 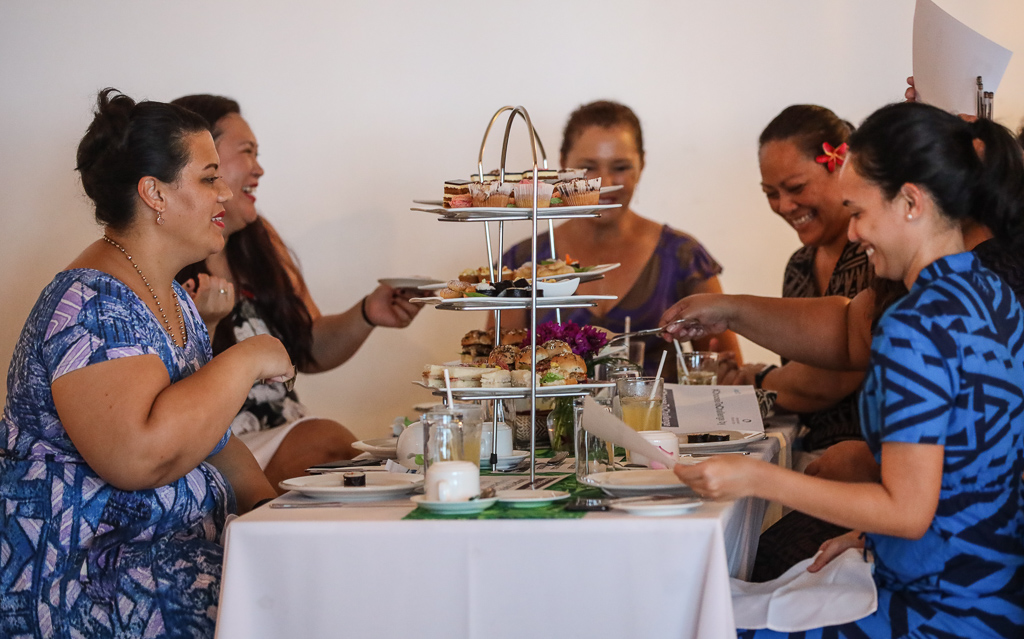 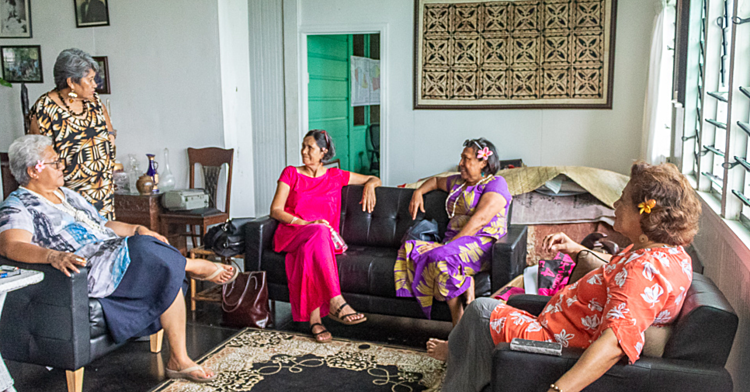 The four women behind the Friends4Fiame campaign say they are elated for their friend and leader, Fiame Naomi Mata’afa, who led a brand new party to a certain kind of victory to upend the Government on Friday.