"The project is fully funded by F.I.F.A, the world governing body of football," Papalii said. (Photo: Vaitogi A. Matafeo)

The groundbreaking ceremony was attended by Prime Minister Tuilaepa Dr. Sailele Malielegaoi, the President of the F.F.S, Papalii Leslie Petaia and members of the public.

Papalii said the ceremony marked a special occasion and officially started the construction of the planned new Apia Park Redevelopment.

He revealed that it consists of three main full-size football pitches built to F.I.F.A. standards and three smaller pitches which will be reserved for younger players. 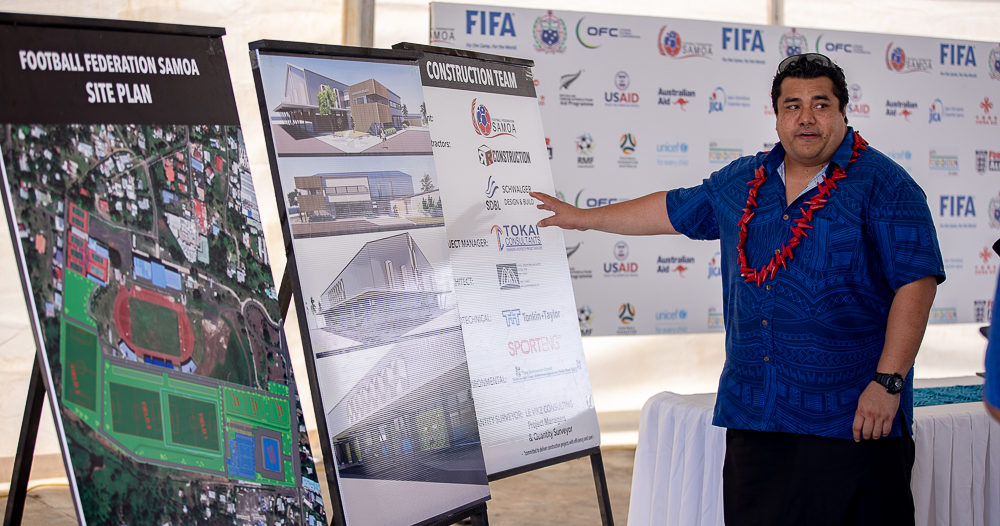 He hopes that by the end of the next 12 months they will see the project come to fruition.

"The project is fully funded by F.I.F.A., the world governing body of football," Papalii said.

He says the project's allocated budget was roughly $8 million, which includes a contribution by the Government of Samoa through various Ministries.

Papalii said that the development was a real example of a public-private partnership as F.I.F.A. and the Government of Samoa have come together to produce a product that they can both be proud of in the future.

He said that the facilities would be the playing grounds on which local athletes build their careers in world-class surrounds.

"The field up at Tuanaimato will still remain, that's where our main field is, the stadium. As you are aware, we just opened the stadium two years ago and so the field remains," he said. 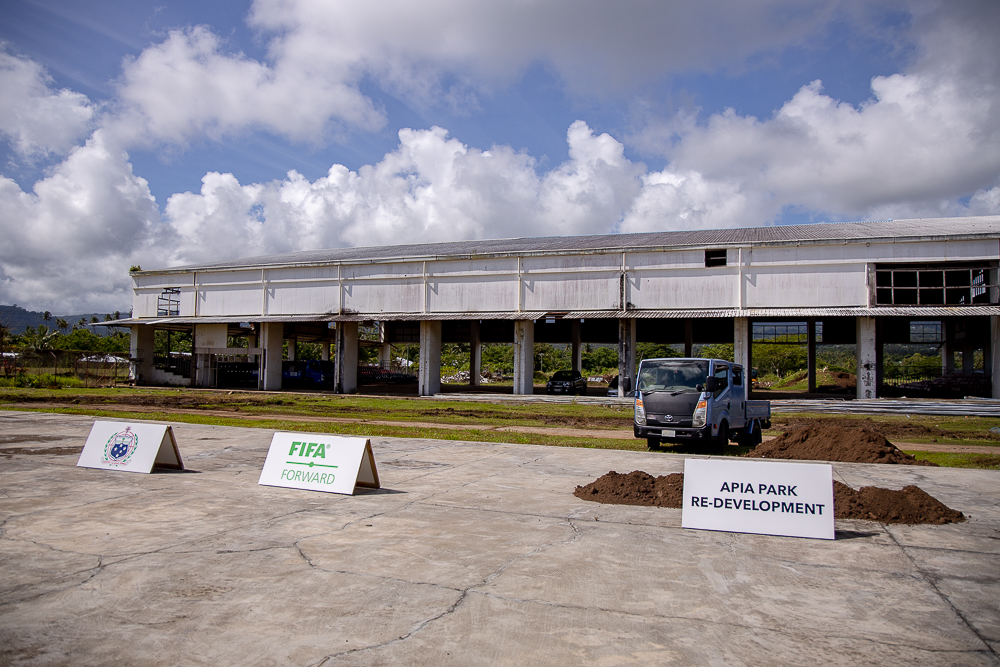 Papalii said that Tuanaimato will be the base of their technical department. He said there are plans in the pipeline for the fields and compounds at Tuanaimato to be transformed into a national academy and also a high-performance unit.

With flooding usually affecting the area, Papalii said that climate change was a real issue for the project and one which they are implementing strategies to mitigate.