Electoral Commissioner Faimalomatumua Matthew Lemisio says the media should devote resources to covering the ballot counting process for the 9 April election regardless of how long it takes to ensure transparency.

The call was made during a workshop in preparations for the 2021 General Election hosted by the Pacific Media Assistance Scheme (P.A.C.M.A.S.) which kicked off on Friday for journalists across the country.

He recalled the 2016 General Election during which he said the media did not take advantage of the opportunity extended for reporters to scrutinise the counting process and hopes this year will be different.

Faimalo emphasised on Friday that the Office of the Electoral Commissioner (O.E.C.) is keeping an open-door policy to the media to ensure timely and accurate information is disseminated during the election period.

"It was so sad that for the first we allowed in 2016 during the final count, we opened up invitations to the media; only two reporters came, and you know what happened, they didn't even last ten minutes in the counting process.

"But when you read through the papers and hear on the radio, the reports were extraordinary; but if you had taken time to sit through that process, no one would be able to influence your reporting because you had the first-hand experience of scrutinising the counting process.

"So this year again, we will allow the media to scrutinise that and I really hope, as I see there are a few of you young ones here, you will sit through that process; at least sit through one constituency.

"You know the counting process is not straightforward, you go through scrutinising the roll again and pull out all the ballot papers and then we count it. It takes up to 2 to 3 hours, even five hours to count through elections."

Faimalo said if the media are really interested in the vote-counting process they should "please make an effort."

"We have allowed you the platform so I hope you will [utilise], I know, we are all busy and deadlines, but please, we really want to make sure you present a fair report to your readers and audience and I think I should take that opportunity," said Faimalo.

He added that affording the press such opportunities reflects the Government’s confidence in holding a free and fair election. 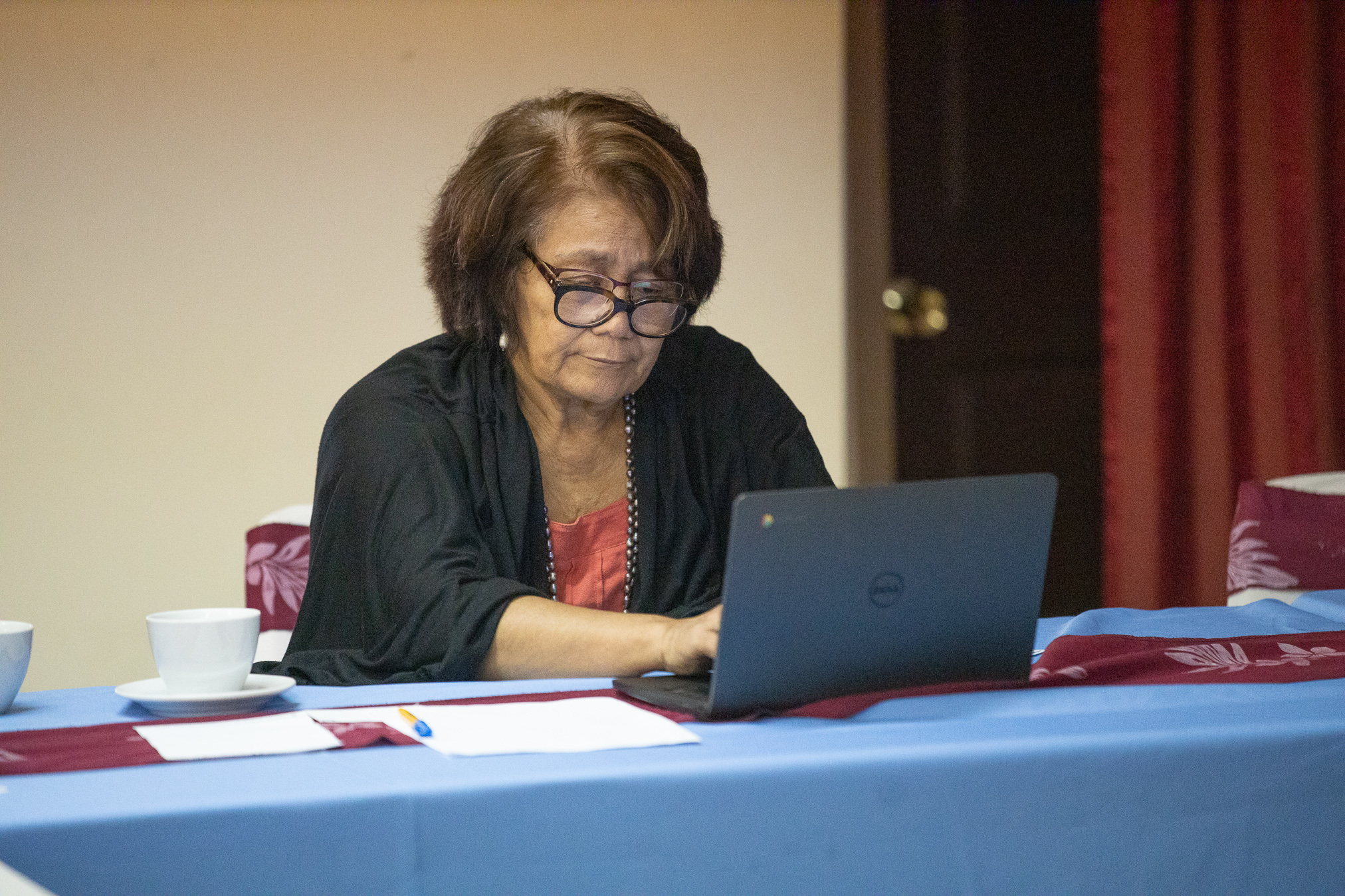 Journalists attending the workshop varied from both the government and private media companies.

The two-day workshop is a chance for the writers to hear about the country's electoral processes, reporting guidelines, protocols of media access, election security and news-gathering during the election process.

The Australian High Commissioner, Sara Moriarty delivered the keynote remarks commending the P.A.C.M.A.S.' efforts in delivering election reporting workshops around the region including in Tonga, Solomon Islands, and Vanuatu.

"With the elections quickly approaching it is timely to have a training session focused on the reporting of politics and electoral processes in Samoa," she said.

"Politics is one of the most widely reported topics in the media as we all know, it is without a doubt that during election time, the media plays a key role in reporting on proceedings, proving the public, the voters, with crucial information about candidates, political parties and the election process.

Ms. Moriarty said that electoral communication is an important part of the election process enabling voters to appropriately inform themselves ahead of casting votes.

"The media can play a pivotal role in shaping the interests and attitudes of voters towards the election; the unbiased coverage of candidates, and clarity and explaining of voting processes, influences participation in elections," she said.

"Over the next two days, you'll be hearing from several speakers who will share their expertise which we hope will assist and support your work as journalists to produce balanced and impartial elections coverage."

For the workshop's second day, journalists will hear from speakers including former Deputy Prime Minister and incumbent Lotofaga M.P., Fiame Naomi Mataafa and former female M.P. and lawyer, Maiava Visekota Peteru as well as women candidates from across political parties.