The driver, Mr. Sio claims the car slipped into the water as he went out to inspect the flow (Photo: Vaitogi A. Matafeo)

The Tulaele Ford has been blocked off after another vehicle was swept into the river early Monday morning, the Land Transport Authority (L.T.A.) said.

A taxi from 4Corners Express was left submerged in rushing water, after it was swept off the cement ford.

The driver, who said his name was “Sio”, told the Police at the scene that he did not drive into the water.

Mr. Sio explained that coming from Tulaele village, he intended to cross over to Lotopa through the ford but was apprehensive of the water flow, so he stopped his car on the road to further check out the conditions.

The middle-aged man said as he stepped out of the car, looking over to the ford, the car began slipping into the water. 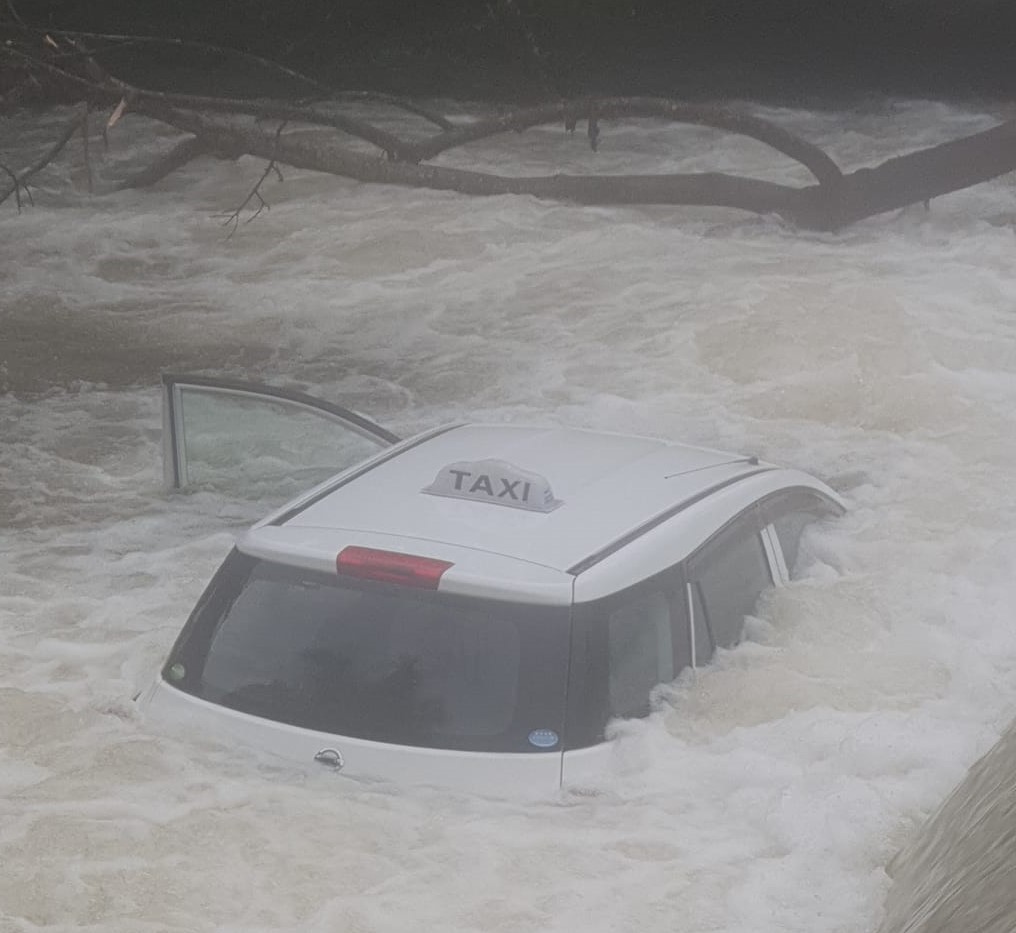 The vehicle was pulled out of the water less than two hours later.

The L.T.A. took to social media to notify the public that the ford is no longer accessible to vehicles due to its slippery surface making it unsafe to cross.

The L.T.A. Chief Executive Officer, Galumalemana Titi Tutuvanu Schwalger said there are existing signages on the roads, warning drivers of the dangers of driving into fords during the heavy rain season.

“We have been sealing off that road, but people always seem to take off the chain that we put across, when they want to cross,” she said.

“We have works in the pipeline to upgrade that bridge, however we are prioritising other crossings because at that crossing there are other alternative routes you can [use to] go around.

“[For] other crossings we are working on at the moment, there are no other alternative routes so they are a priority, however, we still have our works in the pipeline to upgrade the Tulaele bridge.” 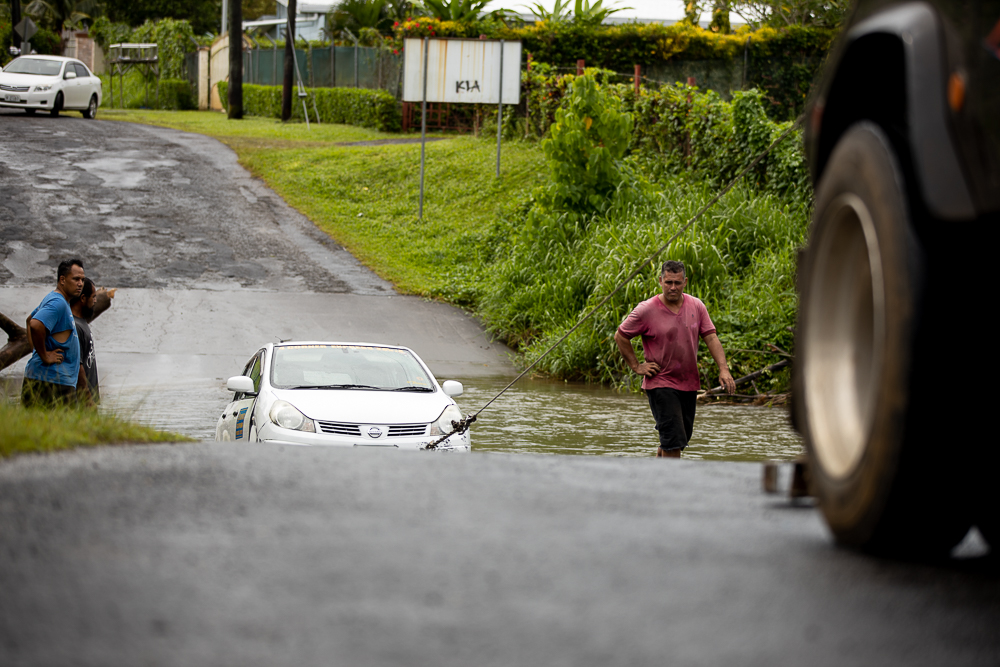 The Nissan taxi is the second car this week to be swept into the river at the Tulaele ford, as a Toyota Corolla also fell victim to the strong river currents on Sunday.

The Samoa Meteorology Office is warning the public to expect heavy downpours with poor visibility, gusty winds, foggy and slippery roads over mountain passes and ranges, as well as pooling near roadsides and waterways.

“An active convergence zone with associated rain and gusty winds lies within the vicinity of Samoa," the Office notice on Monday evening reads.

The system is expected to persist up to Wednesday.

“High waves and swells are expected to elevate above 3.5 metres or more by tonight [Monday] for all coastal and open waters,” the notice continues.

“Therefore, Advisory and Warnings already given out remain enforced for tonight [Monday] together with the high surf advisory valid this evening."