The Minister of Health, Tuitama Dr. Leao Tuitama, has a message to members of the public.

He wants everyone to make a community effort to clean up their surroundings as part of an effort to combat the spread of dengue fever.

During an interview with the Samoa Observer, the Minister gave the latest figures on the dengue epidemic.

“I just received the recent updates and this is the fourth update since the outbreak of dengue last year,” Tuitama said.

“There are now about 2,700 infected cases at the moment and fatality remains at five. The most affected areas remain around the town area.

Responding to questions about whether there was anything more that the Ministry could do to reduce dengue cases, the Minister sighed and admitted that it’s near difficult to contain it.

“What is difficult about containing dengue is the mobility of mosquitos, we cannot control it,” he said.

“We cannot kill all the mosquitos that are infected. They have a range of 100 meters to fly, so if you clean up your area, if one family cleans up their area or sprays around their house a day, it will stop dengue mosquitos from some other area coming and breeding with mosquitos in your living area.”

According to the Minister, the issue of litter in the villages, as well as normal planting practices, makes it almost impossible to combat dengue, unless there is a community effort to clean up their own villages.

“It’s almost impossible. You know our people like to plant around the house. You can see it from the road that families plant a banana plantation and taro plantation.

“The water collection in the stem of the taro, ta’amu and banana, attract mosquitos and they lay eggs in there.

“That’s apart from the rubbish lying around, like empty cans and empty plastic bottles which can collect water, even used tyres. All those things are ideal places for mosquitos to breed.”

Tuitama emphasized the need for personal and community responsibility to their health and safety.

“So it needs every family to get involved in a cleanup. It needs community participation and spirit to clean their whole area.

“If they clean it up to 100 metres from the boundary of the villages, then the mosquitos in the bush cannot access or reach the living area of the villagers.

“To lessen the effect and minimize the spread of infection - clean up. Cut down those unnecessary taro, banana and taamu plants.

“But of course, there are people who still need them for subsistence living.”

Responding to reports of locals resorting to common household remedies to cure dengue such as the esi leaf, the Minister said from a medical perspective, he could not endorse its use.

“I can’t speak on the esi leaf. I’ve never tried and I don’t know of anyone who’s tried it, but I’ve heard people talking about it.

“There are no recorded harmful effects so we have nothing to discourage people from taking it because we have no grounds that warrant any warning to stop people from talking it.

“But also we have been using the esi leaf for a long time to tenderize octopus meat by wrapping it, ever since I was young.”

In its fight to stop the sale of one of Samoa’s largest and most ancient structure the Alii ma Faipule of Vailoa Palauli has created a petition to stop the transaction for the more than 1000 acres of land. 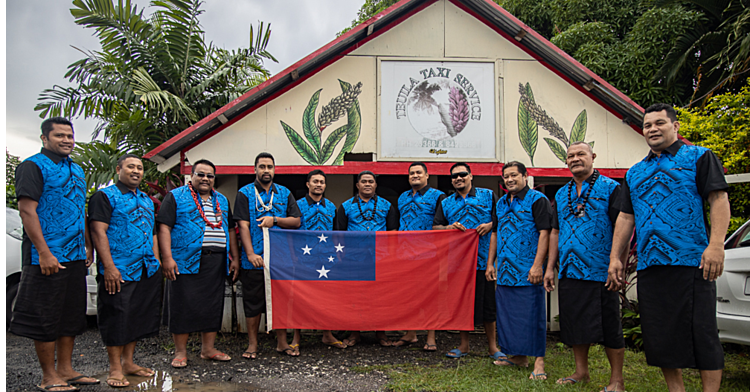